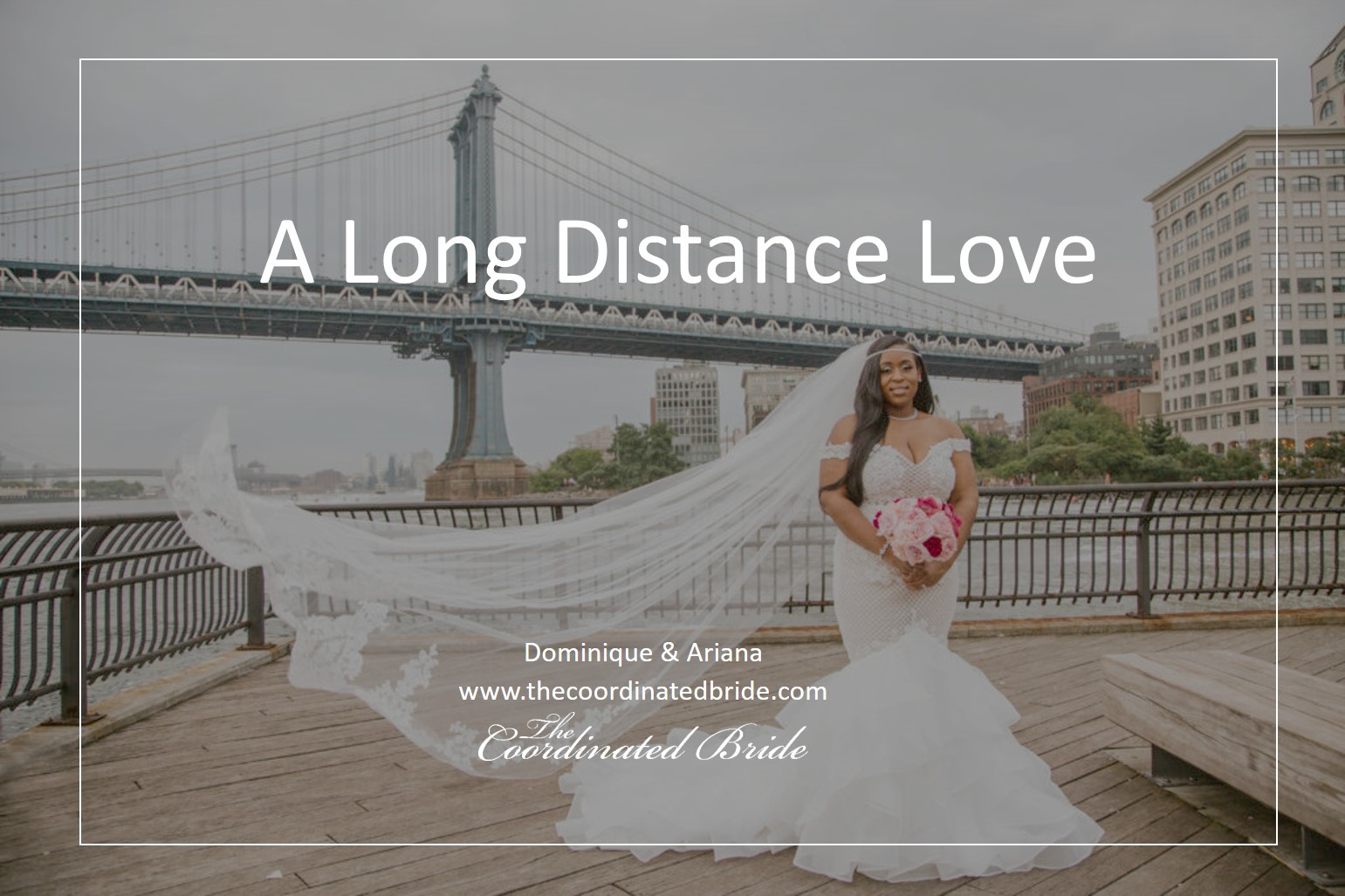 Dominique and Ariana met in college at Lincoln University, when Ariana was a freshman and Dominique was a sophomore. As a sophomore Dominique was a student leader. A student leader comes to school a few weeks early to help the freshman get situated before the upper class men arrive. Dominique says he saw her that first week and was taken back by her beauty,  but was very shy to speak to her. So he did what most guys would have done, he found her on Facebook and sent her a message!

During Ariana’s second semester of her freshman year, she transferred back to a school in Brooklyn but the two continued to grow their relationship through long distance. Their first real face to face was Dominique taking the mega bus from DC to NYC to come pick her up, so that they could take the bus together back to DC. After that semester was over, Ariana transferred right back to Lincoln for him… and of course her education.

The Proposal – as told by Dominique

The engagement was a big deal because I planned a big surprise in DC and rented a movie theater out. My plan was to pretend to take her to a movie and our whole family would be in the movie theatre and before the movie began a 5 minute clip that I made would play. This clip was me basically explaining how much I love and care for her. Also at the end of the clip I asked her to marry me. That was the great plan. I made the clip and everything was a go. The day before our big movie date as we are driving to DC we get a phone call from her mom saying that her mother’s boyfriend had passed . This took us for an emotional roller-coaster. At the moment I decided that we needed to stay in NY and to be with her mom and family. I called off my big movie idea because family always comes first . So my next plan of action was that we were going on vacation in a few weeks for our birthday in the Dominica Republic. So I decided that at dinner I would tell her that I had a funny video for her to watch on my phone. As she was watching the video and crying she would turn around and I would be on bended knee with the ring. So that worked as planned on her birthday. I proposed to her at dinner with my five minute movie clip.

Dominique and Ariana tied the knot in a beautiful pink, gold and ivory ceremony and reception in Brooklyn, NY at 26 Bridge. Check out the beautiful images of their wedding day captured by Linda McQueen Photography.