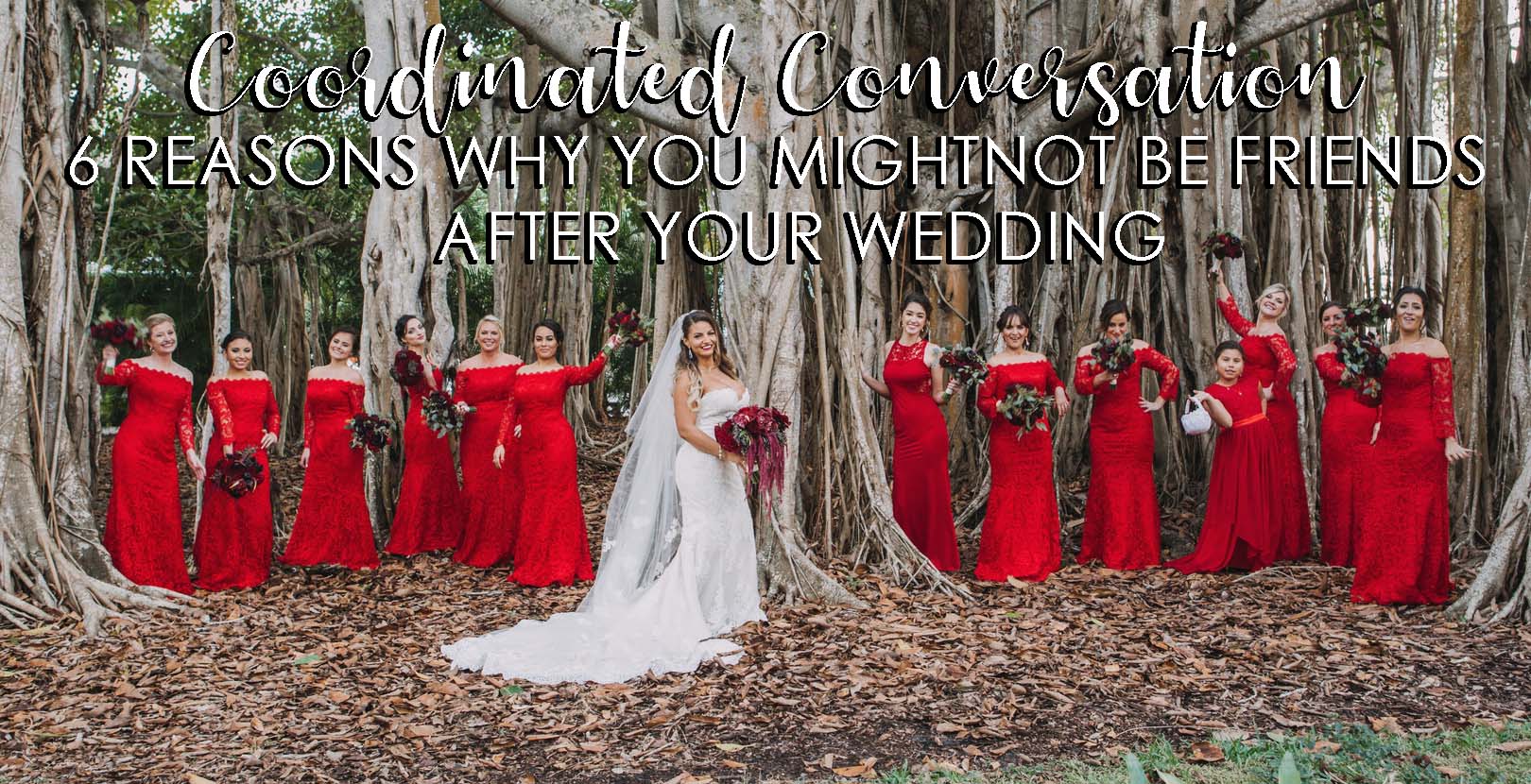 Coordinated Conversations: 6 Reasons You Might Not Be Friends With Your Bridesmaids After The Wedding

Wedding Planning is over, you’re down the aisle, finally decompressing and thinking about the whirlwind of emotions that brought you to that day. You reminisce about the events in-between and the friends that took part and the sad truth is, during the planning process, sometimes  those relationships become strained. Sometimes there’s a chance you won’t maintain the friendship you once had with some of your bridesmaids. It certainly isn’t how you want to look back at your wedding festivities, gaining a husband but losing a friend, but in other instances maybe it was a long time coming. At the end of the day there are many reasons why friendships might fall off after a wedding but hopefully future Bride-To-Be’s can avoid this, check out our list below!

Whether you intend on it to happen or not, falling out’s happen and sometimes its during the biggest moment of our lives. Maybe it’s true that “true colors show” during times like these but it’s also important to remember there are ways to avoid these issues. Pick bridesmaids that you know you can depend on, not seasonal friends, but those that have truly stuck by you. Remember to check in on their lives, ask them how things are going and don’t lead every conversation with wedding topics! Friendships work both ways and it’s important you don’t lose focus of it!