Mr. Right was Right Under My Nose

Couple: Bindi Budhu & James Ramsawmy
Wedding Date: May 21st, 2016 (Hindu Ceremony) and May 28th, 2016 (Christian Ceremony & Reception)
Wedding State: New York
How we met: James and I had a very unconventional courtship, the right guy was always under my nose, but the timing was never right.

We first met during our freshman year of high school through mutual friends.  After school we’d walk to the train station in one big group, often immersed in our own separate conversations. We barely spoke to one another, besides a casual “hi” or “bye” at that time. We eventually found ourselves in the same music class, and as faith would have it, we’d be sitting a seat apart. At this point we practically had no other option than to get to know one another beyond a first name basis. In no time we began passing notes to one another finding a few similar interests. At the time we were both in relationships, so our freshly formed friendship was just that. As the school year dwindled to an end, so did much of our interactions.

Our sophomore year of high school was when things truly changed. James and I once again found ourselves in the same class, this time with our mutual friends as well. We managed to get seats right beside one another and I was happy about that. Whenever I was unprepared for class (which was almost every day), he would share his books with me so I wouldn’t get any heat from our teacher. As the year progressed, we got more and more comfortable and talkative with one another. It came to a point where we would constantly get yelled at by our teacher for talking, and sometimes we weren’t even talking to begin with!

The ironic thing was at the time, most of our conversations consisted of me talking about my boyfriend problems and him giving me advice. He was a great listener, and it was nice having a male point of view on all the teenage girl drama I had going on. It soon became routine for him to walk me to my other classes, he would even go out of his way to take the train with me (which was in the complete opposite direction from where he lived) – just to hang out for a little since I had to be home at a specific time. It was great having a friend like him, and it’s weird looking back now, not noticing all the signs that were there all along.

When our sophomore year ended, summer began and James and I talked every day for the entire two months we had off. Whether it was about school or nothing relevant at all, he was simply someone I HAD to speak to everyday. That was the summer where he told me he had a crush on me, but I was going through a breakup and admitted that he was just a friend, but somehow those words stuck with me for the new school year ahead. Was he just my friend? When he talked about other girls I’d feel weird, and wouldn’t even know why.  On the first day of junior year, seeing him for the first time after talking all summer long, felt different. It was a complicated year of mixed feelings, and going back and forth, but eventually I decided to take the leap. The only problem was when I was finally ready, he was apprehensive about things. Once again timing was not our side. After many long conversations we both agreed that we owed it to ourselves to take the next step and see where things could go. When people meet us now, they always say we have the perfect relationship, and we both laugh. In reality we’ve dealt with the same things every other couple has dealt with, the only difference was we picked and chose our battles and knew we wanted this to work out, so we pushed through, no matter what obstacles came our way, and trust me – we had our fair share of obstacles. 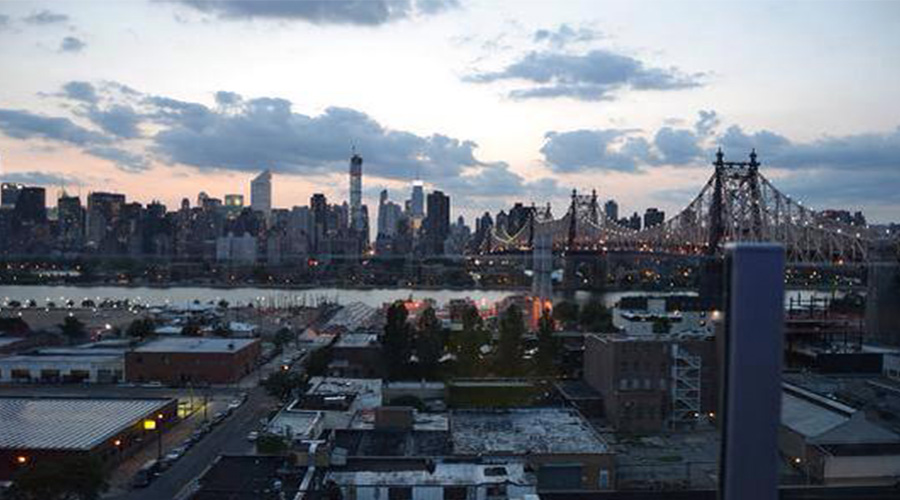 How he proposed:  Fast forward 6 and a half years later; what was once awkward stares turned into a budding romance. We went to our high school prom together, graduated high-school together, attended the same college, graduated college together, secured full time jobs, and turned 23 by each other’s side. The world was in our hands, the future was bright, and this was when he proposed. What I had thought to be a dinner for our anniversary, turned out to be a rooftop proposal. It’s funny because the entire day, I had a feeling in my stomach, a weird anxious feeling. We arrived at Z-Hotel and entered the elevator, where James started acting pretty weird. We got to the rooftop and right before the elevator doors opened he looked at me, smiled and took my phone out of my hands. I mouthed the words “you’re being so sus-“ and before I could finish my sentence, the doors opened, and a sea of faces were in front of me. Our closest friends, a candle lit path, “All Of Me” by John Legend playing and rose petals scattered all over. I could barely grasp what was going on as we stood in front of everyone and James dropped down to one knee. I instantly put my hand over my mouth because I was, for once, speechless. I couldn’t even gather my answer because I was so shocked! My friend yelled “SAY YES!” and of course that’s when I did. It was exactly what everyone says it will feel like, magical. I was happy, blown away, and most of all surprised beyond belief that he was ready and willing to take the next step with  me. 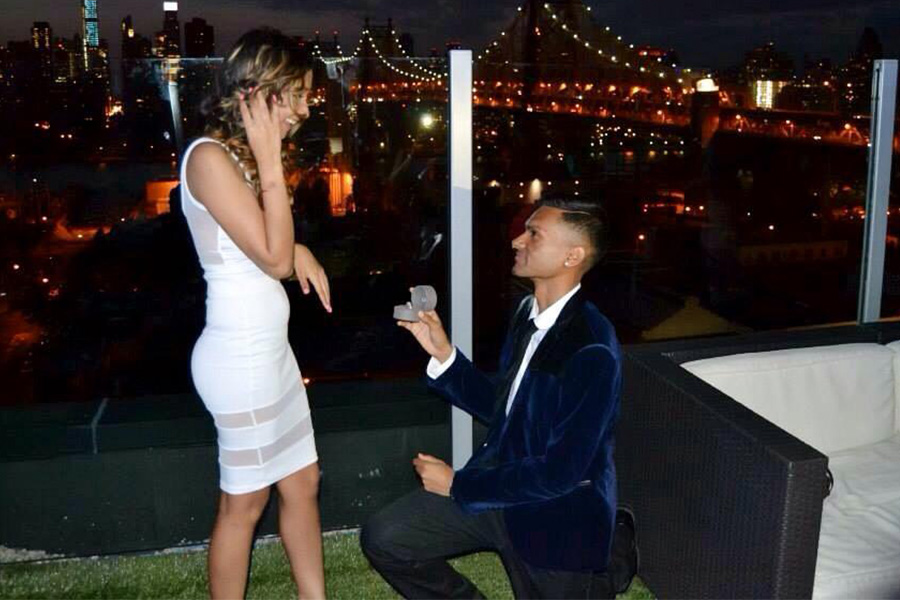 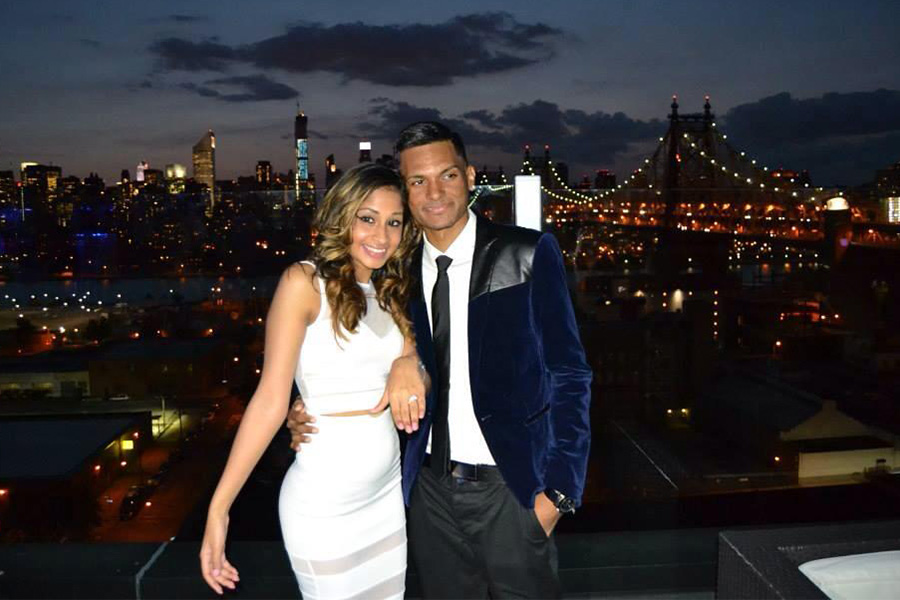 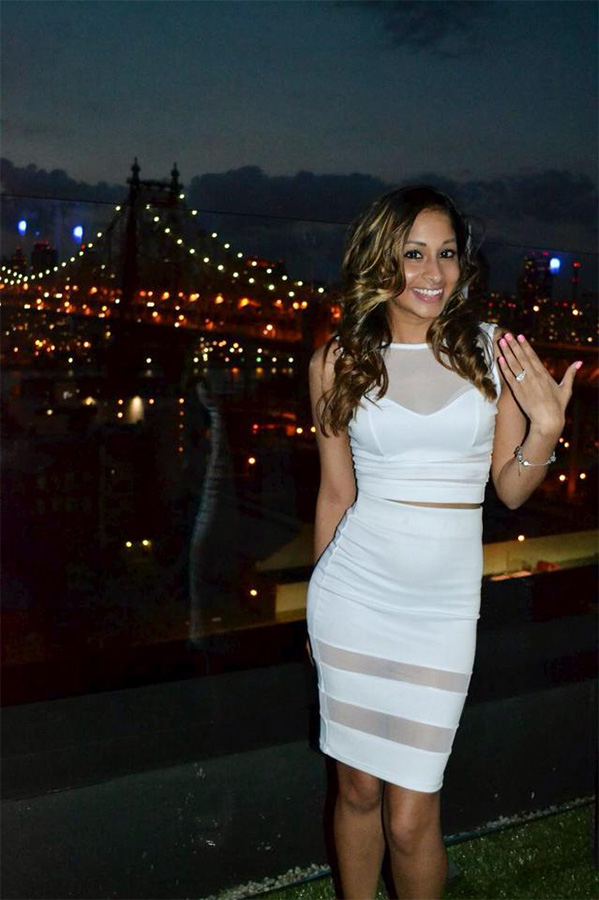 After the proposal James surprised us with a dinner he had planned as well. When we sat down I joked and said I was so shocked I didn’t even hear him say the words “will you marry me” so he whispered it into my ear for me to hear it again. I still smile to myself to this day thinking about that. 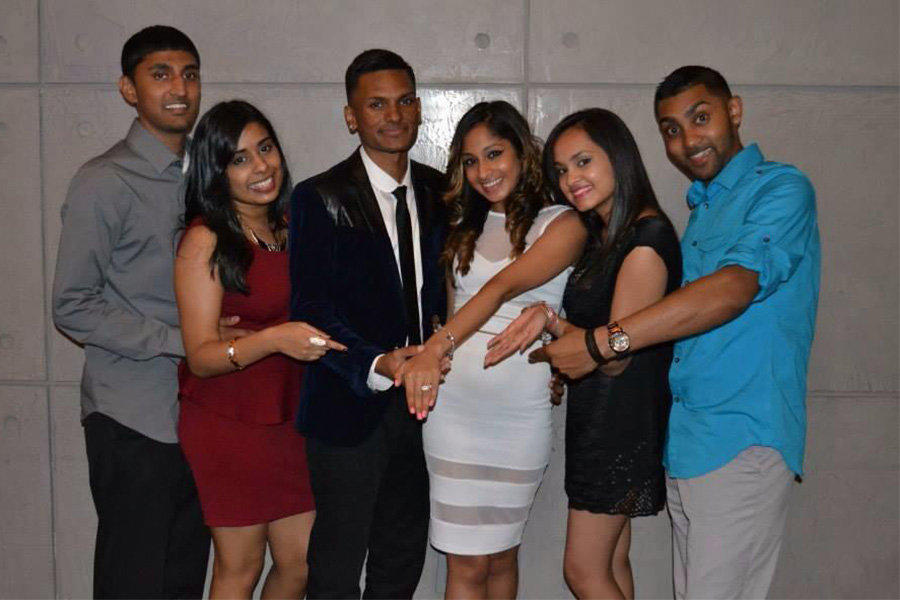 We have now been engaged for over a year and our wedding is set to be May 28th, 2016, with a Hindu ceremony the week prior. As far as the wedding planning process is concerned, we jumped into planning right after the proposal and have almost ALL of our vendors booked already. Starting the planning process sooner than later helped a lot when it came to our finances.  Knowing all of our expenses ahead of time has been great when it comes to budgeting. We’ve picked our venue, bridal party, florist, makeup artist, DJ, and wedding attire!

While many people say wedding planning is stressful, it has been fairly easy, maybe mostly because my fiancé has played a large role in helping us figure things out. Whenever I get tired of searching for something, he finds it. When I’m sad about not having things a certain way, he gets it done. He’s always taking the initiative into doing whatever it takes to make this the most memorable time of my life  which makes our soon to be nuptials all the more exciting. Realizing our wedding is almost six months away makes it even more surreal, and to be honest, I truly cannot wait! 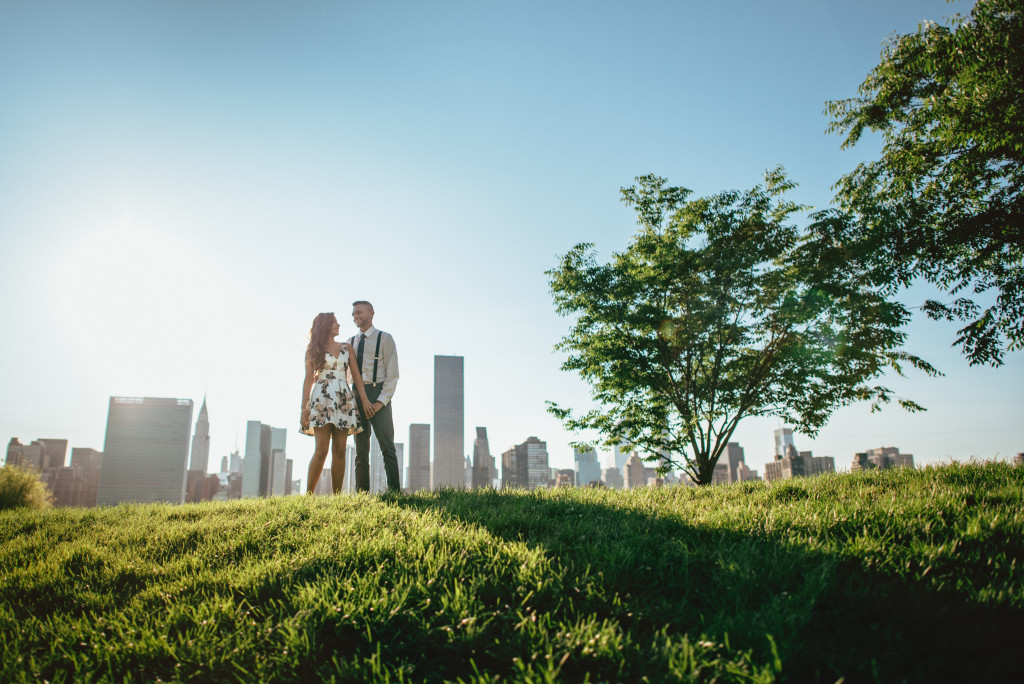 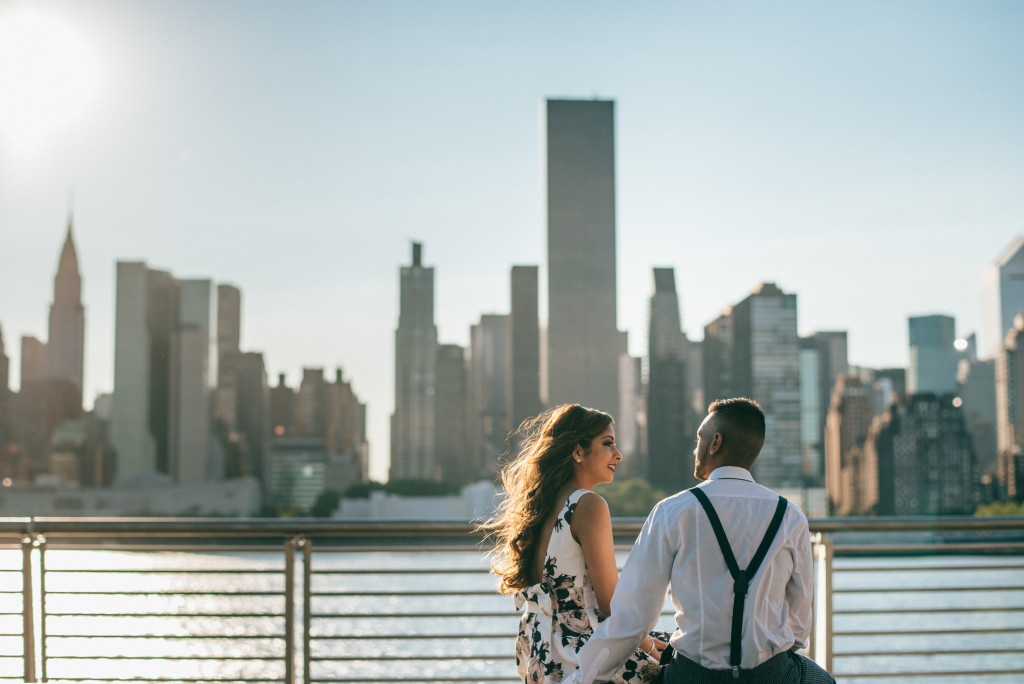 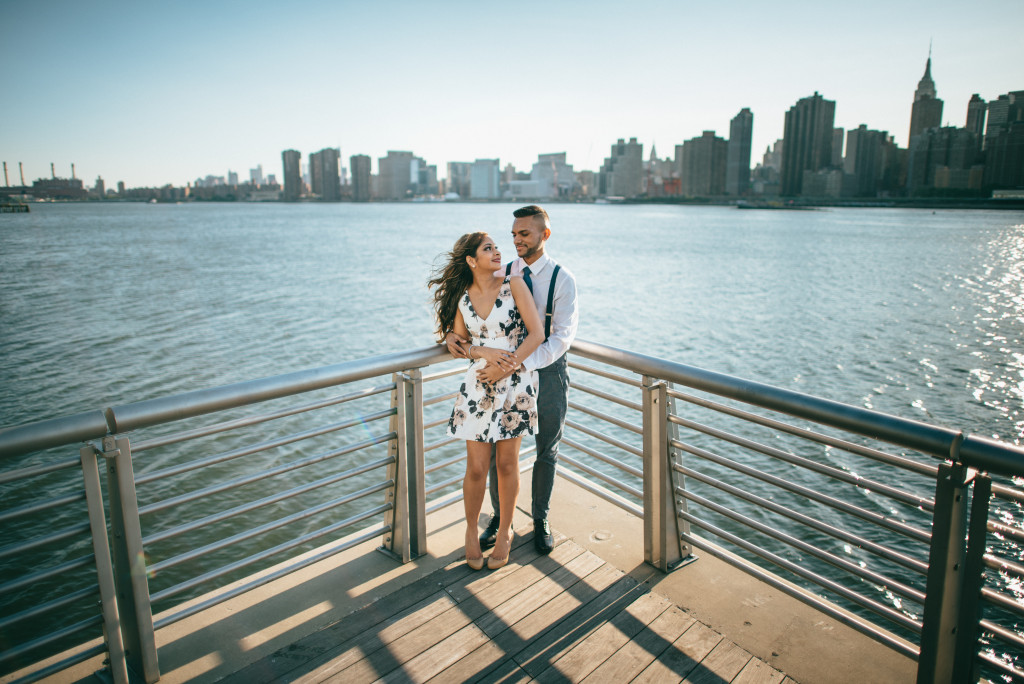 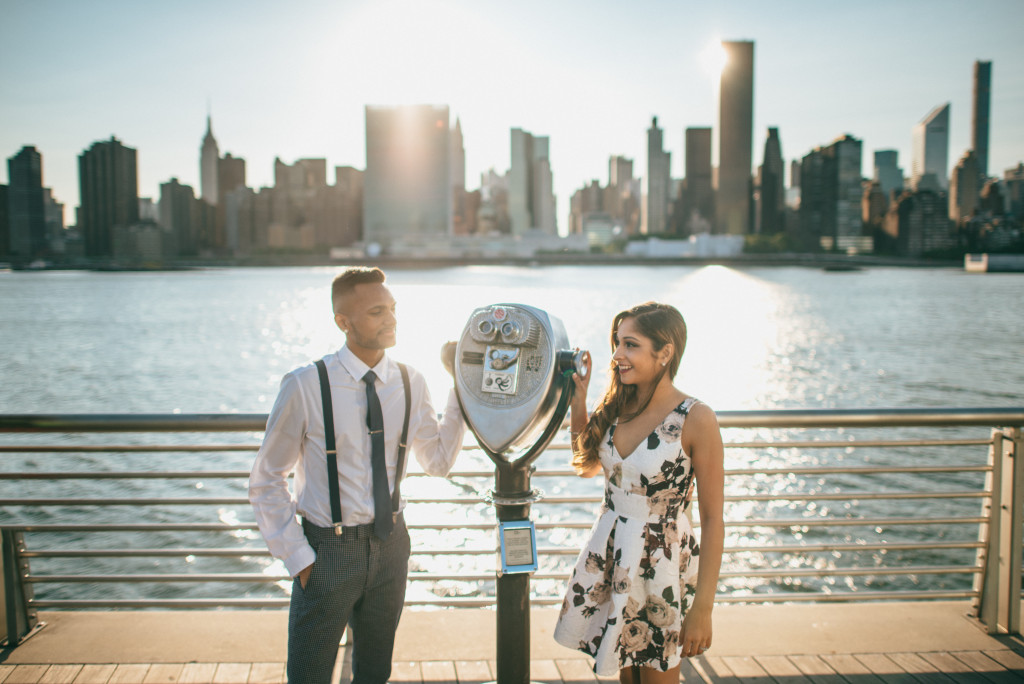 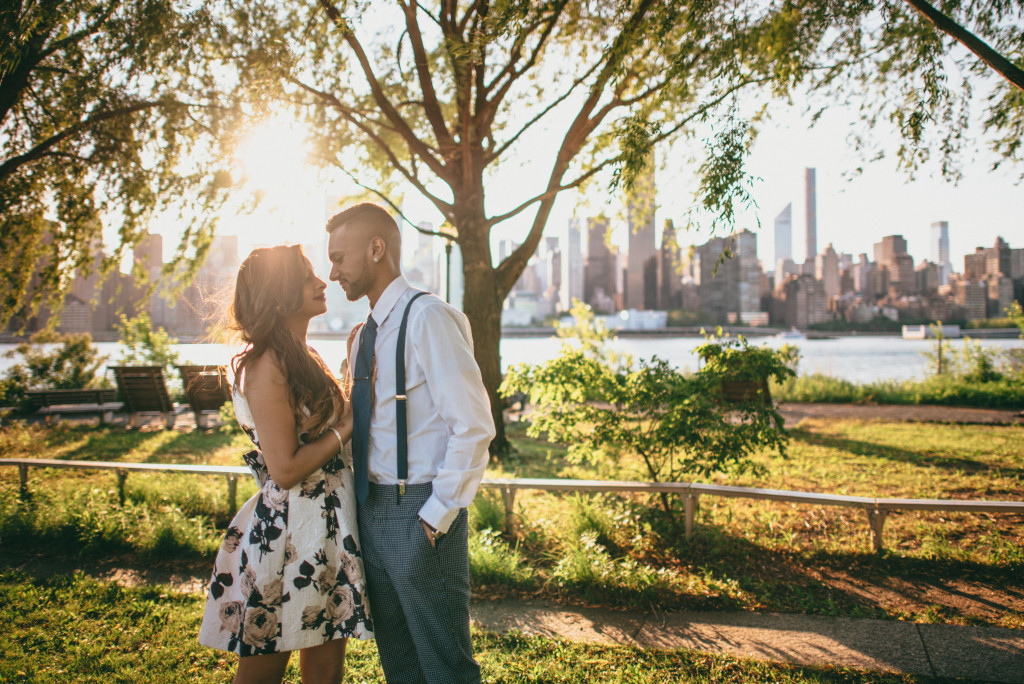 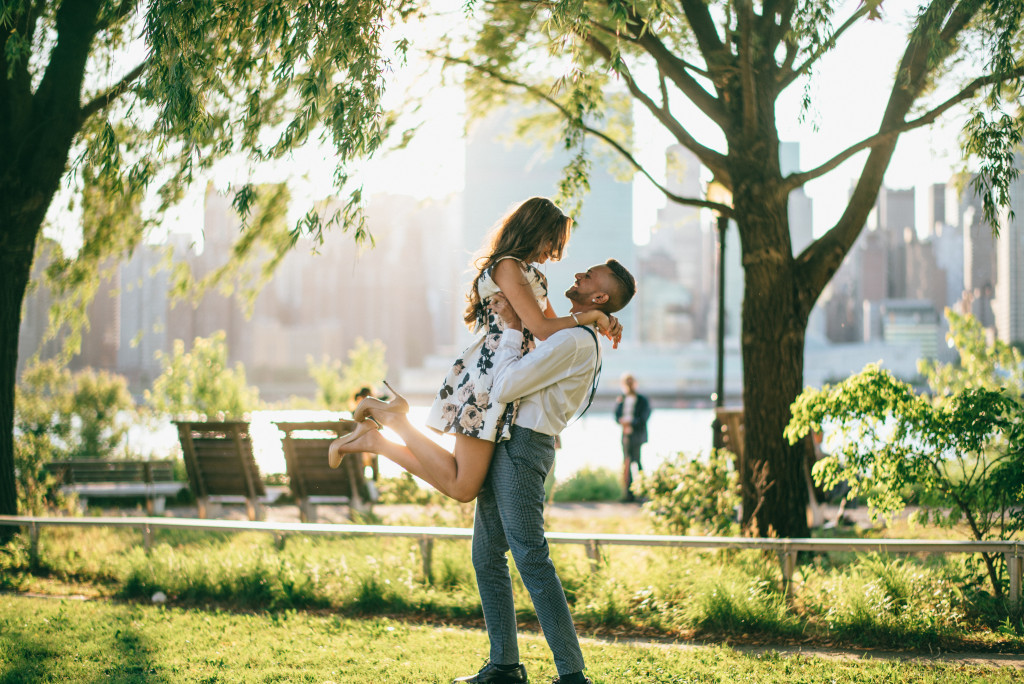 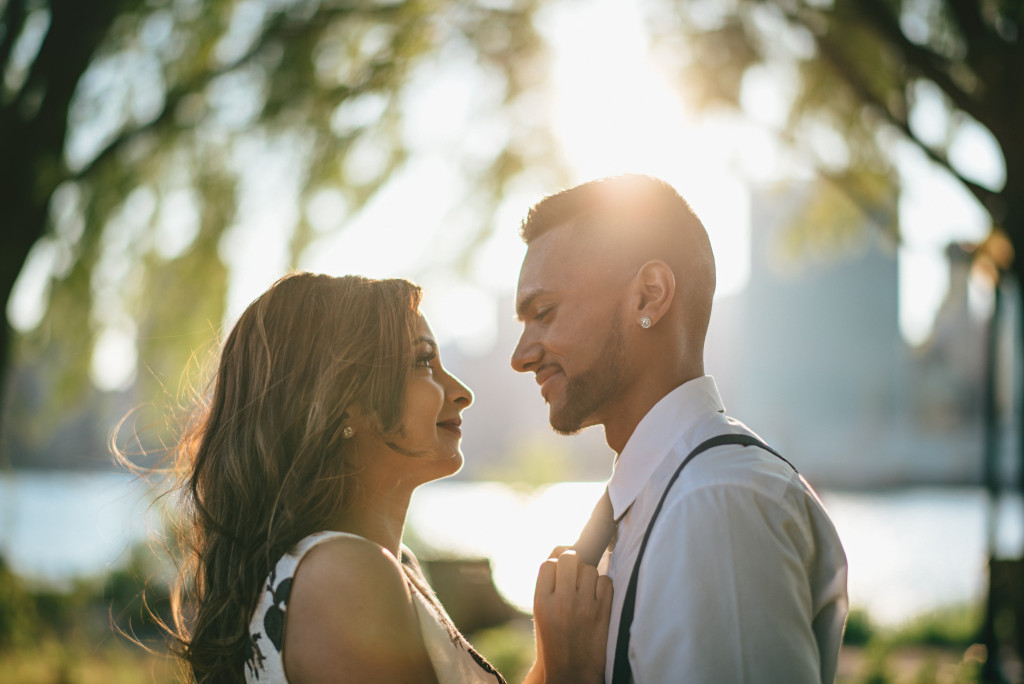 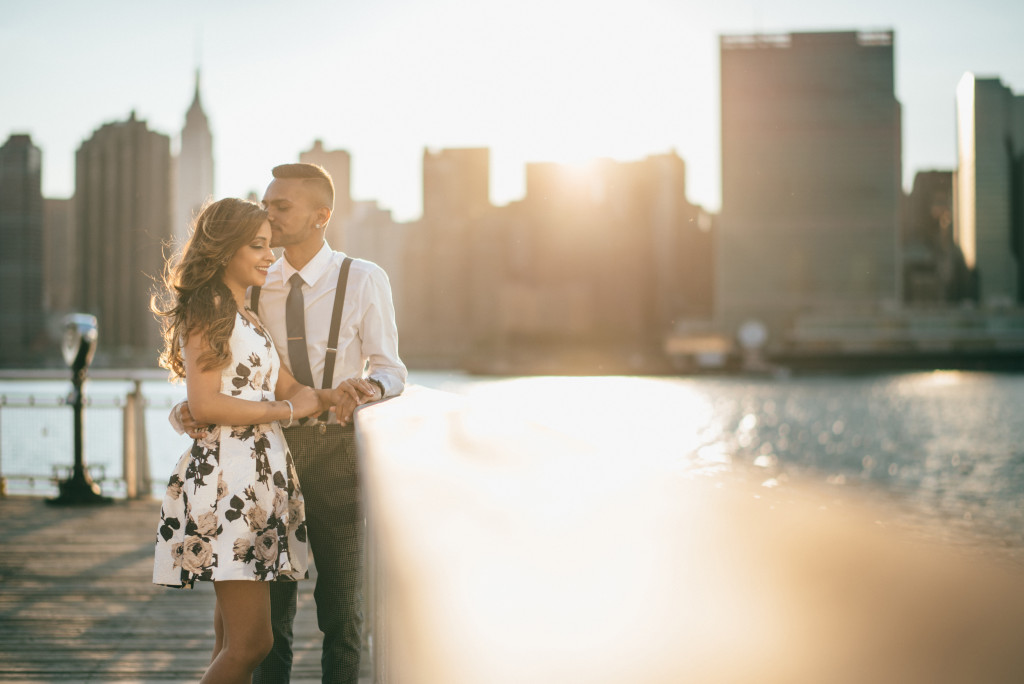 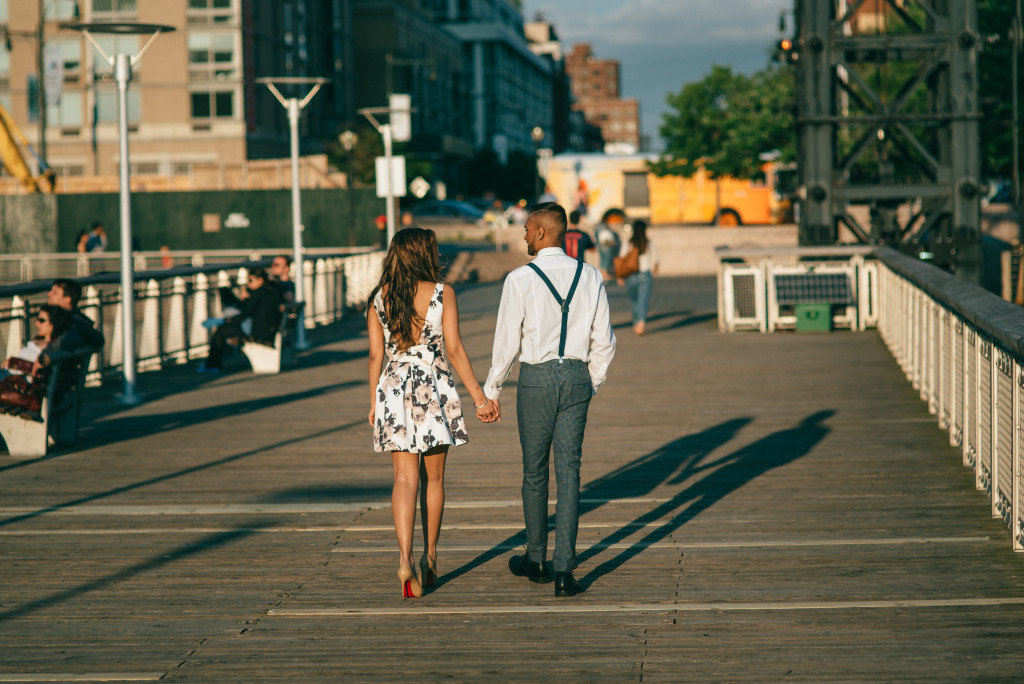 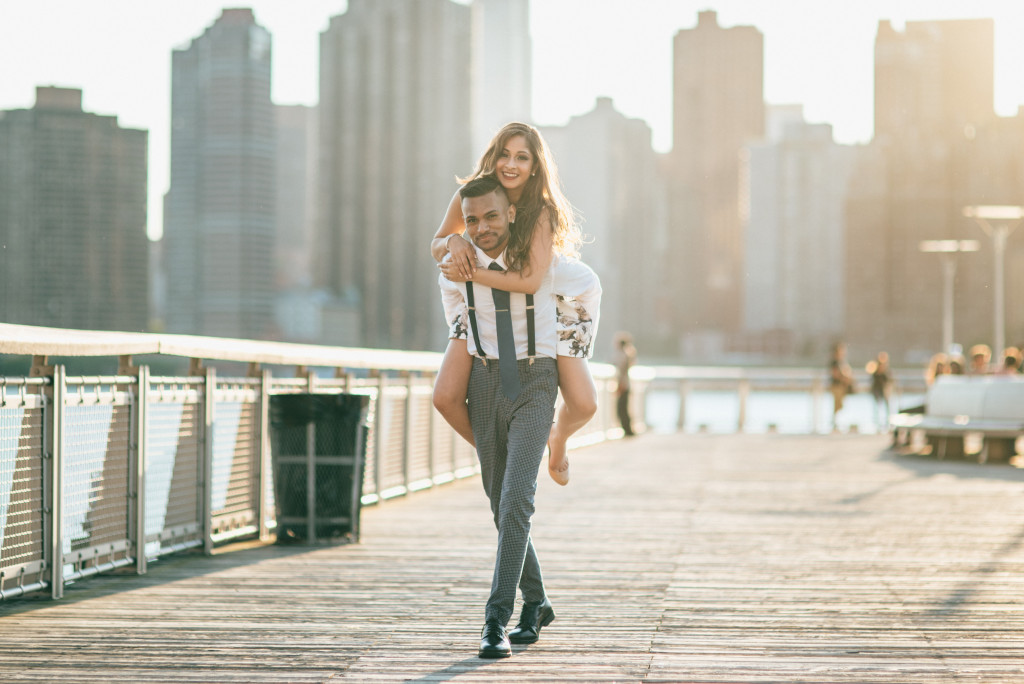 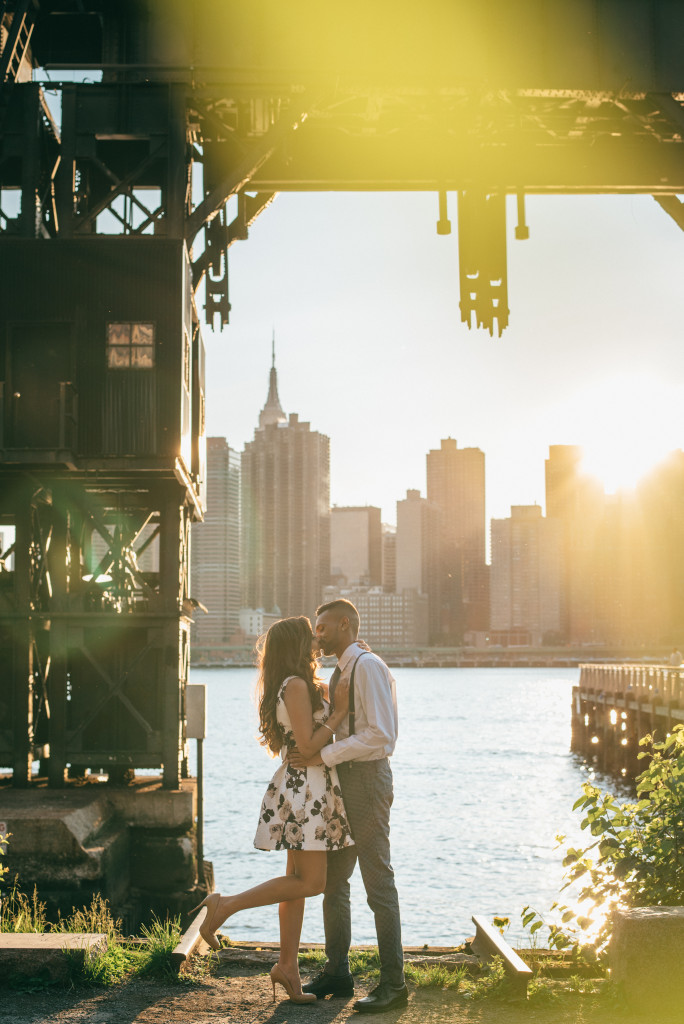 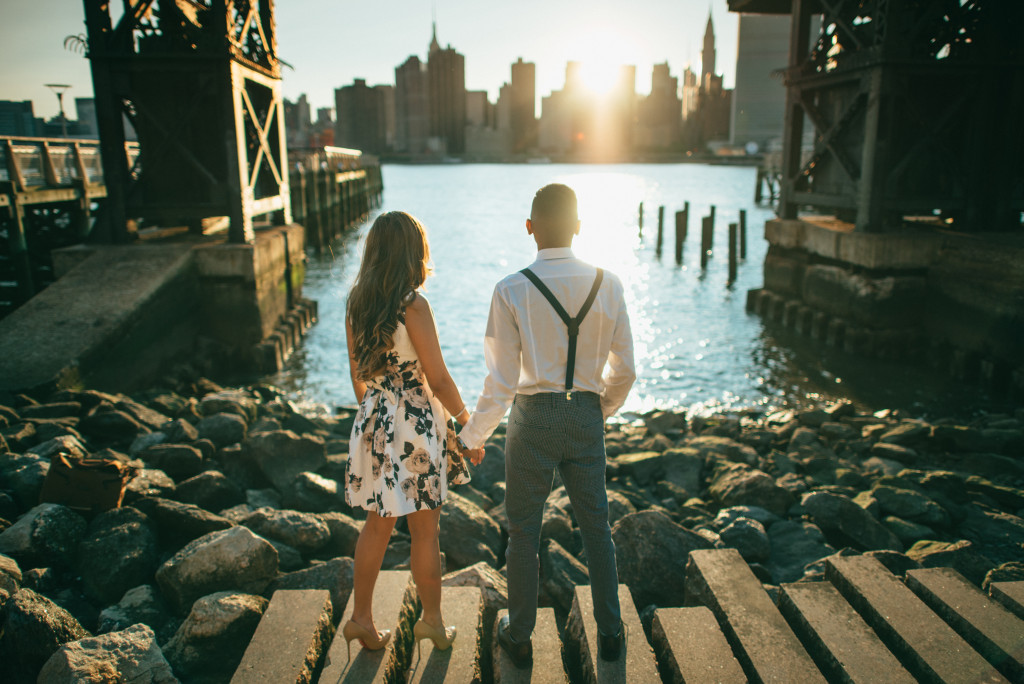 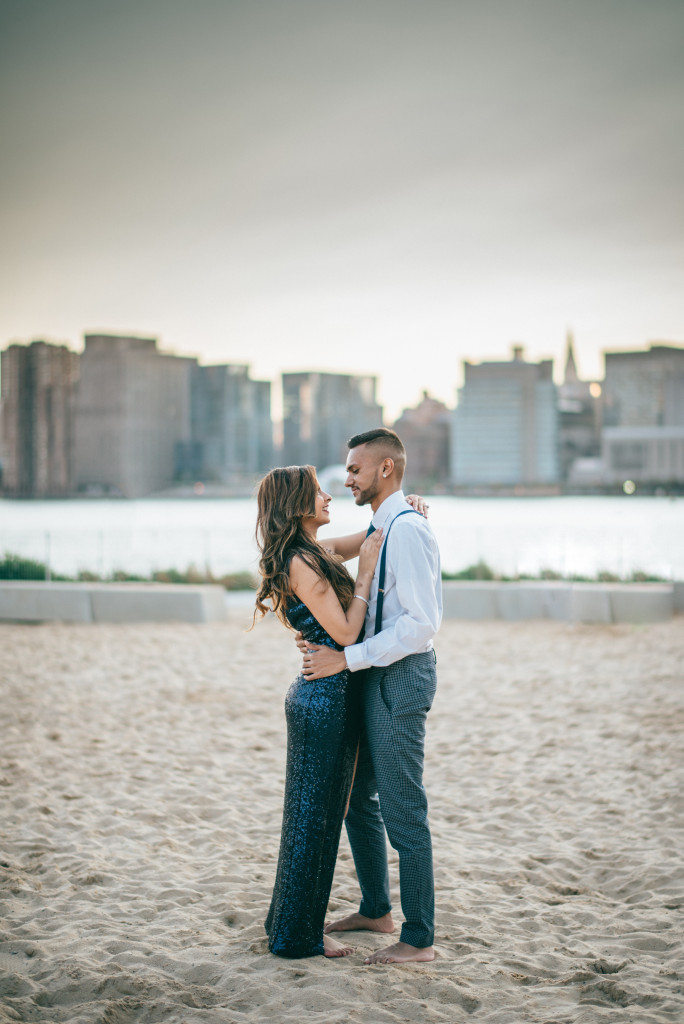 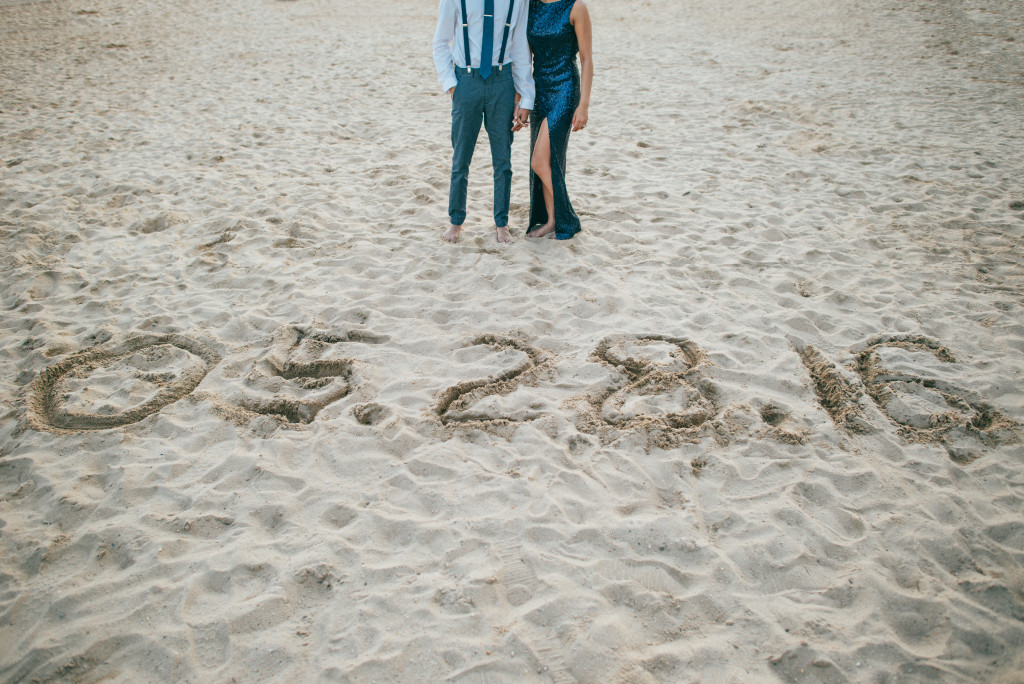 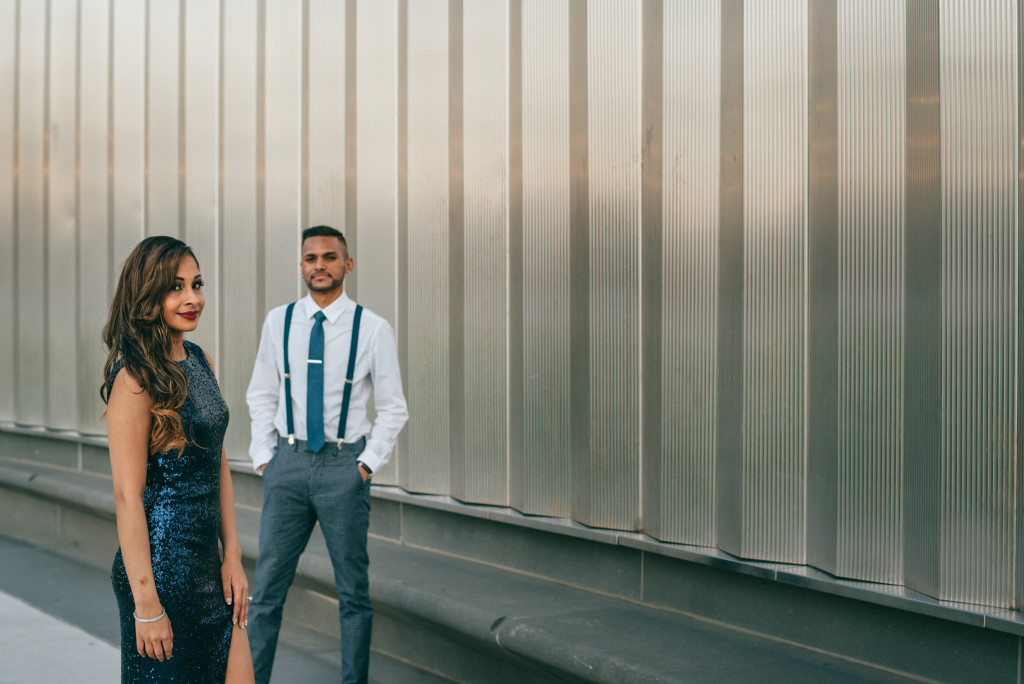 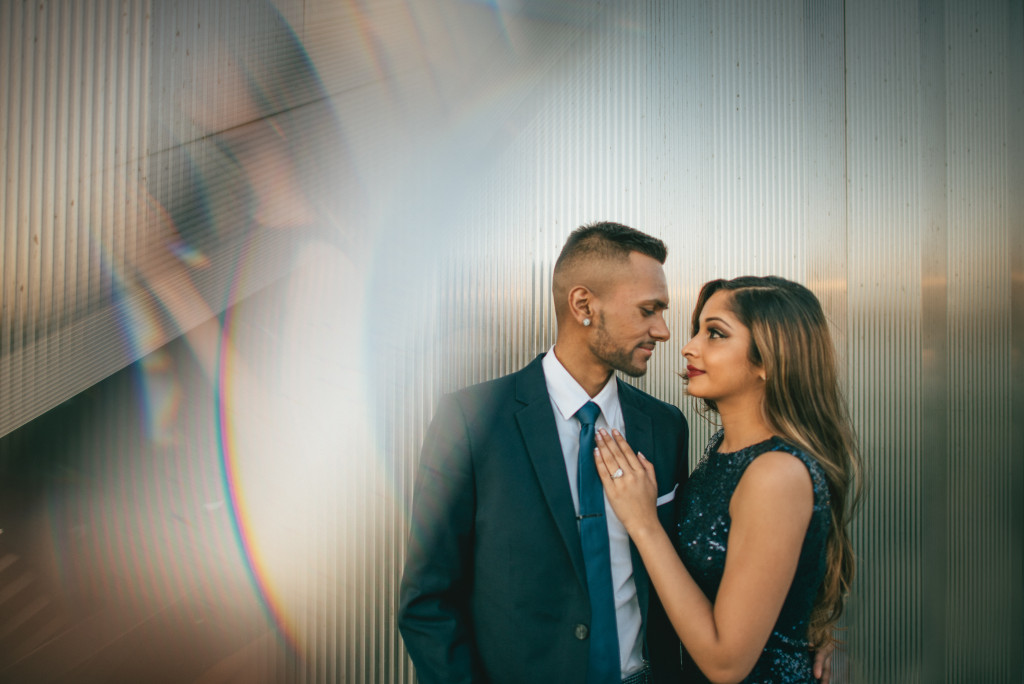 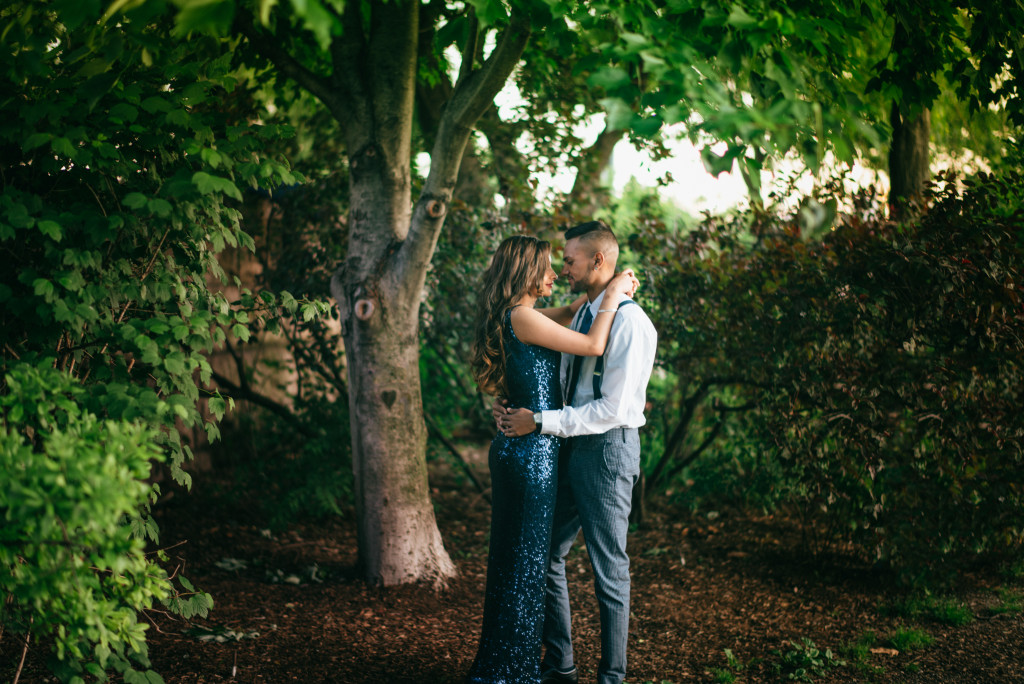 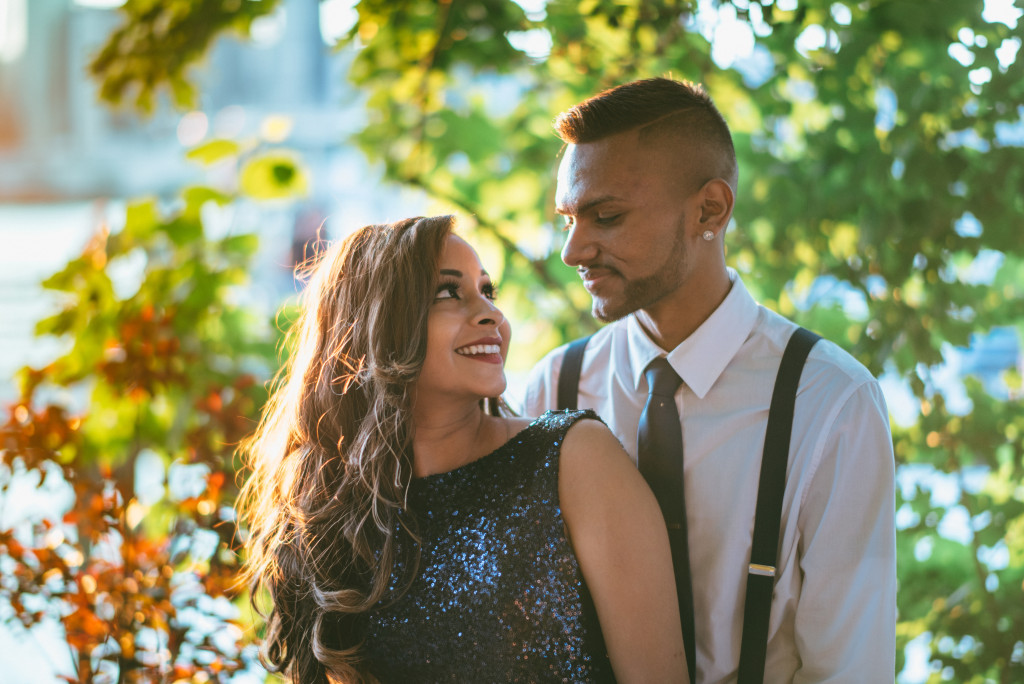 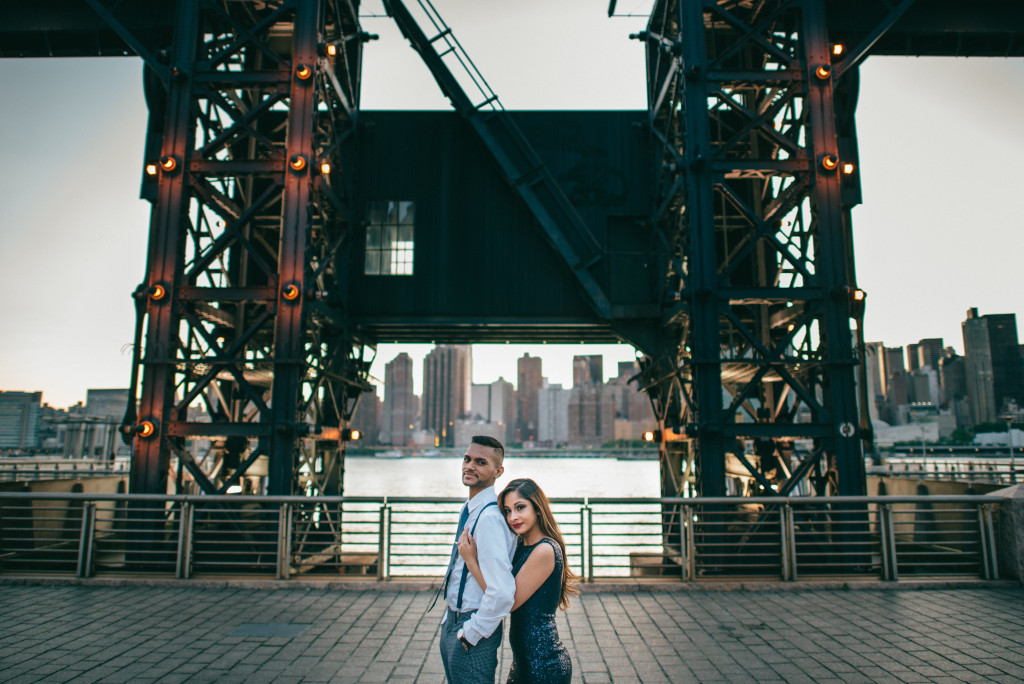 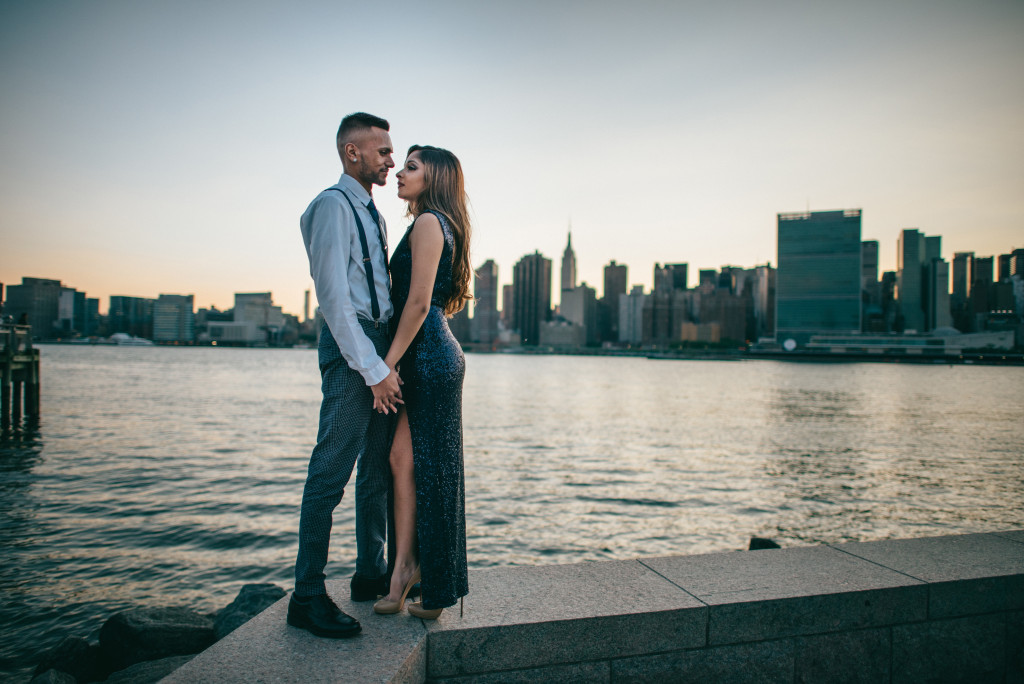 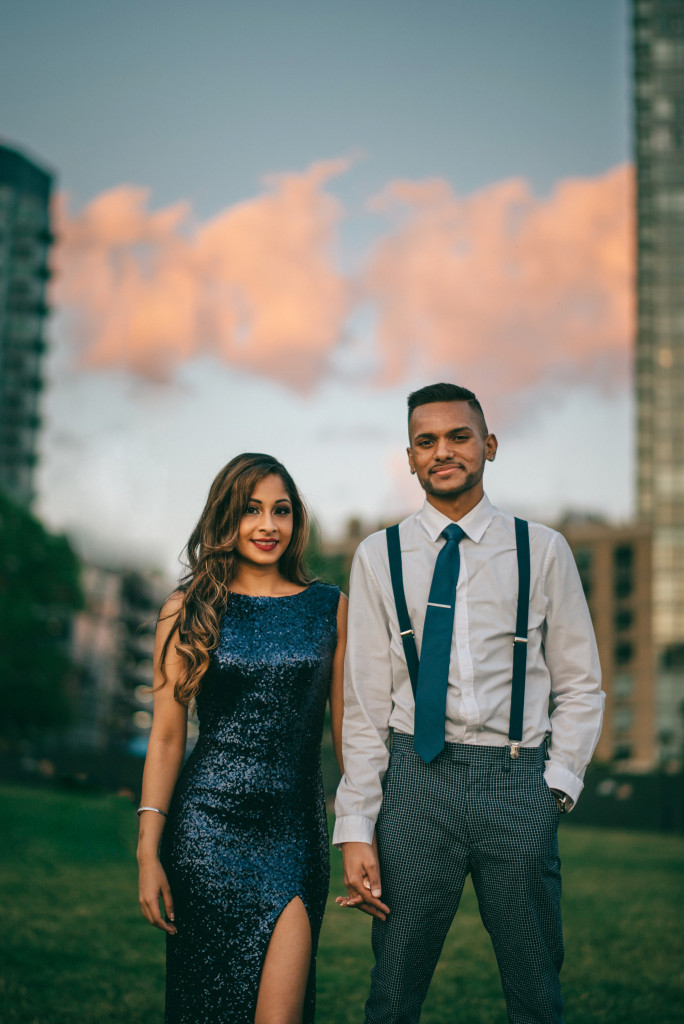