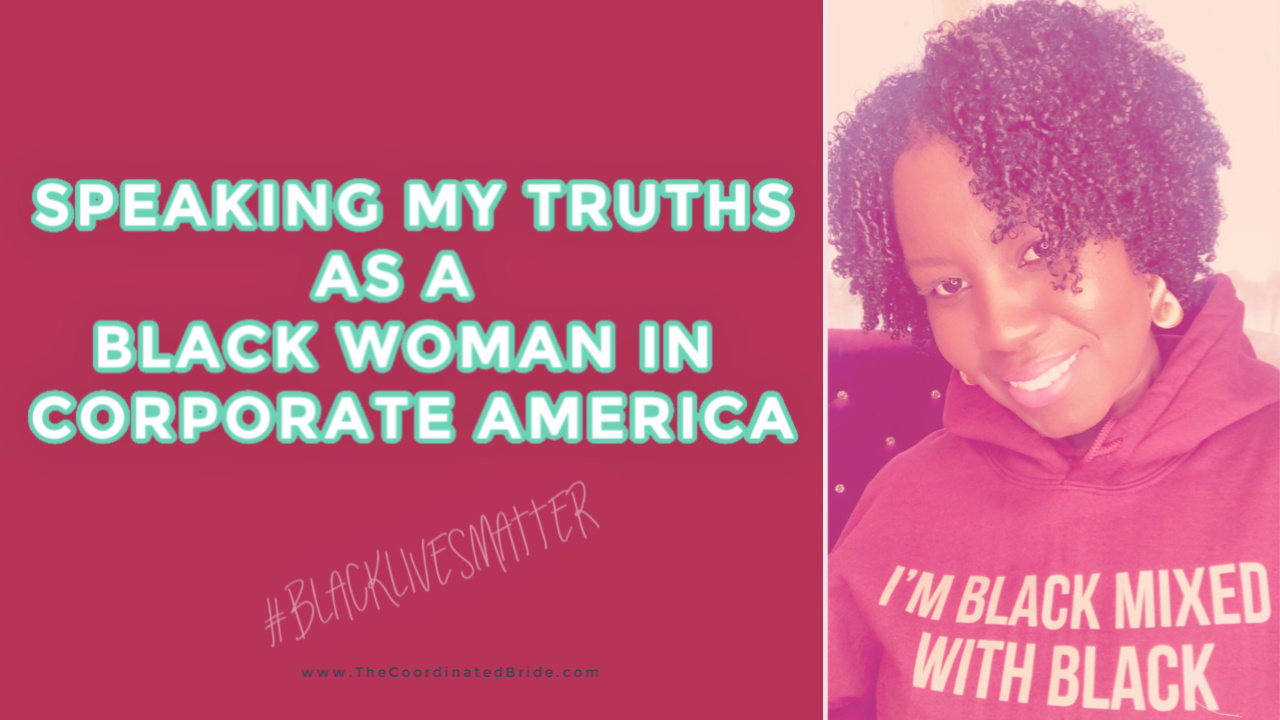 My Truths as a Black Woman in Corporate America

I am a black woman. I’m an immigrant. I’m a black woman who is an immigrant who was raised in ENY, Brooklyn, once called “one of New York’s worst killing fields”, Trust me, “Life for me ain’t been no crystal stair” ( #mothertoson by #LangstonHughes )

I am tired and calling for an end to racism (structural/systematic, societal, individual) and the prolonged culture of corruption. I post pretty but I’m hurting right now and I need to not only speak up but I need to speak publicly and demand accountability. WE need to take control of the narrative.

The occurrences of this week just add on to the history of power and privilege in America and across the globe. The anger and the protesting are in response to the systemic failures that have plagued Black communities for decades. Don’t ever forget, way before Amy Cooper there was Carolyn Bryant who falsely accused Emmett Till. Remember the Central Park 5? We’re experiencing deja vu, just like our parents and their parents before them experienced deja vu. These protests represent years of suppressed anger and pain culminated into action. We’ve been here far too many times and the cycle of injustice and inequality stops now. The time is now.

Silence is what prolongs and sustains the status quo. Silence and lack of action are no longer acceptable. Will you join me in speaking up? Speaking bravely?

I did just that today. I spoke up and I spoke bravely.

I spoke my truth to my peers in corporate America. I told them about the struggles of coming to America and growing up in ENY as an immigrant. I told them about my mom wanting me to lose my Jamaican accent and her saying that giving me a french name would benefit me later in life. I told them about the struggles and stigma around being a darker skinned black person. I told them how a friend once asked “when did dark skinned girls make a comeback” when guys were more attracted to me than her at a party. I told them how a white female coworker once blatantly told my boss that I was rolling my eyes and my neck being and angry black woman during a non video conference call – yes non video. I told them how Someone recently accidentally on purpose sent me an e-mail with the phrase “of COARSE” instead of “of course”. I told them that the first question the police ask when they pull me over is “Whose vehicle is this?” I told them that several of my neighbors politely asked how long I would be renting the house not even considering that I was the new owner. I told them that statistically even if a black and white woman graduate with the same degree at the same time, the white woman’s starting salary would be higher.

I had so much more to tell them but then a few people apologized for what I’ve been through. I suggested that they provide empathy but not to apologize to me for what I’ve been through unless they’re the ones who did it to me. Were they apologizing because they finally acknowledged their white privilege? Even if you know in your heart that you’re not racist, it is possible to have implicit (or unconscious) racial biases. Apologizing serves as both sword and shield, the apology diminishes my story while attempting to have me stop speaking my truths – truths that some of them were not ready to hear. The goal was to have them listen and learn. You’ll be surprised how many are willing to listen and learn. Goal achieved.

On June 4th I also participated as a panelist in the “Protest or Progress? Actions, Reactions and the State of the Black Events Industry” Zoom conference. The call was conceptualized by D. Concierge, sponsored by Munaluchi Bride, The Black Table and The B Collective and was moderated by Papered Wonders. It was an important and necessary discussion with some of the industry’s leaders to navigate the current climate of our country and desperately search for the initial steps toward change.

In the spirit of #WalkitLikeITalkit and demanding accountability from everyone – including myself, June 2 was also election day in my home state of Pennsylvania, so I exercised my constitutional right and I Voted! In addition to PA, Primary Elections were held in New Mexico, the District of Columbia, Rhode Island, Maryland, South Dakota, Indiana, Montana and Iowa. Other Primary Election dates include June 9th: West Virginia and Georgia, June 23: New York and Kentucky and June 30: Colorado, Utah and Oklahoma. Vote the change you want to see in the world.

Be safe. Communicate with your loved ones. Educate yourself. Start a dialogue. Donate. VOTE.
Stay safe.