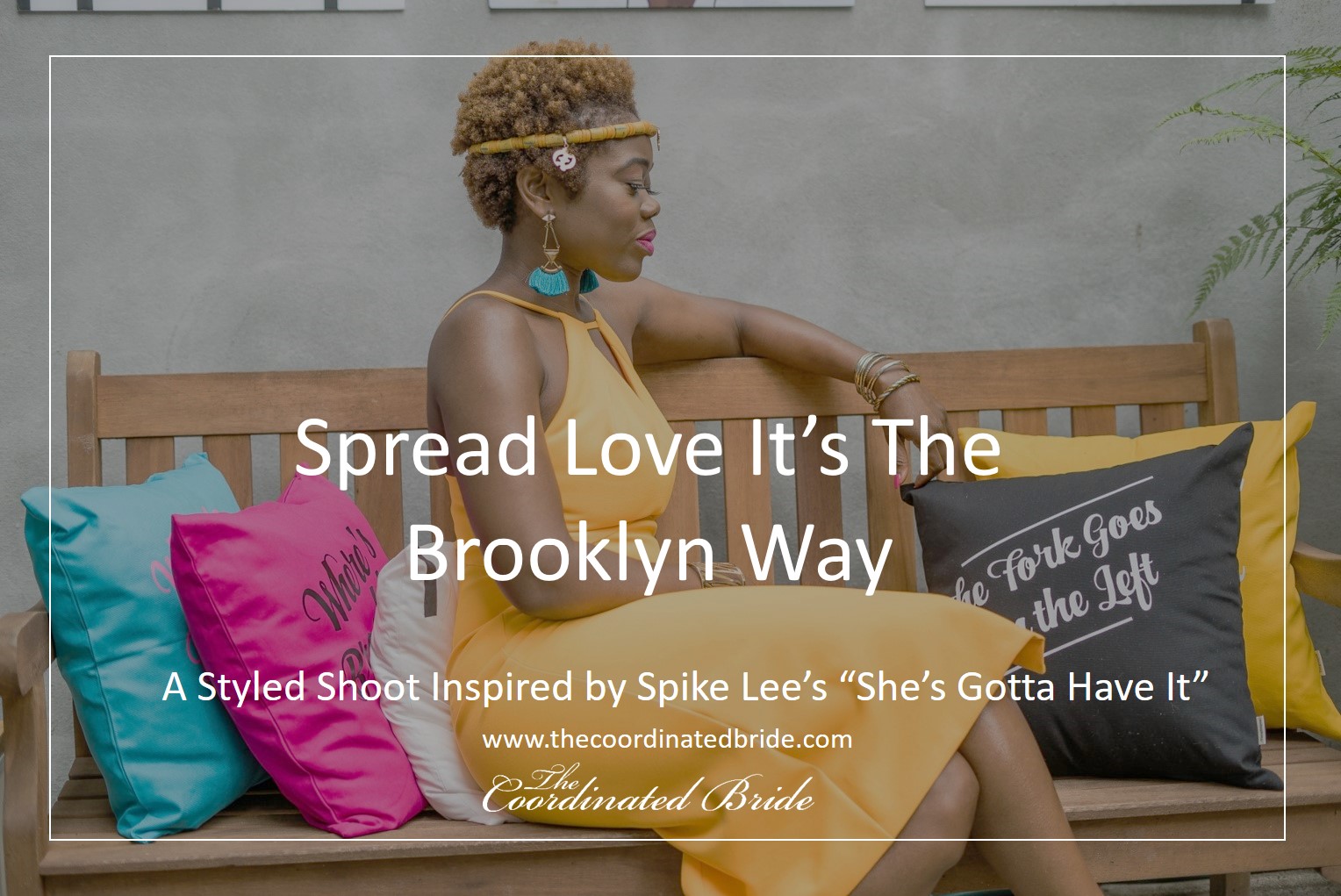 For those unfamiliar, She’s Gotta Have It is a Netflix series created and directed by Spike Lee that is based on his 1986 film of the same name. The first season of the series premiered on Netflix November 23, 2017 and the second season premiered on May 24, 2019. She’s Gotta Have It follows artist Nola Darling and her romantic journey to sexual freedom in gentrified Brooklyn as she juggles three open-relationships with thoughtful Jamie, care-free Mars, and cocky Greer. Despite her wish to manage her sexual relationships on her own terms, the three men struggle to accept Nola’s independence.

One summer afternoon in Brooklyn, a group of amazing collaborators had the pleasure of curating a styled shoot highlighting Brooklyn- Bred Chef Mellanee’s delectable cuisine with a She’s Gotta Have It twist. Chef Mellanee is the owner of The Fork Goes On the Left.

Paying homage to Spike Lee’s She’s Gotta Have It, The shoot highlights Nola coordinating her tablescape as she prepares to entertain her three lovers for a surprise summertime BBQ meetup.

We can only wonder how this will end.