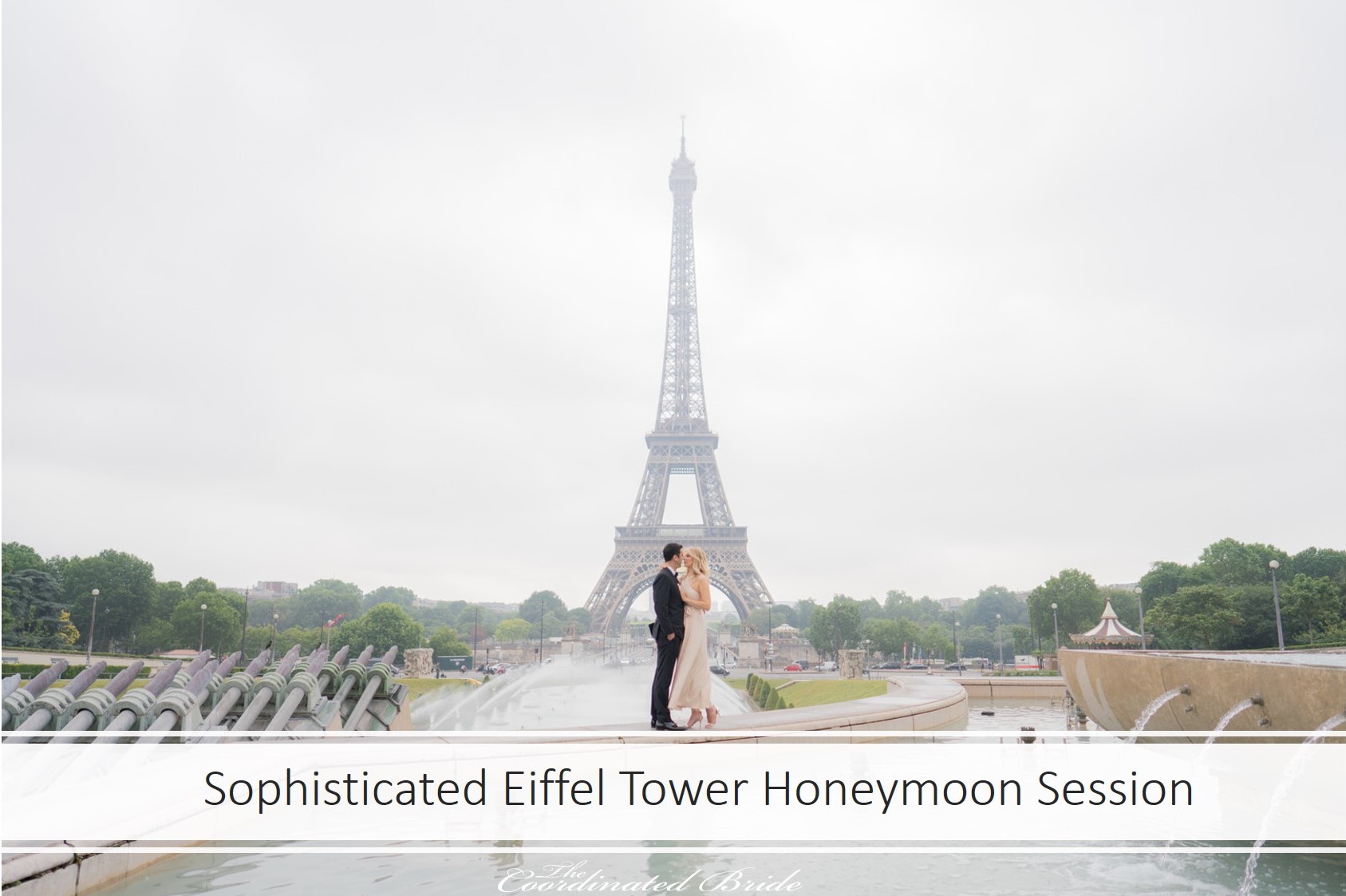 This serene Eiffel Tower honeymoon session took place back in 2018. We usually don’t feature events that occur more than a year in the past but this shoot gave us all the feels when we received the submission. There are so many countries that are not accepting foreigners in. It’s refreshing to view epic landmarks from locations “over the pond”, especially when we’re quarantined.

Paymon, a native Californian and Jennifer, a small town Canadian girl, met in the a hospital in Los Angeles where they both worked in 2011. At the time Paymon was a general surgery resident and Jennifer was a cardiac nurse. They would see each other around the hospital all the time and eventually started to talk to one another. Paymon & Jennifer spent their time getting to know each other taking road trips along the pacific coast highway and eating lunches at their favorite cafes in Beverly Hills.

Fast forward to 2016. Paymon proposed in Whistler, Canada on Valentine’s Day, five years after they met. They went dog-sledding in the mountains with a group of their closest friends and it was a surprise engagement! Jennifer remembers the moment and says, “It was perfect because I love the outdoors and snow!”

The pair got married on Sept 9, 2017 at a Spanish ranch called Hummingbird Nest in Los Angeles. It was an outdoor wedding under the stars with a sophisticated garden theme. It was magical and more florals then you can imagine! They even had an amazing Spanish guitarist!

They decided to go to Paris because it seemed like the perfect city for a honeymoon and it is so romantic! The attire for the shoot was glamorous especially since the backdrop was the Eiffel Tower! Jennifer chose a gold dress to compliment the Eiffel Tower.

We’re pretty sure that these days Paymon and Jennifer are reminiscing about this honeymoon in Paris and are happy that they decided to capture the memories with these stunning photos by The Parisian Photographers.