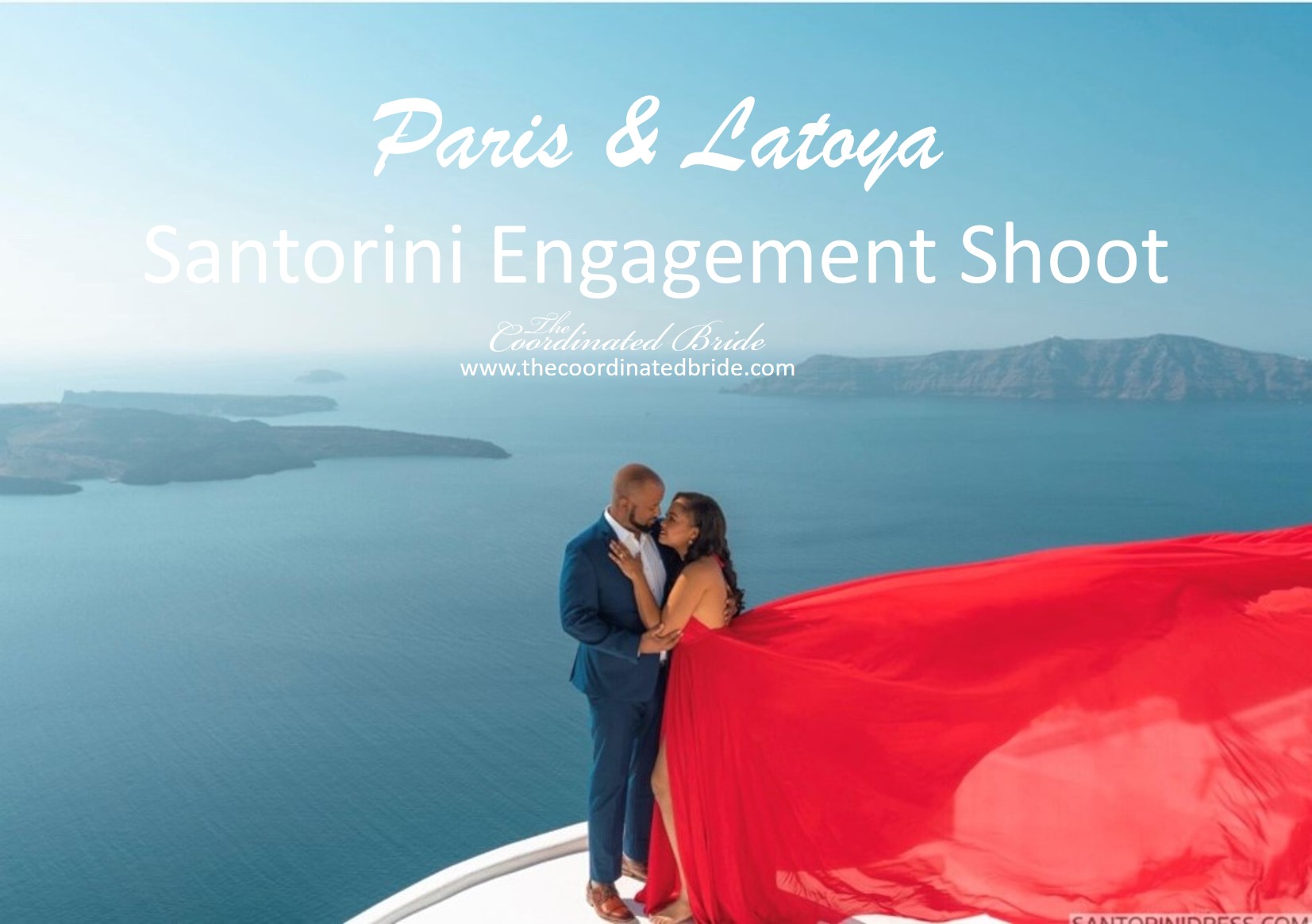 Paris and Latoya are set to get married September of this year in beautiful Santorini! They recently had their engagement shoot in Santorini as well. The pair absolutely love to travel and were in awe of Santorini after taking a trip there last year. Paris and Latoya’s destination wedding will be the ultimate coordination of intimacy, exclusivity and sultriness – just like Santorini!

The one thing they can agree on is that the proposal took place on April 1st, 2019 – after that, as the saying goes, there are two sides to every story.

Her Version: It was a very hot April day when Paris stopped by my office. He usually stops by the office  with surprises like chocolates or flowers. He told me that day that he had a surprise in his car and that we needed to drive somewhere for it. This didn’t make any sense to me but I went along for the ride. He brought me to a park and said how we should take a walk. He had me close my eyes and presented a small silver box that had a paper stating April’s fools in it. I was anything close to thrilled. I proceeded to walk away from him … He walked after me and grabbed my arm … got down on his knees and flapped the paper that said Aprils fool on it over and to my surprise there was ring!

His Version:   So I finally built up the courage and knew it was time. There were so many thoughts racing through my mind throughout the entire process… but out of all the chaos going on in my head the most important was obviously making sure I nailed the ring. Which surprisingly wasn’t as hard as I thought it would be. The moment I laid eyes on it, I knew she’d love it. The proposal however, was not so effortless. Not so much the act itself… but the anticipation of her response. So I decided to give the person who knows her the best a call for some advice. Plus I had to make sure her dad liked me enough at this point before I got my hopes up. Of course he was excited to hear the news and immediately started schooling me on how to woo her with the most romantic proposal of all time! (or at least of the 1970s) Being that I couldn’t play a single note on a guitar, nor did I have any friends that could act as a one man band following me into her office as I poetically professed my love to her… I decided to take a more casual approach yet one that was true to my personality and genuinely came from my heart. Now I know the bright lights, fancy displays, and fireworks are what most would consider a grand proposal but I wanted it to be a reflection of my true self and memorable for that very reason. So of course in Paris fashion, I decided to play a little trick on her…. and what better day for tricks than April 1st. To make a long story short… I was one trick proposal and hot sunny day in the park away from being single again. Fortunately, my intimate, secluded proposal with just the two of us, a reflection of what our relationship will be regardless of the obstacles to come… no matter who or what may try to interfere… we will always remember that our journey started with just the two of us… and so shall our story continue.