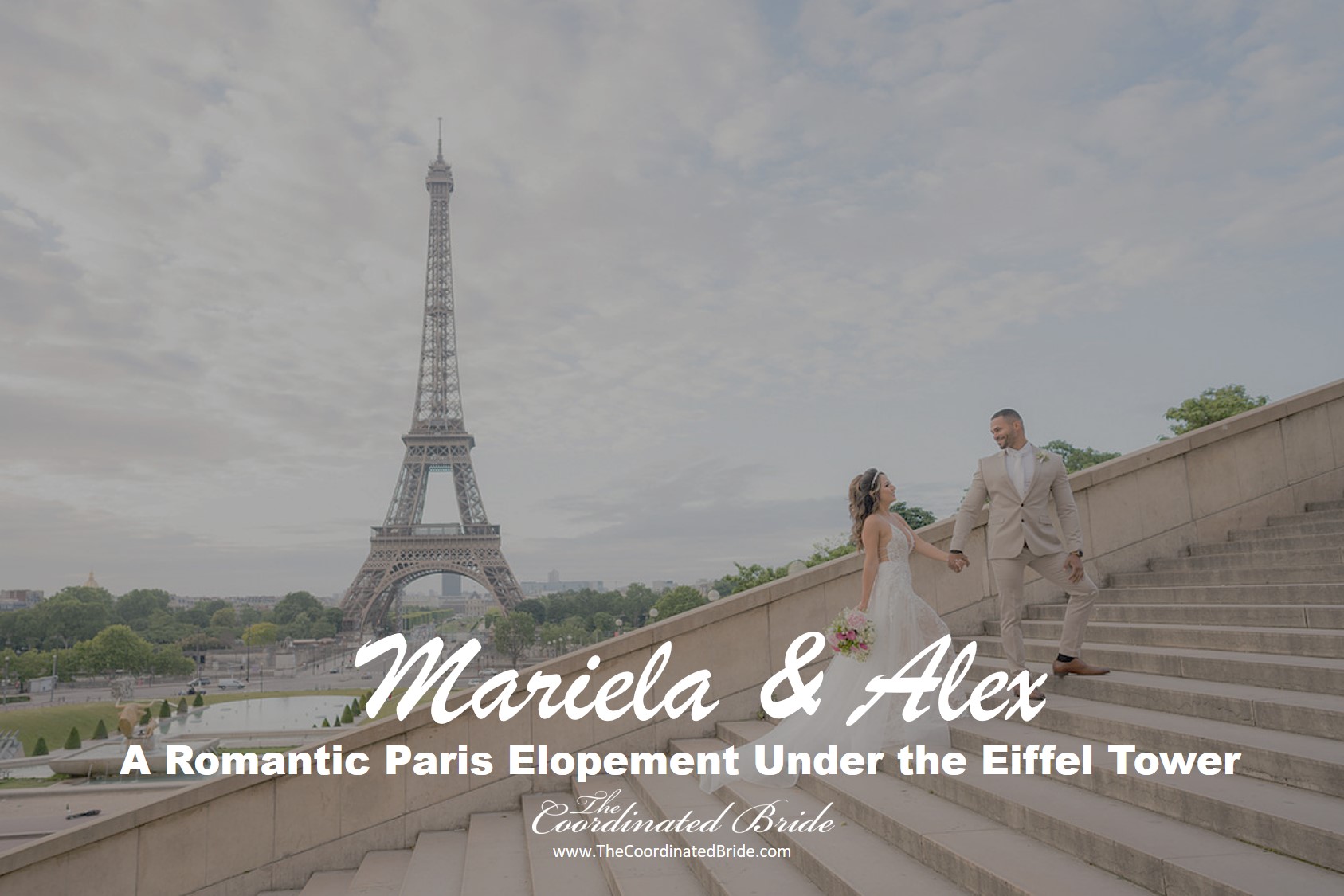 Mariela & Alex had an intimate elopement in Paris. It has always been their dream to visit Paris and their visit turned into a romantic elopement. On their wedding day they arrived separately at the Eiffel Tower to have their first look at sunrise. They exchanged vows at the foot of the Eiffel Tower in the presence of their 4 closest friends. The intimate ceremony was followed by a photos shoot in Paris and a stop at a romantic Parisian cafe.

The pair met online and went on a exceptional first date together – they went to see a comedy show. They laughed at the same jokes and quickly realized that they found someone special in each other. So they kept dating and quickly fell in love.

Alex proposed to Mariela when she came back from visiting her family. He picked her up at the airport, drove her to David’s Island off the coast of New Rochelle, New York, in Long Island Sound and during a little walk he got down on one knee and popped the question.

Their wedding was romantic, light and airy. They picked soft wedding colors, white and ivory with just a little pop of bright pink in Mariela’s wedding bouquet, which coordinated perfectly with the romantic backdrop and the summer vibe of their Paris elopement.