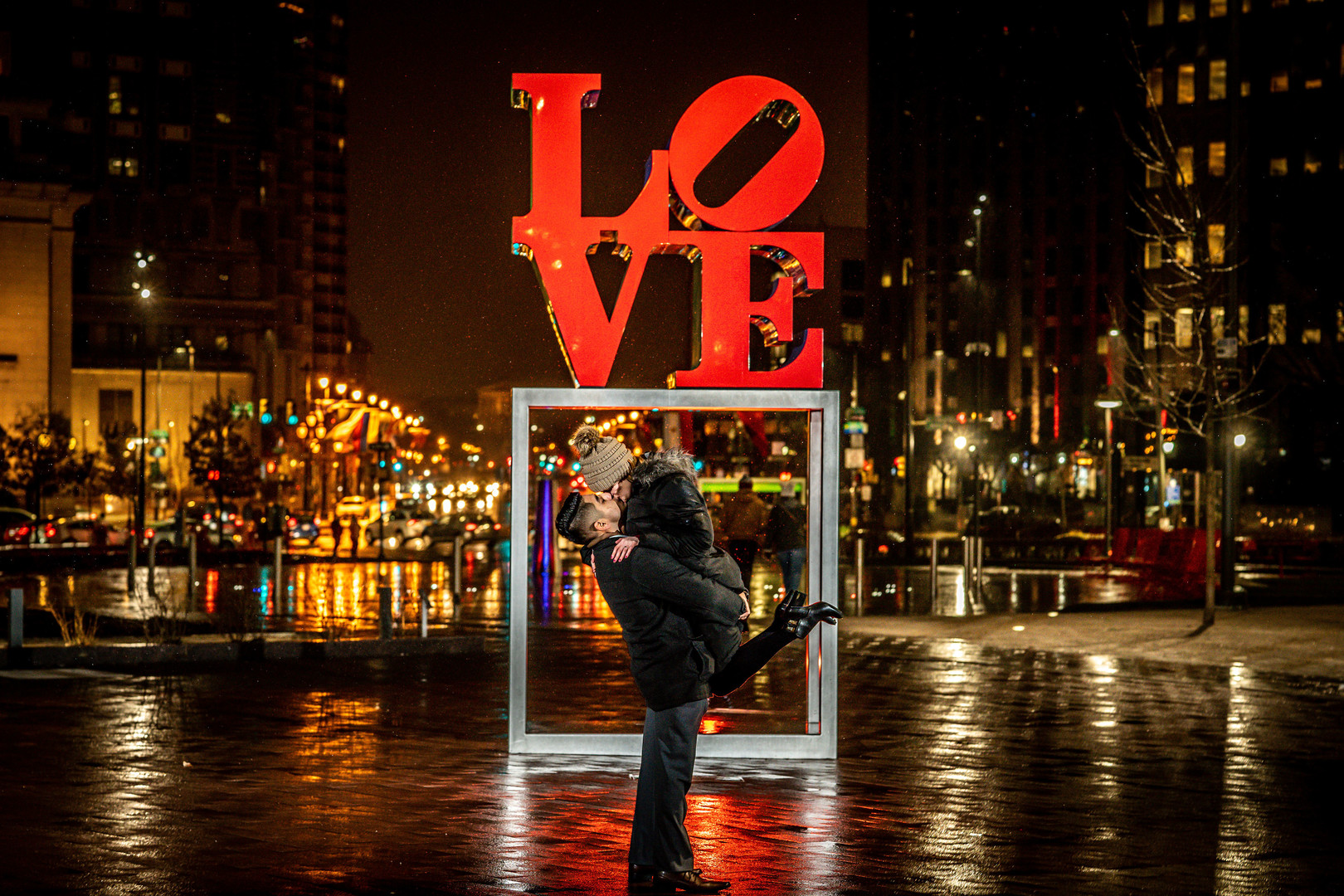 Brittany and Carlos met as teacher’s aides in the same classroom and instantly hit it off. Towards the end of the school year, Carlos worked up the courage to ask Brittany out on their first date and they have been inseparable since. Both fitness fans, they enjoy running, Spartan Races, and Rugged Maniacs. During a scare with a kidney stone last year, Brittany and Carlos were together 24/7. Brittany left work and would not leave his side. She called insurance companies, brought him food, and drove for hours to all his doctors appointments. At that moment Carlos knew that Brittany was the one. In his words, “I’ve never had somebody do that for me and I knew that I could never let that go.”

Carlos and Brittany live in NJ and make a yearly trip to Philly for their anniversary.   They booked an overnight stay in downtown Philly and Carlos told Brittany he wanted to check out the Winterfest activities on the Schuylkill River. He secretly had both families book hotels in Philly to be part of the special moment. Carlos chose the iconic LOVE statue–the City of Brotherly Love’s best-known landmark— the Robert Indiana sculpture in John F. Kennedy Plaza, northwest of City Hall. Even though it had been raining and sleeting and 28 degrees the entire day, with all the hotels booked and families in place, Carlos was super disappointed but knew he had to go through with it anyway.

Photographer J&J Studios assured Carlos, “We’ve done proposals in the rain, sleet, hail, and snow, and gotten great stuff no matter what.” Armed with a few plastic trash bags to cover their lights, they set up strategic lighting in the LOVE plaza and prepared for the big moment. At around 7pm, January 19, 2019, Carlos and Brittany strolled into LOVE plaza where both of their families were gathered.  Brittany saw her father and immediately started balling.  Her father had been holding the ring so Carlos would not be suspicious earlier in the day.   Brittany’s father passed Carlos the ring and Carlos led Brittany to the center of the plaza in front of LOVE statue. Carlos proposed on bended knee in the middle of a snowstorm in front of the iconic LOVE statue in John F. Kennedy Plaza.

The families embraced and posed for some pictures and even though everyone was soaked and freezing, it was an amazing, epic moment for all involved. Carlos and Brittany are planning to wed in Fall 2020.  Congratulations to the beautiful couple!