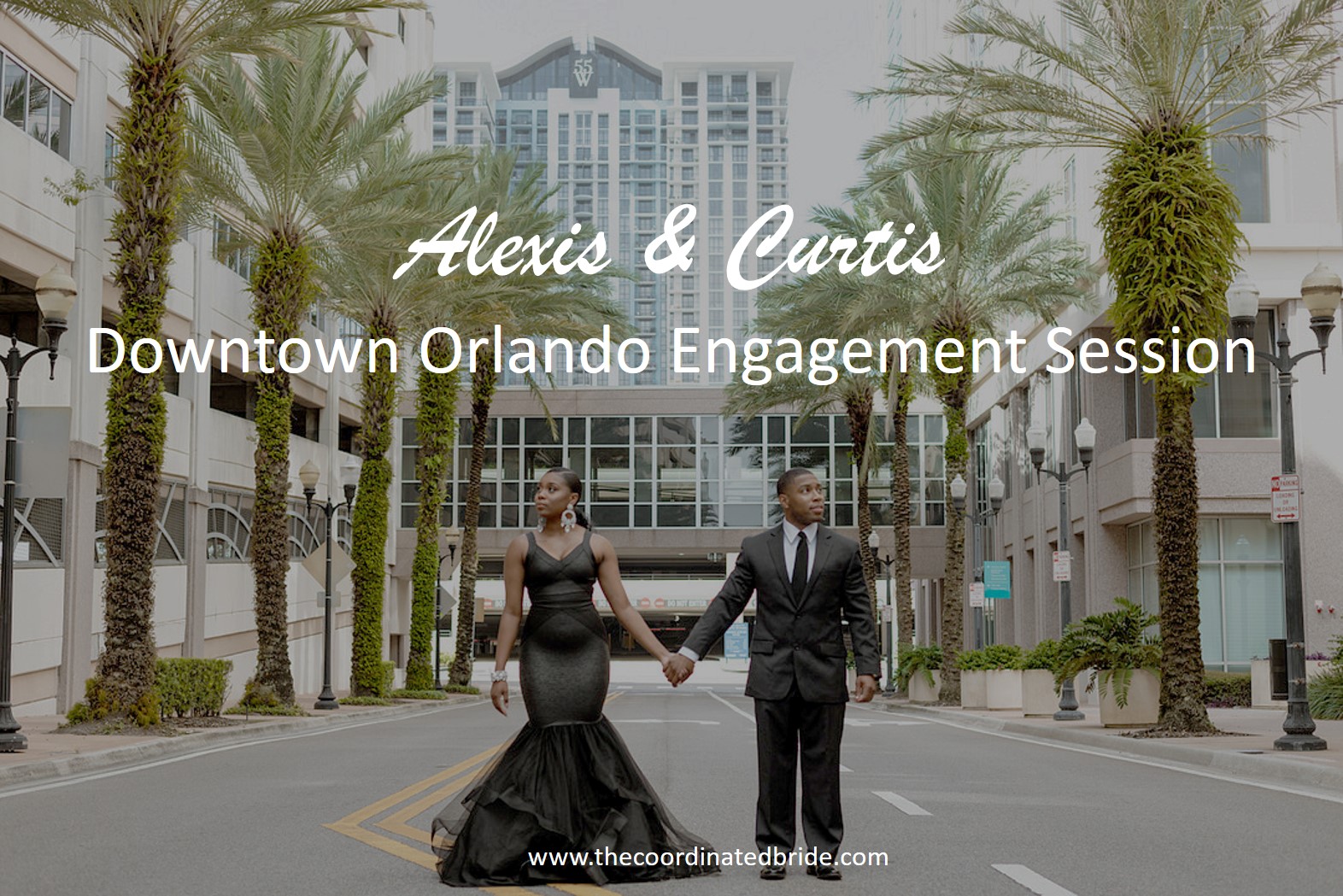 Alexis and Curtis wanted to do their engagement photos with a city feel to it. They decided on Downtown Orlando with 3 outfits that represent their culture, belief, and accomplishments.

Alexis and Curtis met at Lake Gibson High School during her freshman and his junior year. Alexis was on the dance team and Curtis was on the football team when their paths crossed on the first day of school.   Since they were both scarred in past relationships the pair bonded as friends for years before the friendship evolved into romance.

When you Know, you Know

Alexis – “I knew Curtis was the one when I willingly gave up my comfort-zone and moved to Kentucky to be with the man of my dreams. After spending months apart, because of his duty to this country, I knew I had to make the sacrifice to be there with my man. I hated saying goodbye and crying as he departed. My mom always told me that you only sacrifice for those you love and in those moments I was no longer self or career focused I knew then he was the one. I was so in love that I considered his thoughts, feelings, and concerns before my own. .. We value our love for God, our close-knit family, our willingness to give and create, our excitement in trying new things, setting new goals and achieving them, traveling together, and making one another laugh.”

Curtis – “I knew Alexis was the one when we would have the long and deep conversations as friends. When I would be able to see myself with a woman of her caliber and I was willing to give up my old ways to focus on her. I knew she was the one when we would spend all of our time together when I would visit and I wouldn’t want to be without her. And ultimately when she met my family, everyone instantly loved her. So I knew she had to be something special”.

Curtis: “The proposal took place in Cancun, Mexico in January of 2020. This was a trip that myself and Alexis had planned together.  It was not only our first trip together but also our first time traveling out of the country as a couple. I had originally planned to propose during the holidays, but since some family members couldn’t be there, I decided to propose when we were alone.  Once I made the decision to propose, I had to figure out how to make it happen. I was in constant contact with the hotel and emailing them about the special day. They set me up with the team that took care of special requests.  The day began with a couple’s massage on the beach overlooking the Cancun waters. Then, in the evening I had a private 5 course dinner arranged along the beach. As we were eating, there was music playing and wine was served. We were taking pictures the entire time so once we finished our dinner we slow danced to our song, “You” by Jesse Powell, and I switched the camera to a video and recorded us dancing beachside. She had no idea what was about to happen because I would do romantic and silly things like that all the time. I got down on one knee and asked her that special question as our song continued to play in the background. What she didn’t know was that I arranged for a heart-shaped sunflower and rose bouquet to be placed in the room as a surprise for Alexis after dinner was complete.”

The ring is a Neil Lane rose gold square-cut morganite stone that’s surrounded by diamonds. Alexis wanted something unique and elegant that danced in any lighting. And guess what? She got it! #spoiled

Alexis – “I’m most excited to see Curtis’s face when I walk down the aisle more than anything. It’s rare to shock him or make him cry, but I know he’s going to shed a tear that day. Or I’m walking back to my bridal suite.”

Curtis – “I’m most excited for the ultimate surprise of what my bride will look like coming down the aisle to me to take my hand. I’m also most excited about the turn up at the reception, it’s about to be real.”