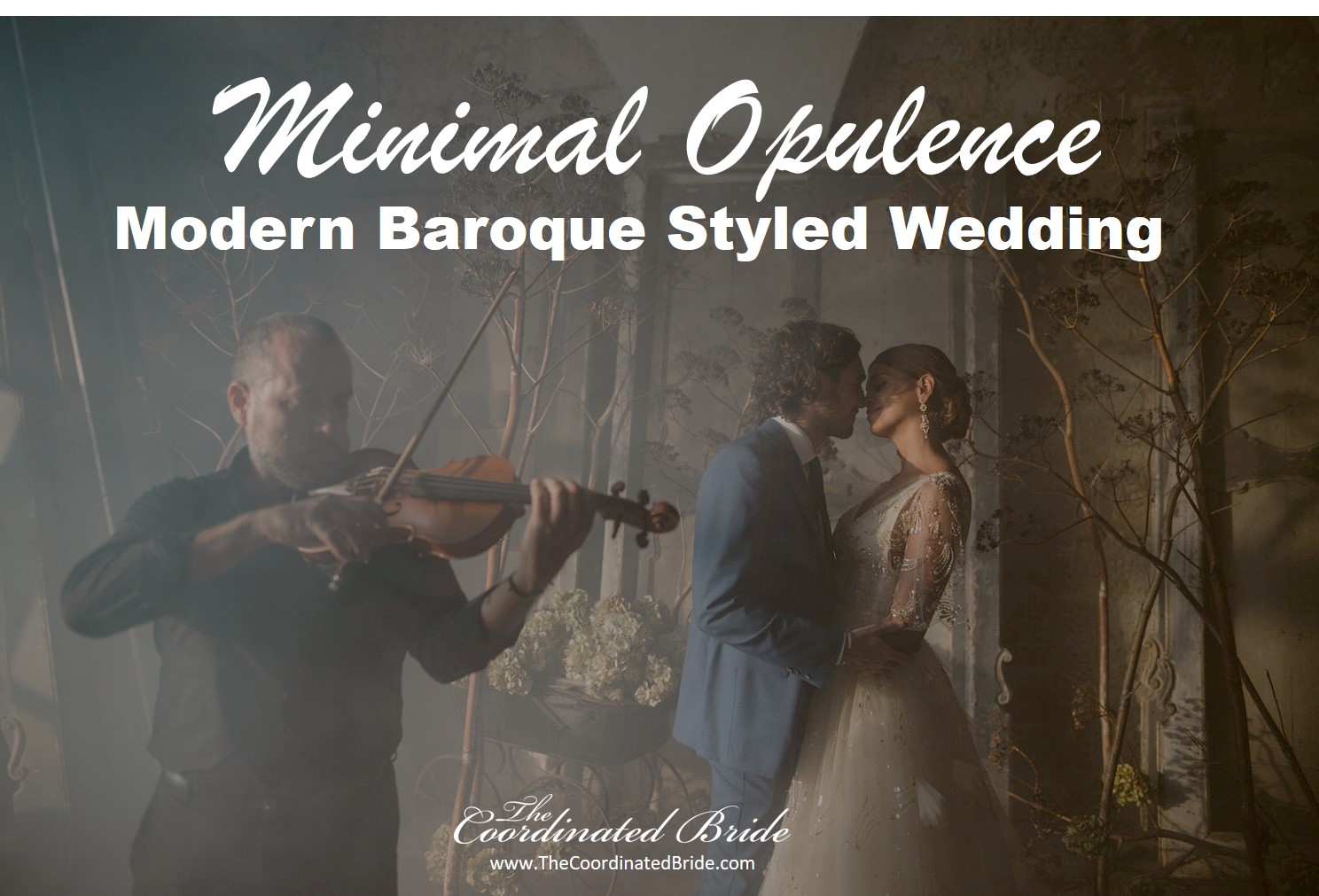 In this day and age travelling to places like Leece in England is just a dream. This modern styled wedding brings us just a little closer to that dream. The conception behind the shoot was based on the contrast between the minimalist floral setting and details of the opulence of Baroque architecture and precious antique objects.

This is the love story of Esteban and Elida who decided to get married in Lecce in the family palace inherited from the groom’s ancestors. The prestigious baroque palace belonged to the Romano family for centuries and is located in the heart of the historic center of Lecce, adjacent to the Roman theater.

Palazzo Romano is a magnificent example of Lecce Baroque architecture, an artistic and architectural form developed between the end of the 16th century and the first half of the 18th century; it is recognizable for the opulence of its architectural decorations which were intended to surprise and stimulate fantasy and imagination.

Coming back to Lecce, they revive the building after years of neglect even though it resisted in every single detail the passage of time. Being Esteban heir to this fortune, he decides to celebrate with Elida their love there where his ancestors and grandparents celebrated it looking to the past but projecting towards the future with a decadent romantic mood but also glam rock that finds its maximum expression in the party that takes place on the terrace of the building. In addition to the decadent romanticism, the fil rouge of the whole day is the dreamy smoke blanket of the first part characterized by the slow and sensual rhythm that becomes multicolored smoke with a pressing rhythm and special effects.

The background of the first part of the shoot is the ancient entrance hall with ancient family objects (ancient doors of the ‘600, remnants of their childhood  and musical instruments) where the setting was designed as if it were a minimal vertical forest with wild plants typical of the Apulian territory: the ferla.

The color palette is based on natural colors in the warmest shades of beige, gold and deep blue present in the stationery and precious details.