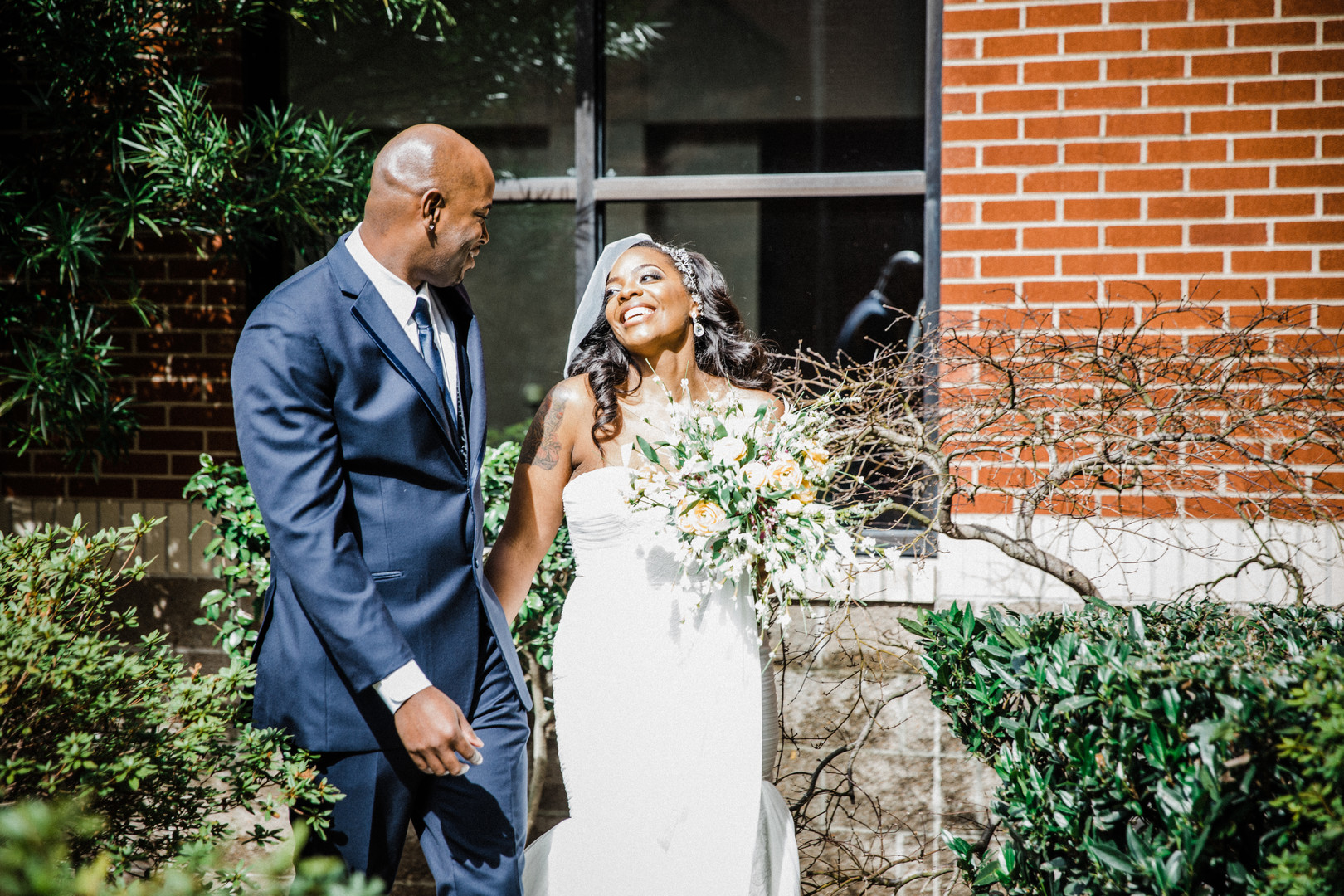 Sherika met Andre at a gas station in November of 2017.  He was a complete gentleman in his approach as he offered to pump her gas. The two ended up exchanging numbers and he asked her out that Friday night to dinner. “That night, he sat across the table for me and told me I would be his wife. I completely brushed it off, but as we talked and dated more, I knew he was different, I knew what we’d found in each other was different,” Sherika shares.

A few months later, Andre officially proposed on a bridge in Alabama.  The couple planned a small, intimate, and sacred wedding in the garden of Hope Church.  The decor was minimal, allowing for the natural elements of the garden to serve as a backdrop.  The couple shared a cupcake toast with Bundtinis from Nothing Bundt Cakes.

As a symbol of eternal devotion to each other, they placed the paper that they wrote their vows on together in a chest, locked it with a key, and released the key on a balloon. As the balloon ascended into the sky, they  said with their lips and hearts, “We are eternally the Montgomerys”.