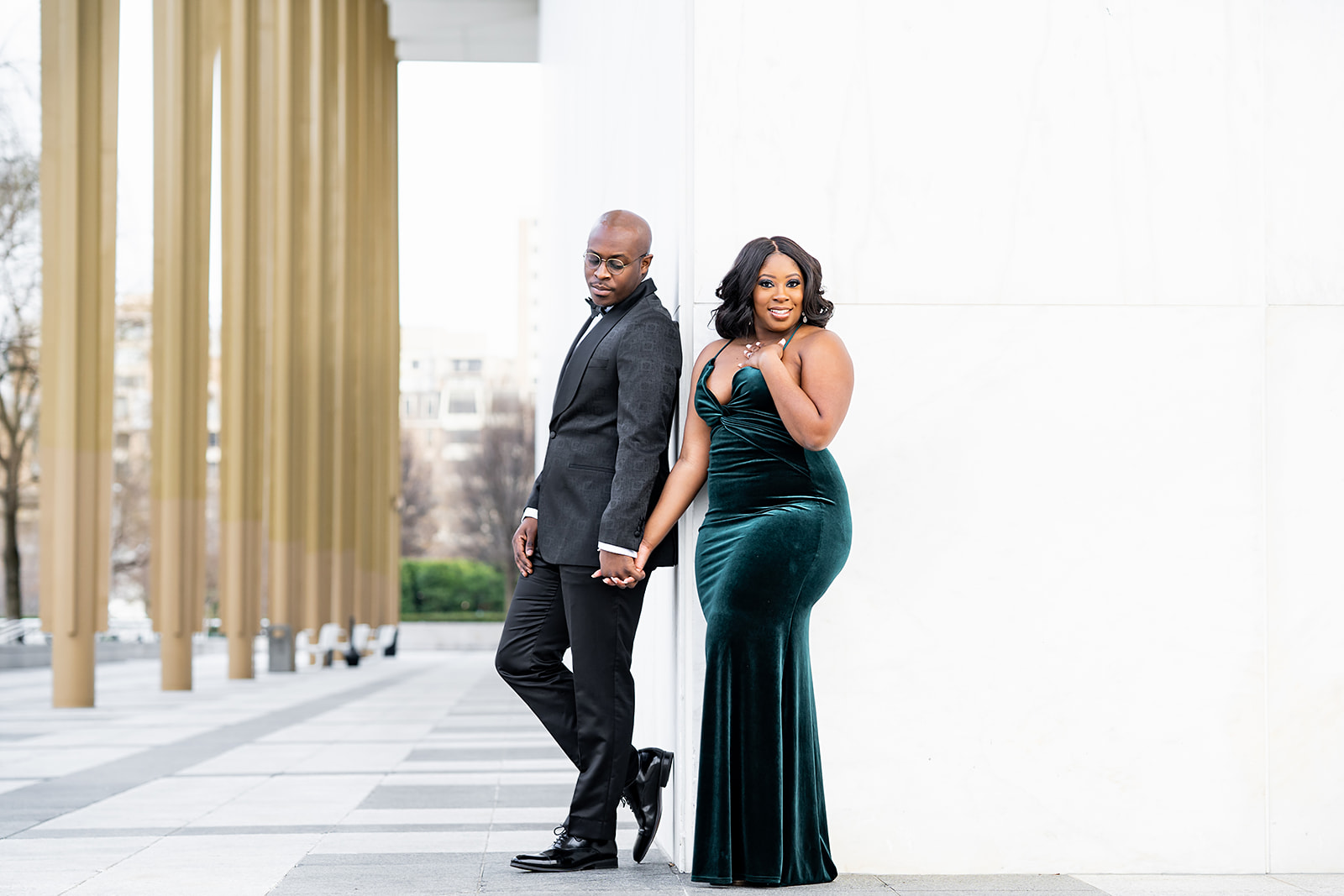 They say North Carolina A&T State University has the Greatest Homecoming on Earth (GHOE) and this may hold true for lovebirds Kristy Williams and Deondra ‘Dra’ Randle. It was October 2015 that the two locked eyes at GHOE. It was Kristy’s first time there so she had no idea what to expect but was excited to see what her friends (both A&T alumnae) had planned for the weekend. They attended an all-black party Friday night. While partying and dancing with friends, Dra walked past and began reconnecting with the alumnae Kristy was with. He saw Kristy and couldn’t resist but to make her acquaintance. Not even knowing her five seconds, the jokes started; one where he continuously called her Krispy, lol. Although offended, she was intrigued, as Dra could tell, so he put the “mack” skills to work.  The night ended with Dra asking for Kristy’s number and the two have been inseparable since!

What are the odds that a southern belle from Montezuma, Georgia that grew up on a produce farm would meet a city boy from Portland, Oregon?  Most of their relationship was distant with Dra living in New York and Boston before relocating to Washington, DC to be with Kristy. While the odds may have been against them, they share some commonalities. They both have a brother and sister; with Kristy having a twin sister! Their brother and sister symbolism still holds weight because they are active members of Delta Sigma Theta Sorority, Inc. and Omega Psi Phi Fraternity, Inc. In their spare time, they love to serve with their respective Panhellenic organizations, wine and dine, grill, travel, watch movies, play games, work out together, and spend time with their families and friends.

As an alumna of Tuskegee University (TU), GHOE is still questionable to Kristy! At TU, she received her BS in Sales and Marketing. She later matriculated to Bowie State University where she obtained her MS in Public Administration. Her dual education prepared her for her current position as an Account Executive in MD. Additionally, she is the co-owner of Stunning Soirees, a DC based wedding and event planning company. Kristy and Dra are among the thriving millennials in the DC area because Dra holds a BS in Mechanical Engineering from North Carolina A&T State University and is using his stellar degree by working as a Managing Consultant. We can’t wait to see where the road takes this Power Pair to next because they are definitely “Too Hot to Randle”!!