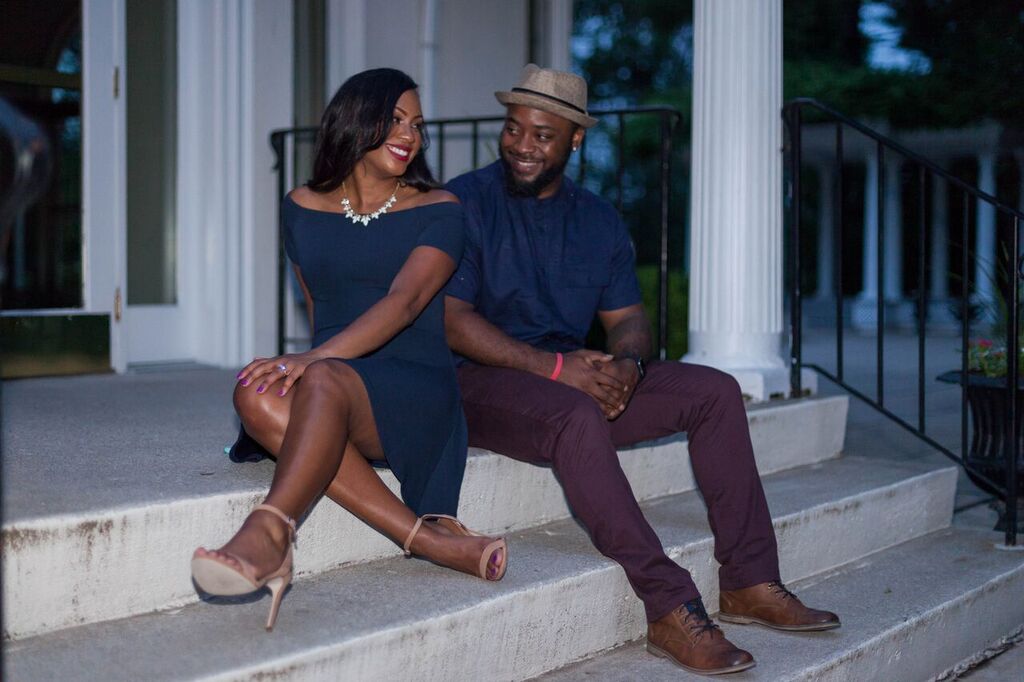 Finding Love in the Poconos

Hello Coordinated Bride family!  My name is Sashonna Leak.  I am marrying the love of my life in June and I am so excited to share my story with you.  Now let’s take it back, way back…

…to December 2013; I was in a crappy relationship and DRUNKATION was upon us. The event known as DRUNKATION started out as a week of partying with my girlfriends in between Christmas and New Year’s.  It later evolved into a night with the girls updating each other on our lives, new boos, and 401k’s. This go ’round, my friend Cianna and her cousins were renting a cabin in the Poconos and my circle of girlfriends planned to join and celebrate our DRUNKATION for the year. Back to my crappy relationship: it was non-existent. We had one of those break up, get back together, he wasn’t ready to leave, we “need a break” kinda deals. We were constantly trying to turn a new page and it wasn’t working. On Christmas Eve, my boyfriend went home for Christmas and left me by myself, after I specifically asked that we spend the holiday together. I was livid and embarrassed. When we spoke on the phone, he fed me some line of how 2014 we would start over and everything would be great. There we were, trying to turn yet another page in our relationship.

Completely over trying to rebuild a broken relationship, I was ready for a carefree weekend with my girls. The road trip up to the Poconos was filled with girl talk, loud music, and bad food. We arrived at our cabin and we did an ice breaker with the group, so we could all get to know each other. As I looked around the circle of people, I noticed very quickly that there were 3 men on this trip. It was no longer a girl’s trip at all. The night went on and the liquor continued flow and flip cup teams were made. One of the guys, Derrick, happened to be on my team and little subtle flirting began. The next morning, I tried to avoid eye contact with the young man; keeping with my headstrong attempts to re-build my relationship once I returned home. The next day we went snowboarding, and Derrick who had never snowboarded in his life, told us all stories about he was such a great snowboarder. He proceeded to follow me up the mountain and tried to carry on a conversation with me. I declined and continued to ignore eye contact.   He fell so many times trying to get close enough to speak to me. Later that night, the whole cabin partied hard and by the end of the night Derrick and I had become close. We fell asleep in the living room and my girls found me the next day wanting to know all the details. I denied everything that happened, considering Derrick was Cianna’s little sister’s best friend. We parted ways not really saying goodbye and didn’t exchange numbers or any social media information.

On New Year’s Eve, it kept bothering me that I left without really saying goodbye. So, I  searched our vacation email thread and emailed him. He responded and we exchanged numbers. We secretly saw each other for 2 months before telling my girls or his best friend.  I completely broke it off with my boyfriend and asked him to move out of my apartment.   Derrick lived in Maryland and I lived in New Jersey but we made a way to see each other almost every weekend. Eventually at his best friend Sadie, Cianna’s sister’s girlfriend’s birthday party, he brought me down and the cat was out of the bag.  Everyone kind of already knew, but was I happy that we were finally public with our relationship. As time went on, I learned that although he was 4 years younger than me, he was a mature and loved me unconditionally. This relationship was like night and day from my ex. He introduced me to his family and friends early on and I always felt welcomed and like part of the family. He understood my unique, weird, crazy self and I embraced his mama’s boy, football fan, music soul child self. As different as we were, it just worked.

Three years into our relationship, the beginning of 2016, we went to Antigua for my birthday. We had made friends with another couple on the resort and saw them one night at the bar. Unbeknownst to me, Derrick and Mr. Johnson were having a sidebar conversation that went like this… Mr. Johnson asked Derrick why he hadn’t proposed to me yet and Derrick, showed him the ring explaining to him that he had planned to on this trip. Derrick asked Mr. Johnson to pretend to take a picture of us and record the proposal. Derrick came over to me as if we were taking a picture and suddenly dropped to one knee in front of everyone and asked me to marry him. I was in complete shock and couldn’t stop smiling. I responded with a yes and gave him big kiss. I video chatted my girls and posted to Facebook and the wedding planning begun.

Once you hit 30, all your friends are either getting engaged or having babies. So, although we were engaged in 2016, we decided to wait until 2018 to get everything together. In January of 2017, I really started pulling together ideas. I am not one of those brides who had her wedding planned since childhood. Many of my family members didn’t think I would get married. I turned to Instagram hashtags and Pinterest for ideas. Our first order of business was venue. I like historic venues with timeless and elegant appeal. We landed on The Grand, located in the inner harbor of Baltimore a historic venue meeting all our criteria. My second order of business was to determine how many bridesmaids and how I was going to pop the question to my maids.

I am a professional creative, and I own a glue gun. That’s right I am a crafter, when needed. I found a Tiffany blue glitter photo box from Jo-Anne’s on sale. I lined the box with white velvet. Inside I included: mini bottles of blanc de bleu champagne bottles, with paper straws, OPI nail polish, personalized stemless champagne flutes, chocolates and/or macaroons, bath bombs, a Zen Candle, matches, Esos lip-balm, and an inspirational note pad. I tied a white ribbon on top to emulate a Tiffany’s box. Attached to the white ribbon was an oversized purple balloon filled with confetti and a card asking to be my bridesmaid. I also attached a safety pin with a note that said pop me. Over a period of 2 weeks, I made visits to my friends surprising them with the proposal and recording the process.

Last June, my fiancé and I took pictures for our save the dates. The next task to conquer was the dress. I rounded up 7 of my closest family and friends and drove to New York for my appointment at Kleinfeld’s, where I said “Yes!” to the dress. I utilized my resources from my friend Katrina’s wedding and signed contracts with her MUA and Hairstylist, Mrs. Charlene Brown. My maid of Honor, Haaveshe, is a DJ on the side and recommended DJ DCInfamous. My fiancé and I signed contracts with him as well as Iris Mannings, our photographer. We met with Tami B from Blush Wedding LLC for day of coordinating and wedding décor designs and secured her for our special day. And my mother is a horticulturalist so she will be doing all the flowers for the bridal party.

Minor Setback
In July, I returned from a long overseas work trip and went to my family reunion. I decided to play a game of volleyball with the family. I jumped up and missed the ball completely and landed and twisted my knee. Almost two months and 4 doctors later I found out that I tore my ACL had to have reconstructive surgery on October 4th. I scheduled a meet and greet for my bridemaids but since I could not walk or drive, I opted for a conference call. I assembled my Bridal Hive packets. Their packets are rose gold oversized envelopes with embroidered turquoise monograms. I put tiffany blue glitter folders inside with 12 pages full of all the details for the wedding: from the dresses to bridal shower, financial summary page, and important dates.

I have a little under 4 months until the big day and I still have a lot to do while I recover from this surgery. I continue to stay super organized and in enough communication to not drive anyone crazy. Witnessing a few brides go through this planning process, the stress got the best of them and I will not let this process get the best of me and turn me into a Bridezilla. My fiancé has been extremely helpful and we have split responsibilities so that the workload isn’t overbearing. As the great Beyoncé said, “Suicide before you see this tear fall down my eyes”. I plan to keep this a ZEN process and keep the good vibes flowing! 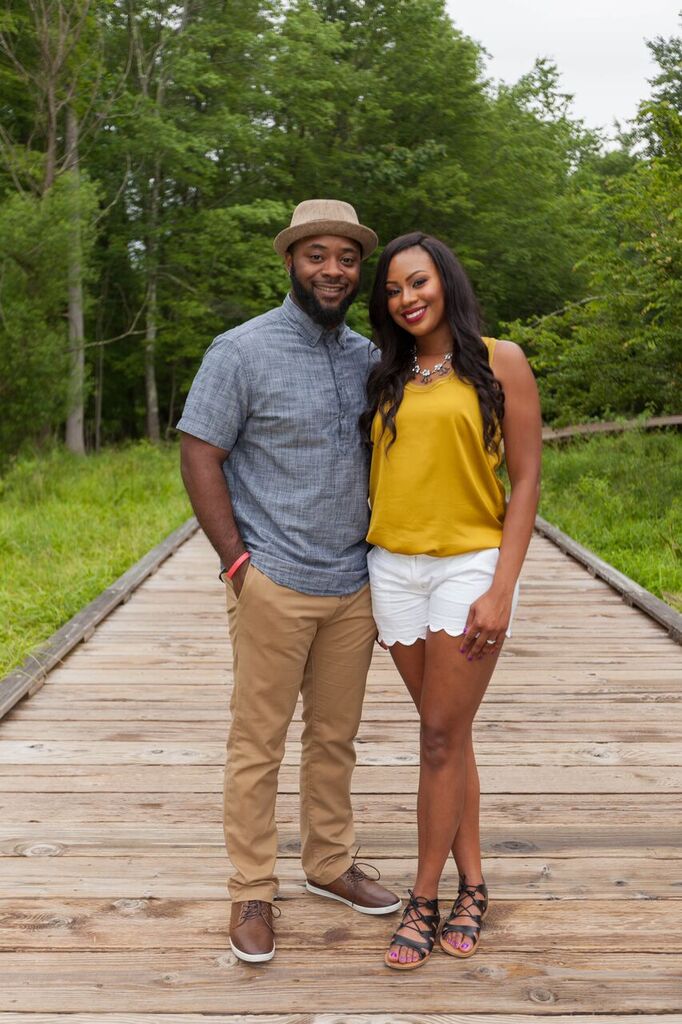 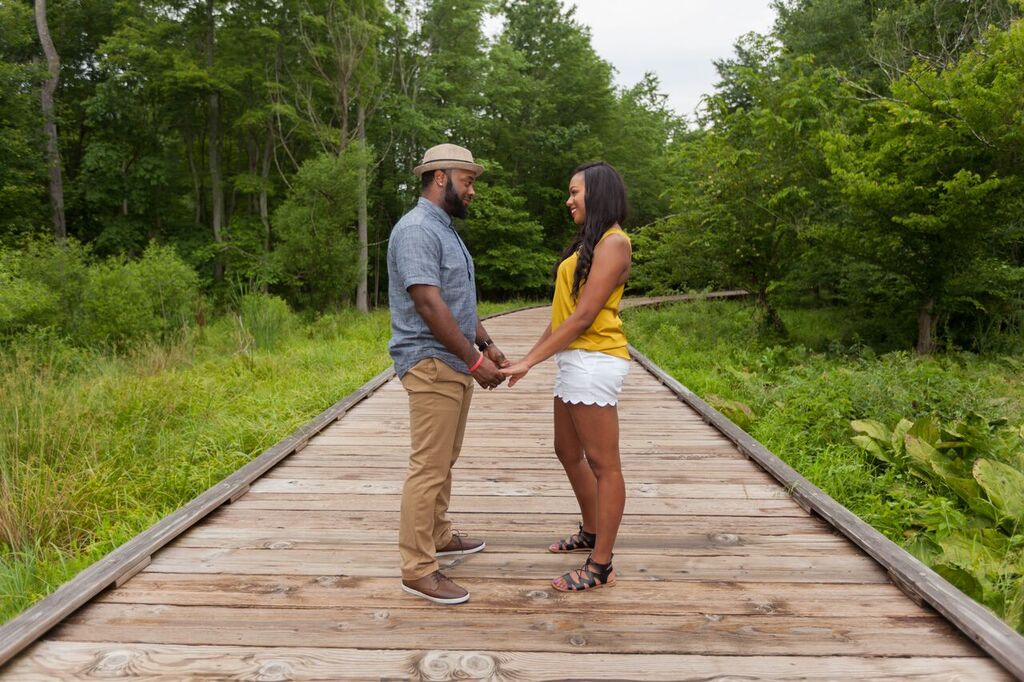 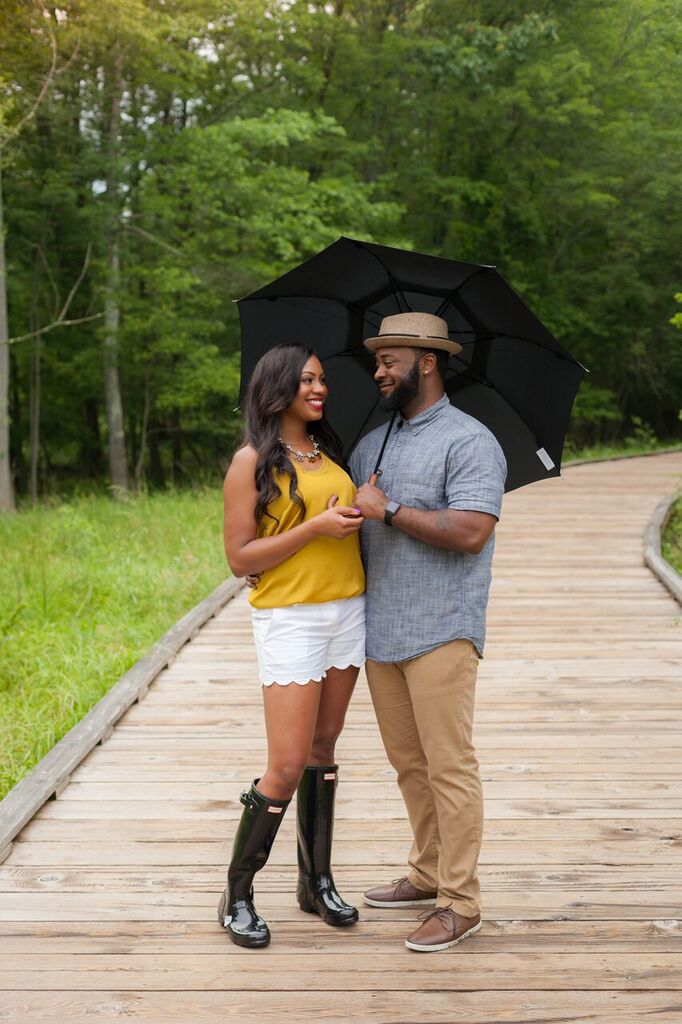 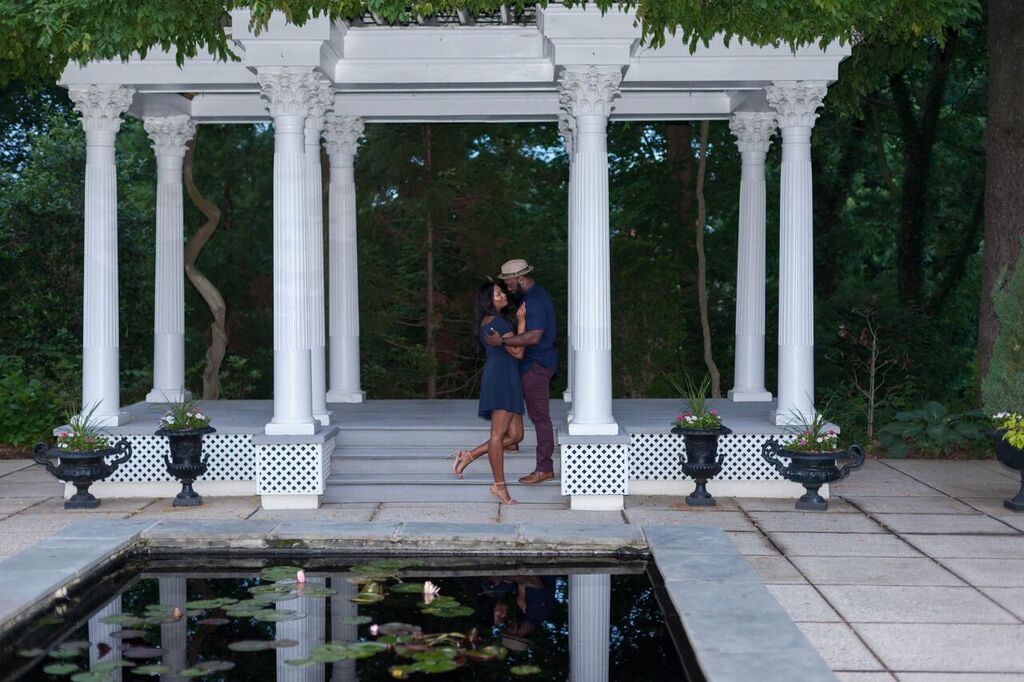