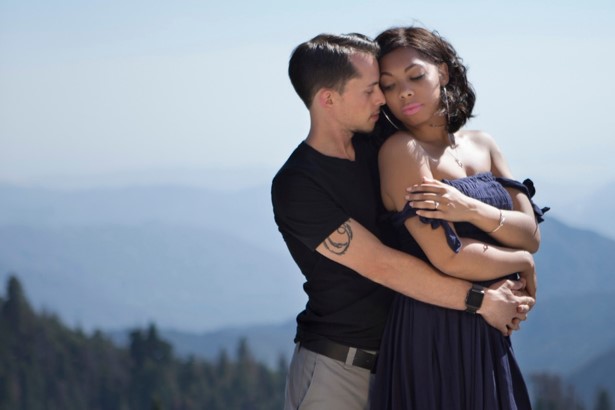 “The best love is the kind that awakens the soul and makes us reach for more, that plants a fire in our hearts and brings peace to our minds.” —Nicholas Sparks

Surprise parties for obsessive planner control freaks suck. I am about a week shy from Shapira’ing up, and I am not the type to do well with last minute surprises. Even if said surprises are for a very good showering cause. Okay, maybe I am, but the moral of this story isn’t about my need to know every detail that involves me. No, this story is about the lovely ladies I call my bridal party.

In my last post, I introduced you to the lovely ladies in my bridal party. My maid of honor Aakie and my bridesmaid Leah, who literally have only heard stories about one another until I asked them to be in my bridal party. Aakie has been working behind the scenes keeping my sanity in check while Leah has been crafting great things for the big day. Both have been supporting me from different places at any given time. Going into this, I definitely didn’t expect much besides them being there on the day of, aside from the occasional fitting and late night group message texts.

With budget restraints and locations being a factor. I’m having a destination wedding. I can’t expect the girls to do any lavish parties or get-togethers while trying to pay for dresses, passports, airline tickets and hotel accommodations. So it was an out of sight out of mind thing. I am not really an all eyes on me type of gal either. So when Aakie called me asking me who I wanted at my bridal shower, I was shocked, this was the only thing she told me. I gave her a list of women, contacts to the moms and that was it. A few weeks later, Leah asked me to find a dress and shoes. So I did, we did a house vote on which one they all liked — and I purchased it. An additional month went by with no word, and I honestly forgot about the entire thing.

The end of April rounded the corner, and a coworker friend of mine mentioned that I should talk to my friends about the date of my bridal shower. My first response to her was “What Bridal Shower?” The look of shock she gave me was priceless, but I am sure the one I gave her was equally confusing. My second question was, “Well what day is it?” She responded with May 12th, three saturdays from now. It’s safe to assume that everyone received their evites around the same time because within an hour, I started receiving apology text from my guest who was not able to attend the shower. So here is how my “not so surprise” Surprise Bridal Shower conspired and almost failed miserably.

The days that followed things around me started to get a little weird. And I mean even more weirder than usual.  While Aakie refused to tell me anything about the shower, only saying “you are having one that is all I need to know.”  I had to pretend to not already know the date. I tried all my tactics, from other engagements that could be happening, which wasn’t a line, I really was going to a Wing Festival on the same day. I mean seriously, Travis and I live together and we don’t necessarily know what each other have planned weeks in advance. I was giving her great points, but she was a stone wall and would not budge. It took some finessing but eventually she broke, I told her I needed to know so that I could be prepared. I didn’t want her showing up at my house, and I am in sweatpants, a face mask and day-old odor, when they say “Surprise.” She called me annoying and confirmed the date I had already knew. So, of course, I mentally prepared a hairstyle and booked and makeup appointment.

A week went by and all talks about the shower had stopped. People eventually stopped sending me their regrets. I moved onto other important things going on in life, Mother’s Day, which was the next day after my shower. And like every year, I had the same conversation around the same time with my sister about Mother’s Day. You know the one. The “What are you getting mom for Mother’s Day? Can I go in on it with you” conversation. While my sister is regularly invasive and in her own world, this year’s conversation was more tricky to get any sort of positive feedback on gift suggestions. She didn’t want to buy anything this year, she said let’s have her do something, so I said sure and started shelling out all types of great ideas, for massages, show tickets, vouchers for meals, you name it.  Every suggestion got shut down on the days leading up to and the days after Mother’s Day weekend. She would respond with “that’s not going to work” or “that date is a no.” It didn’t take me long to clue in on what was going on. Okay, it took me about two days of suspicion to figure it out, but when I put two and two together, I queued in Travis.  I remember telling him later that day, that I had a strong feeling that my mom and sister were coming into town. He didn’t know why, bless his heart, so I had to remind him “For the bridal shower honey.”

A few days later, with what was supposed to be a casual conversation with my sister, turned into a full-blown accidental confession. Things I know about my oldest sister, she is a horrible liar and doesn’t really do well with keeping secrets.  A little background, I have two sisters one lives about an hour from me, and the other still lives in California as well as our parents.

Me: So yeah I have my final fitting on Friday the 11th. I should be able to pick my dress that day if all goes well.
Her: Do you want me to take pictures?
Me: You’re coming here?
Her: Wait, What? Shoot no wait. You tricked me!
Me: How did I trick you?
Her: Nothing, nevermind.

The Sunday before the shower my suspicions became more of certainty. Travis’ father called to confirm the arrival of his mom for my bridal shower on Saturday. He didn’t know we didn’t know, so bless his heart too.

On Tuesday my mom started fishing, just as moms do. She called asking me typical mom questions than all of a sudden she asked: “So are you having a bridal shower and bachelor bachelorette parties and what not?” I knew she knew I was having one because, Aakie asked for her number to help plan one. I politely, said, “Didn’t Aakie talk to you about that?” My mom chose to play oblivious. “I don’t know. I haven’t heard anything.” I chose to oblige her and not push the conversation further. The next day I get a text from my sister about her movie choices, all innocent these are typical choices for me and her, it wasn’t until she sent a picture of my sleeping mother clearly on a plane that I knew for sure they were coming. I responded back.

It doesn’t help that the next evening my other sister posted a photo of my mom on Facebook. My mom and sister were “hiding out” at my other sister’s house who is somewhat local. I think my sister forgot they “weren’t supposed to be here” when she posted the photos. #FoiledByFacebook. I texted my sister Friday night asking what the plan was.

Me: So are you and mom coming to the house?
Her: I will not confirm or deny we are in Georgia.
Me: Tiera has already ruined it for you. I saw her post on FB last night.
Her: I knew there was a reason why I didn’t want her to post those pictures. Look this is just too much for me. I can’t be keeping up with all this stuff. I’m busy.
Me: Yeah- so what’s the plan?
Her: We will be over there tomorrow.

I feel nothing but warmth knowing that my momma came all this way for me. So even though I have to fake a surprise face I am happy to see her, it was Mother’s day weekend after all and I am so glad she was in town.  It’s been a good five or maybe six years since I spent a Mother’s day with my mom. On Saturday morning I got up, walked my dogs, did my hair, and went to my make-up appointment at Sephora. Nothing happened. Then at 11:45 I get a call and a text from Aakie, “Please take this time to get cute and leave for this address at 12:30.” So I put on my pretty dress and shoes, readjusted a few flyaways and got into my car and drove to West Egg at 12:30 like she instructed. I was fully expecting Aakie, my mom, Travis’ mom, my sister, and a few friends from my old job; they texted me on my way.

What I got was 18 beautiful women all there to shower me. I had friends from college, cousins I had never met. Some aunts, my mom, my blabbing sister, coworkers and my grandmother. My biggest surprise was my bridesmaid Leah, who flew in an hour before the event just to be there. I was totally not expecting to see her! I nearly cried! It was such a surprise. I felt so loved and cared about I can’t even fathom into words how I felt. Unfortunately, my other sister couldn’t attend, and neither could a few other people I thought might have shown up, but it was still a beautifully surreal experience. It’s times like these you really have to appreciate the people in your life. You can never underestimate the magnitude of their love for you. People always will continue to surprise you.

It was a beautiful afternoon with mimosas, gifts and a whole lot of love. It was wonderful! I couldn’t have asked for anything more from my friends, and I am still surprised they pulled off as much as they did! Even if they don’t really know how much I actually knew.

We are one week away guys, can you believe it? We have come so far, and I feel like we have gotten to know so much about each other in the past six months. I am sad it’s almost over. Well, that’s not entirely true. This whole thing is more bittersweet than anything. It is sad because we are coming up to the last few entries together – but I am so happy that it’s almost wedding time! Stay tuned because I can not wait to share with all of you the beautiful pictures and my honest review of Atlantis and a destination wedding outcome within the next few weeks with all of you. 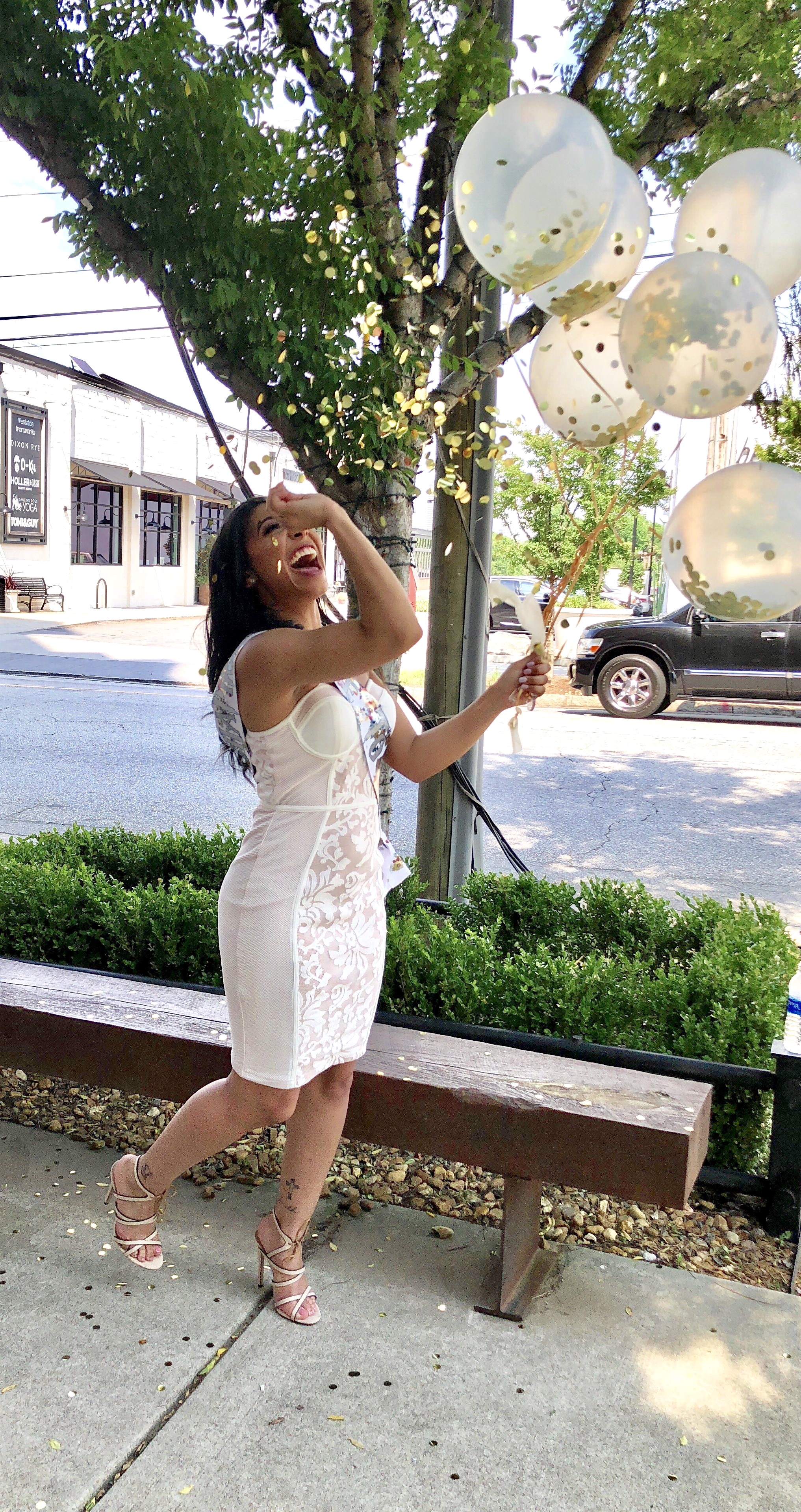 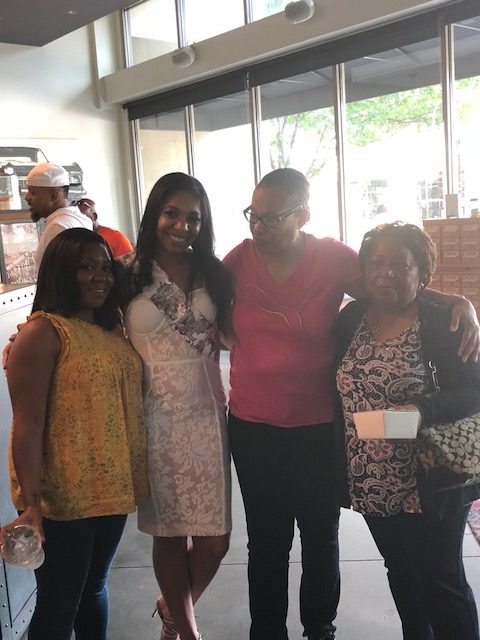 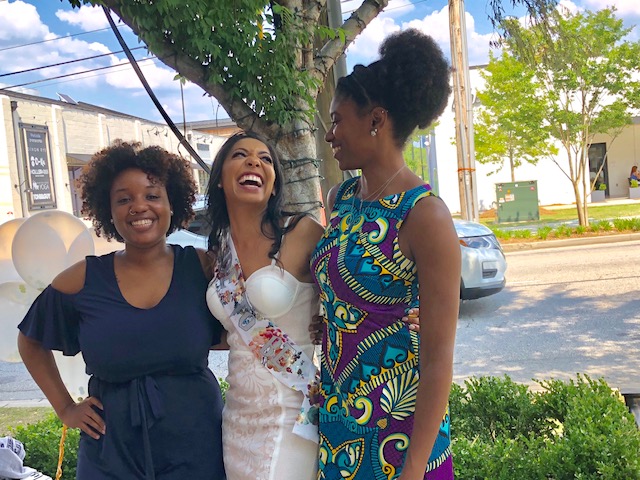 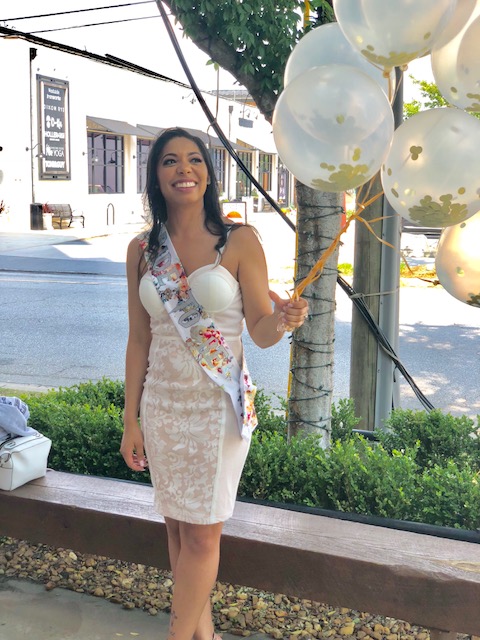 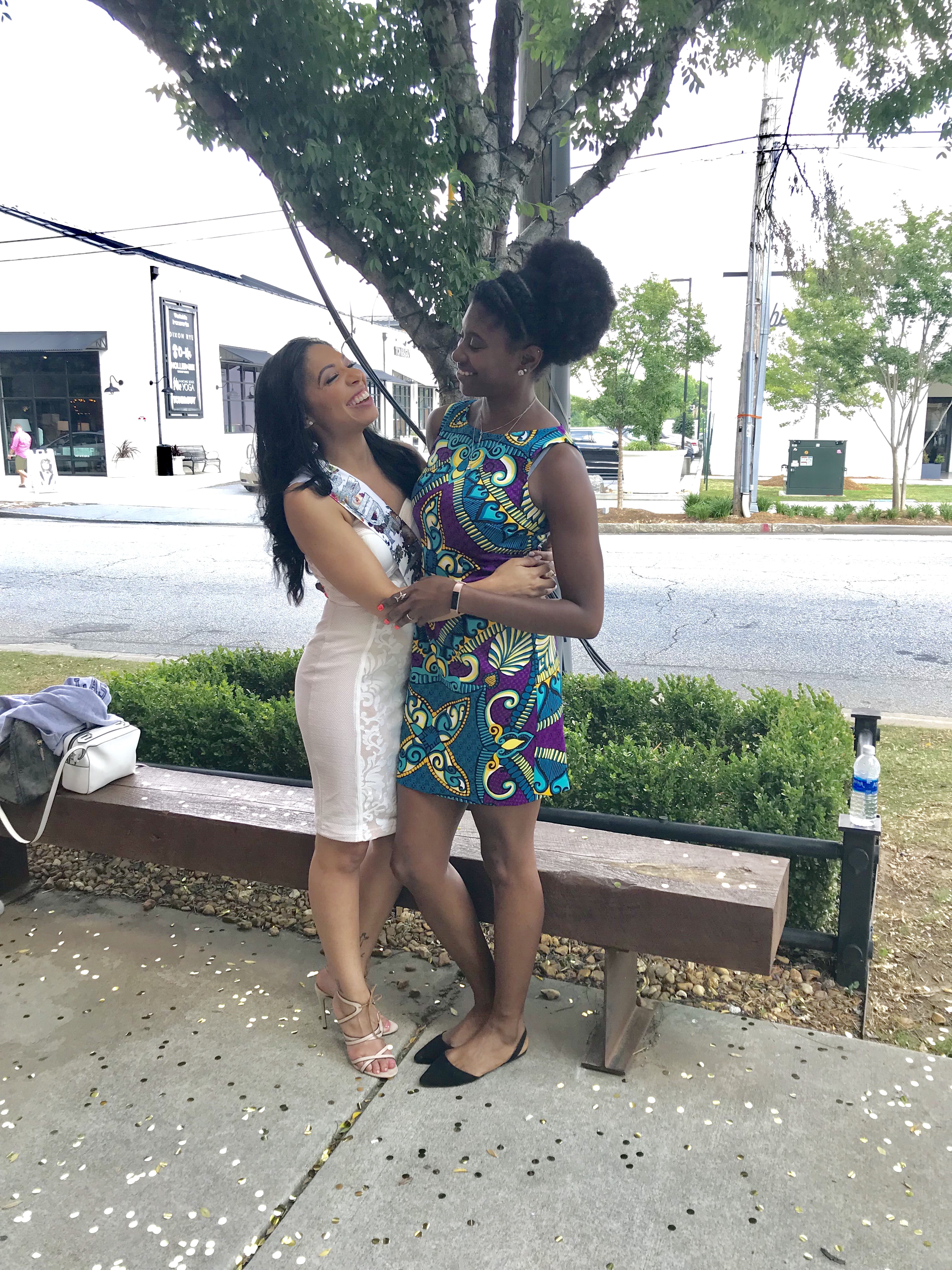 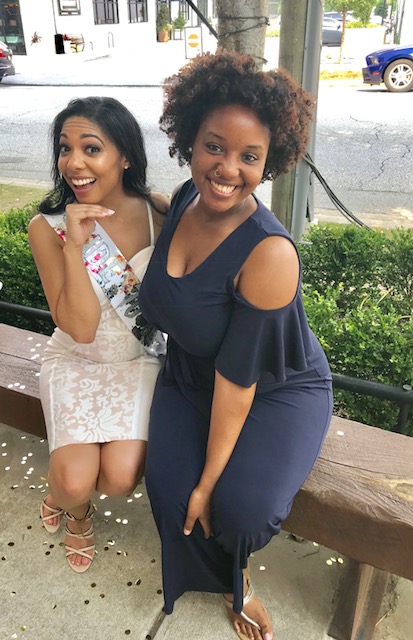 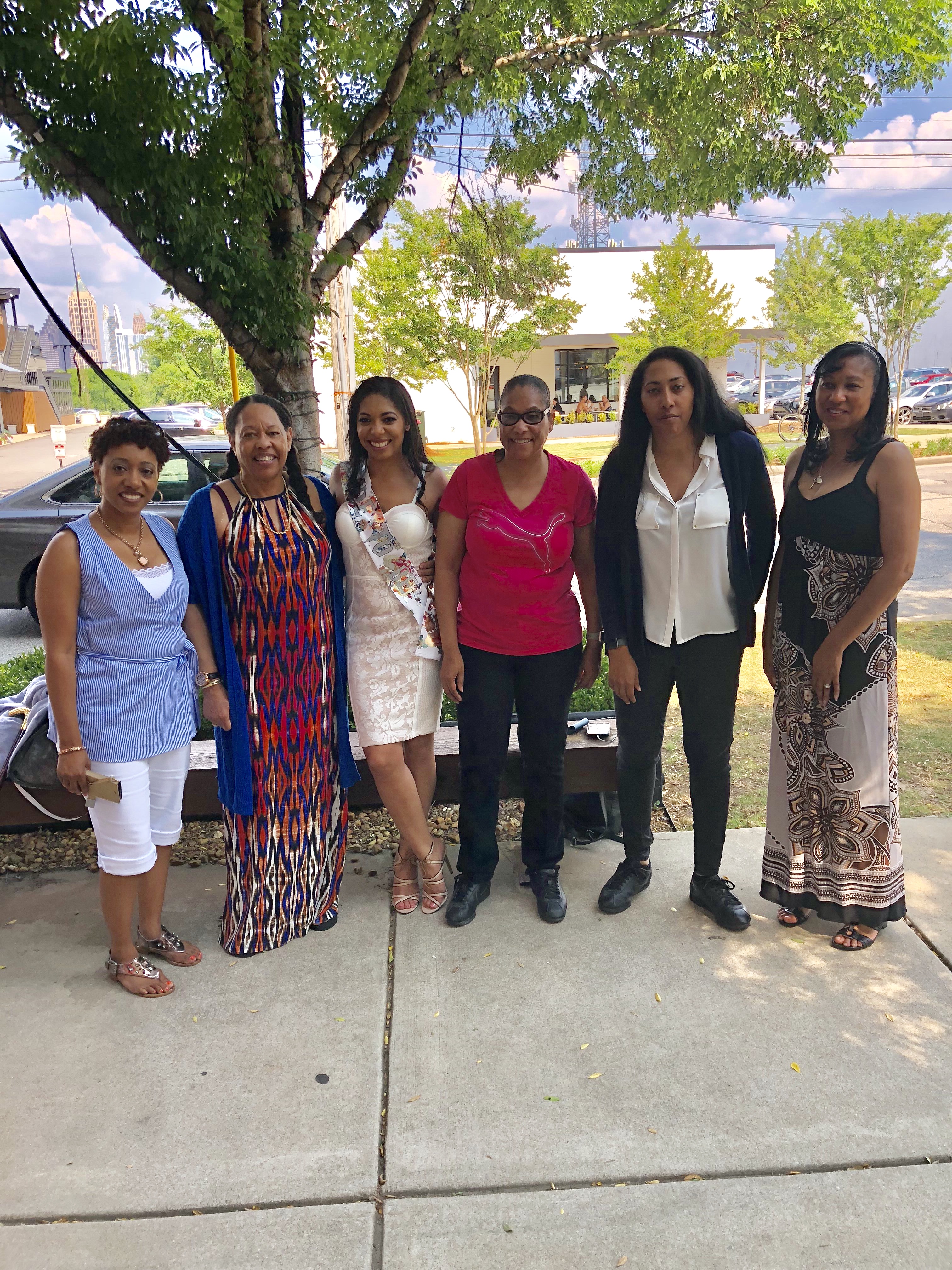 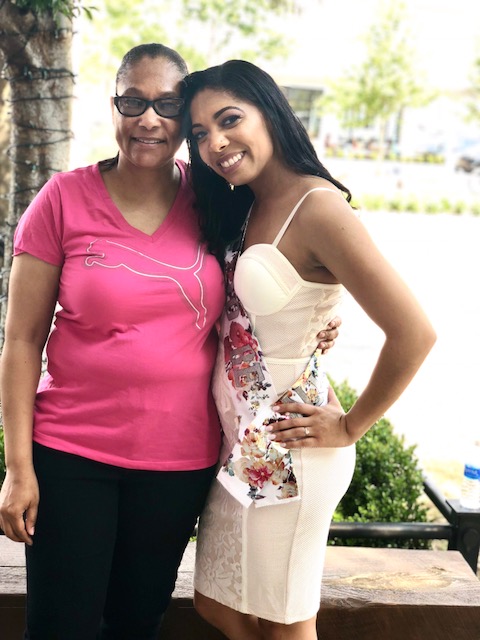 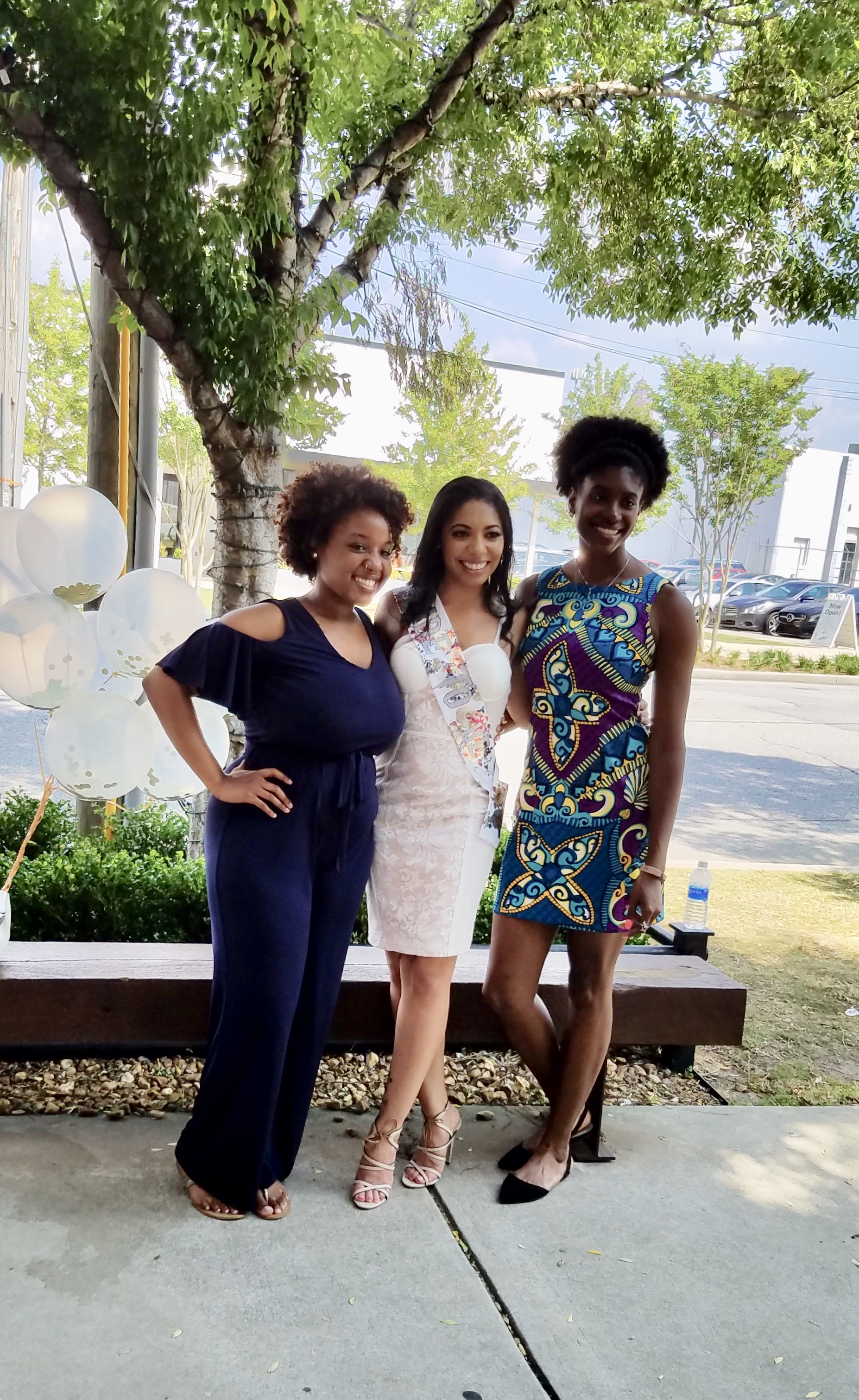 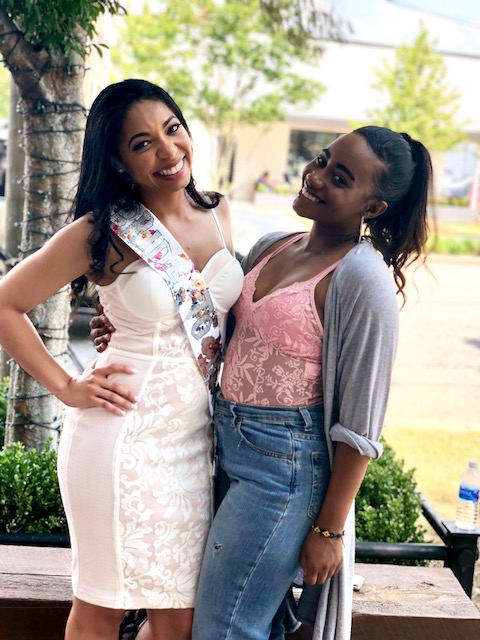 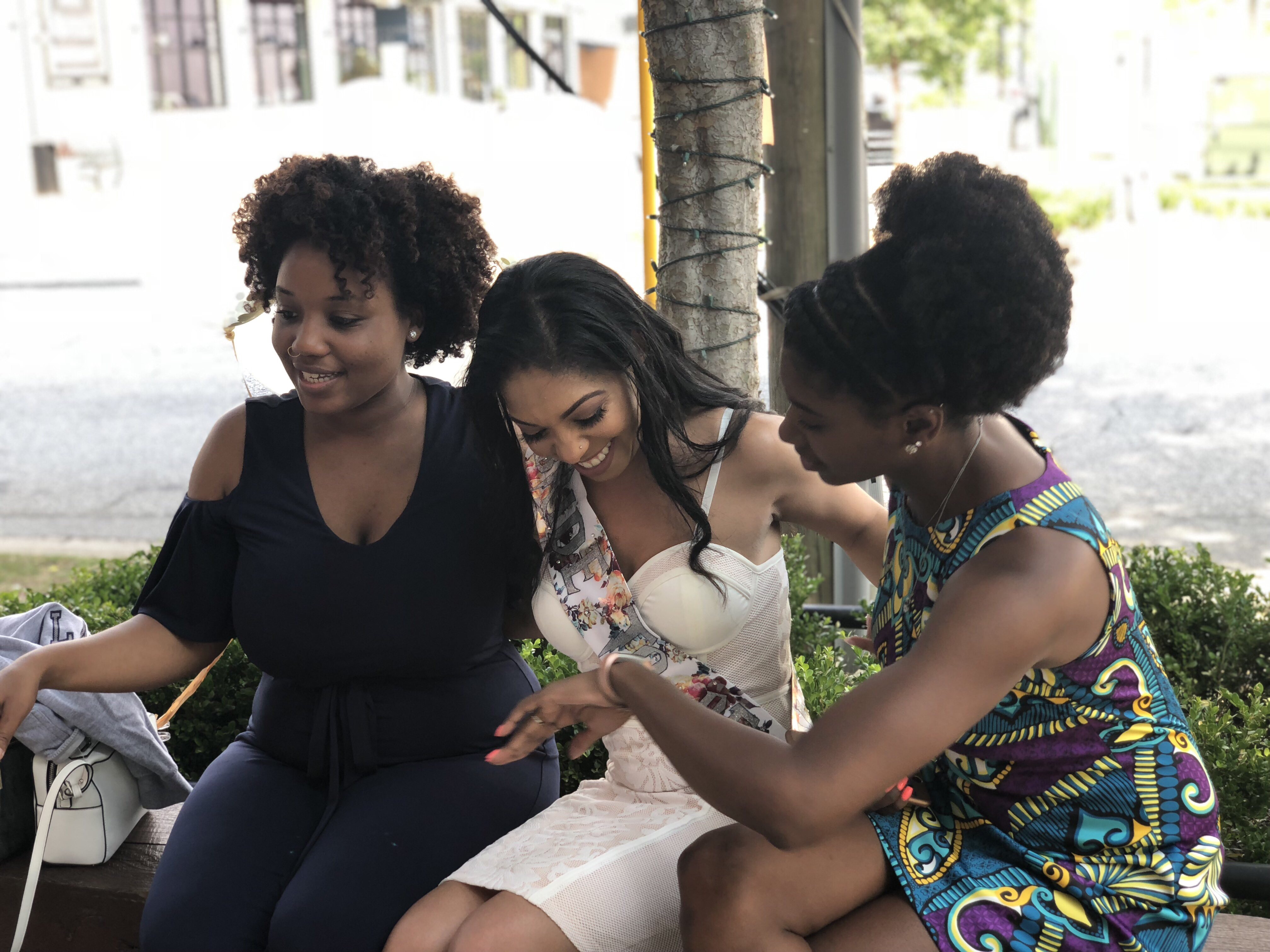