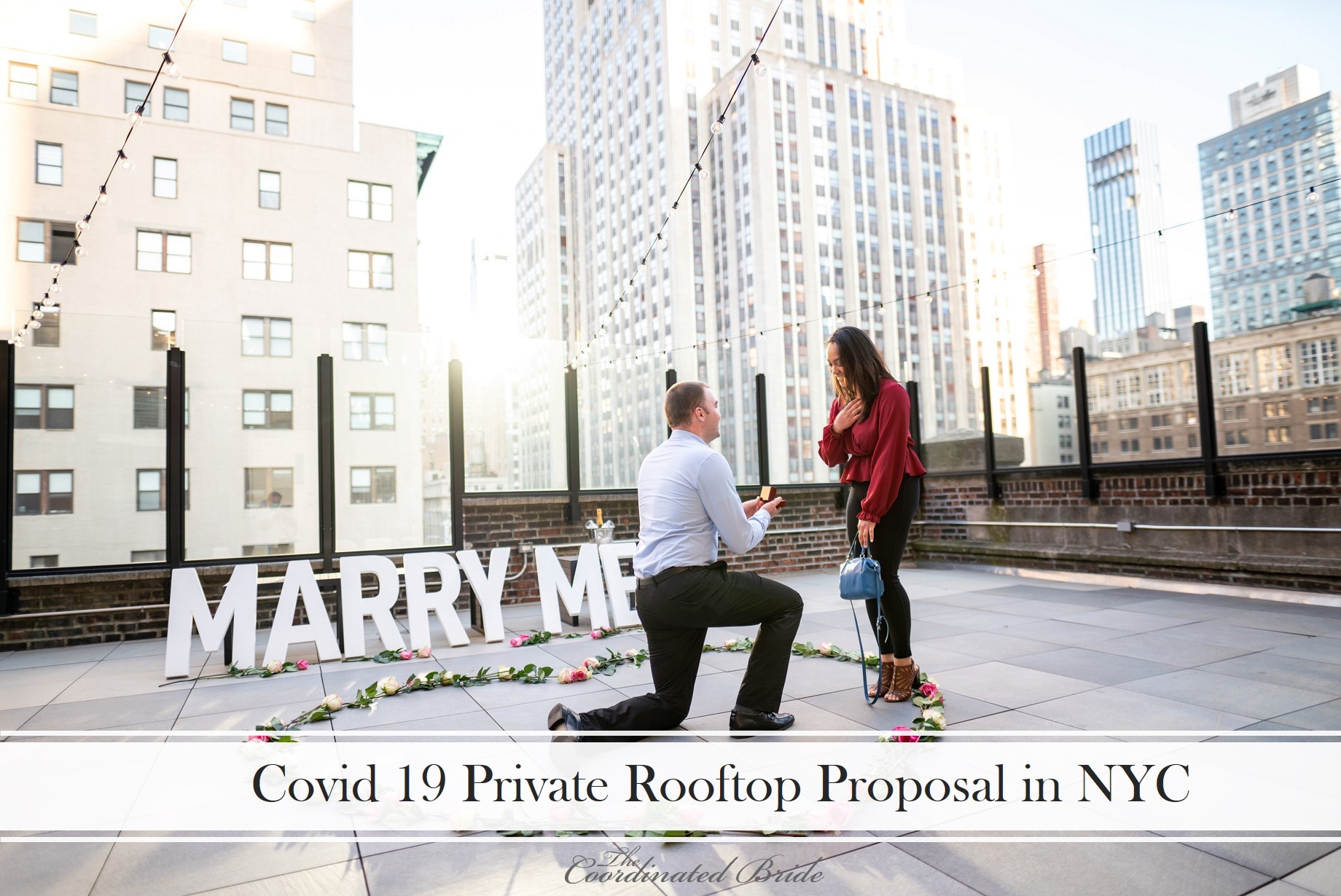 Noemi and Michael met in the 4th grade at grammar school in North Bergen, NJ and remained in the same class until high school. On November 2, 2007 they became boyfriend and girlfriend during their sophomore year in high school and have been inseparable ever since!

For the proposal, Michael told Noemi that they were going to a “First Responders Dinner” in New York City (Michael is a Police Officer and Noemi is a health care worker at a hospital in New Jersey). She completely believed him! To her pleasant surprise, it was actually a planned proposal on a beautiful rooftop in midtown Manhattan! It was the most amazing and beautiful time they have ever had, it literally COULD NOT have been better and the best part is, she had no idea!

Noemi was completely fooled by his “cover story”. The set up included a “Marry Me?” display, amazing champagne and a beautiful pink roses designed in the shape of a heart, and of course, a great photographer, Vlad Leto photography, to capture their amazing moment together. It was the best night of their lives.