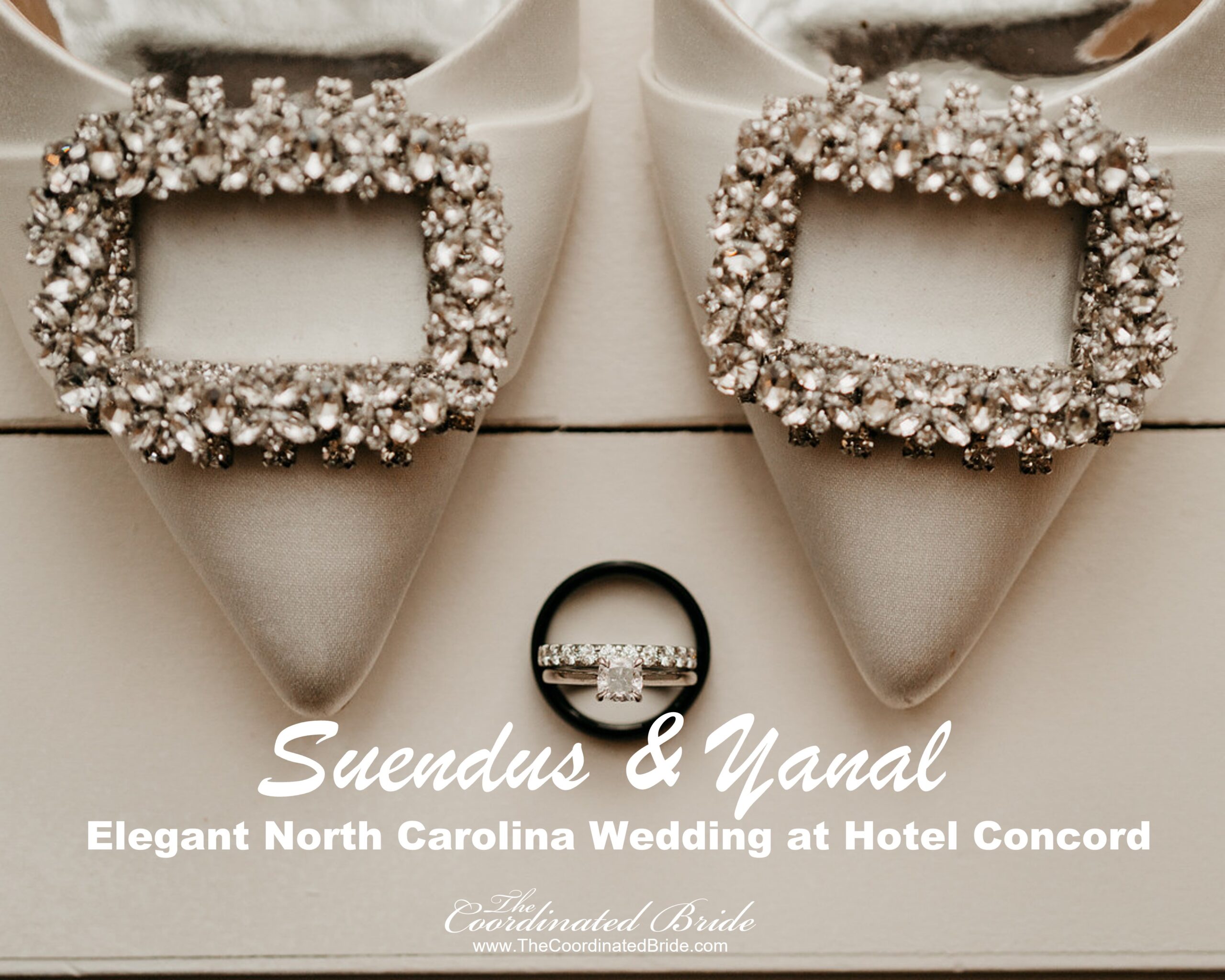 Elegant Wedding at The Hotel Concord

Suendus and Yanal’s original wedding plans were affected by Covid, but they made up for it in a stunning and elegant affair that took place at The Hotel Concord in North Carolina last November.

A beautiful ceremony was followed by a unique and high-energy reception that their guests will never forget. The ceremony was extra-special and emotional for these two and their families because weddings in their middle eastern culture don’t usually have them.   Afterwards, they kicked off the reception with a dance party that got all their guests up and dancing! Another cool part of the evening was the traditional jewelry ceremony where both families presented Suendus with gold wedding jewelry.   Suendus and Yanal also planned a sweet surprise dance for her mother where the groom + all her sons and grandsons took turns dancing with her. She was surprised and moved by the sweet gesture.

Q: Did you personalize the day in any way (food trucks, guest entertainment etc.)? What were some of your favorite parts of your wedding?

A: My mother took care of the wedding favors. They were gold netted boxes with thank you tags and chocolate inside.

Q: How did you meet? Tell us about the proposal.

A: My Bestfriend came to Panera while I was studying one day, and she asked me if I was seeing anyone. And, since obviously she knew I wasn’t, I assumed she was just leading the conversation for me to ask HER if she was seeing someone. Then to my surprise she told me that she was talking to her cousin last night and they were laughing about how single they are. She said she doesn’t know why she never thought of this but she thought we’d make a great couple. I was taken back and totally uninterested in being set up. She showed me his Facebook (lives in New York) and told me that he wants to become a doctor (what girl doesn’t want a man like that? lol). I thought he was cute and so I told her that she can tell him to add me. So, hours go by and I was getting kind of curious about him. He finally adds me, messages me, calls me, texts me, and then we had FaceTime study dates. We officially met a month later. We went on our first date at a vineyard where he asked me to be his girlfriend with an infinity necklace. It was very cute, and from that point, he just stuck. During the beginning of our relationship, we took our first trip together to Atlanta, Georgia. It was in January and all the flights were getting delayed and canceled. He was one of 2 people able to get on a flight to ATL.  Anyways, we went out exploring downtown where a photographer Stephen stopped us randomly to take pictures of us. He gave us the pictures via email and of course, we were so excited. So, 3 years later we take another trip to Atlanta. He takes me shopping and to get my nails done (which was suspicious because what man is like that). Then we go walking in a park on a beautiful day, March 13th to be exact.  Suddenly, he stops, I put my head on his shoulder, but I can hear his heart RACING. I ask him if he’s okay, and he starts to ramble about how much he loves me, etc. Gets on one knee…. and there was Stephen. From our very first trip, taking our engagement pictures.

Q: What was the most anticipated or special moment of your wedding day?

A: It is crazy to say this, but our wedding went 100% the way we wanted it to. The ceremony was the highlight for me. Only because in our middle eastern culture, weddings don’t have ceremonies. It was beautiful and made me cry. An experience that will never be forgotten. Also, the photos and videos afterwards was the best 😉

Q: Do you have any wedding planning or marriage advice that you’d like to share with other couples planning their day?

A: Make sure you get a venue that has a wedding coordinator or pay for one. Also, don’t forget to take posed pictures. I was so caught up in my day, I forgot to take the regular posed pictures with my guests!