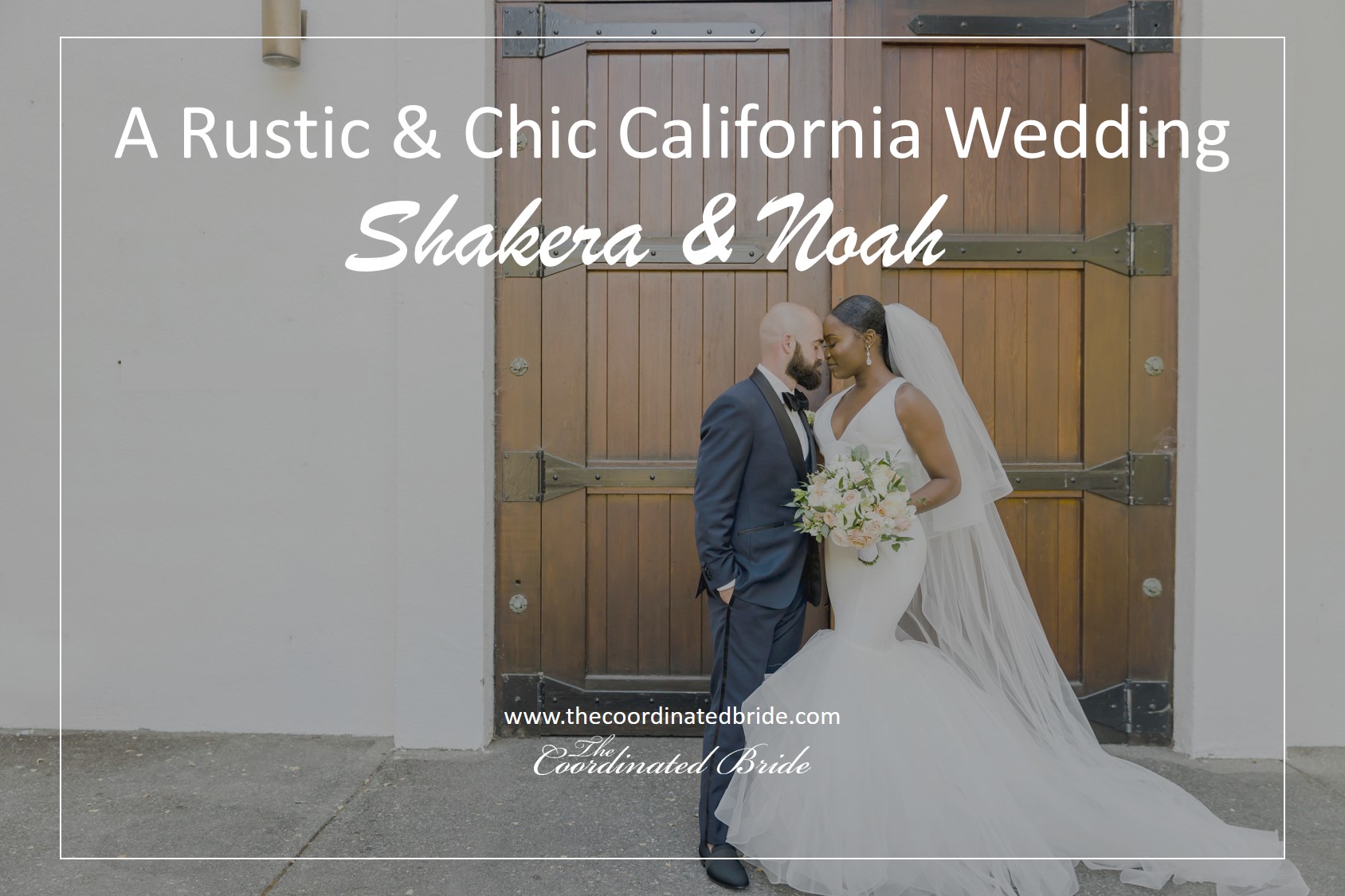 Shakera and Noah said their I Do’s in front of family and friends on June 30, 2019 during an outdoor ceremony at Wente in California. Their story began in 2004 in African American Studies class on the campus of Penn State University. They didn’t speak to one another much – just the simple exchange of pleasantries. Noah knew Shakera was the one back then but their LOVE story did not begin until thirteen years later when the two reconnected on social media.

There was just ONE issue….. they were on DIFFERENT COASTS of the U.S. Less than a year into the relationship, Shakera decided to move to California … As the saying goes, the rest was history! Two years after moving to California, Noah proposed to Shakera at Carmel by the Sea. The day after her birthday.

On the wedding day Shakera wore a wedding dress by Pnina Tornai purchased at Kleinfeld Bridal in New York City. It is a mermaid style dress. Noah designed his suit and had it custom made by spoon Tailor. The wedding theme was urban, rustic chic.

Congratulations to Shakera & Noah. All images by Photography by Vee submitted by the couple’s Wedding Officiant, Married by Rev Roxy