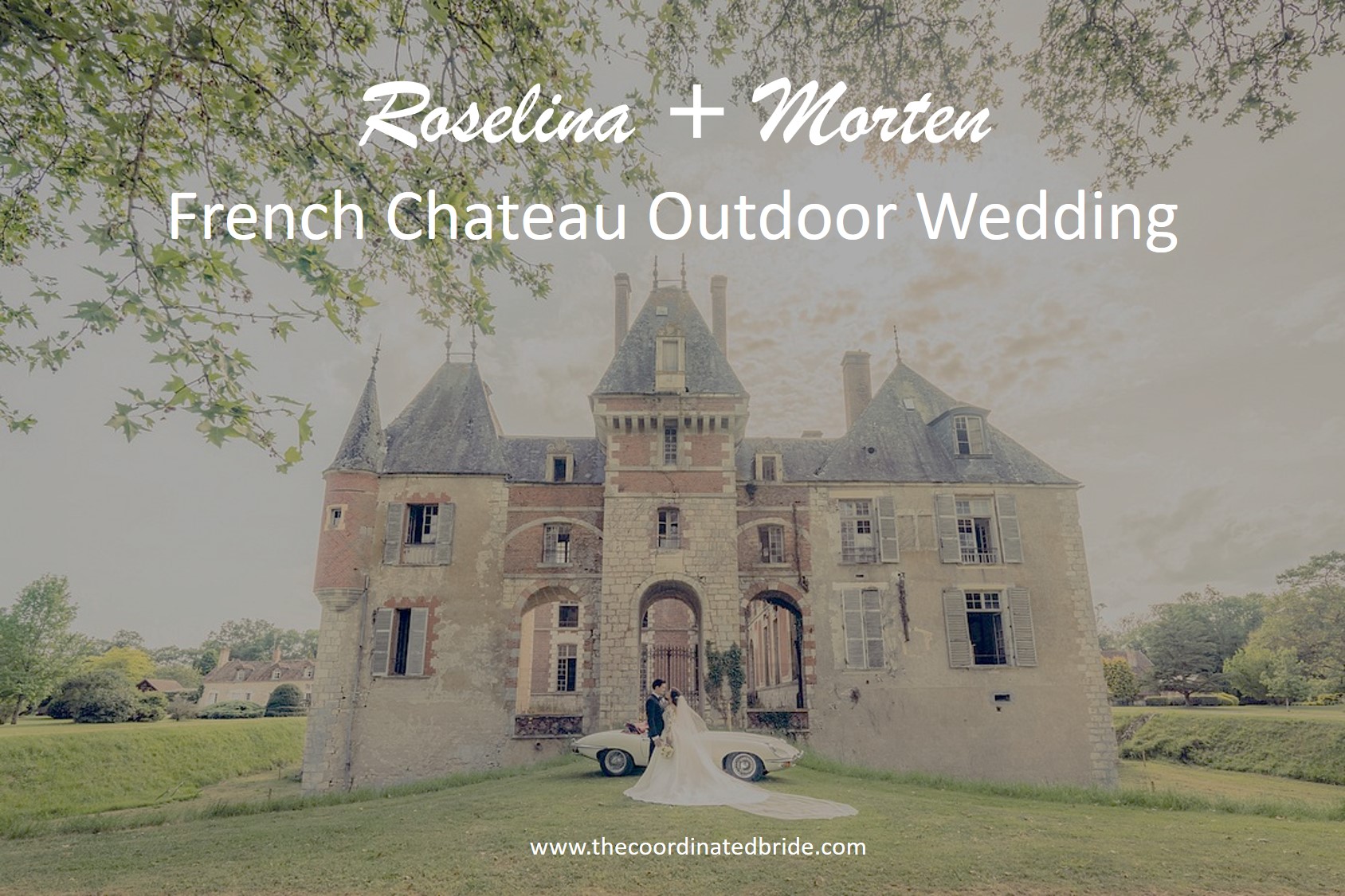 An Outdoor Wedding in an Ancient French Chateau

Roselina and Morten have been a couple since July 2010. They pair had a playful but glamorous outdoor wedding at Chateau de Courcelles le Roy. According to the couple, so many of their dreams have come true in Paris and France has always been one of their favorite places in the world. They got engaged in Paris and it only made sense to them to get getting married in France.

Their Love Story as told by the Couple

We first met years before that. We are professional Latin American dancers and we have both been competing internationally since young age. We have known each other from competitions around the world where we were both participating. In 2007 we had the opportunity to dance together when we were both without partners. Roselina was at the time living in Hong Kong and I was living in Denmark.

We did not end up dancing together at the time but we kept in contact with each other on a more regular basis. A few years went by and then in 2010 we once again found ourselves in the exact same position of “both” not having dance partners at the same time. At this moment in time we were communicating more or less on a daily basis over the phone or on the computer. During on of our conversations we spoke about how nice it would be to go out for lunch or dinner together.

Once I hung up the phone, I booked the tickets, packet the suitcases and flew from Copenhagen to Hong Kong to have lunch together. During the next days we went for lunch and/or dinner every day and our “friendship” turned into “more than a friendship”. We immediately became very close and spend most if not all our time together. In fact, I never returned from this Hong Kong trip. That suitcase which I packed was the last I saw of my life in Denmark. This was our beginning. ??Years went by, dancing, competing, working and travelling. We won 2 world Championships in Paris. Some of our most precious memories together. We always loved Paris. We loved visiting Paris every year in December. We would stay a couple of days extra after our championship every year. Walking the streets of Paris year after year, until we knew it all so well that we almost felt like coming home whenever we were there. So 2 years when we were back in Paris I had the ring and the speech prepared. We had dinner in a restaurant by the Louvre. After I suggested we would take a walk on the riverbed up to Tour D’Eiffel. The same walk we would do every single time we went been to Paris. When we came right next to the tower we made a stop as we always would just to take it all in. I started fumbling through the pockets of my coat and thought I must be going it all away already. Found the box and held it tight in my hand as I literally forgot every single word of the speech i had prepared. I only remember saying: “Will you marry me?” At first, she slowly walked backwards when she saw the ring, but then she came back towards me and the answer was YES!.. ??