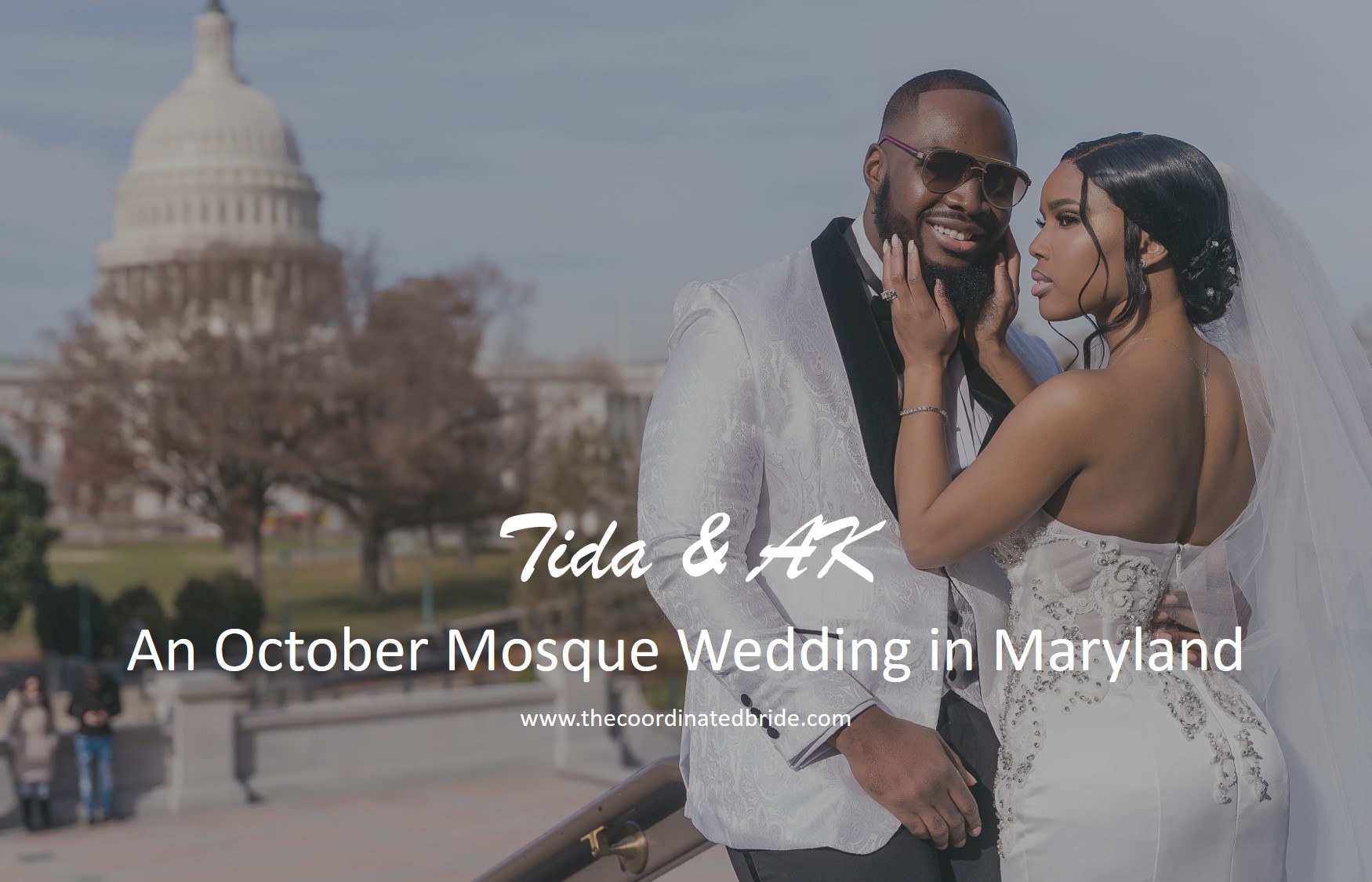 An October Mosque Wedding in Maryland

#AKlovesTK aka the October 2019 wedding of Tida and AK, was the culmination of a 7 relationship and now they are husband and wife.

It was spring semester 2012 when Tida and AK both transferred to Bowie State University. As AK took his seat in class, his eyes were drawn to a particular student as she picked out a seat of her own. AK could not recall the lecture being given that day as most of his time was spent observing his fellow classmate. He noted her serious demeanor, countered by a rare smile, but it was her beauty and persona that truly captured his attention. After a few months of observation, AK introduced himself to Tida. There was an instant connection and they quickly became friends.

Tida and AK bonded over their goals. They were both on the same path for graduation and naturally became each other’s support system. They spent countless hours studying together and helping each other complete assignments, both motivated by the objective of seeing the other succeed. By the time graduation came around, the pair had unknowingly developed an unexplained bond that impacted their lives in ways not yet imaginable.

After graduation, the close friends experienced a bitter sweet “see you later” as they set off to pursue their individual dreams. AK joined the police force and Tida traveled across the world to teach English. As far apart as they were, no distance could lessen a friendship as they not only recognized but also valued each other’s worth. Via texts, calls, and short stays when Tida visited from China, the two continued to support one another through various stages of their lives. At times the distance felt like a nuisance but what they both failed to realize was that the distance was preparing them for a future to come.

They are both from Sierra Leone, West Africa and both of their families are Muslim. They had an all-inclusive wedding while respecting their culture and traditions.

AK appreciated Tida’s stride for exploration and adventure, as such, he respected her boundaries and the path she had chosen for herself. Having been separated by geography and time zones, their bond demonstrated that distance was not for the fearful but for the bold. So, when Tida finally made her grand return home from China, AK figured it was now or never. It was then that a connection rooted in friendship blossomed into a love story. A story of knowing a good thing when you see it, even if you don’t see it nearly enough. And a story of God’s timing; “What’s meant for you, will always be yours. God will give it to you in the right time, and at the best moment”.

Tida and AK are excited to share the rest of their lives together as they seek to continue to strengthen their bond and to remain supportive of one another. AK looks back now and knows that it was all worth the wait! The serious girl worked her way into his heart and there she will forever stay. As for Tida, she’s thankful to have found her soulmate in her best friend. This is indeed a love worth celebrating.