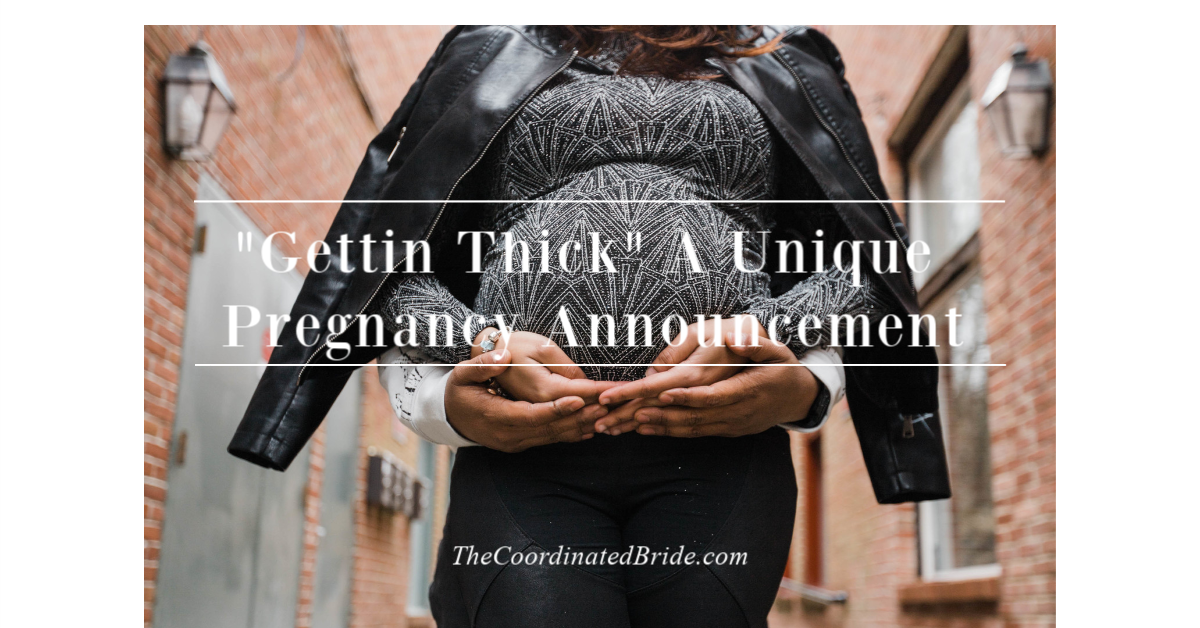 Megan & Garrett were married for 5 years before they were surprised with her pregnancy. They struggled with the perfect way to announce their pregnancy to those closest to them. On their 5th year wedding anniversary they were surprised with an Anniversary party and ended up sharing their own surprise with their close family and friends. Family responded to the announcement with “I thought you were starting to look a little thick.” Megan instantly knew that she wanted to incorporate that response into their announcement to everyone outside of family.

We decided to stay true to ourselves and do something that felt like us. We remembered this cool alley we found last year and thought that it would be the perfect location for an avant-garde announcement ! We also wanted to be very incognito (like our whole pregnancy for the past 3 months) so we wore all black (kinda) and the day before I hand-wrote on my black leather jacket “Gettin Thick” to make it a little more personable. I had started to receive remarks from friends and family about how I was “Gettin Thick”and I wanted to play around with that idea for our announcement. All of our friends immediately got the inside joke and congratulated us on our new journey and it’s been a wild ride ever since. – Megan

Garrett’s brother captured the beautiful images. Congrats to both Megan (of Megapixels Media ) and her husband Garrett!