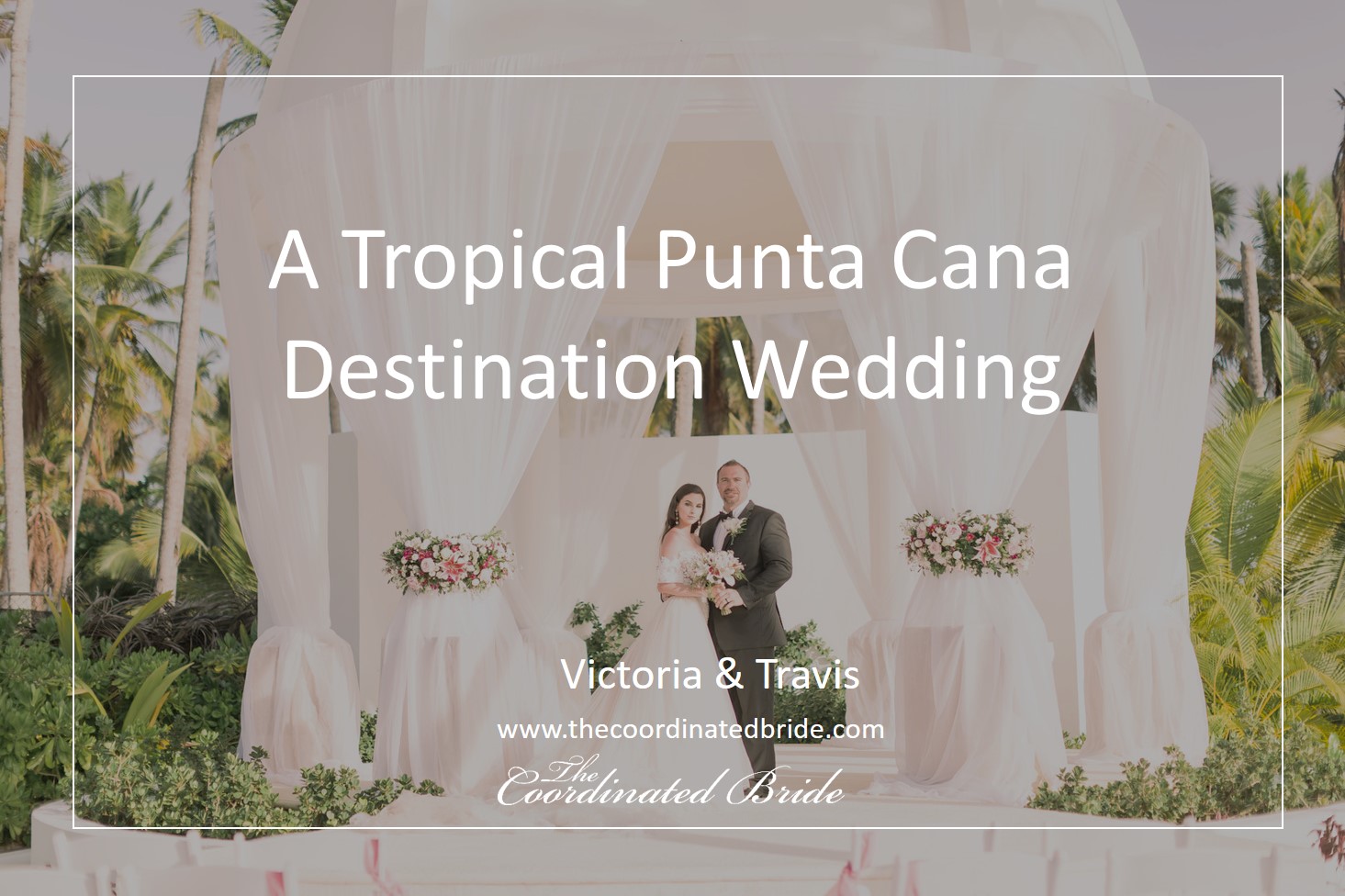 Victoria and Travis met in 2013. One night Victoria and her sorority sisters went to a bar called Clydes and Costello in Tallahassee, Florida. They walked in and that’s when she saw Travis working behind the bar. Victoria walked up to the bar and ordered her drink; Travis saw her and knew he had to ask her out. They’ve been together ever since. In March 2018, Travis took Victoria to Disney World and popped the question. Of course she said yes!

They decided to have a destination Wedding in Punta Cana, Dominican Republic. Most of their portraits were taken at Altos de Chavón in La Romana. Altos de Chavón is a Spanish village mixed with Mediterranean vibes. The streets are filled with musicians and people dancing. They have the cutest shops and restaurants. Most importantly, the views are absolutely stunning.

Their tropical ceremony took place at the Excellence Resort in Punta Cana on May 15, 2019. With palm trees and ocean views the couple tied the knot under a dreamy white dome in front of friends and family.