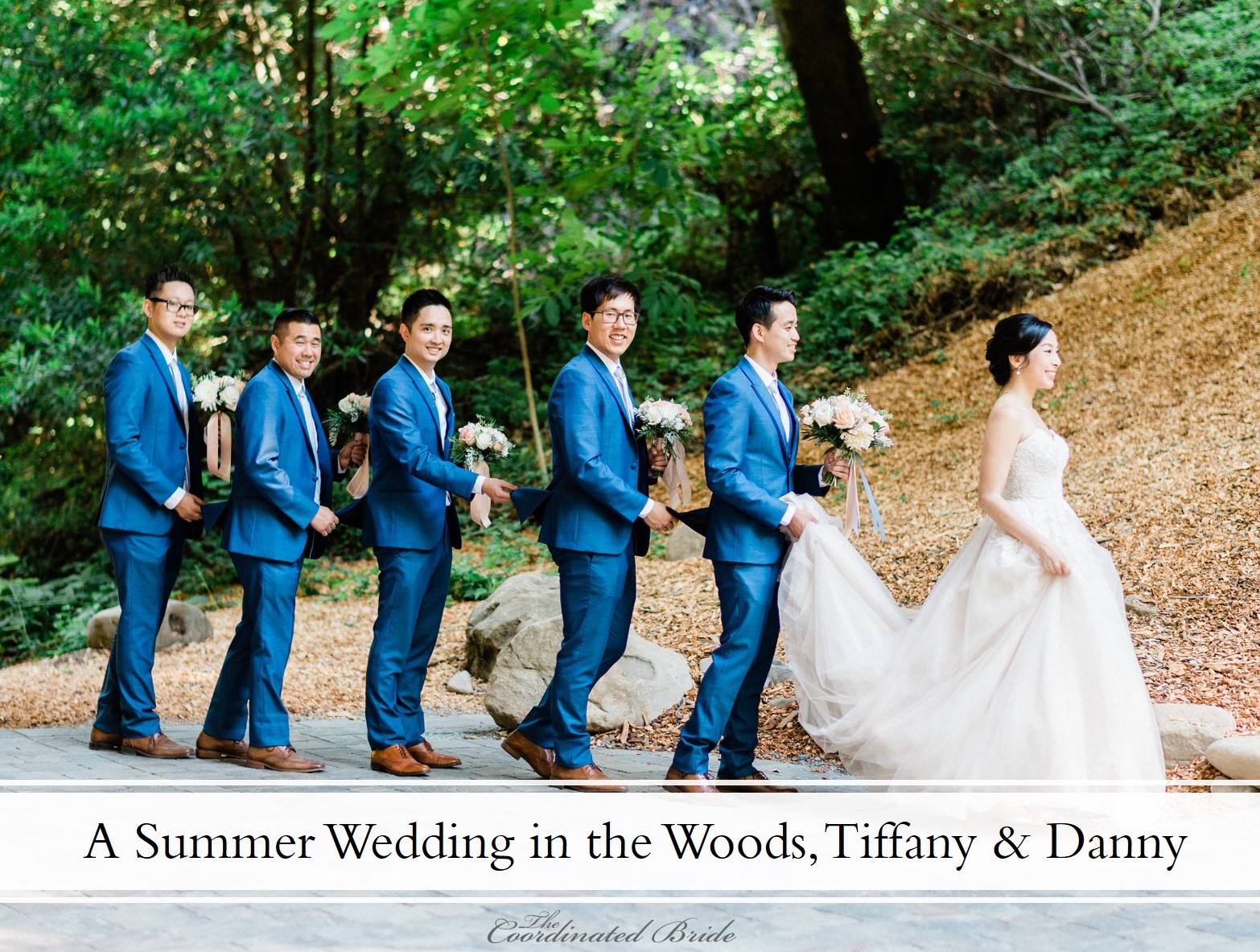 A Summer Wedding in the Woods, Tiffany & Danny

Tiffany and Danny dated for 5 years before saying “I do” to happily ever during a serene summer wedding in the wood at Saratoga Springs in California. The pair met in the backseat of their friend’s car on the way to a bar. They were both healthcare grad students on the same campus. At first, that seemed to be their only commonality. She was in nursing and he was in pharmacy. She was from the Bay and he was from LA. She admired nature and trees while he loved urban sceneries. They texted nonetheless with lots of emoji’s. Their friends gave them weird looks, but they chatted on for so long that it could fill books. They were both corny and shared lots of laughter, day after day like time was not even a factor.  Before you knew it, 5 years passed and they were getting married.

For the wedding, Tiffany and Danny wanted a summer vibe with subtle colors and a splash of contrast that would make the natural colors of the venue more vibrant. The day started with honoring their culture by wearing traditional Chinese wedding outfits and doing a tea ceremony to express gratitude to their parents. The wedding party donned vibrant shades of blue, gorgeous examples of 2020’s Pantone color.  Tiffany and Danny collected all of their decor items and named tables after their favorite trees & plants.

For the Grand Entrance, they incorporated a creative basketball lineup grand entrance with the DJ announcing bridesmaids and groomsmen like players running down the lineup lane. Each pair had their own special handshake. Their First Dance had a personal twist where Tiffany twirled Danny and ended with a dramatic drop and kiss timed with the end of James Arthur’s “Say You Won’t Let Go.” For dinner, everyone was seated at communal picnic tables and they had Le’s Kitchen bring in a feast – a traditional 10 course family-style meal of delicious Chinese banquet food. Instead of traditional cake, they opted for a gelato cart for dessert.

It was a magical day filled with fun details, nature, and love.