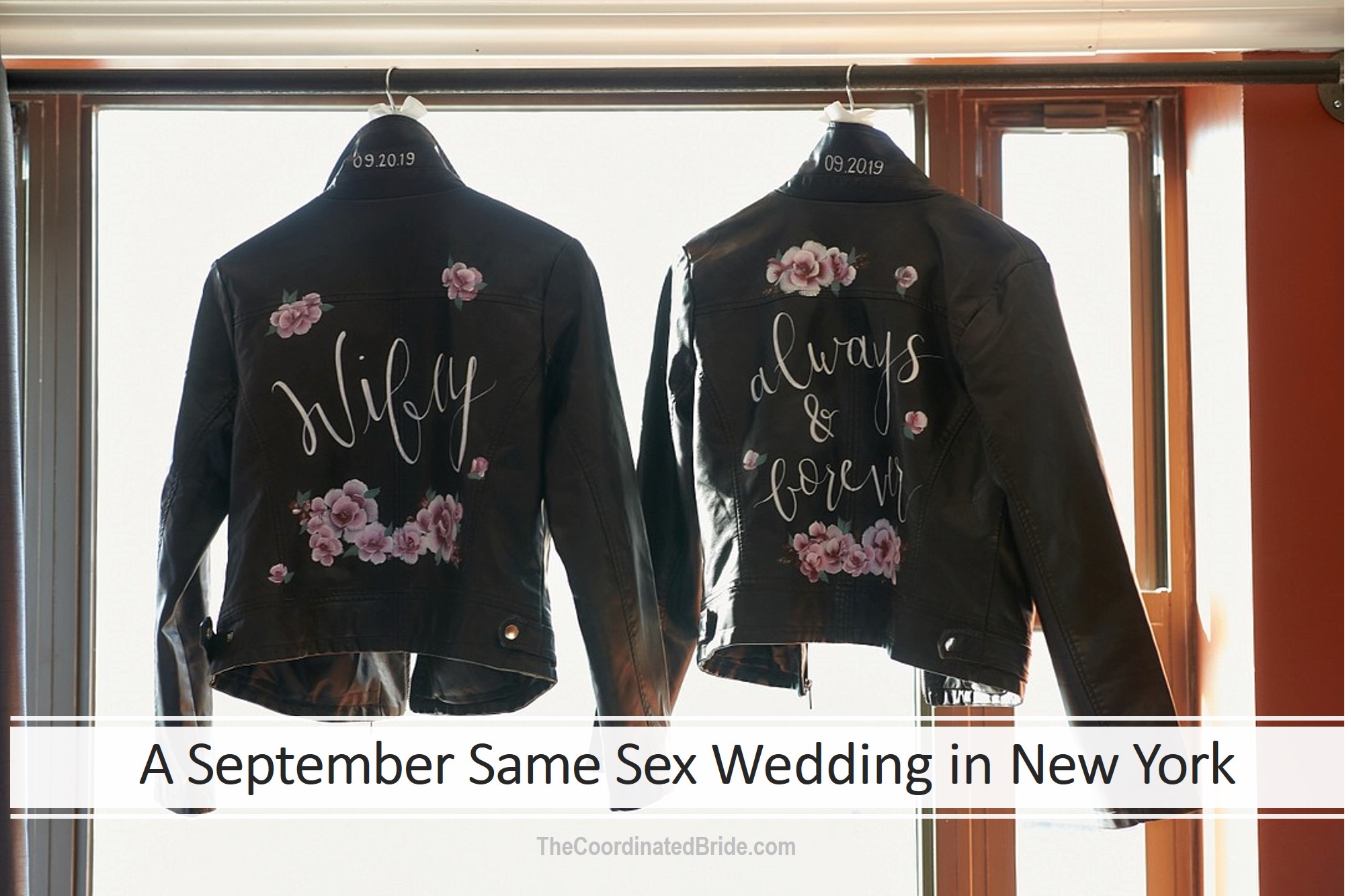 After two years of wedding planning Judy and Gwendolyn said “Yes” to forever in front of close family and friends on a beautiful September day in New York in 2019.

The pair met while working together at a restaurant. One was the hostess and the other was a server.  They were introduced through a mutual friend that also worked at the same restaurant and just hit it off.    There was a park across the street where they used to go and talk after their shift, and that is also where the proposal took place.

Judy and Gwendolyn wanted to have a modern wedding that was both warm and welcoming.  Since it was almost Fall, they decided on a rich, deep red and off white as the main wedding colors.

The couple did not want a religious ceremony but one of the brides’ uncle, her pastor, married them.  It was important to have him as their pastor because even though he is very faithful to his religion, he was thrown out of his church after coming out as gay.   As a same-sex couple, Judy and Gwendolyn thought it was important to have someone represent them during their ceremony.

The Wedding Details, As told by the Brides

My wife is not the dress type, so she wore a suit. It was a beautiful white suit with maroon on the inside of the jacket. The jacket was textured to add dimension, and it was coordinated with a straight, skinny pant. I had two dresses for the occasion. My ceremony dress was called Epico, by the designer Pronovias, and I purchased it at a small boutique in downtown New York called The White Gown. It was so comfortable. It was a strapless dress with a sweetheart neckline, with a flower petal detailing on the bust and along the sides. It had a long train, which I really wanted because I did not want a veil, and buttons going from the back all the way down the train. My second dress was by Essense of Australia, that I bought at a boutique called Lotus Bridal in Brooklyn during a trunk show they were having. It also had a sweetheart neckline and thin straps that had a line of pearls on it. The bust was somewhat see-through before going into a long train that had lace detailing all along the bottom edge. We both had on heels for our pictures and most of the day, but when it came time to party, we ditched the heels for our custom made converse sneakers.

The ceremony was very simple, but the reception took the most amount of work. We had a lot of DYI pieces on display, and a lot of decor that also functioned as keepsakes for our guests. I LOVE flowers, and so finding a good flourish was important to me, which we did! Our center pieces were very tall, pieces of wood with bunches of dark red roses and crystals dangling down. We had a big floral arch that functioned as decor for our ceremony and backdrop for our sweetheart table. They were breathtaking!

When it comes to planning, do everything as far in advance as possible. The more you have done before-hand the better. I was done with my planning a month before, so I was able to focus on just pampering myself when it came time to countdown for the big day.    And on the day of, everything had been taken care of so I was cool, calm and collected. As far as marriage advice: communicate, communicate, communicate. My wife and I do it with everything: small topics, big topics, unimportant and important. Make sure to check in on each other, and that you are on the same page. Be open to agree to disagree, and always have each other’s back. Respect is key, and make sure you listen, while also feeling like you are heard.