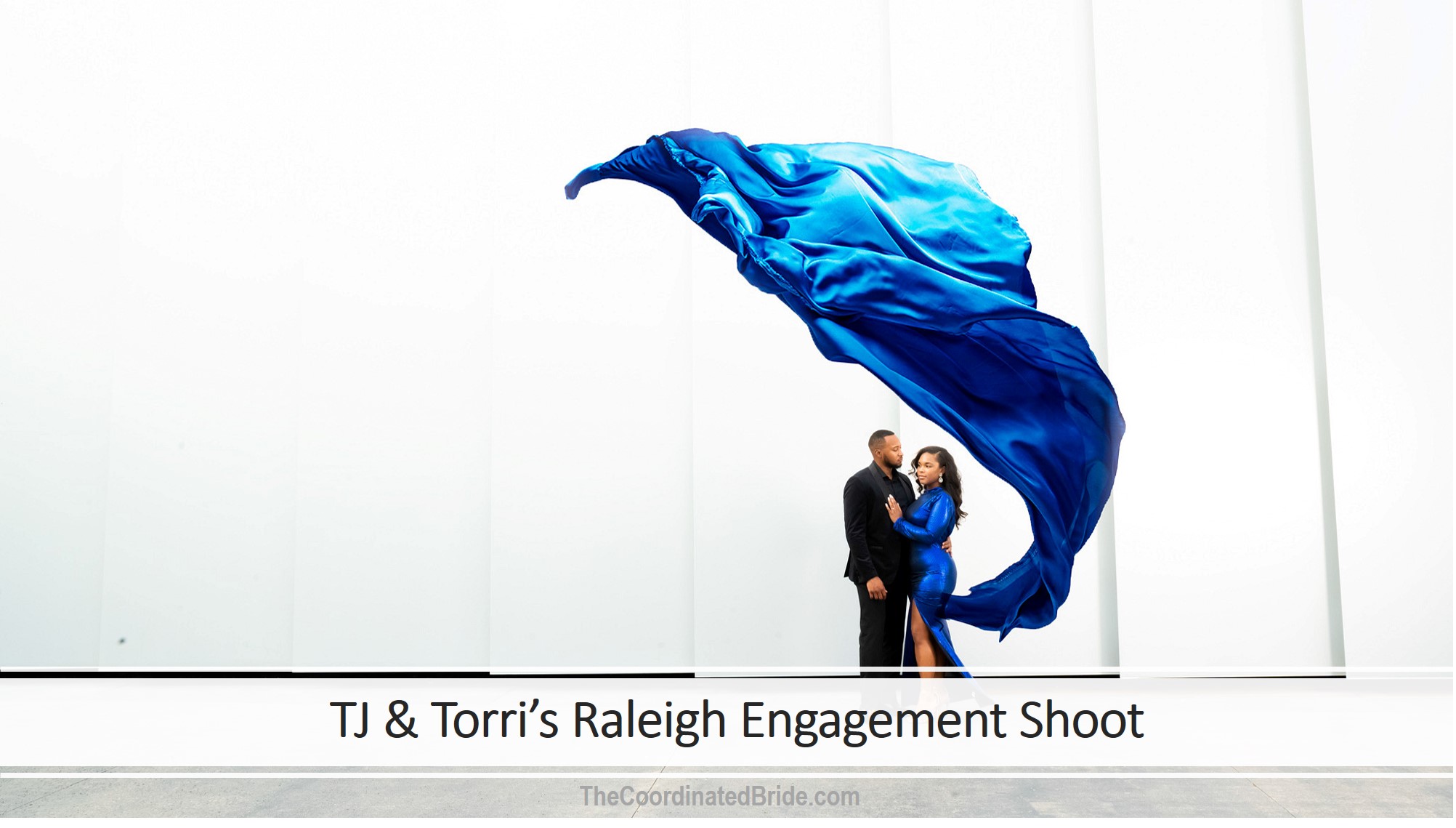 The Meeting (As told by Torri)

It was August of 2011, right before my sophomore year at NC A&T.  I was with my parents and we were headed to Raleigh to see some family. On the way, we stopped at the Sheetz gas station. TJ was with his fraternity brothers, as he would say, he was “kidnapped” and thought they were just riding to the store up the street. He later found out, after being on the highway, that they were actually going to his fraternity brother’s store in Atlanta.   On the way, they stopped at the Sheetz gas station – where we had our first exchange.  As I was heading out of the store, we locked eyes.  Apparently, he told his frat brothers “that’s going to be my girl”.   He greeted me first and we were talking a bit. I don’t remember exactly what he said, but we exchanged numbers. My stepdad saw the exchange and told my mom about it.   We still joke about it to this day.  TJ always says that I texted him the whole way there, but I don’t remember that at all.   He came to see me at school shortly after, and the rest is history.

TJ is the extrovert who never meets a stranger, who has the event company and everyone knows. I’m more of an introverted extrovert. I’m more laid back and quiet, but I love being out and about. We balance each other well. We also love to travel. Our first trip was a cruise a few months after we made it official. Since then, travel has been one of our favorite things to do, which is also why we got engaged overseas during our annual summer trip.

From Torri: There are several instances that lead me to believe TJ was the one. From seeing how he is with his family, to how he treats those who work for him, and how he talks about me publicly to his friends, family, and even strangers. He loves making me laugh and ensuring I’m happy. He takes pride in making sure everyone around him is having a great time and leaves a lasting impression. He is also a man of his word which is critically important. His character speaks volumes and that’s why he’s someone I can see myself being with forever and raising a family with.

From TJ: I knew she was the one for me by the way she is able to take care of me and everything I love. She is like the glue to her family and is always there to support them when in need. This support is the same support I know I want for me and my family. She also motivates me to do more and get work done when I sit back and admire all of her accomplishments. I know she has my back and I know we will push each other to become the power couple I know we can be.

Torri’s side: We became an “official” couple in 2013, two years after meeting and when TJ graduated from school (I had one more year left). One of our favorite things to do as a couple is to travel. We started a tradition of going to Cancun, Mexico every year. For our 2019 Cancun trip, we decided to plan it around my birthday. The night before our trip, as TJ was packing, he asked what I was planning to wear because we were doing a photoshoot. I was thinking, “Oh, we are!?” I just said I’ll wear one of the dresses I already packed, not thinking anything of it at first. But then I started thinking that wasn’t like him and he must be planning something. When we arrived at the resort TJ wanted to take pictures immediately to get them out of the way. I thought that was strange, but I went along with it. We went to the resort’s professional photographer and set a time to come back and take pics. While we were waiting, we went to a pool party to enjoy some drinks and the scene until it was time to go get dressed. Once our time came for the photoshoot, we chose a few spots by the beach that were perfect. When we got to the last few photos, I suggested the pier. We took a few photos there and then TJ gave the photographer his phone. When he got back in place behind me, I heard him saying something and then he immediately got on one knee. I turned around and started crying. I was speechless. I just remember I kept saying, “Are you serious?” and then I asked if he told my mom lol. TJ’s side: We changed clothes and I knew it was time to grab the ring out of my bag. I put the ring box in my back pocket so she would never see it and we went to meet the photographer. We took a lot of pictures in different areas but I knew the background I wanted in the shot, so I waited until I felt right. We were trying to go to a rooftop that had the ocean in the background which I thought was perfect, but the door was locked. Next, we went to the pier and the background looked good but I wasn’t sure. There was a boat of around 60 ppl that came by and started cheering us on to kiss each other and that’s when I knew we had an audience and the vibe was perfect. So I told the photographer to record us on the pier for a second and she was a little confused but when I dropped down to one knee she knew it was the moment. The people on the boat started going crazy and Torri started to smile-cry. Smile-cry isn’t a word, but it’s this little thing she does lol (if you know her, you know). I gave my speech and to this day, I’m still waiting for a yes or no answer lol. She was lost for words and I know I caught her off guard.

When thinking about a ring, I knew I wanted something simple – a princess cut diamond with small diamonds on the band. We actually had the conversation a few months before the proposal. We were online and built a custom ring, which confirmed with him that he got the right ring.

I love that we are having a destination wedding! A lot of things that you would normally worry about planning with a wedding in your hometown or somewhere domestic, we don’t really have to worry about.   But the fact that we have to travel for it, does bring its own set of unique plans. We’re excited about seeing our vision come to life that we have talked about and planned for months. We are definitely most excited about the reception which we know will be an enjoyable party for us and all of our guests.