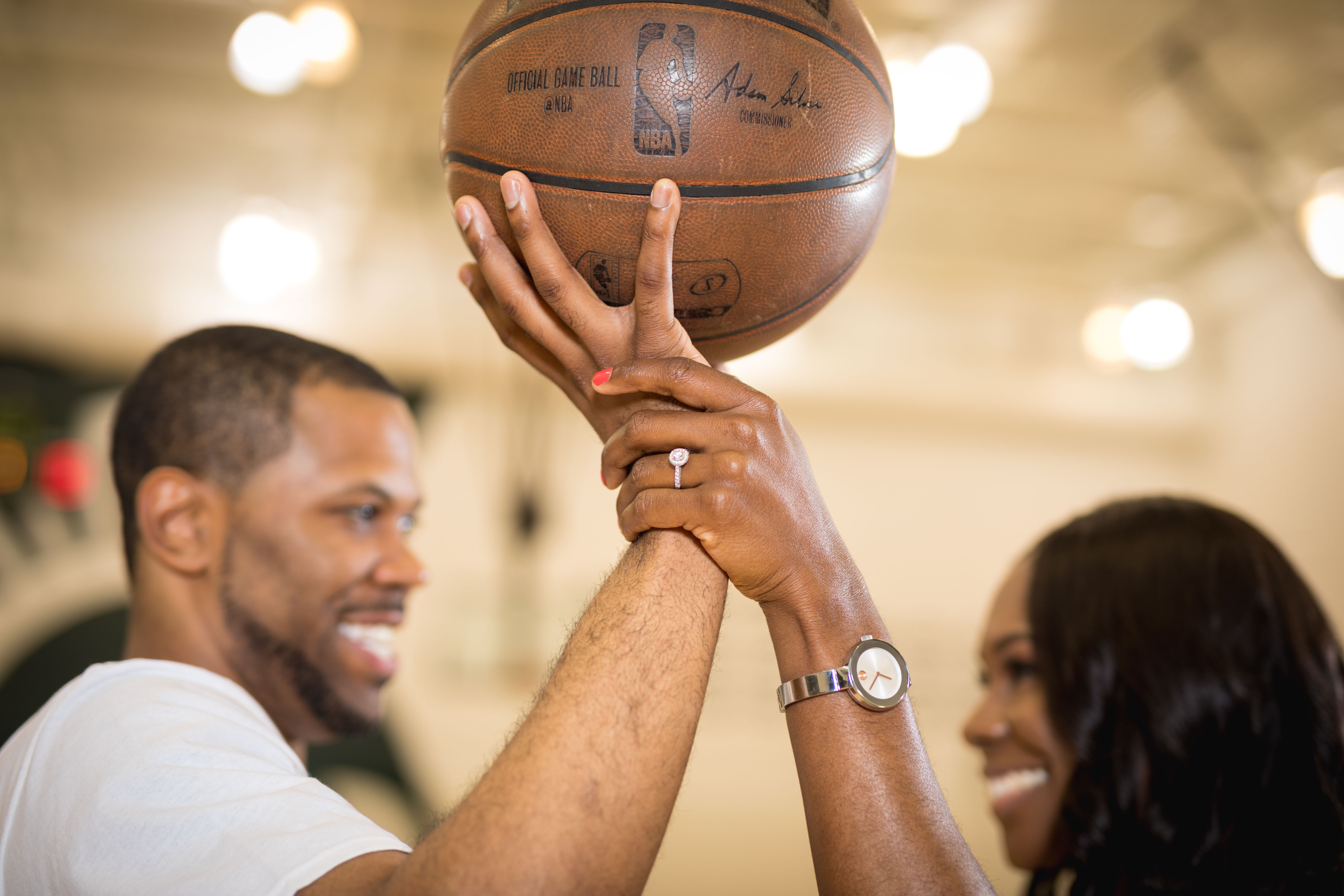 Erica and Greg are officially in wedding countdown mode!  They are almost a year out from their August 10, 2019 Atlanta wedding at The Piedmont Room.

Erica and Greg met in 2010, a few years before they “officially” starting dating, via Erica’s cousins. After weeks of DM’n each other on Twitter in January 2012, Greg decided to ask Erica for her phone number so that they could continue their conversation over the phone. Erica and Greg talked on the phone every day for two months, due to their long-distance status, before they had their first date in March of 2012. A few months later Erica and Greg made their relationship official, and the rest is history.

After dating for over 5 years, Greg decided to make Erica his wife by preparing a very special proposal at his company’s annual black-tie ball. During the event Greg went on stage to give a very heartfelt speech about his love for Erica. When Erica heard her favorite wedding song “You” by Jesse Powell she was  overcome with emotions. Greg called Erica onstage, got down on one knee and asked her to be his bride!

Details on the wedding as told by Coordinated Bride Erica:

My vision for our wedding is a glitz and glamour themed regal affair. Our wedding colors are ivory and champagne. I want all of the decorations to be elegant and simple; and there will be candles everywhere!   Wedding planning has been exciting! I am such planner that I feel like I am completely in my element. It has also been nice to connect with family and friends who are very interested in all the details of our big day. The only pitfall is that we simply cannot invite everyone we want and stick to our budget.

My advice to other coordinated brides is to enjoy the moment. Everything flies by extremely fast, so just relax and enjoy it!

The pair recently had their Love and Basketball themed engagement session at Michigan State University.  Greg is a former Hall of Fame College Basketball player/Euro league basketball player and current High School basketball coach, so it was only right that they took their pictures in a gym.  To add a twist to the session, they decided to shoot at Erica’s Alma Mater, Michigan State University (Greg went to Prairie View A&M) in both the gym and around the beautiful campus.  Erica is much more of a glamour-girl, so the session displayed both of our personalities equally. 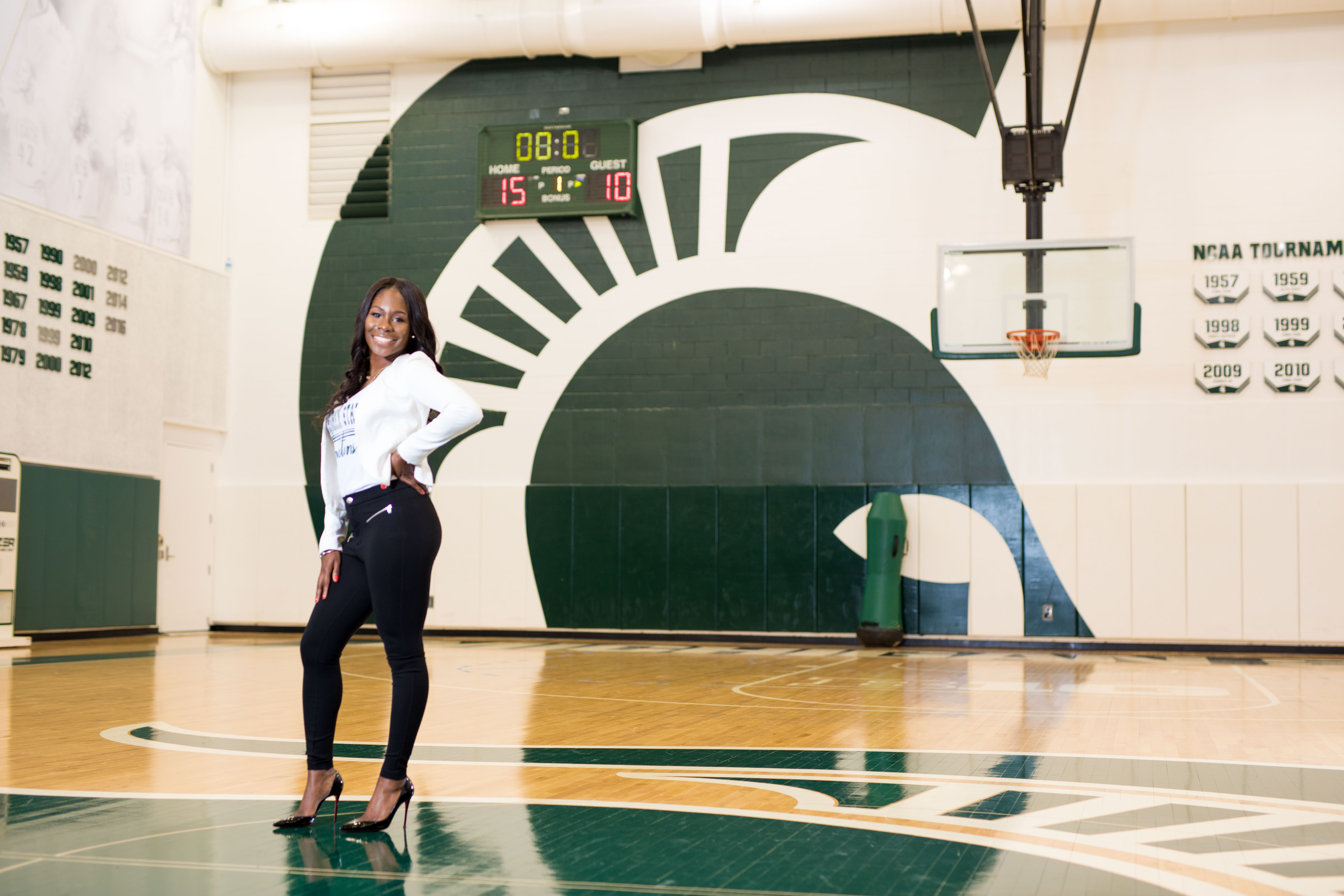 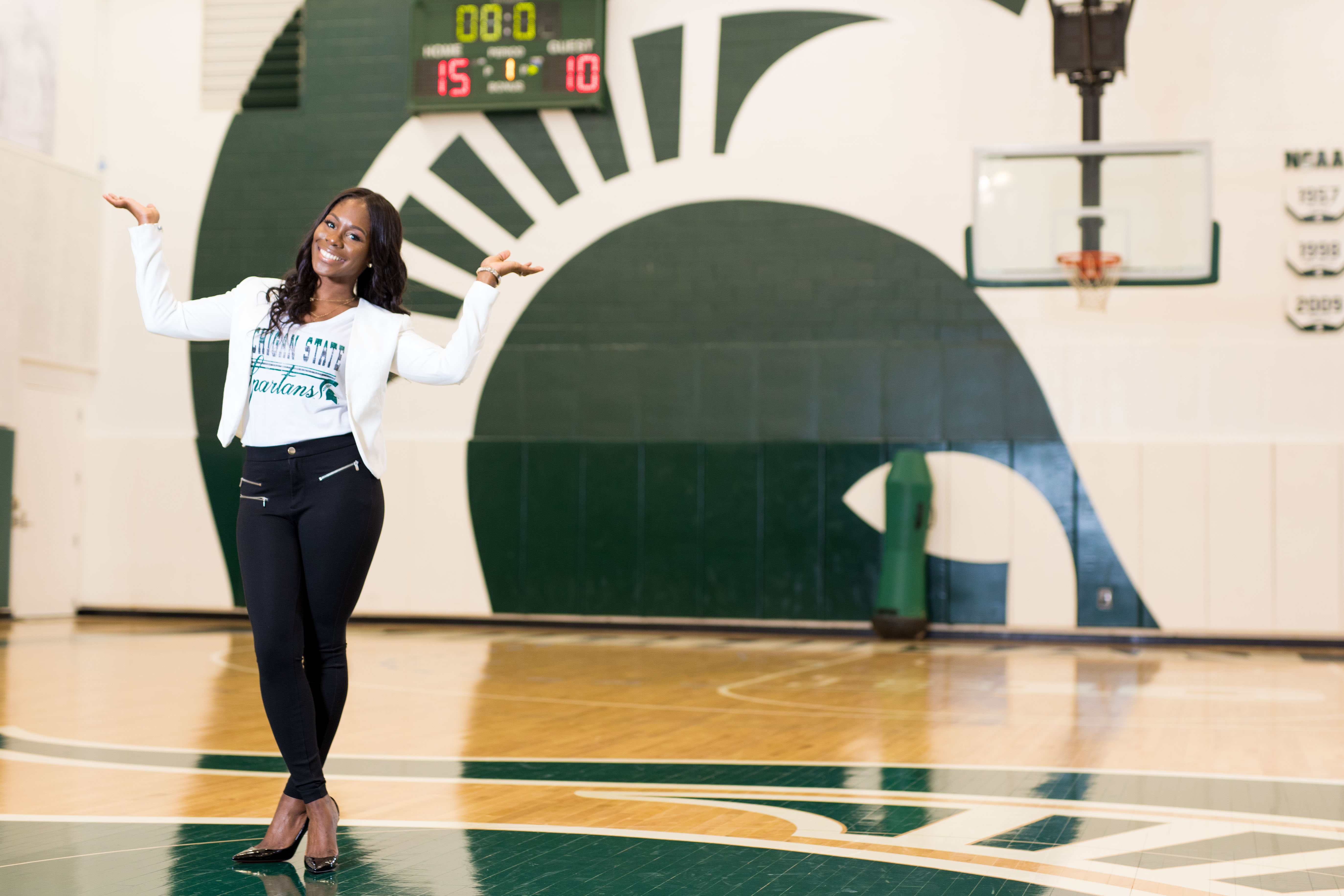 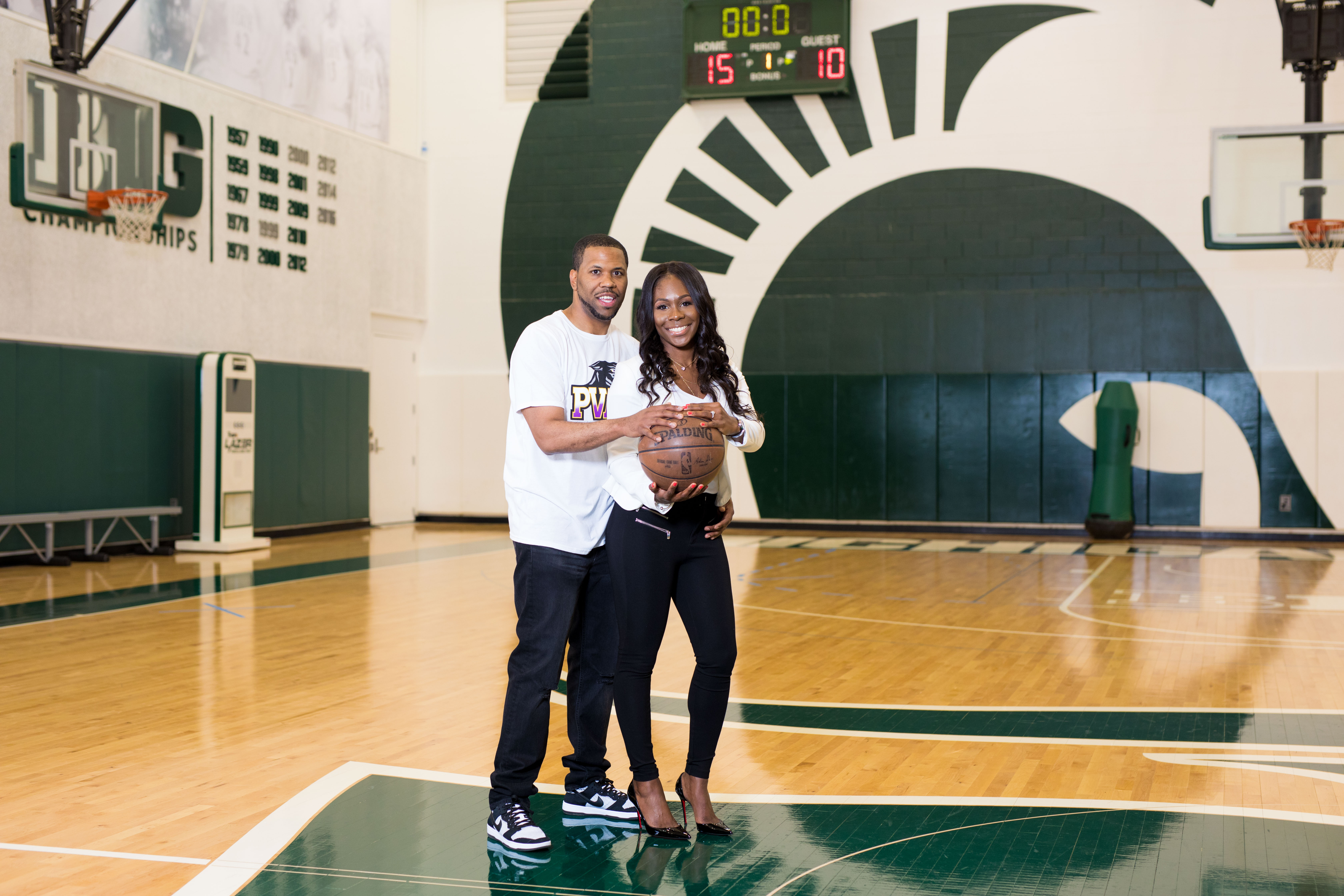 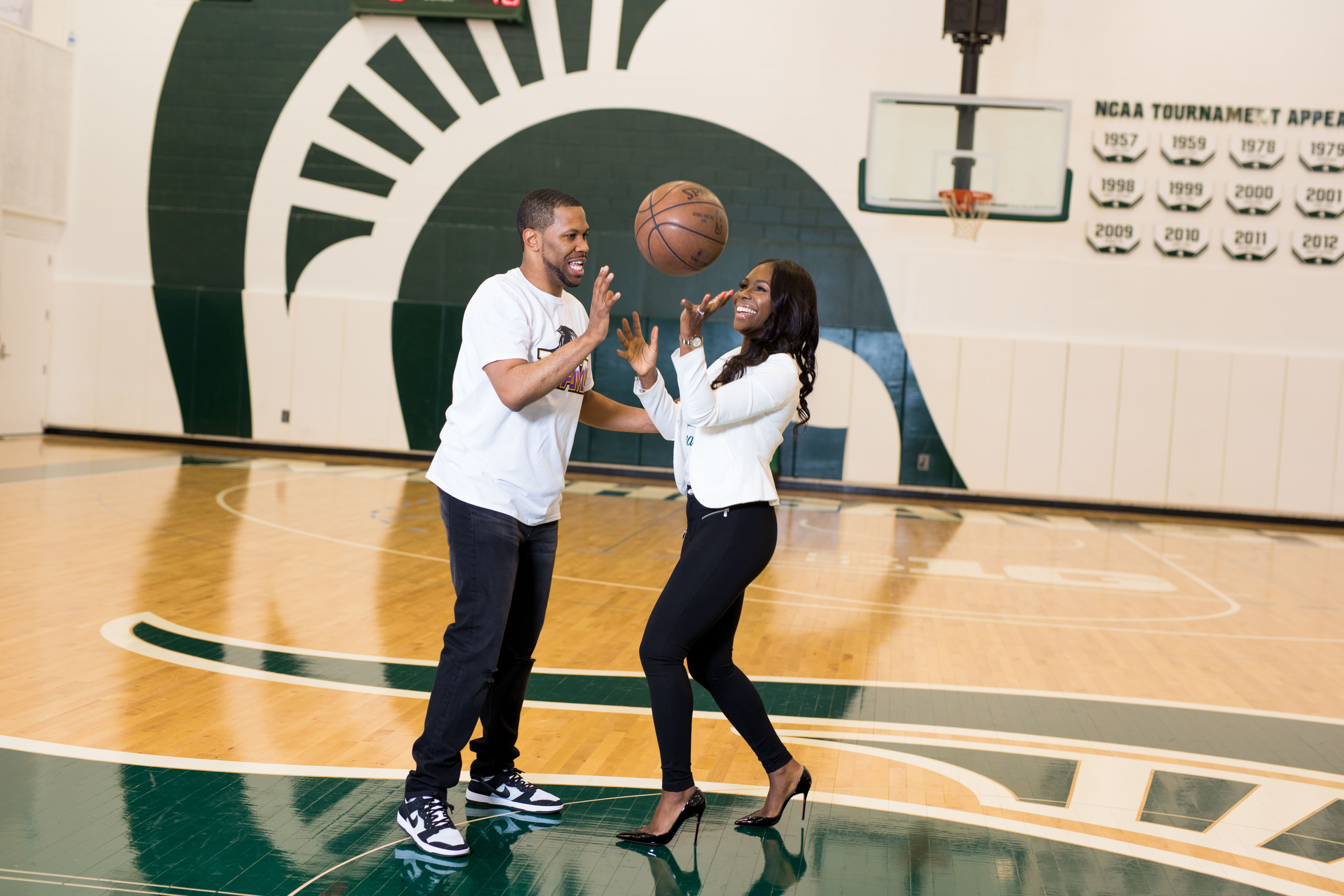 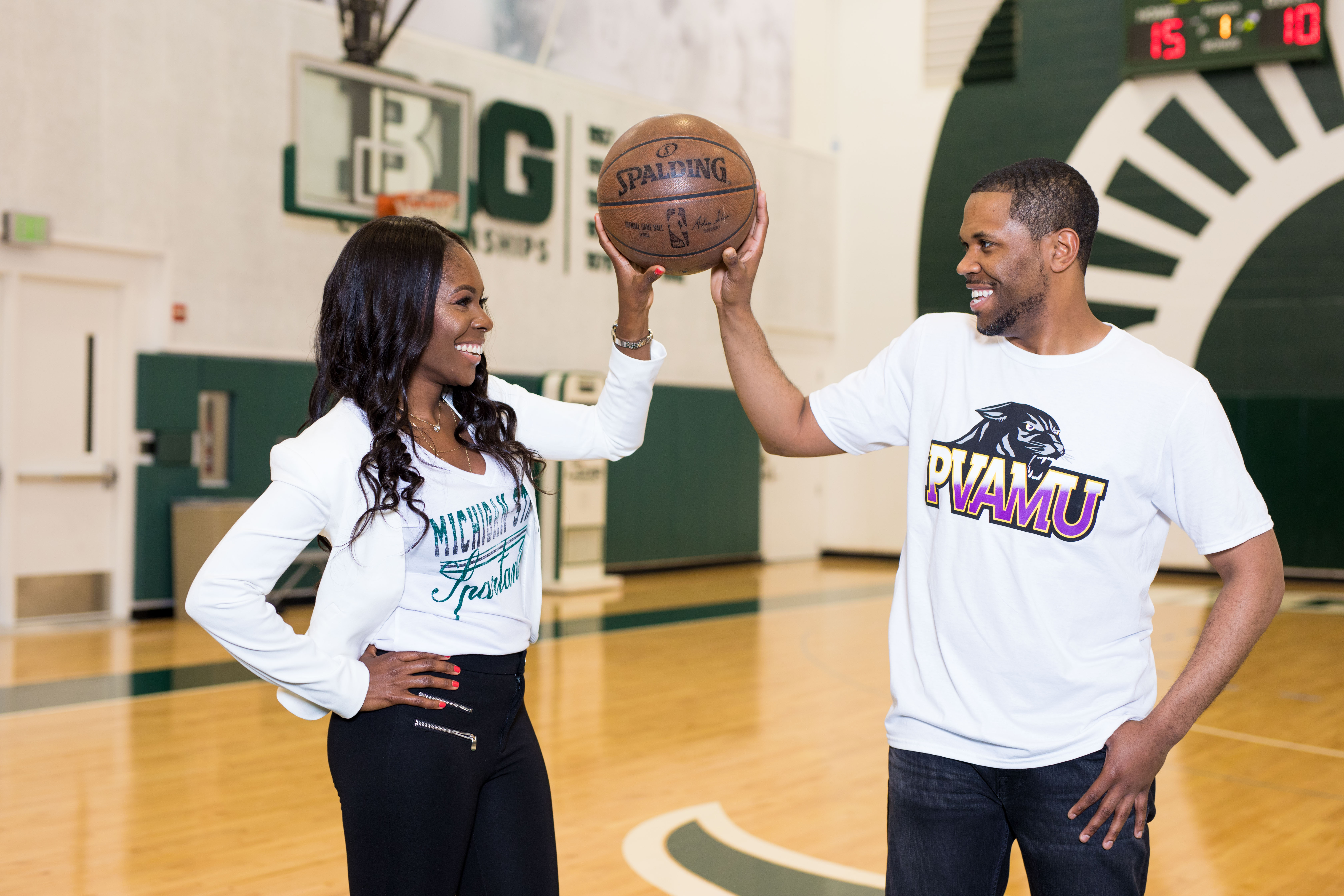 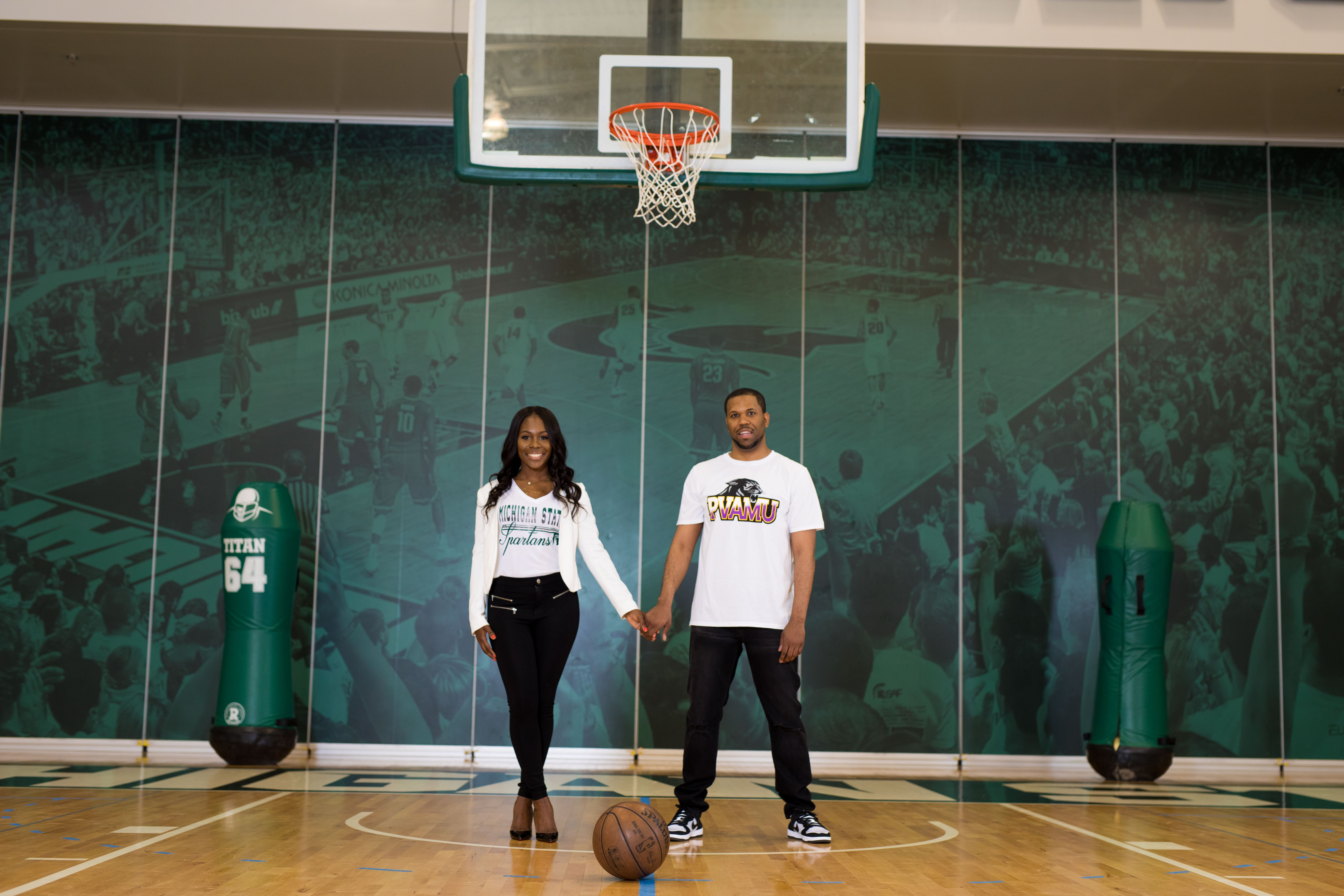 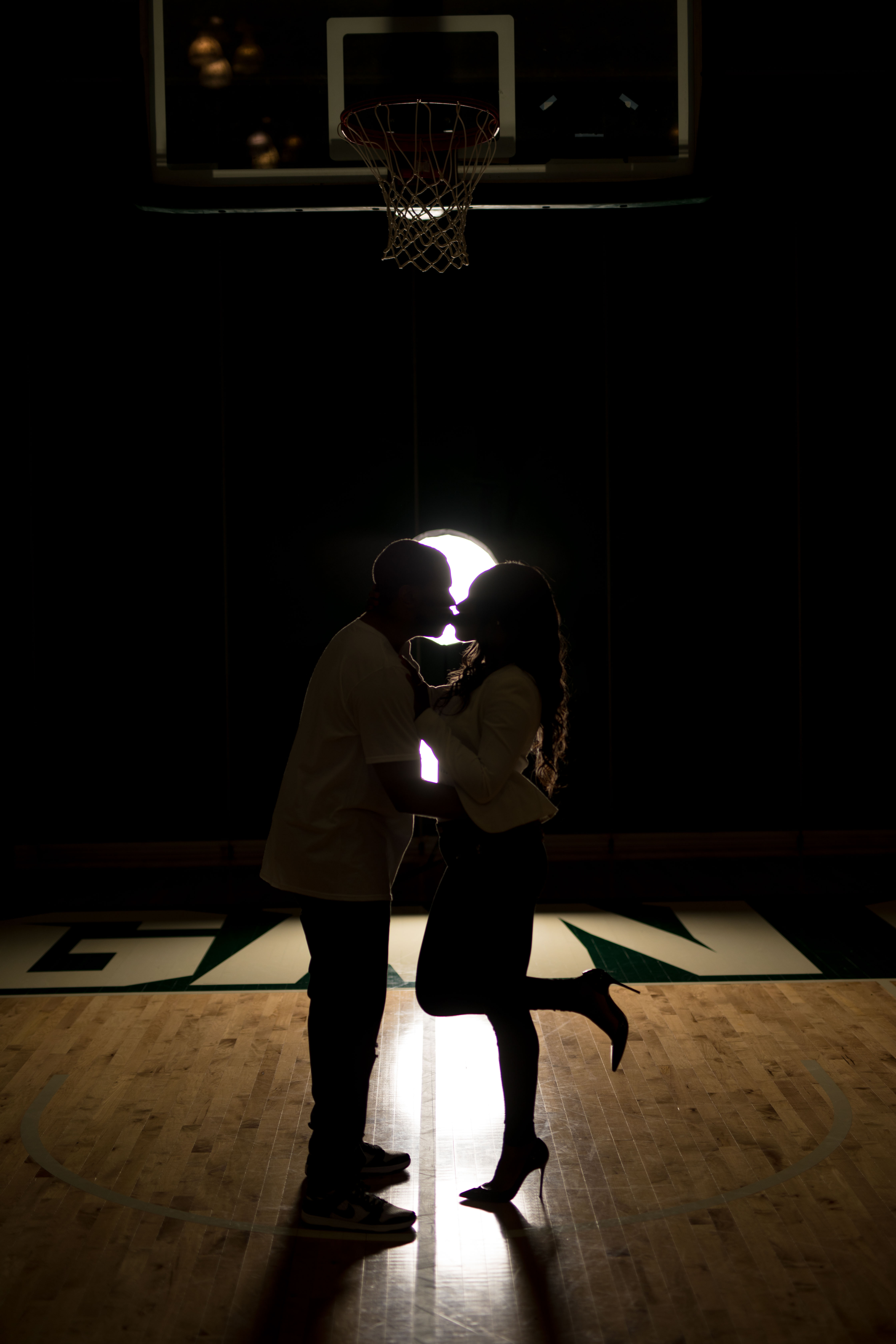 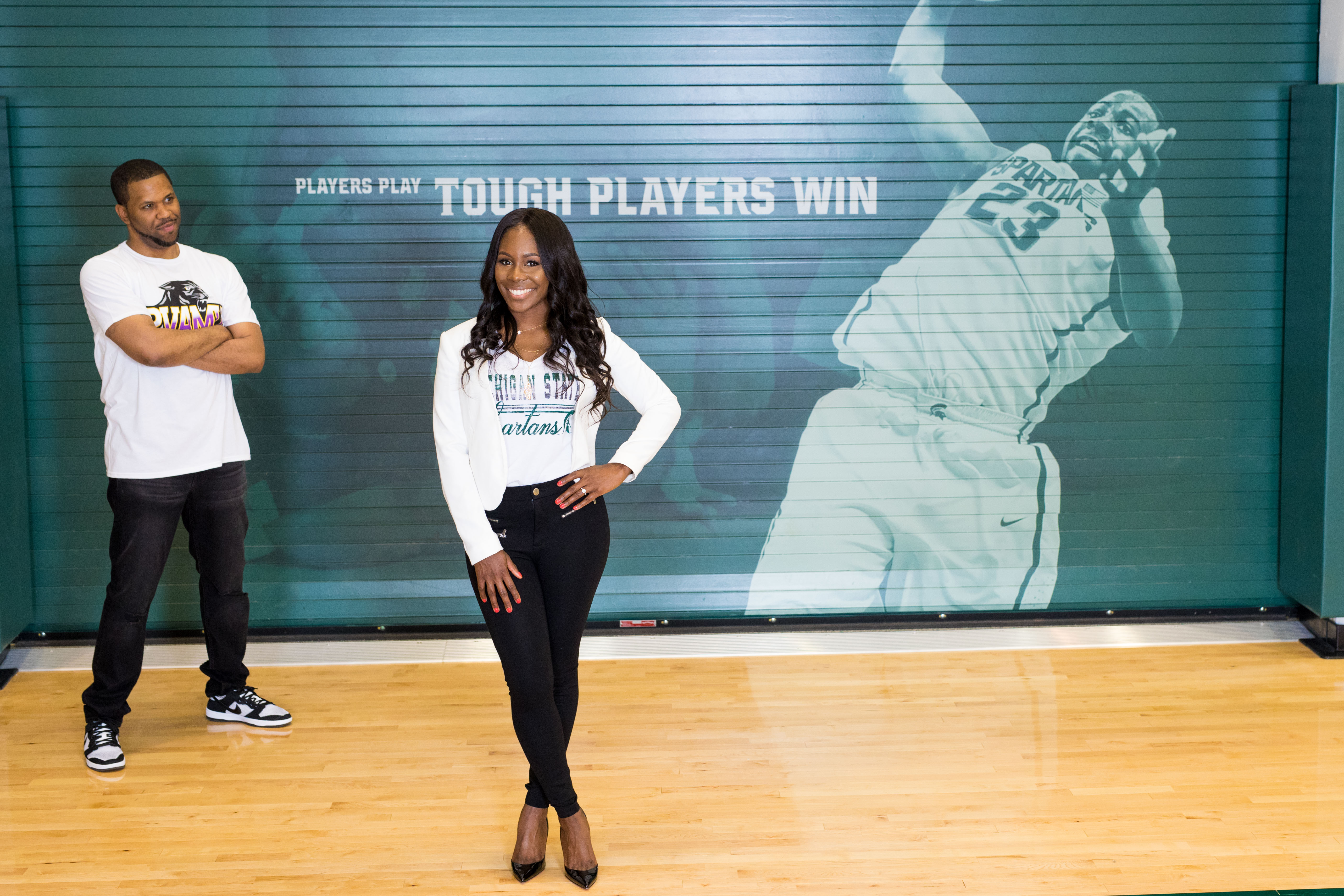 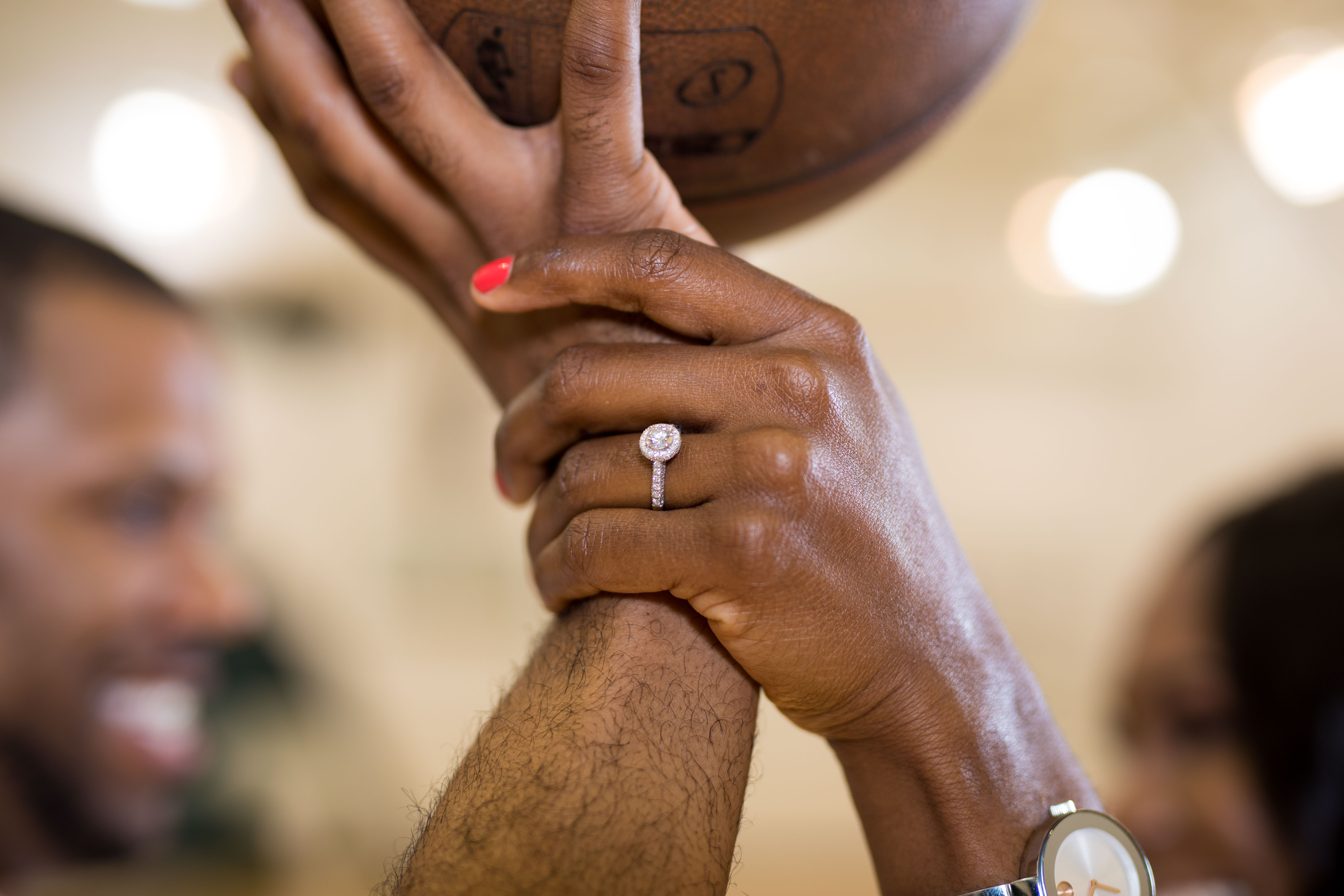 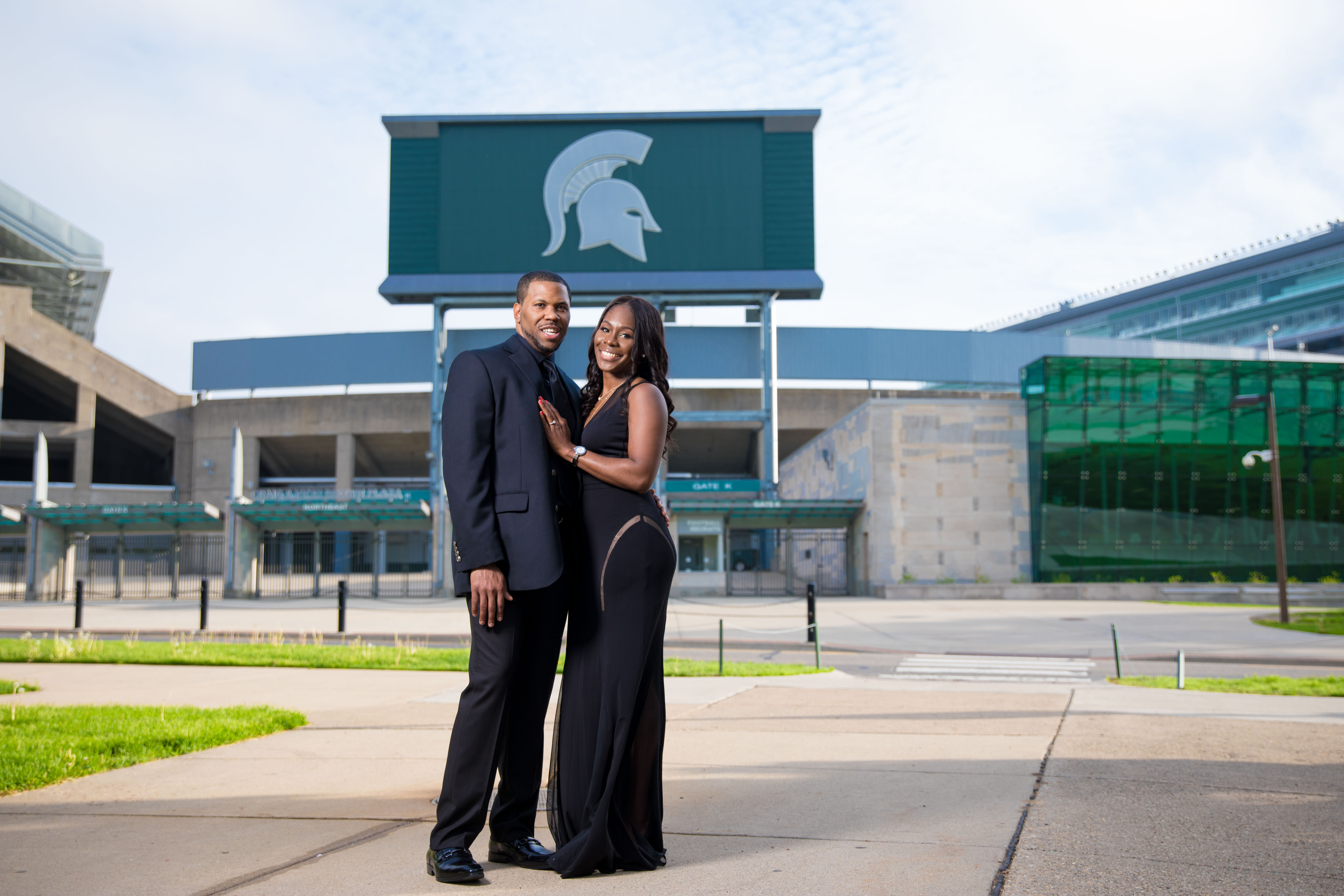 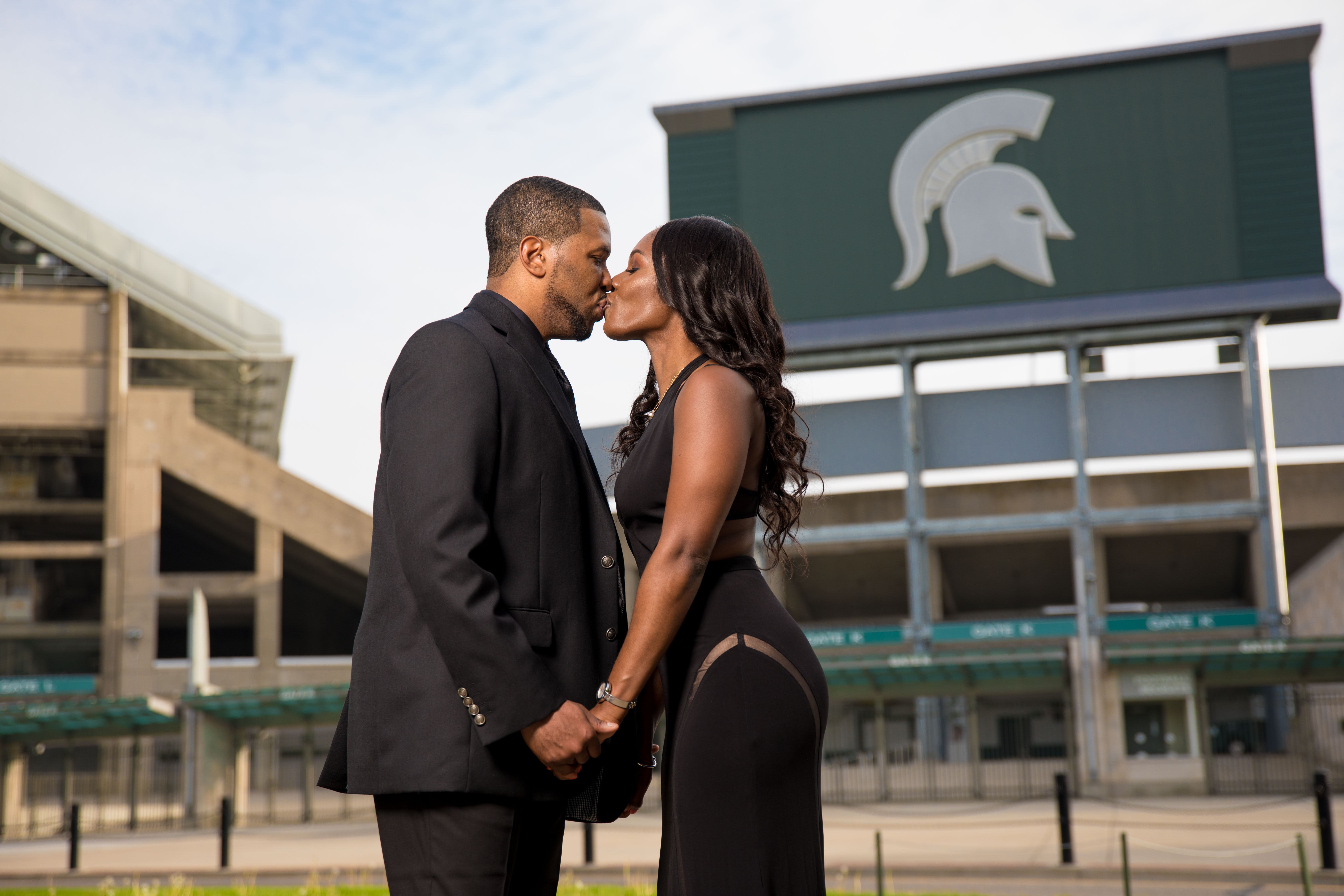 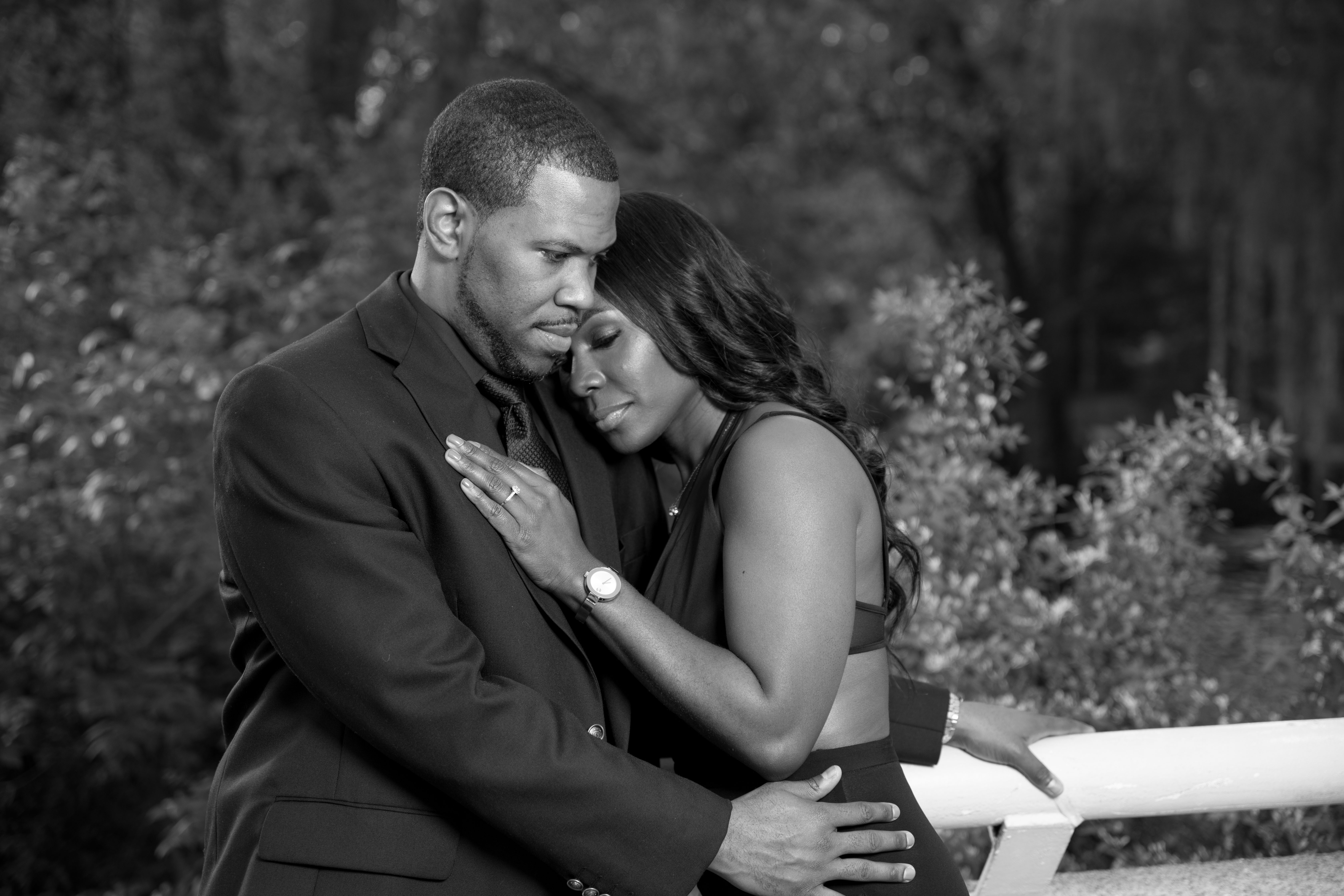 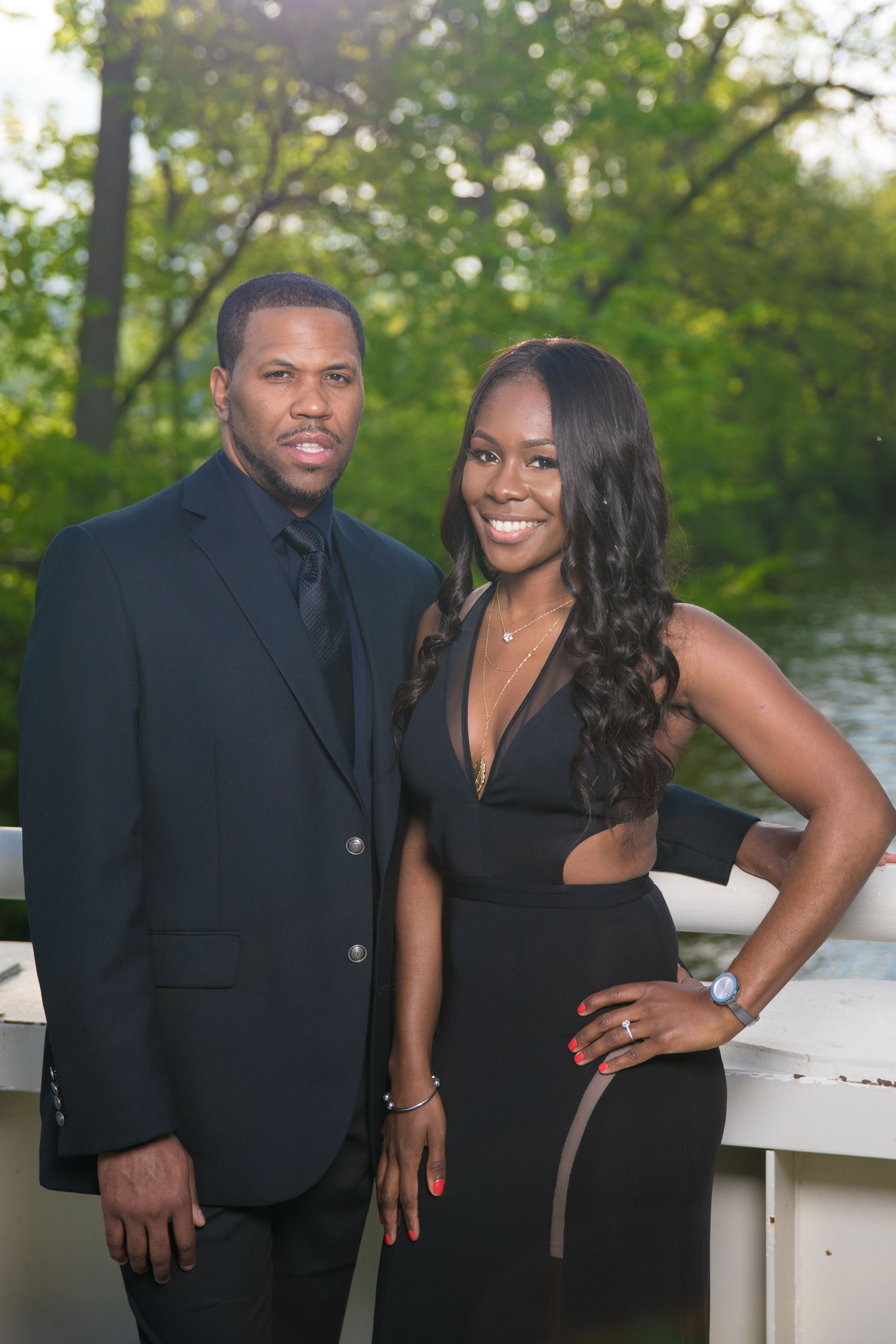 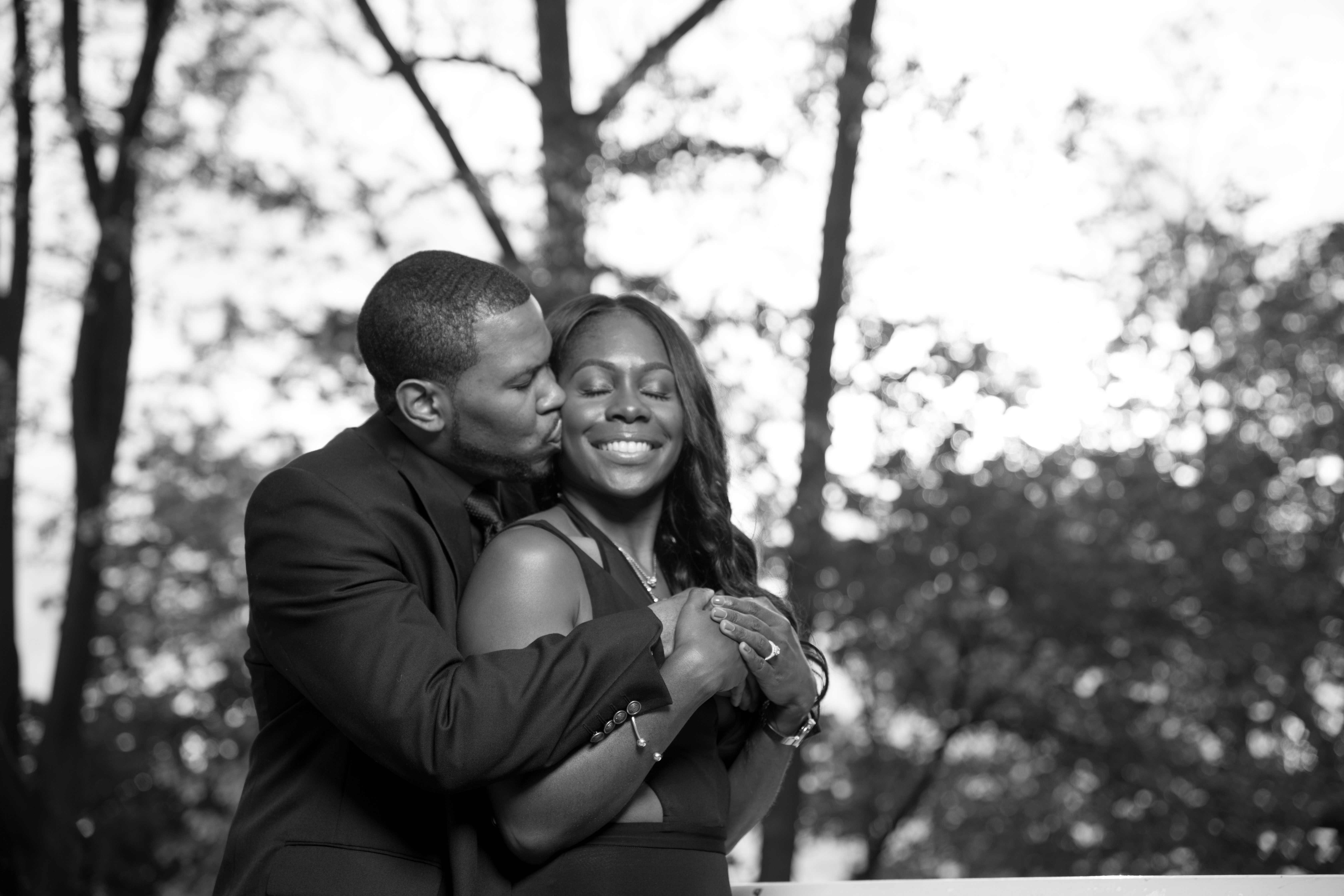 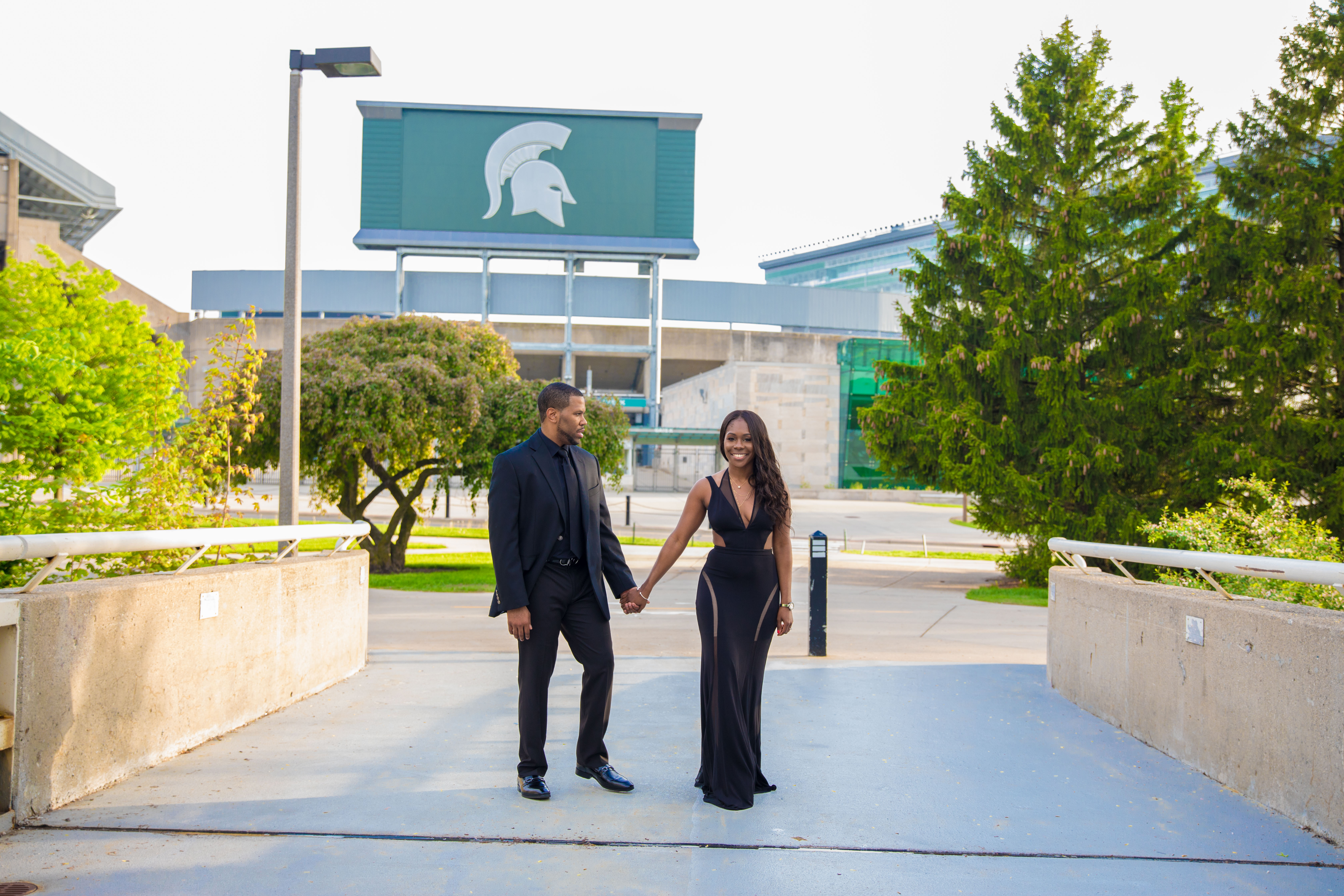 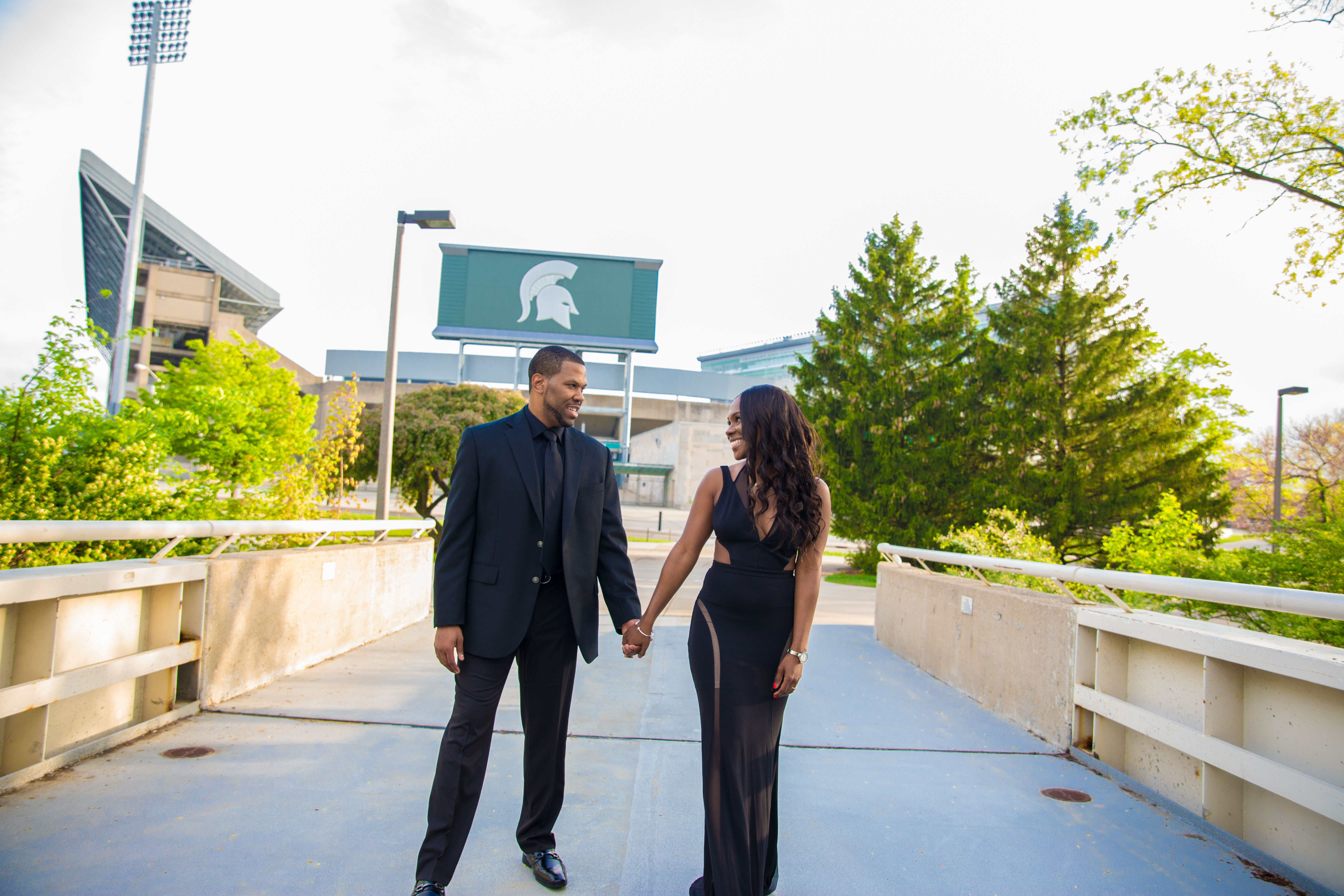 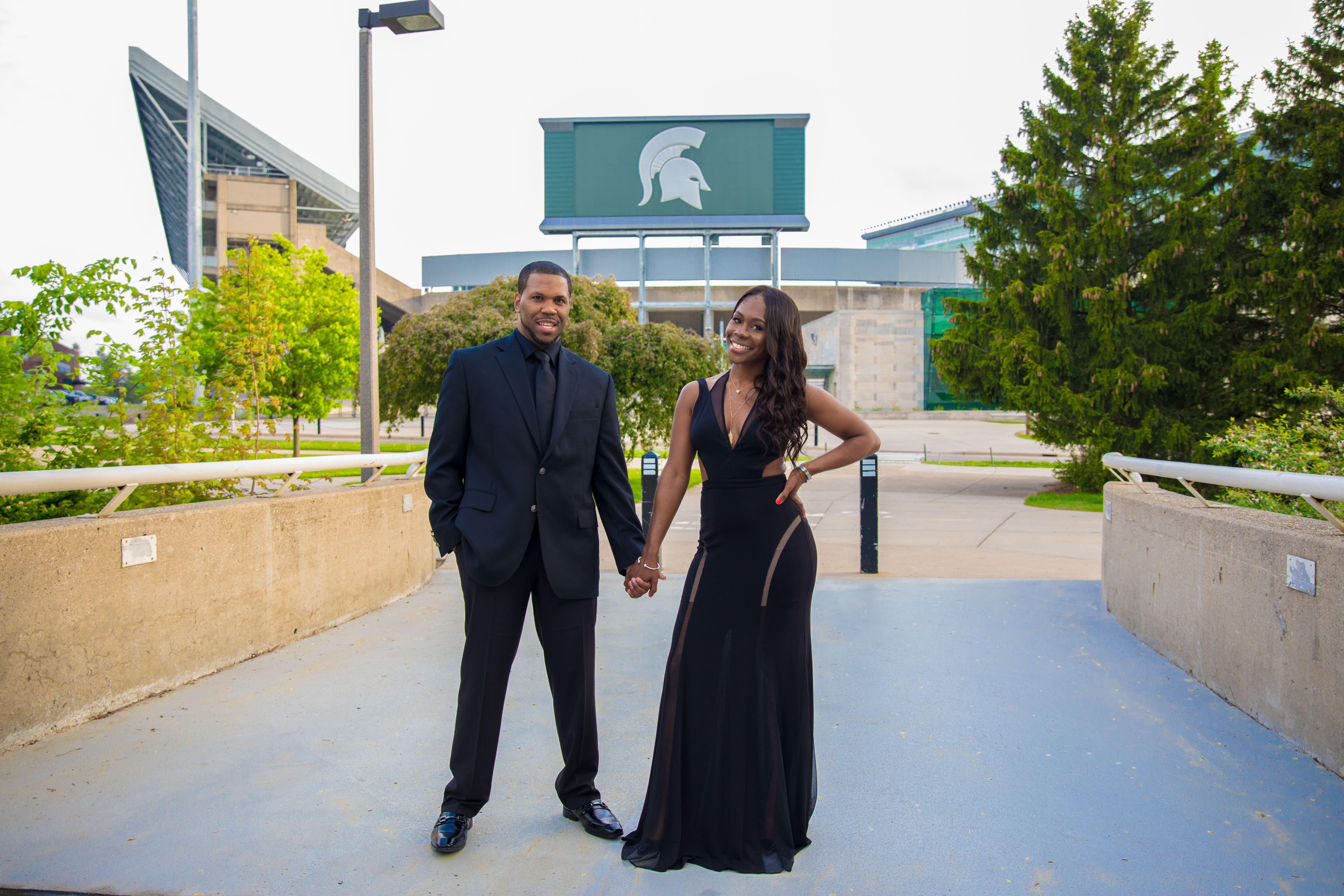 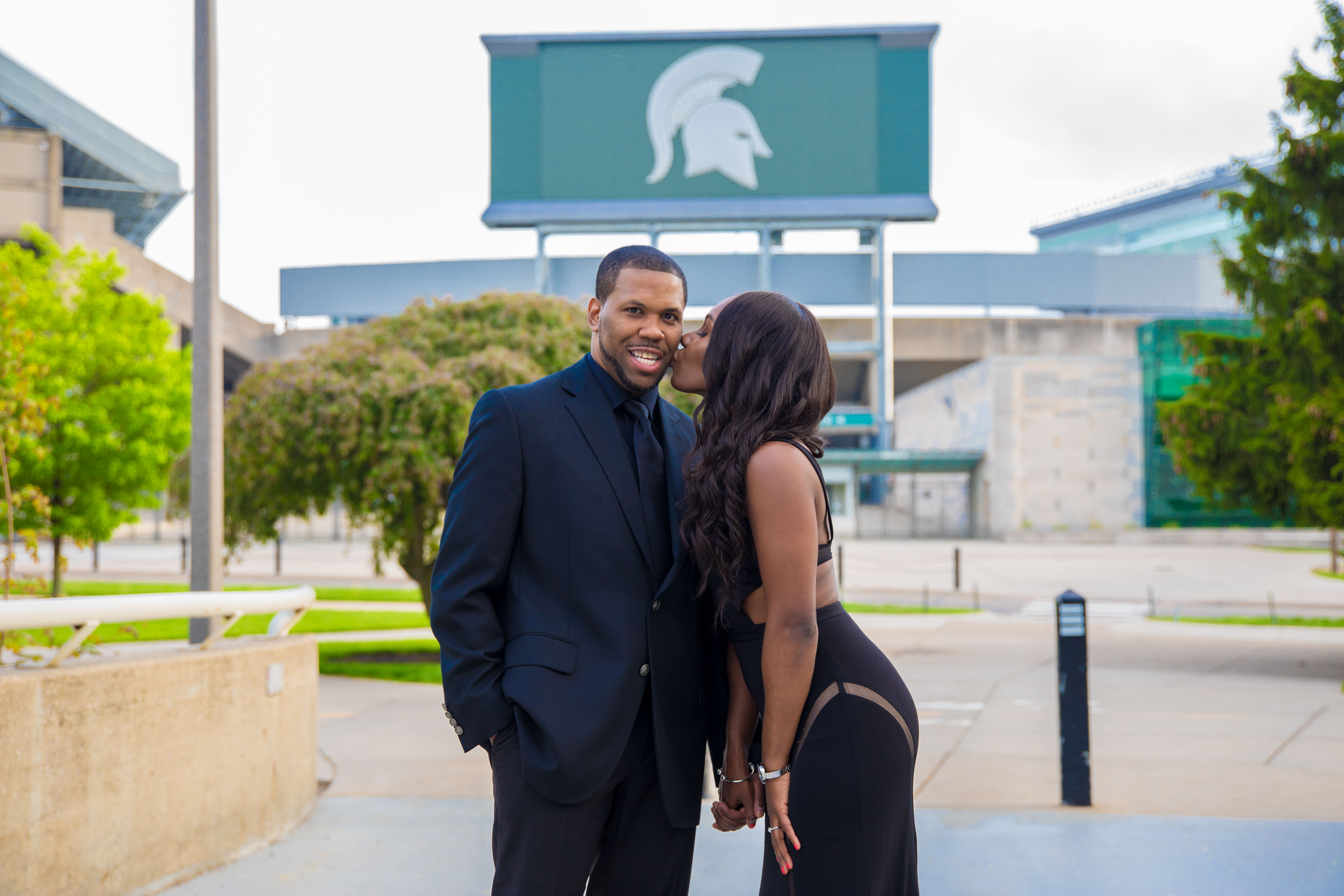 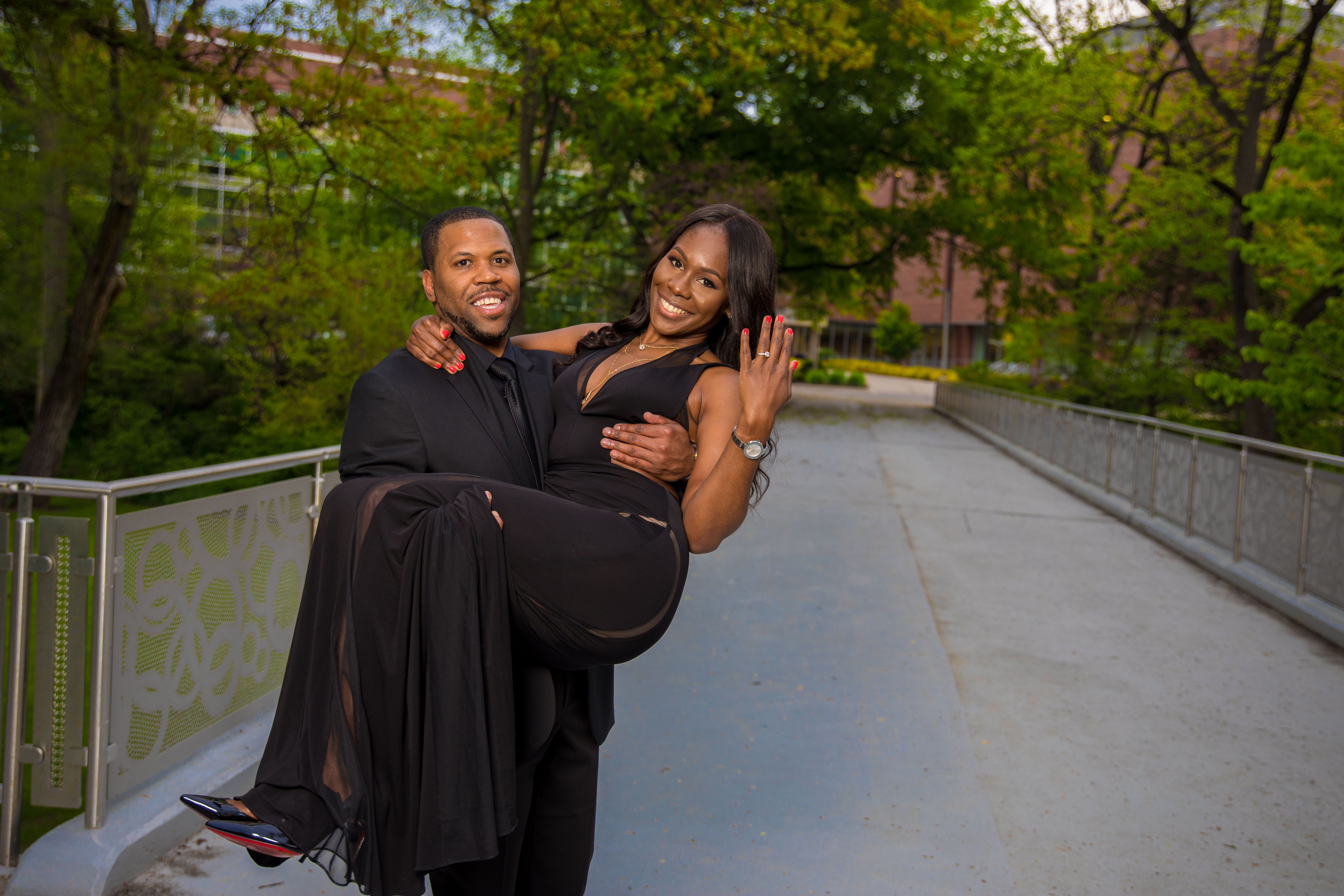 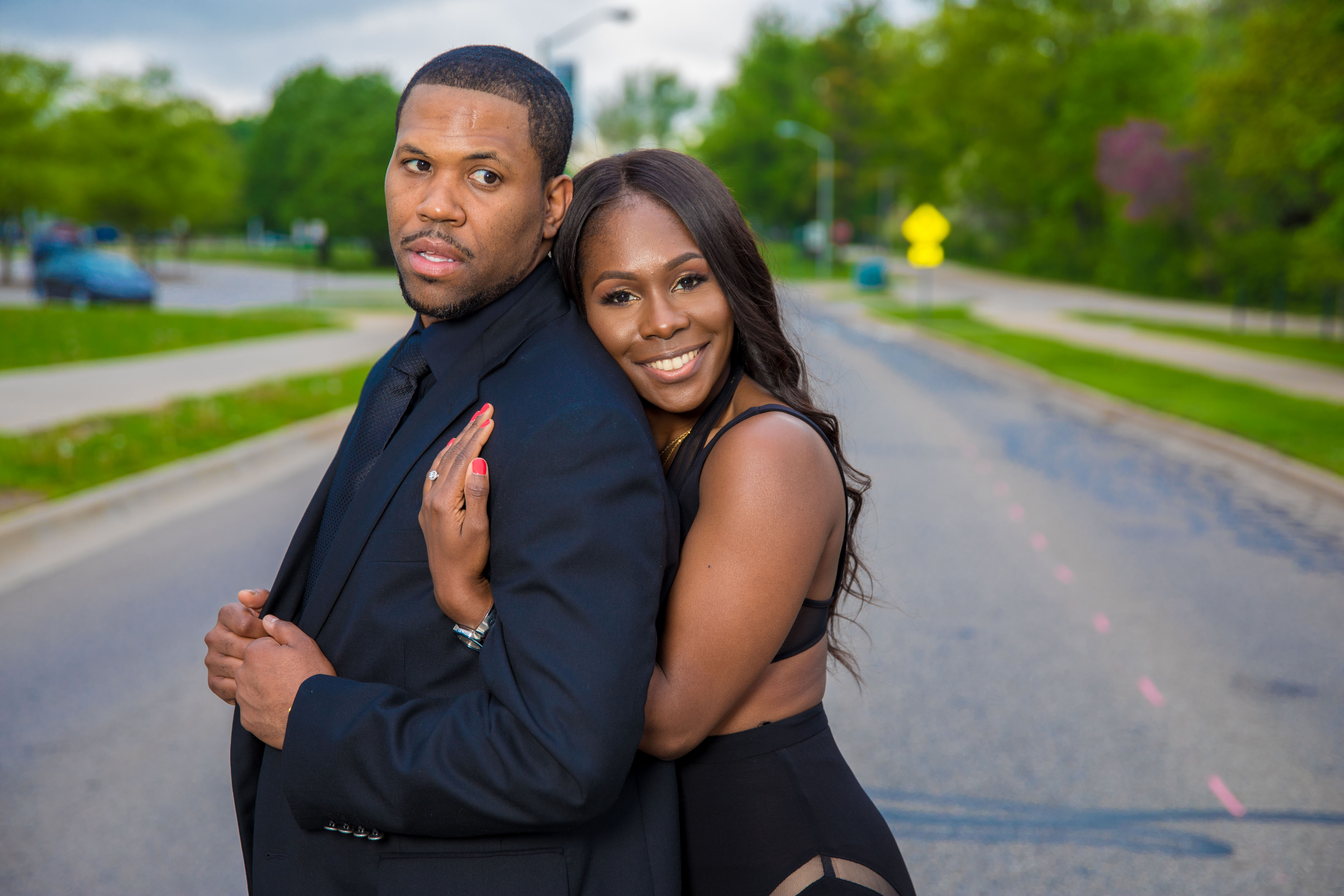 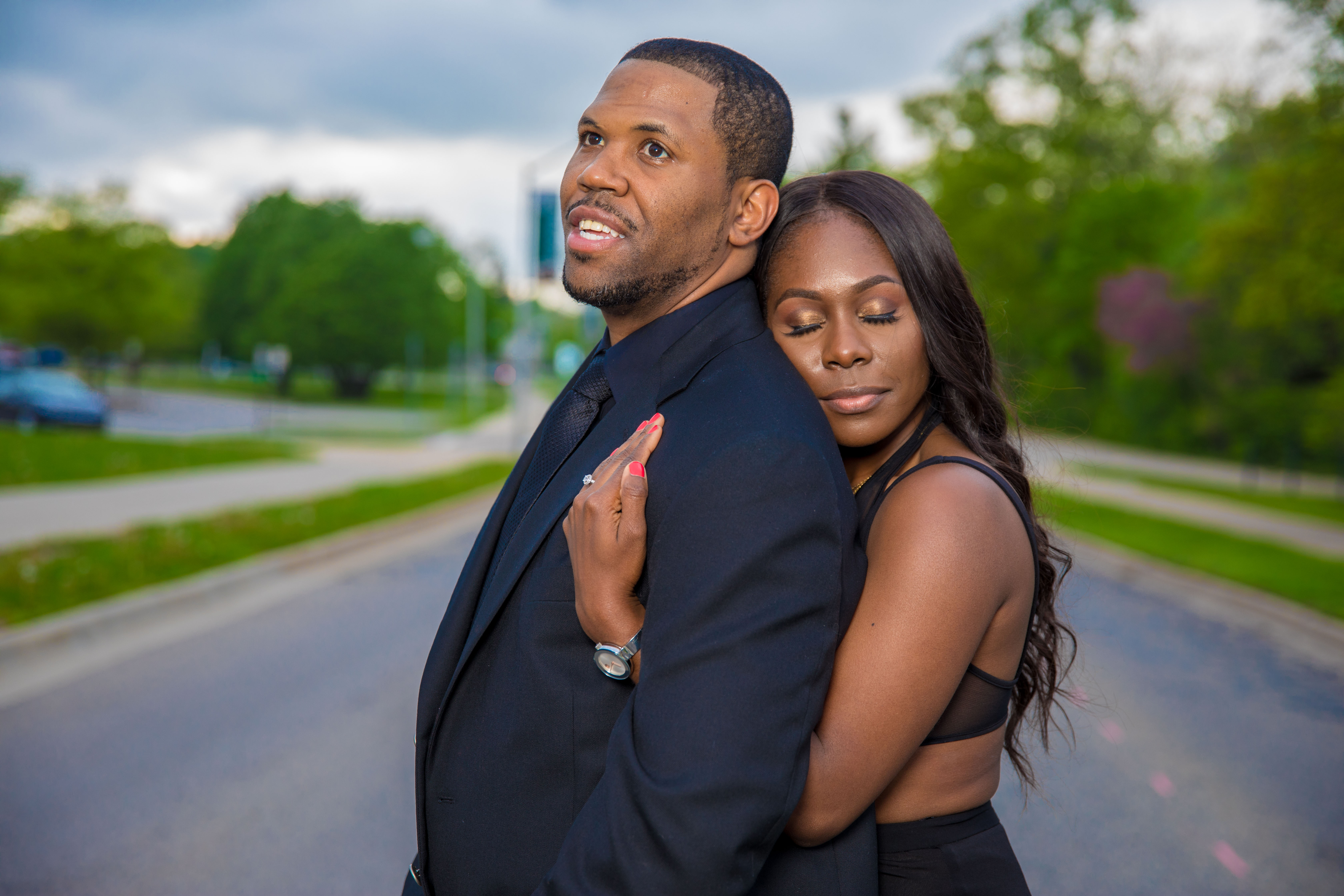