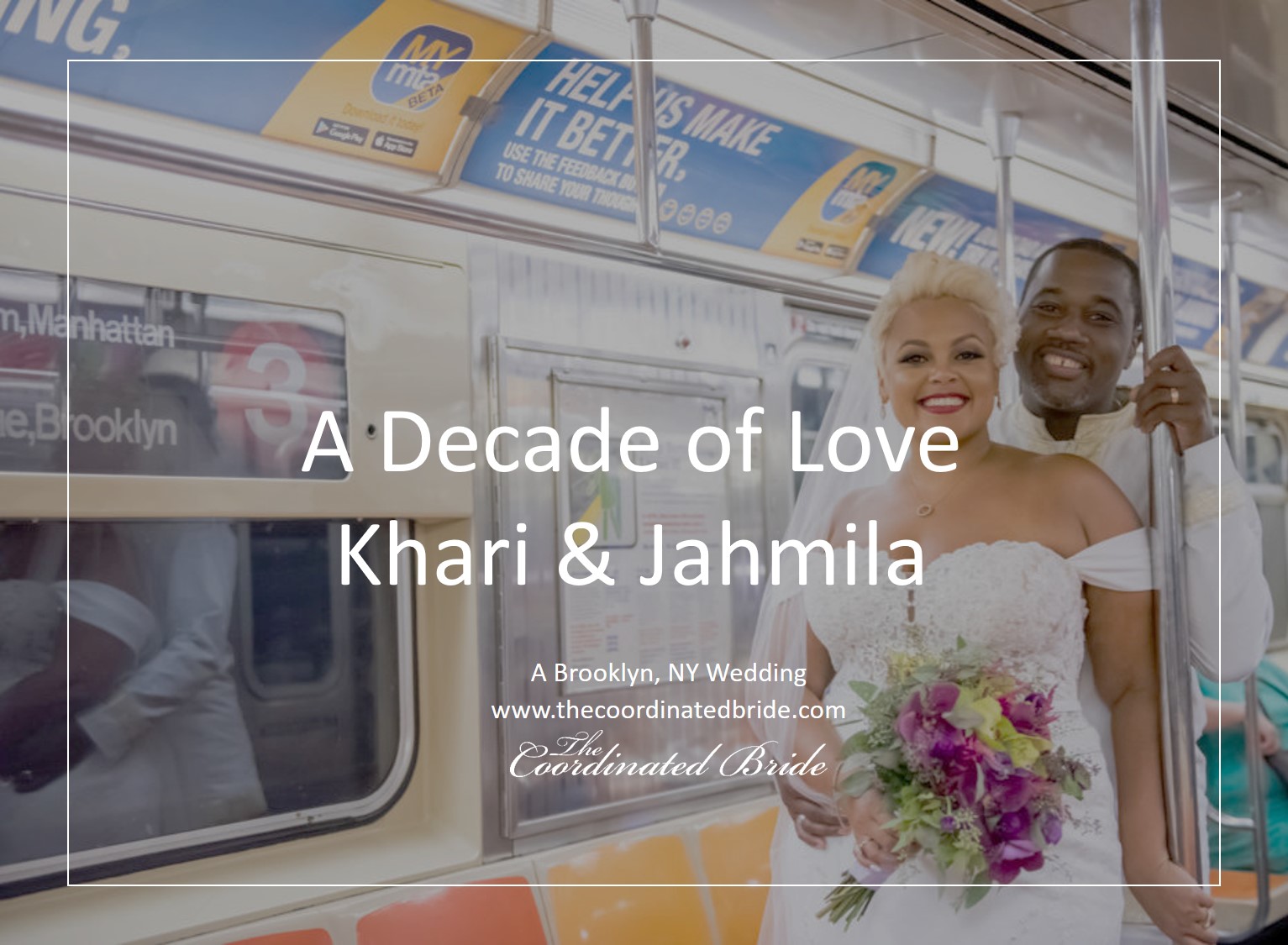 In February of 2008 while working for the Governor of New York State, Khari attended an event hosted by the Brooklyn Borough President. Just as he was leaving the event he saw a beautiful young lady standing on a ladder getting yelled at by her boss. Always a gentleman, he ran over to offer help, flirt, and crack a joke to make things a little better. That evening, he made several attempts to ask her out, even trying to retrieve her number from her Blackberry.  He didn’t have any luck but he did learn that her name was Jahmila, and that unfortunately, she had a boyfriend.

Months later Khari ran into Jahmila again at a Beres Hammond concert in Wingate Park. He asked her out again, but still had no luck as she said no and rode off on her bicycle, but Khari was determined.  Because he worked for the Governor, Khari would often visit the office where she worked and made it his business to stop by her desk as often as he could. With a little help from her coworker, he was given permission to have her desk number and called to invite her to his 35th birthday party. Jahmila wasn’t at her desk when he called so Khari decided to leave a message; however, in his nervousness forgot to leave a call back number.  She couldn’t resist, got his number from her coworker, and even agreed to go on a date with him before the party.

A few days later, Khari picked her up for their first date. Jahmila had big curly hair, that usually covered her face, but when she came to the car it was pulled back in a bun. She had what he thought was the most beautiful smile and rich light brown eyes. Khari never asked how old she was, he just assumed she was his age because her conversation and outlook on life was so mature. Although he she was 10 years younger, they spoke about their purpose in life, dreams for the future, love and religion. It was the best date she had ever been on.

Not ready to let the night go, after dinner they drove back to Brooklyn for a drink, holding hands as they walked down the street. After drinks they sat in 113 Park across the street to chat some more, 10 minutes later they shared their first kiss.

Fast forward to 9 years later and they had become partners in so many things and traveling was definitely one of them. They were in Las Vegas getting ready for New Year’s Eve when Khari says Jahmila looked at him and he knew that there was no better friend and lover he would ever find in this lifetime who would make his soul smile and feel as protected as she did and he knew he was going to ask her to marry him.

In July 2017 Khari had the ring in hand but needed a way to surprise her. Since he was turning 44 (his favorite number) in September, he came up with a plan to count down the 30 days to his birthday on social media – everyday with a different post. He scheduled a dinner date with Jahmila on September 5th and insisted it be in Fort Greene. She was on to him. She immediately called her best friend and said I think Khari is going to propose. She just couldn’t shake the fact that it had to be in Fort Greene – the same neighborhood as their first kiss. Her friend told her to let it go, that she was crazy, and then called Khari to let him know she was on to him. Khari cancelled dinner due to a work conflict which he then miraculously got out of at the last minute and convinced her to go as planned.

Just as he planned they had dinner, went for drinks at the same bar and then walked across the street to the park where they shared their first kiss. He told her he needed help with his acceptance speech for an award he was to receive later that week. He said, “I want to reference the conversation we had last week about being present. But I don’t want to call you my girlfriend. I want to call you my wife.” He then got down on one knee and proposed. She was in shock, but this time she said yes a million times over.

The following year on August 25, 2018, just 3 days before the 10 year anniversary of their first date, and 7 weeks after they tragically lost everything in a fire, they were married in front of 254 of their most treasured family and friends.

Check out the beautiful images from that very special day below!