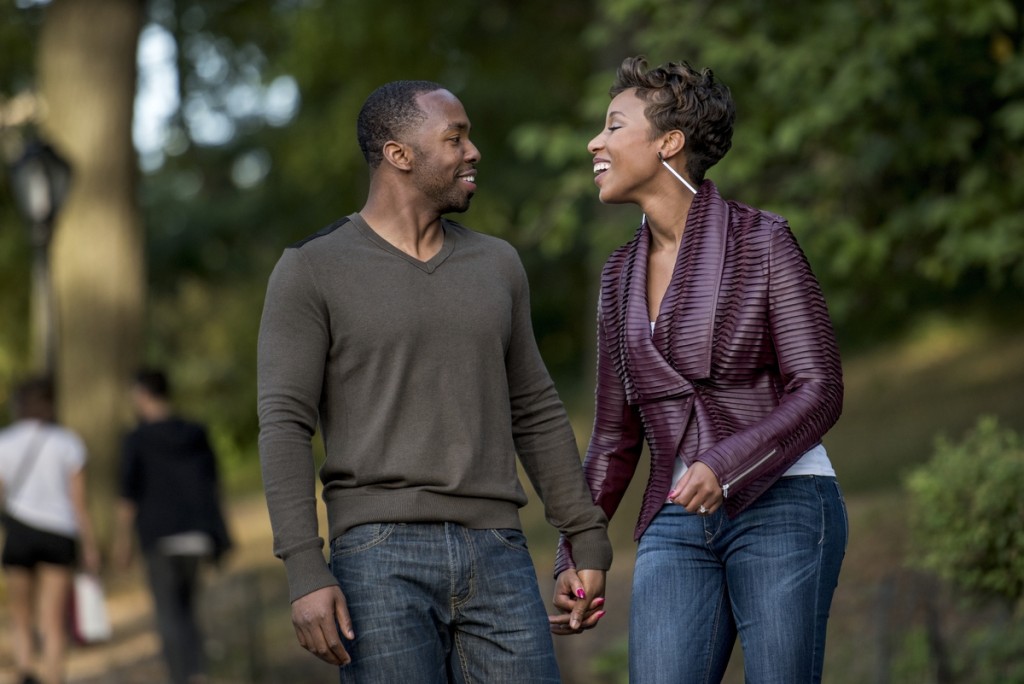 As a child I always envisioned myself having the perfect love story, similar to a fairy tale. I would meet my future husband somewhere like Starbucks, we would catch each other’s eyes, start up a conversation and the rest would be history. We would be perfect for each other! Well my love story is perfect, just not a fairy tale. LOL!

I met my fiancé, Milton, four years ago through a mutual friend of ours. She told both of us she thought we would be a good match. Neither of us really wanted to go on a date with each other. Even though Milton and I hadn’t met previously, we had met each other’s extended family. My father at the time was the pastor of a well-known church in Memphis. My fiancé’s, mother was an usher at the same church that my father pastored. When our mutual friend told Milton that she wanted him to go on a date with Pastor Frank’s daughter, Milton immediately said he wasn’t sure. Milton stated he was nervous about dating the pastor’s daughter. My hesitation to go on a date with Milton was because I knew his uncle, Charles Dickerson. Although Uncle Charles was great at being head of security for the church, his methods were a little unorthodox! So when my friend told me that she wanted me to go on a date with Charles Dickerson’s nephew, I said “I’m not sure about that!” I thought if Milton was anything like his uncle; he would be too much for me to handle. We decided to scour each other’s Facebook pages, talk to our friends more about each other, and Milton ended up making the first move. He reached out to me and asked me to go on a date, and I accepted.

On our first date, I can truly say Milton made me laugh the entire time. He seemed to be genuine and a caring person. But to top it all off he was clever and funny, which I loved. I was very upfront with him about what I was seeking in a relationship and a man, or at least what I thought I was seeking at the time. I had a couple of failed relationships in the past and I wanted something different, so I tried “honesty” on the first date. He told me he understood that I wasn’t looking for someone to just “hang out” with, but I was looking for something that could grow into a real relationship. We agreed that we would keep dating and see where we would end up.

As we continued to date, we enjoyed each other’s company more and more. We soon entered a relationship and we were on a great track. A few months into the relationship, I started to put unrealistic expectations on Milton based on previous relationship experiences, that he couldn’t fulfill at the time. This created an adverse effect on our relationship. During this time I was preparing to leave for law school in the fall, so there were various emotions surrounding my future. Milton was a special person, and I didn’t want to hurt him. So I decided to end the relationship. It was important for me to discover what was going on with me.

After we broke up, I started law school and we lost touch. I eventually began dating someone else but quickly ended the relationship, because I knew he was not the right guy for me. I decided I was tired of having unsuccessful relationships, and began to believe the reason why my past relationships weren’t successful was because of me.

I decided to seek counseling to figure out my role in past failed relationships and how I could change the course of my future. It was in counseling I learned my actions were not aligning with my words. I proclaimed I wanted a good man, but sought after guys with bad intentions who appeared to be the quintessential man. When I had this revelation, I understood that my relationship with Milton was not successful because, my unrealistic expectations overshadowed the phenomenal man he was. Milton was the guy that got away. He was a kind, caring, clever and funny person, that I felt I would never find again. I told myself, I wasn’t going to ask him to date me again, because I wanted him to find a true love that was good for him. Instead, I promised myself the next relationship I entered, I would never subject anybody to unrealistic expectations, but to base my feelings on their potential, their efforts to achieve success, and the way they treated me.

A year later Milton called me unexpectedly. His mother had just gone through her final radiation treatments. He said, “My mother wanted me to call and have you tell your parents thank you for praying for her last Sunday.” I responded by saying I would be sure to relay the message to my parents. We started a conversation about our lives and new things that had occurred in the past year. We began to talk everyday, and eventually discussing the possibility of dating again. I told him that before we entered a relationship, I wanted to be honest about why we broke up the first time. I explained to him everything I had been working on in counseling, and he responded, “I knew the reason the whole time, but it’s cool.” My mouth dropped open and I asked him how he knew. He said, “Rachel I’m not crazy, I pay attention to you and the things you say, I was just more willing to work on those issues with you.” At that very moment I knew he was the one for me. Milton expressed that during our time apart, he also had some work to do on himself and concluded he didn’t believe he was truly ready to be in a relationship the first time we dated. We were both brutally honest, but it was for the best.

Through time our love for each other truly blossomed and we knew we never wanted to lose each other again. We began a long distance relationship while I was living in Knoxville, TN for law school and Milton was living 6 hours away in Memphis, TN. We made plans to see each other every two weeks and to facetime every night that we were apart. The distance really allowed Milton and I to create a friendship not based on a physical connection. As time passed, we both knew how blessed we were to have each other in our lives again. We often discussed marriage and the possibility of having a great partnership. Milton always told me I would have no clue when he would propose to me, but it would be a proposal that I would never forget!

In the last few weeks of law school right before graduation, my friend and I drove to Chicago to move into my new apartment. Little did I know, Milton was orchestrating my proposal with my friend and my best friend in Chicago. Once I got settled in my place the first night, my friends told me to get an outfit for a fashion show that we were attending the next night. Of course I was excited about going to the fashion show because I love all things fashion. They made sure my nails and eyebrows were done and they helped me put together an amazing outfit. As I was finishing my preparations to get ready for the night, my best friend called me to say she needed to come up before we left for the fashion show to check her makeup. I soon heard a knock at the door, I opened it and it was Milton. When I saw him I was so shocked because he always told me he was going to surprise me and he pulled it off flawlessly. 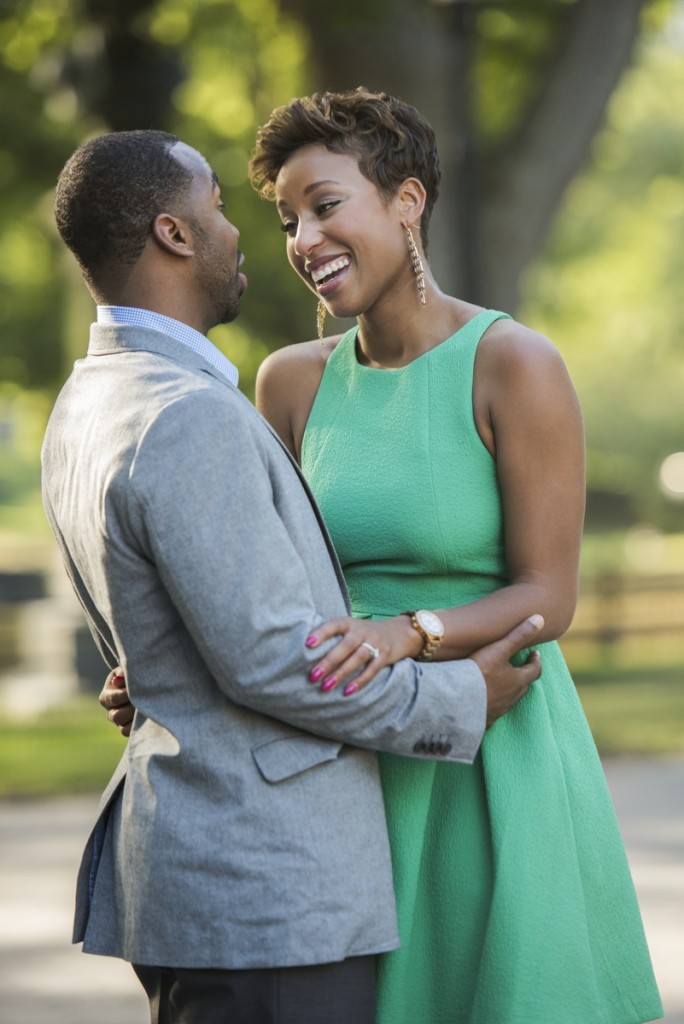 I started screaming and running around like a woman who knew her life was about to change forever. I finally calmed down enough to listen to what Milton had to say. He led me to the balcony of my unit and got down on one knee and asked me to be his wife with the Chicago skyline in the background. I screamed YES for all of my neighbors to hear. LOL! He then whisked me off to dinner at a wonderful boutique hotel in downtown Chicago and later he led me to an amazing hotel room filled with candles and rose petals. It was truly an enchanting night that I didn’t want to end.

Fast forward to today, I am currently less than three months from my wedding date of August 8th 2015. We are having a small and intimate wedding at the beautiful Thompson Chicago hotel in downtown Chicago. My colors are ivory, champagne, and an accent of blush pink. I don’t have a theme per say, I am just choosing whatever I like! However my style has been known to be elegant and chic with a touch of glam. The planning process for us as a couple has been pretty enjoyable. All the major things on my wedding checklist have been completed, with the exception of my upcoming bachelorette weekend in Miami, FL and my bridal shower. Aside from those celebrations, we are finalizing all of the small details to ensure our wedding day will be magical! Milton and I truly feel so blessed to have found each other again, and I am looking forward to having Milton as my life partner to share in each other’s journey. Our love story is not a fairy tale, but it is perfect for us. Our time apart changed us for the better, and now we plan to live our lives as an example of God’s love and forgiveness being displayed through us. 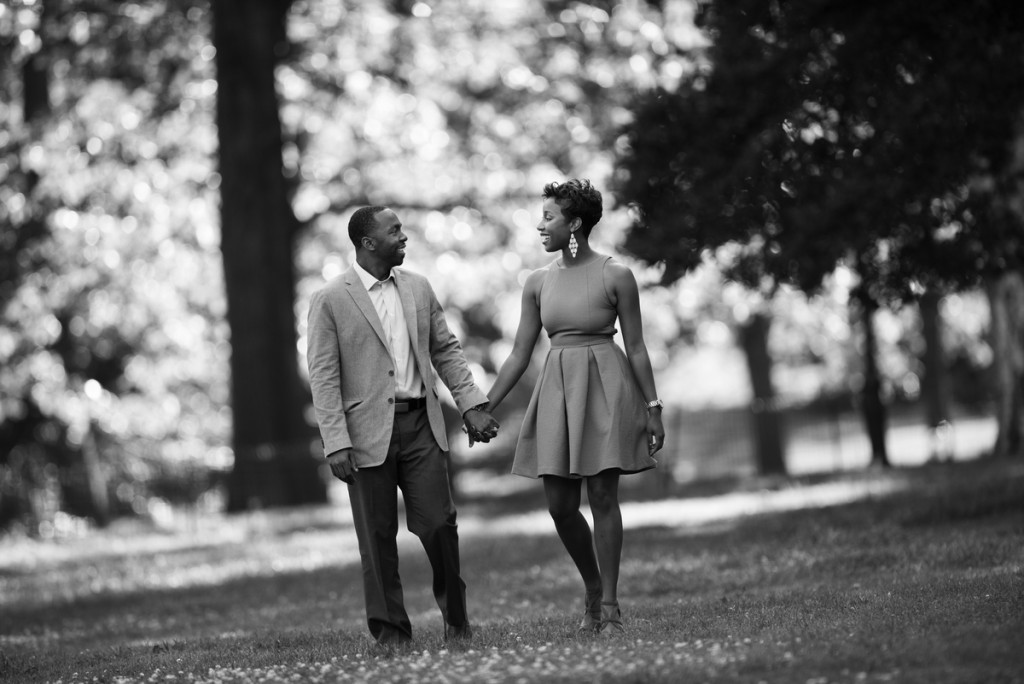 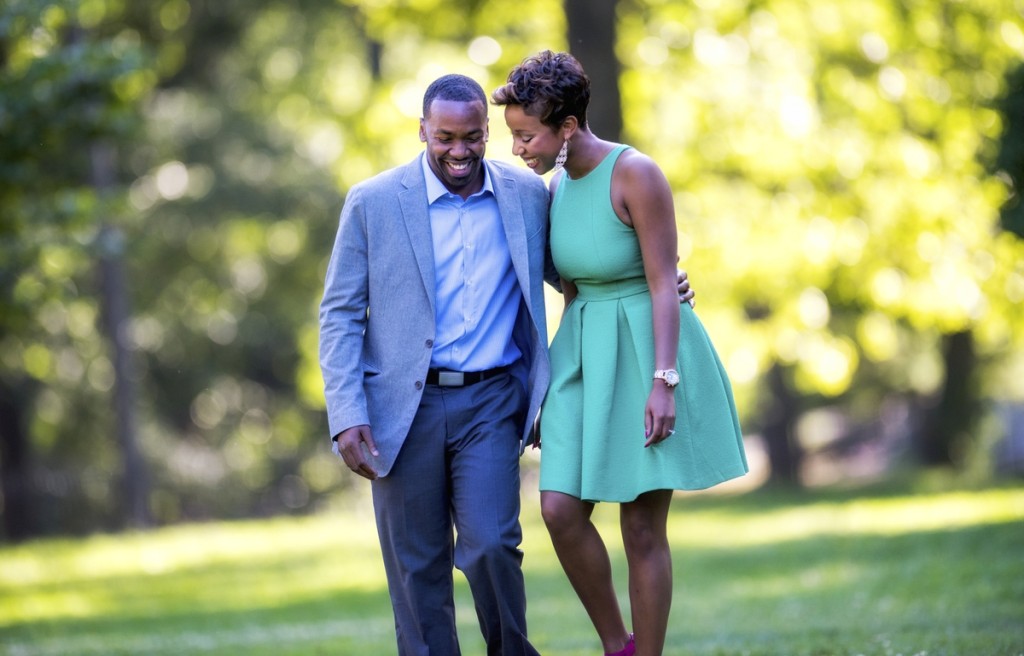 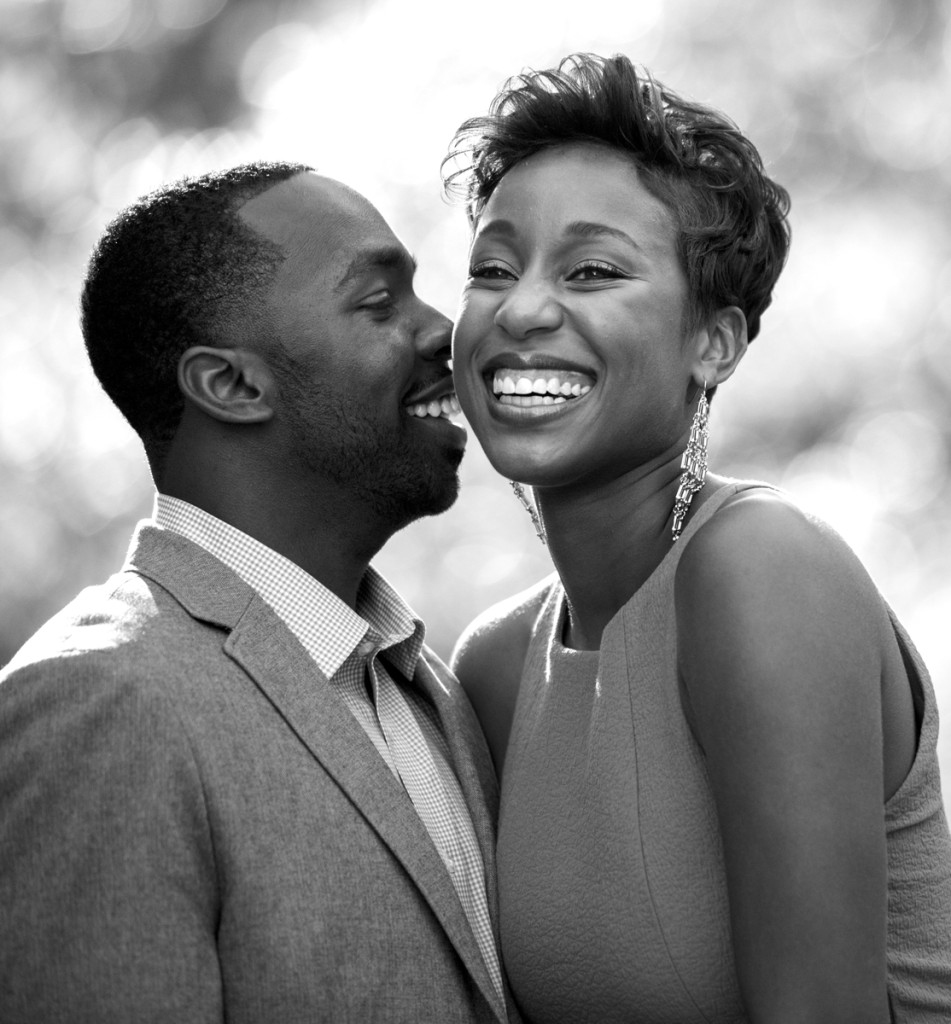 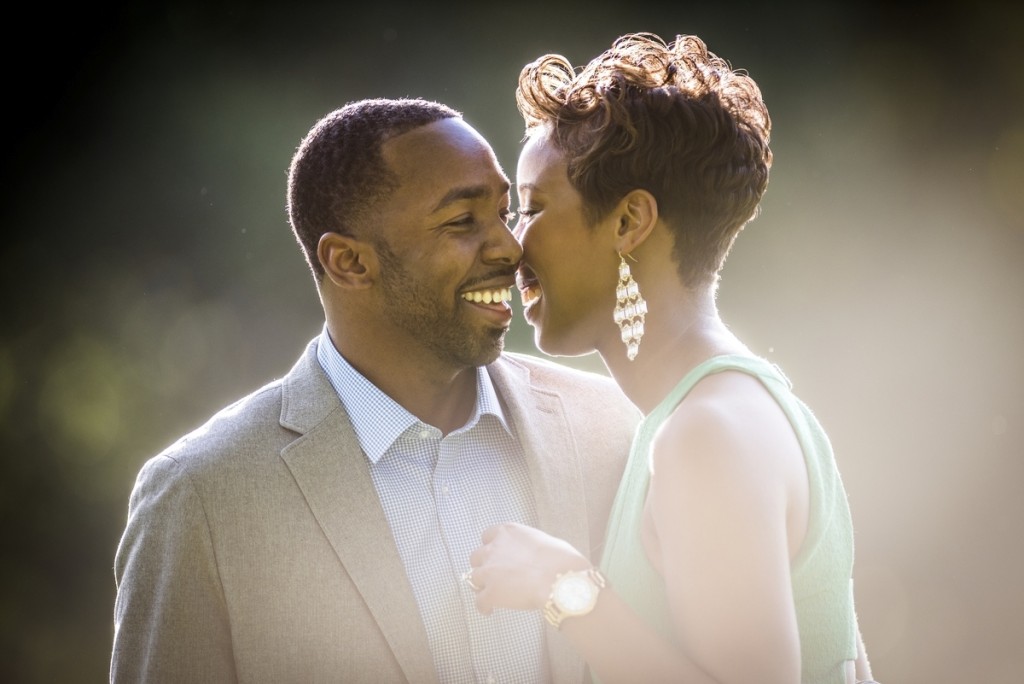 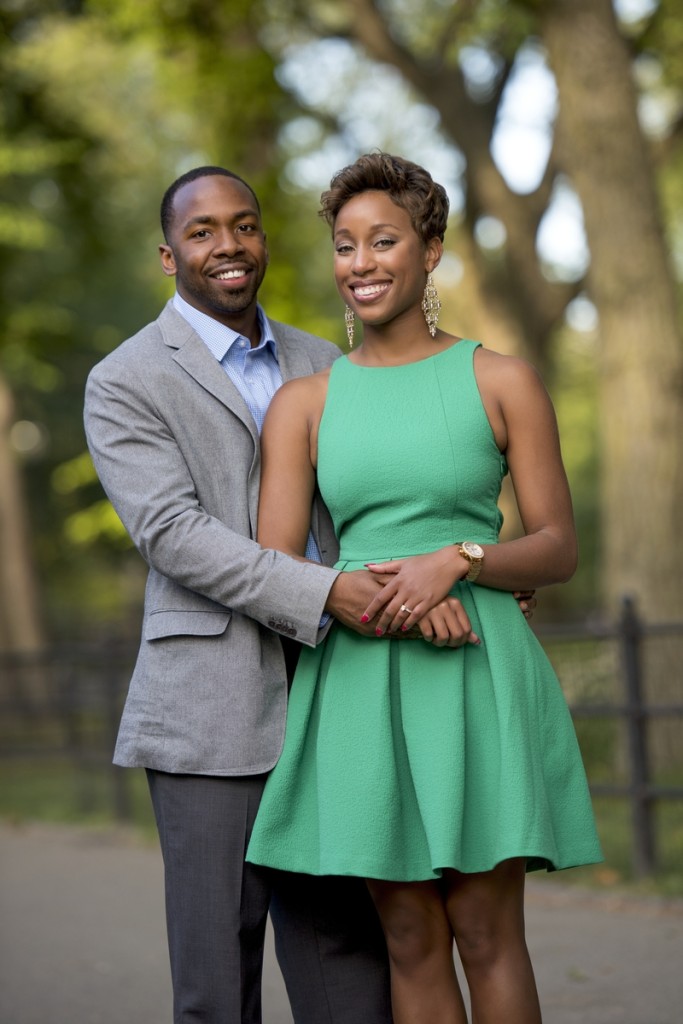 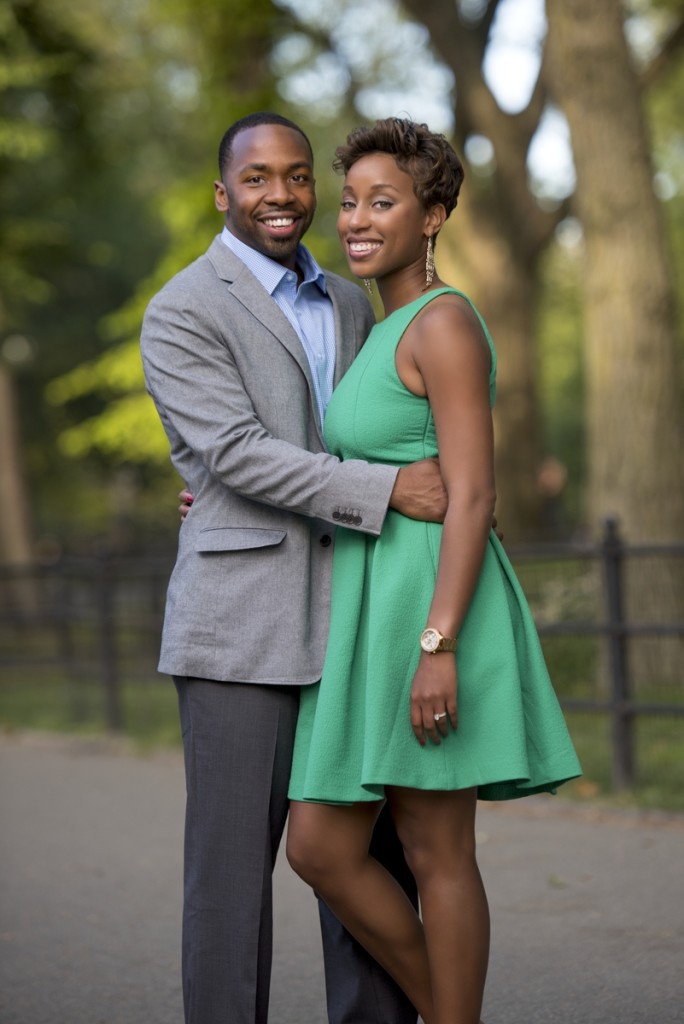 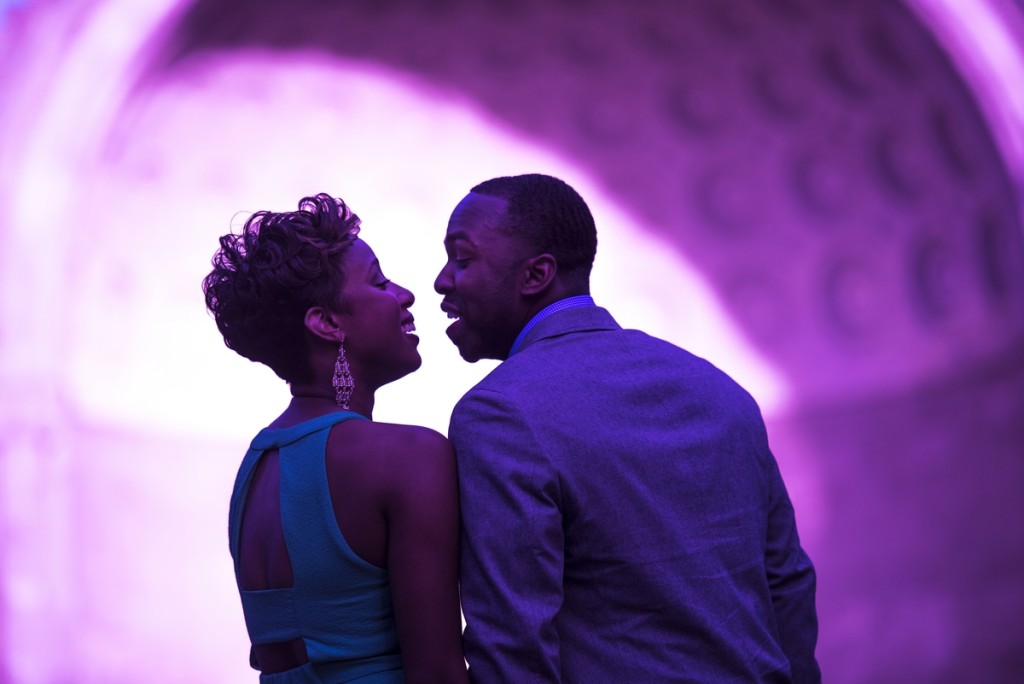 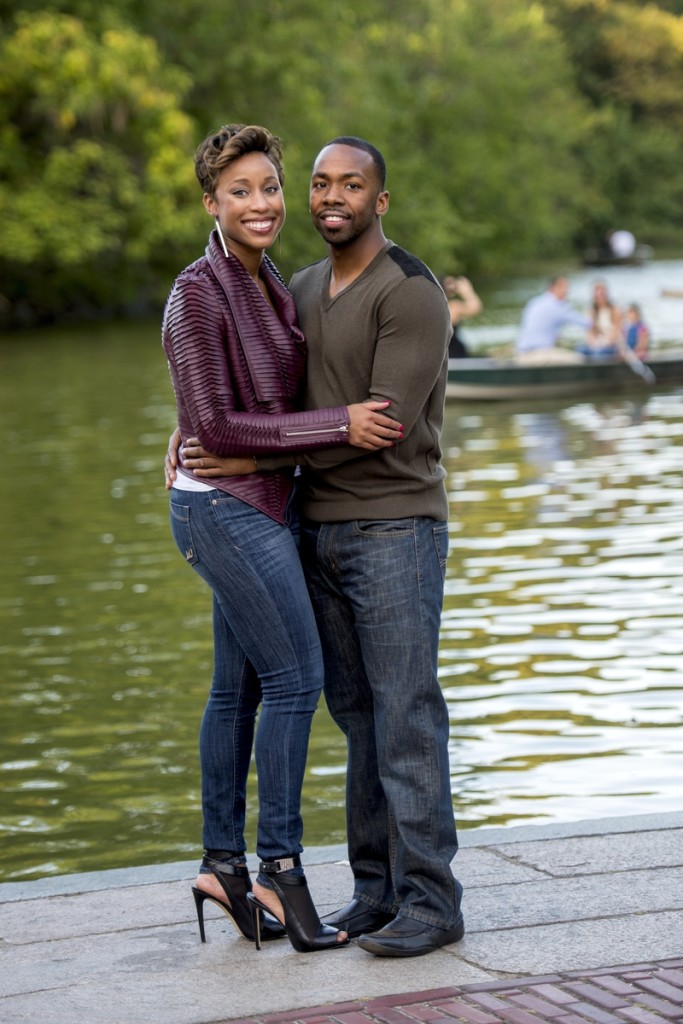 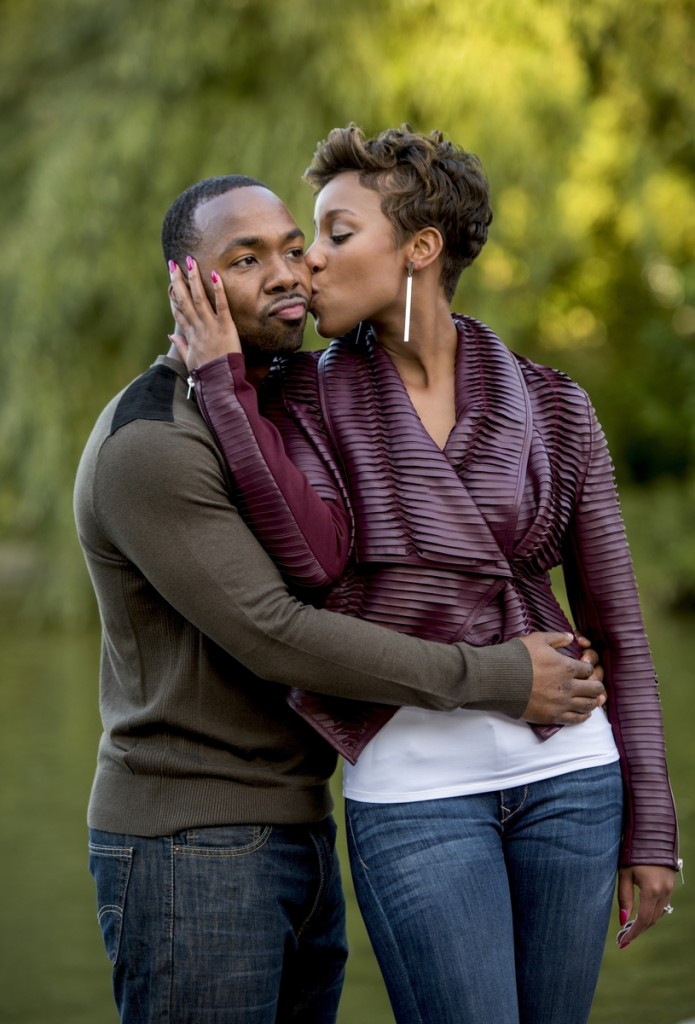 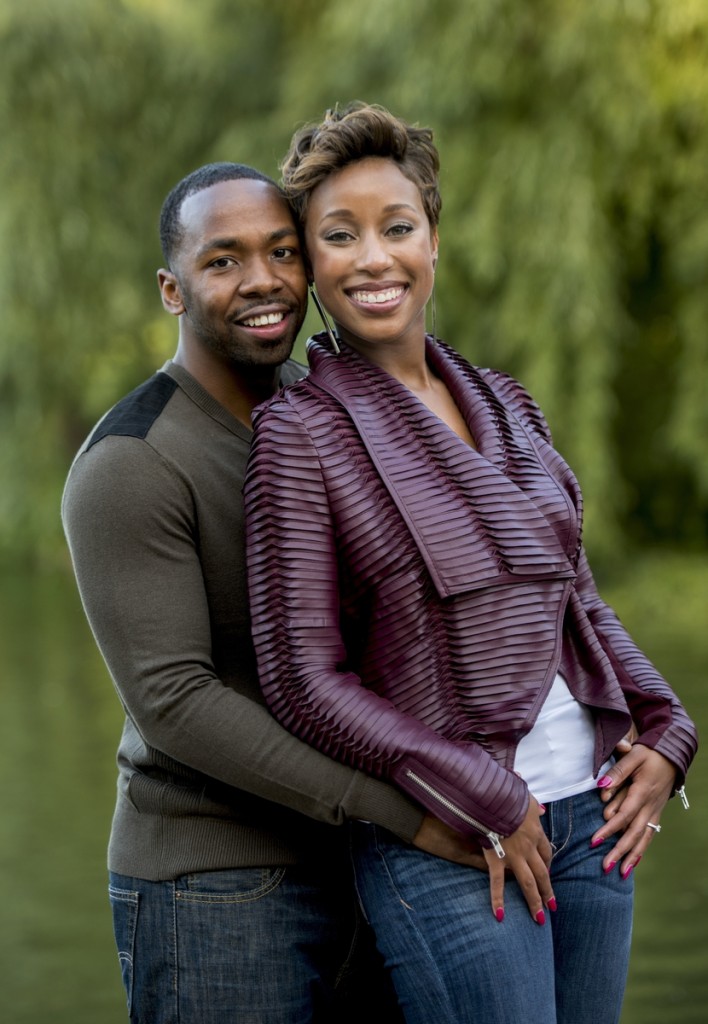 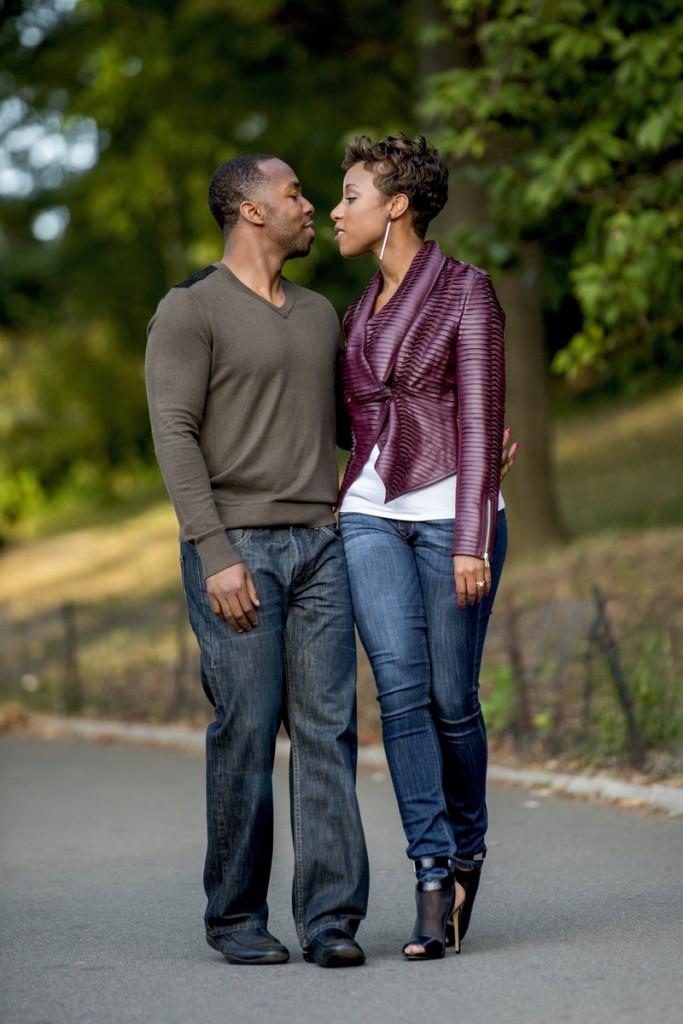 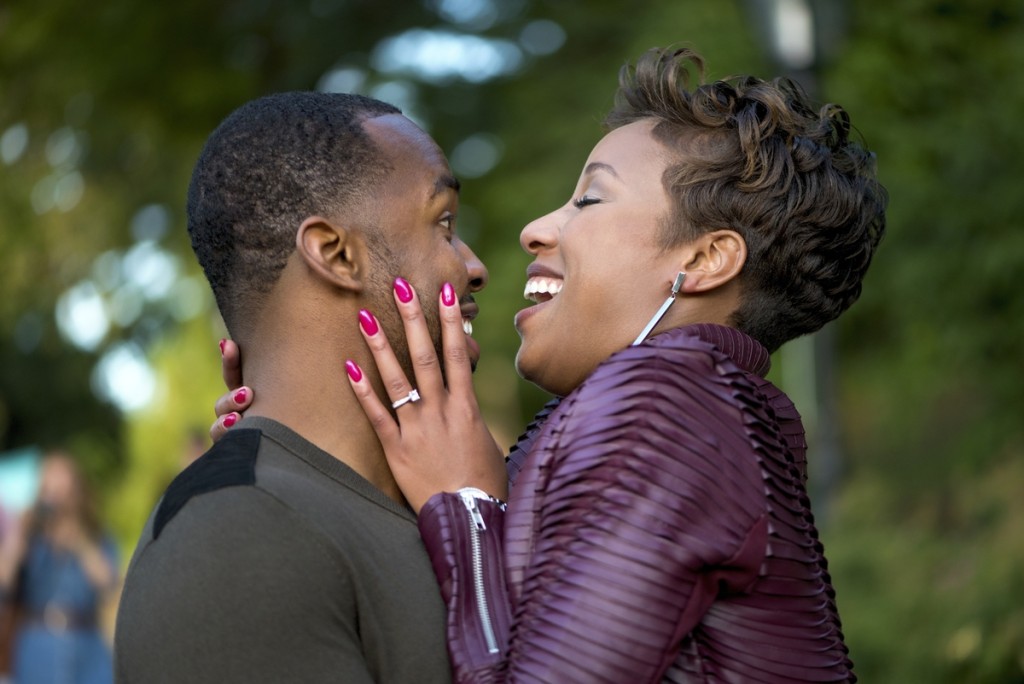 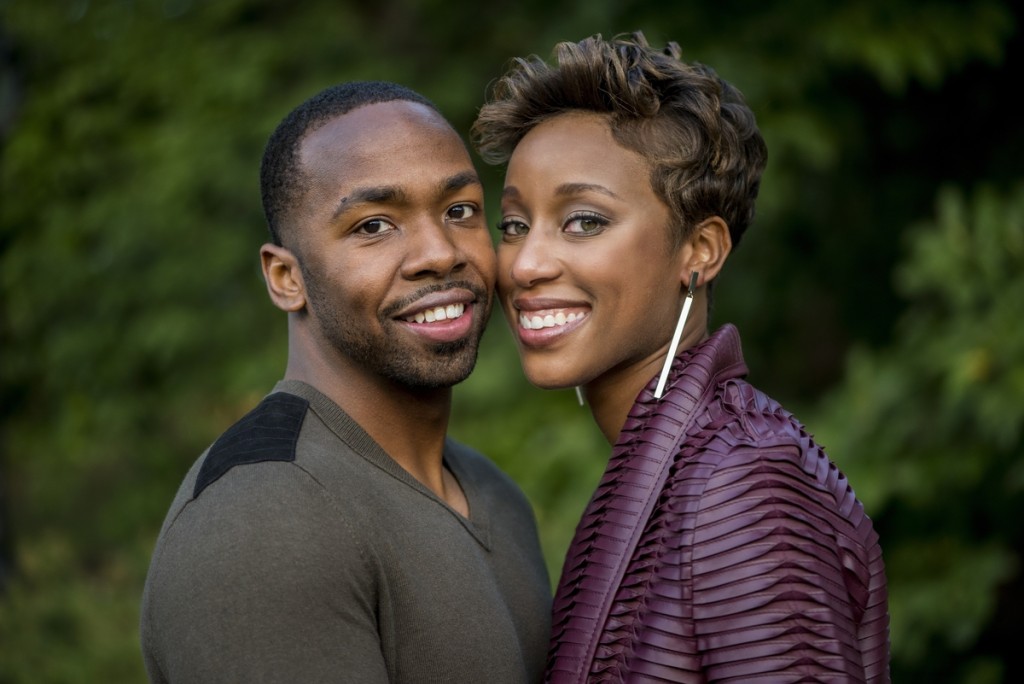 All Images By Jon Tannen.