Our Guest bridal Bloggers are speedily walking down the aisle!  We would like to introduce you to our next November Bride and guest blogger, Kristin.   Kristin and Mycal met when they were both members of The University of North Carolina Gospel Choir.  6 years of dating and Mycal proposed on March 22, 2014.  They are set to get married on November 14, 2015 in Charlotte, North Carolina. 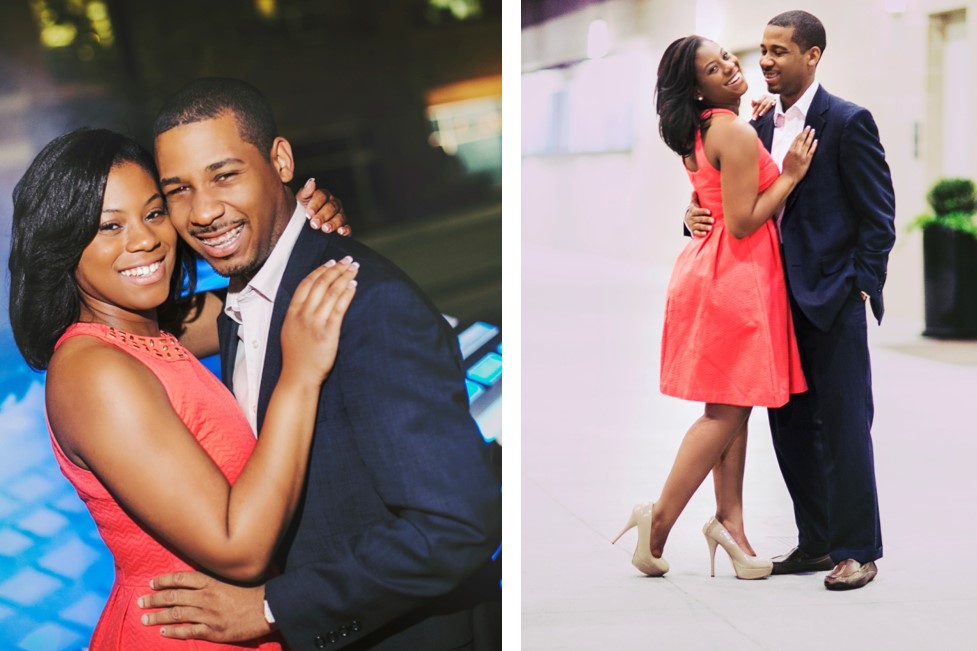 It all began one September evening with a spontaneous conversation and a birthday wish. During our first year at The University of North Carolina at Chapel Hill both Mycal and I joined the UNC Gospel Choir, but we had not met each other until the night of a Gospel Choir performance on September 18. Although I didn’t know him, I had heard that the previous day was Mycal’s birthday so I approached him in attempts to offer belated birthday wishes. However, this gesture only startled and embarrassed him because he was not one to make a fuss over his birthday. He stared at me strangely and politely thanked me before walking away. It was this encounter though that would spark a conversation a few days later. We found each other’s social media accounts when we were tagged in pictures from the performance. After many Facebook chats and eventually exchanging contact information, we began talking every day. I enjoyed our friendship, but our mutual friend conveyed that Mycal potentially wanted something more. I didn’t want romantic interests to affect our friendship. Assuming that he would ask me to the upcoming Black Student Movement Ball I avoided him at a few choir rehearsal practices. Eventually, he caught up with me and invited me to the ball. I gladly accepted. The night of the ball arrived, and I was actually nervous. It took me forever to decide what to wear. My date night prep made us a little too late for the dinner, but he handled it like a gentleman. We left the ball and walked to a popular restaurant near campus. There we ate, laughed, and talked for hours before he walked me home. 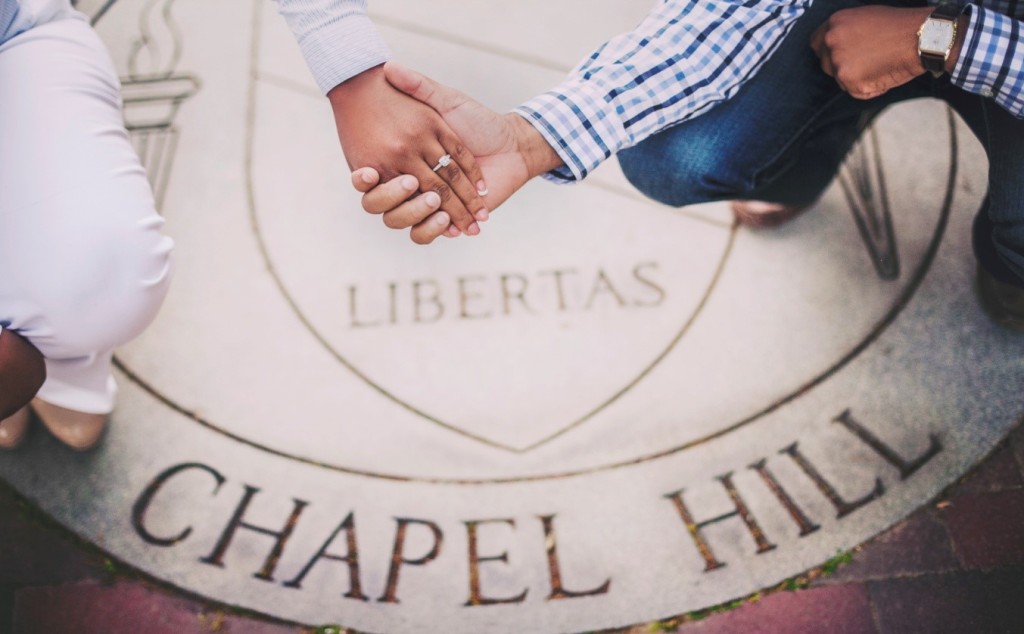 The first date turned into many dates, and one year together turned into six. As a teenager when I fell in love with weddings, I fell in love with proposals. There was nothing more romantic than a man planning to proclaim his love on bended knee and waiting for her response. In the same vein, I had always imagined that my proposal would include a public place, hidden photographer, and surprise engagement party with our family and friends afterwards. 6 years of dating and the time had come. Out of the blue Mycal started to act strangely and ask questions randomly, so I suspected that something big would happen soon. He asked for details of our early relationship and where we went on my favorite date. I wanted to ask the purpose, but I also didn’t want to ruin what he was working hard to plan. I simply answered the questions. I didn’t think any more of his strange behavior until one Monday afternoon. We had just returned from a beach vacation and were watching a UNC basketball game. As our favorite team played, I began recalling the events of our car ride from the beach. He insisted that we make a stop at the mall before returning to his apartment. Beyond tired, I was ready to get home so I sat in the car while he went inside. I expected to see a bag when he returned, but I only saw a fidgeting Mycal. When we arrived at his apartment, he ran inside with our entire luggage before I could even get out of the car. I realized that he must have picked up my ring during his stop, and he wanted to hide it. I tried to remind myself that he must have been planning something big; however, my curiosity got the best of me. During the commercial breaks of the game, I started looking around his apartment. First, under the bed. Then, under the bathroom sink. I found nothing. I knew that he would eventually see me, but I wanted to find a ring box even more. Finally, I went to his bedroom closet, and there it was. I grabbed it with sheer joy, and raced to the living room where he was. Of course he chased me, but I promised not to open it. As I raced around his apartment with the ring box in hand, I knew that I didn’t need a decked out proposal; I just wanted to spend my life with my best friend, and I wanted it to start now. Mycal, on the other hand, wasn’t too caught up in the spontaneity of the moment. He still wanted to do things the right way, so he told me that I would have to wait longer for ruining his surprise. Of course, this was the last thing that I wanted to hear but I obliged. The next weekend we went to visit his family in his hometown, and he proposed downtown on March 22, 2014 at 2:13pm!  In conversations that we have had since our engagement, Mycal revealed the over the top romantic proposal that he had been planning, but I didn’t need it. I was going to marry my best friend and my love. 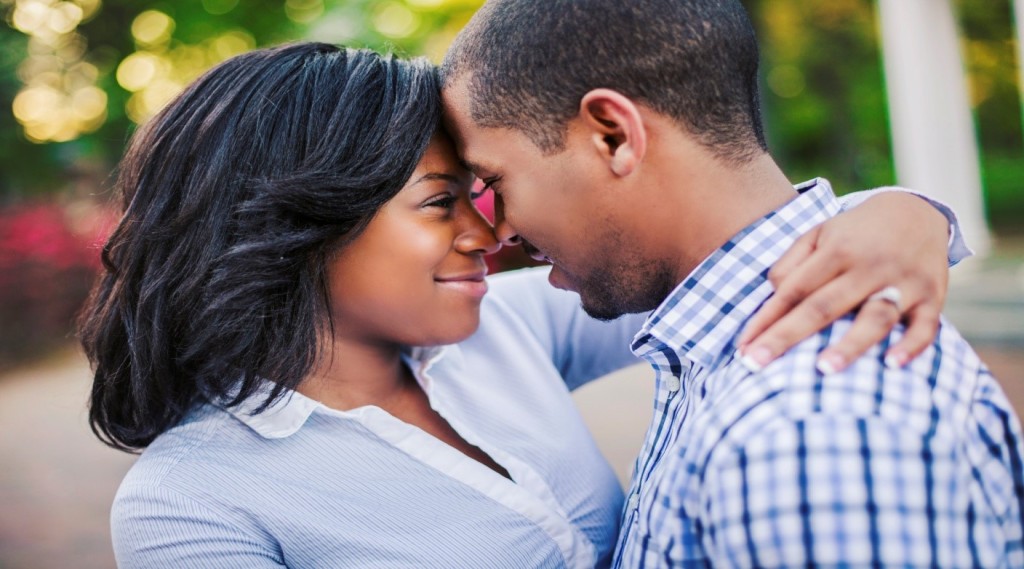 Now, here we are planning one of the most important occasions of our lives, our wedding! We will be tying the knot on November 14, 2015 in Charlotte, North Carolina. Hosted at the Mint Museum in Uptown Charlotte, our “Night Out on the Town” wedding will be a true Kristin and Mycal event. I love to dance, and Mycal loves amazing food, so our guests can expect detailed elements centered around our favorite things.   Right now, we are 4 months away and in the midst of deciding our key elements including our menu, entertainment, and tablescapes! We cannot wait to share with you how this journey unfolds!

#ShesaBrickhouse in less than 100 days! 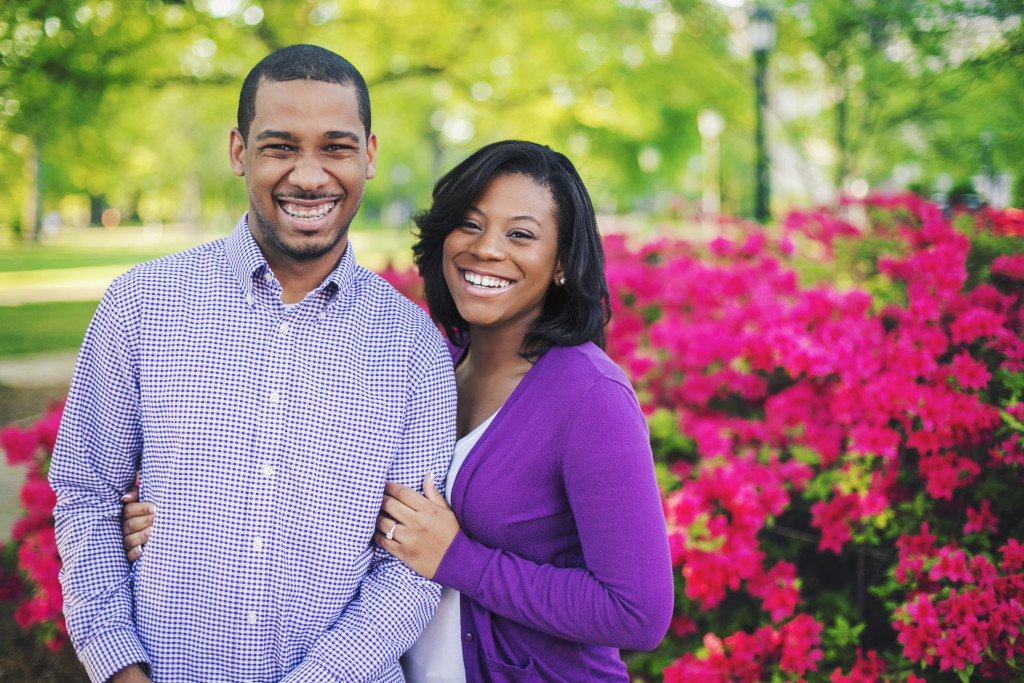 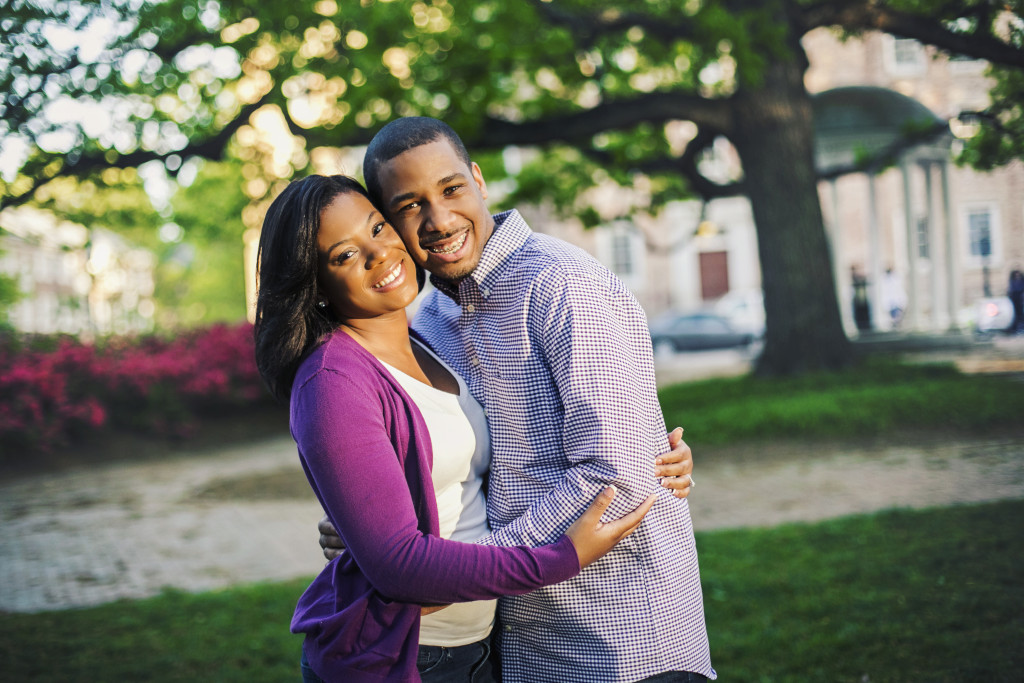 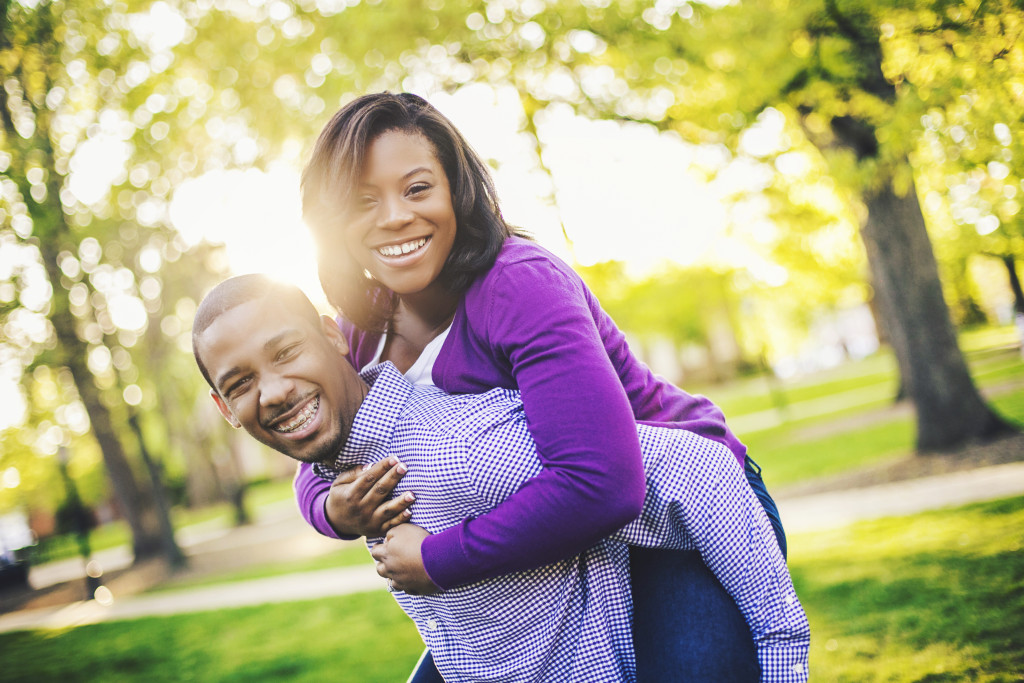 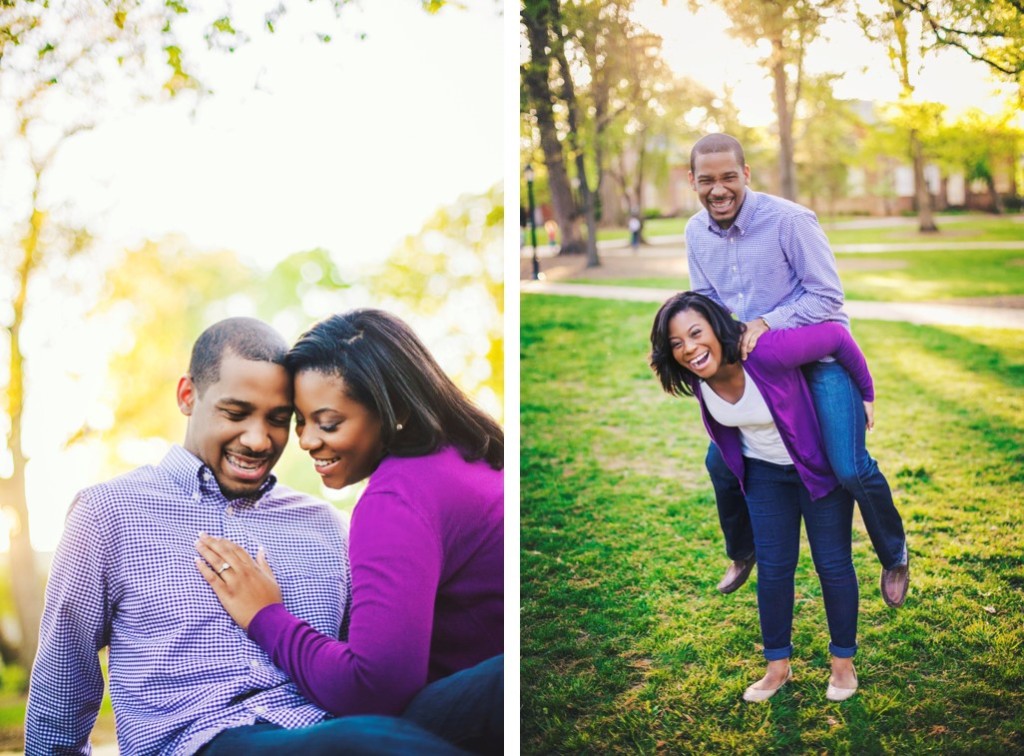 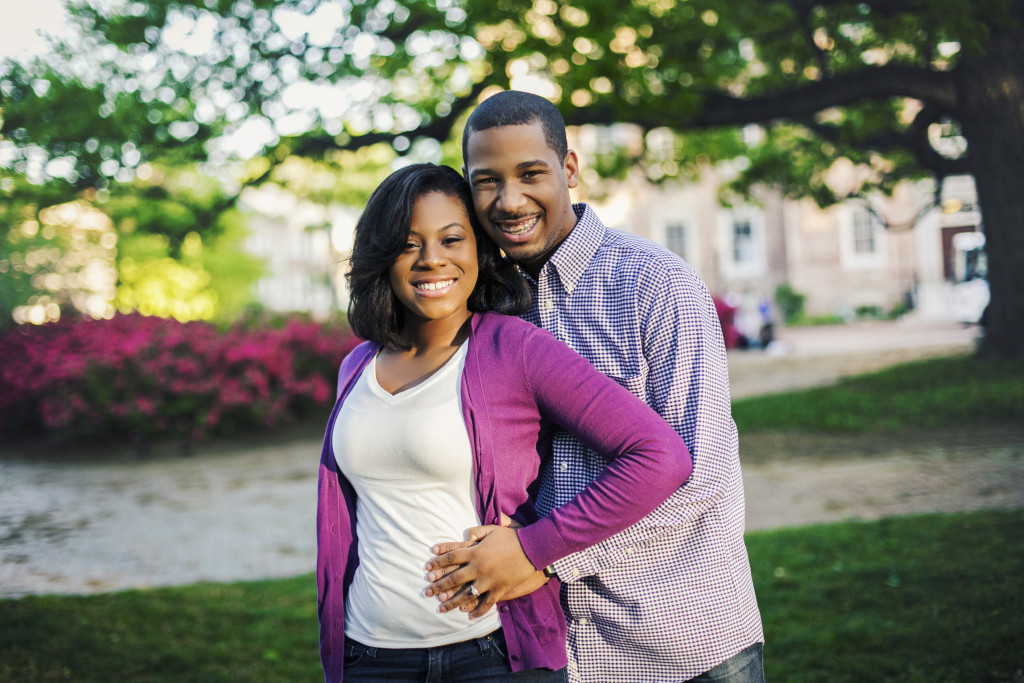 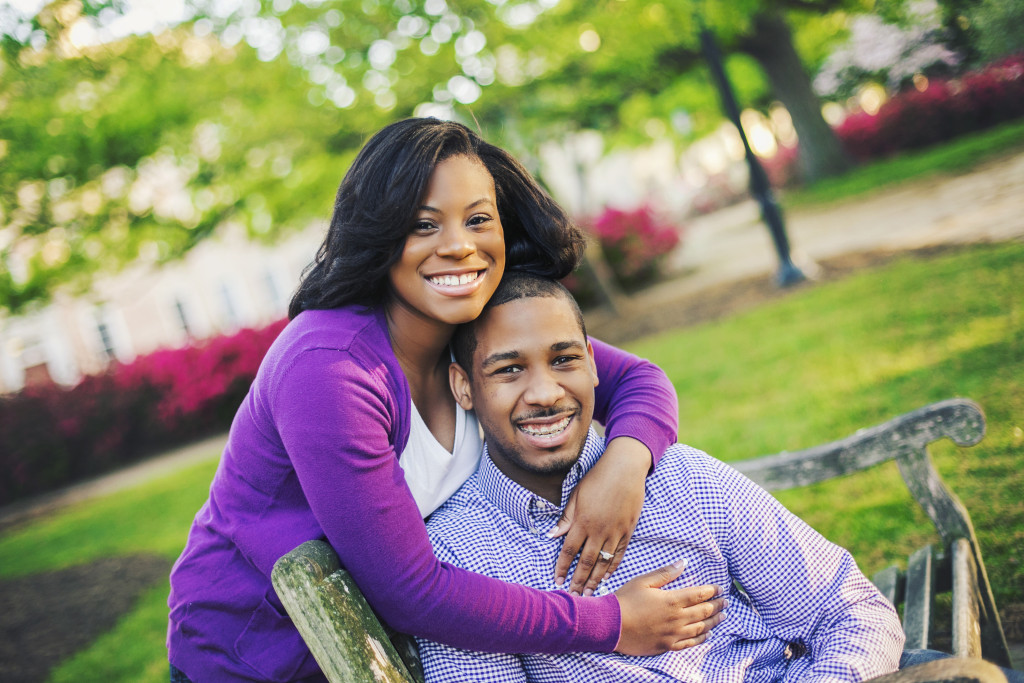 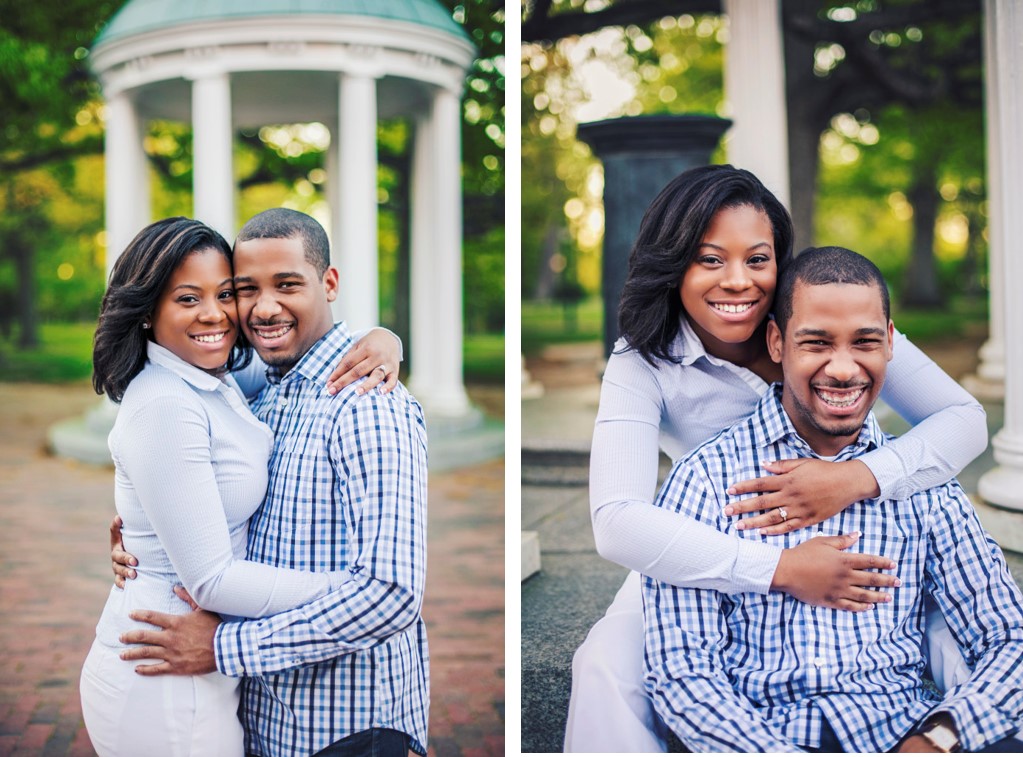 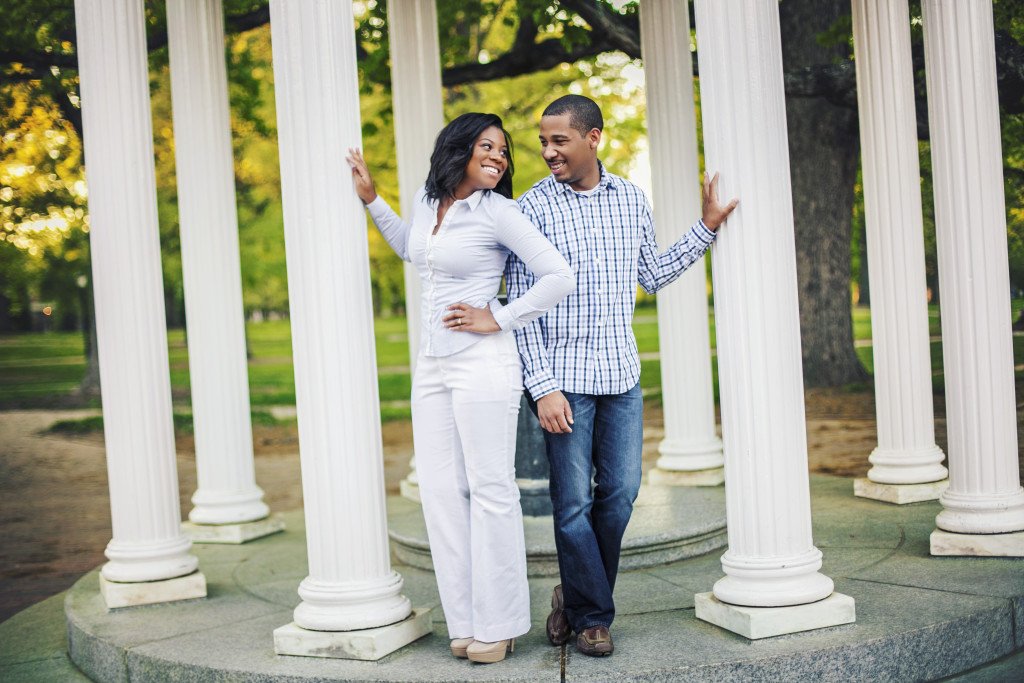 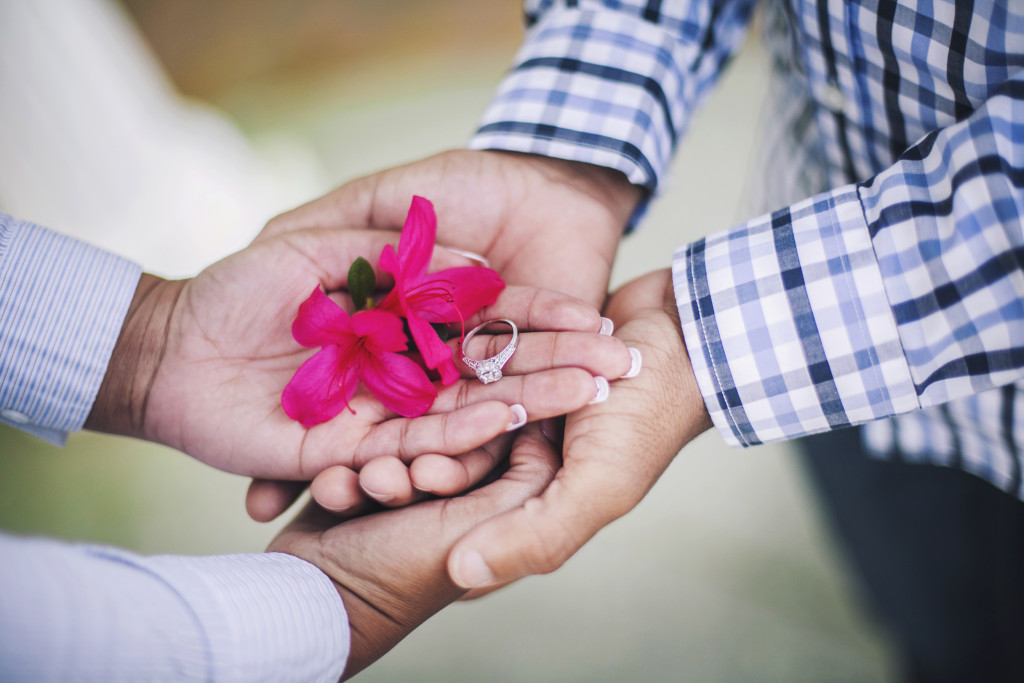 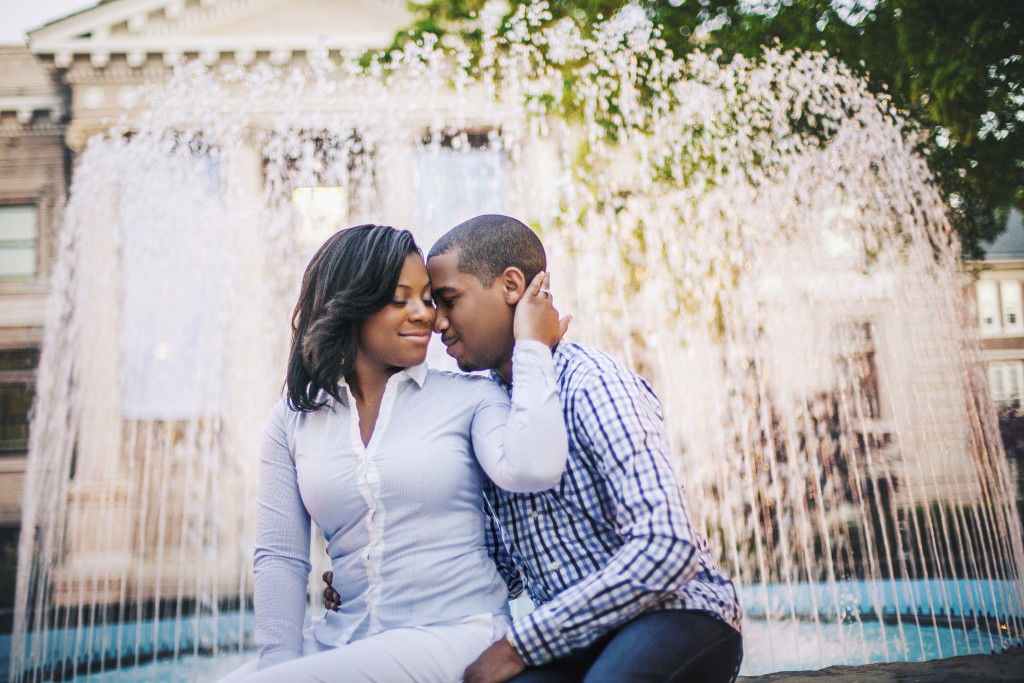 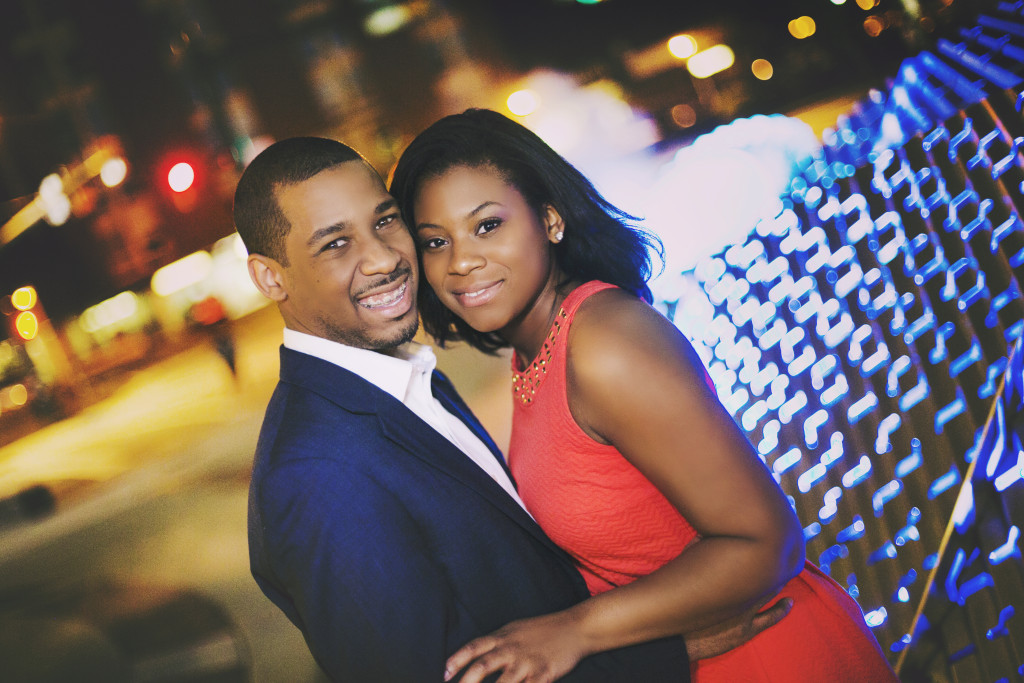 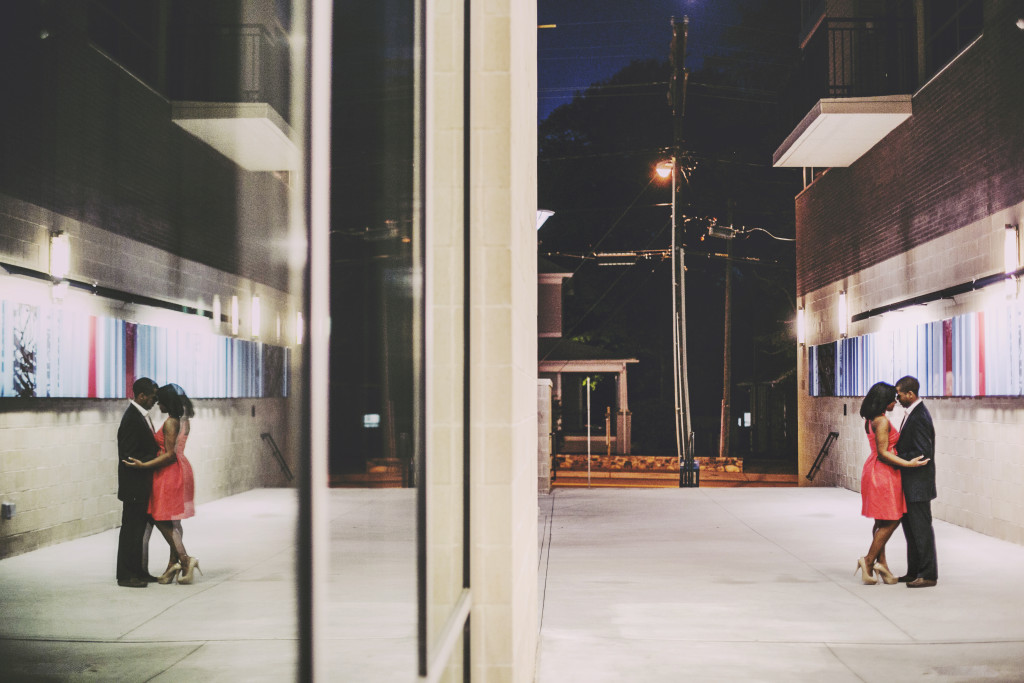 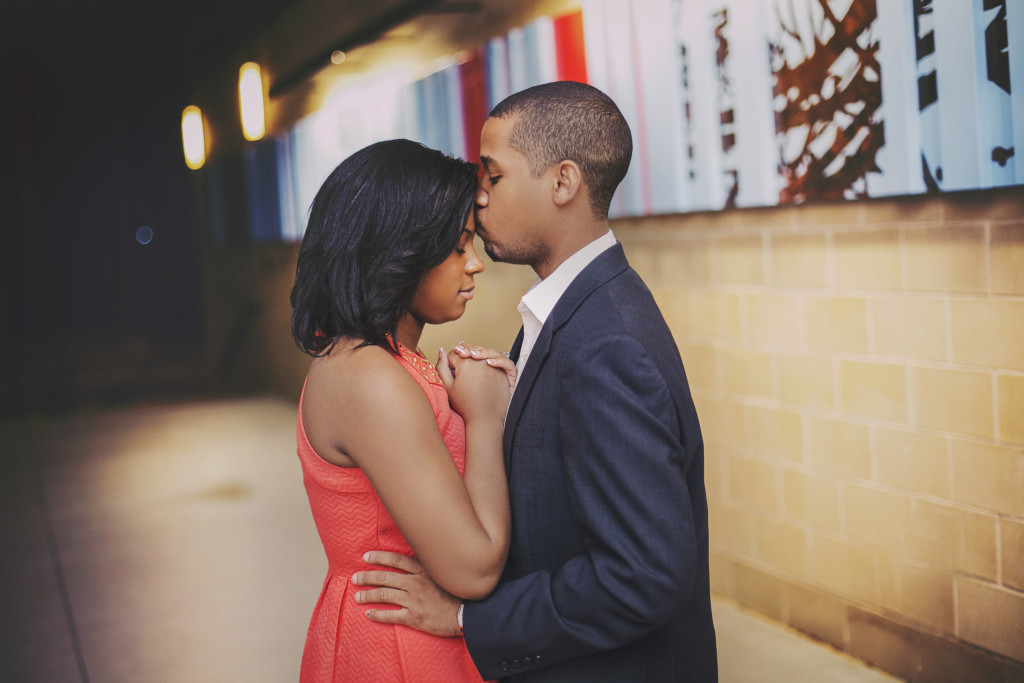 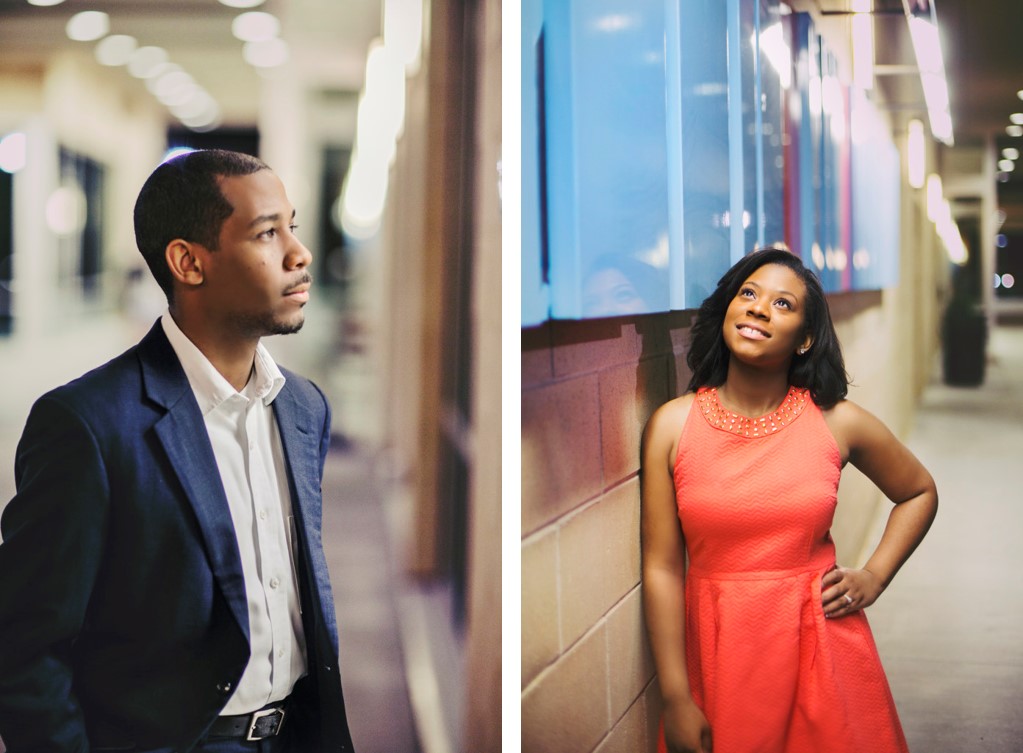 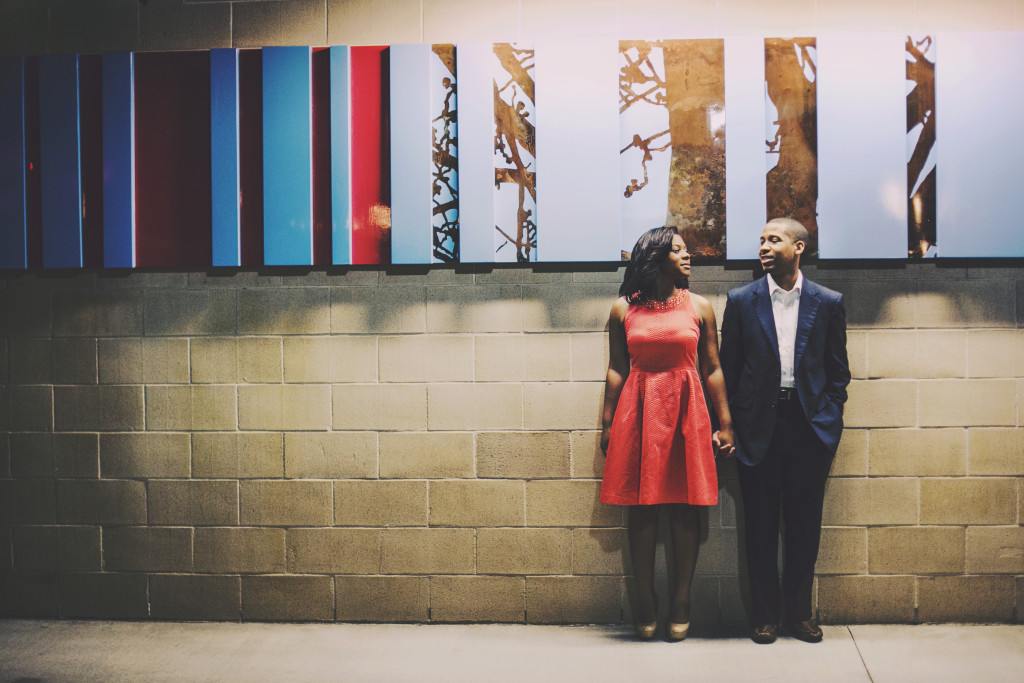 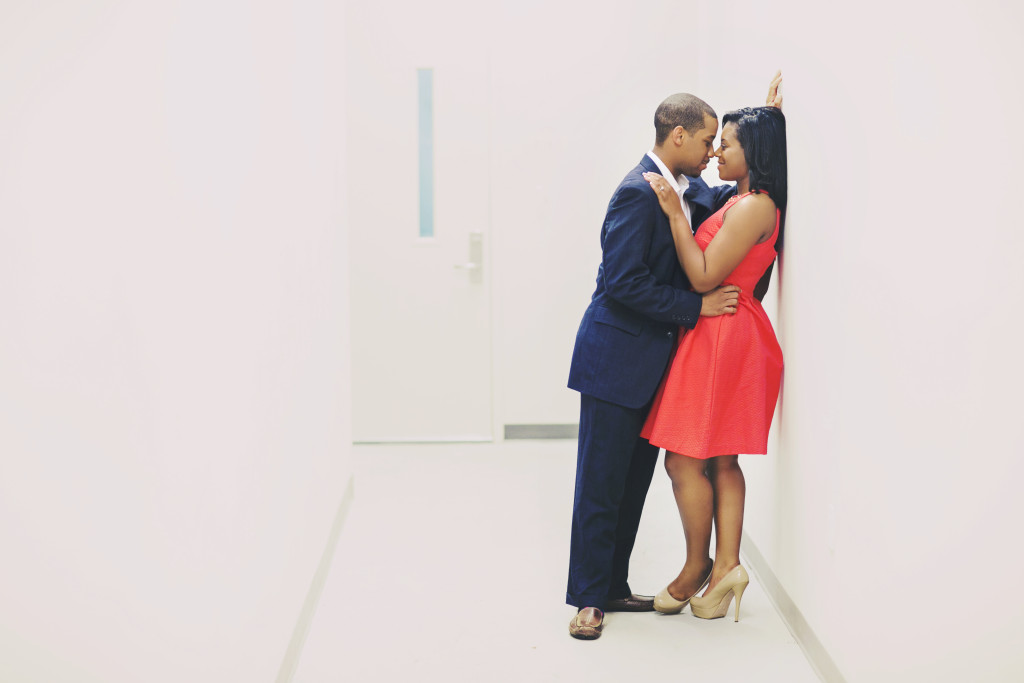 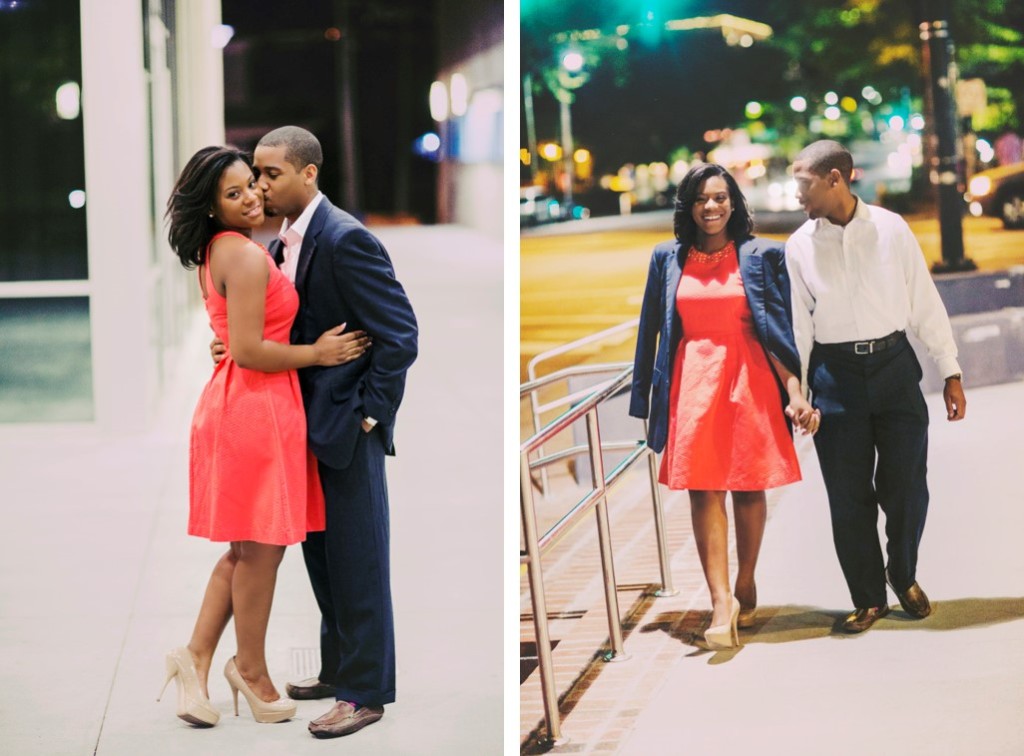