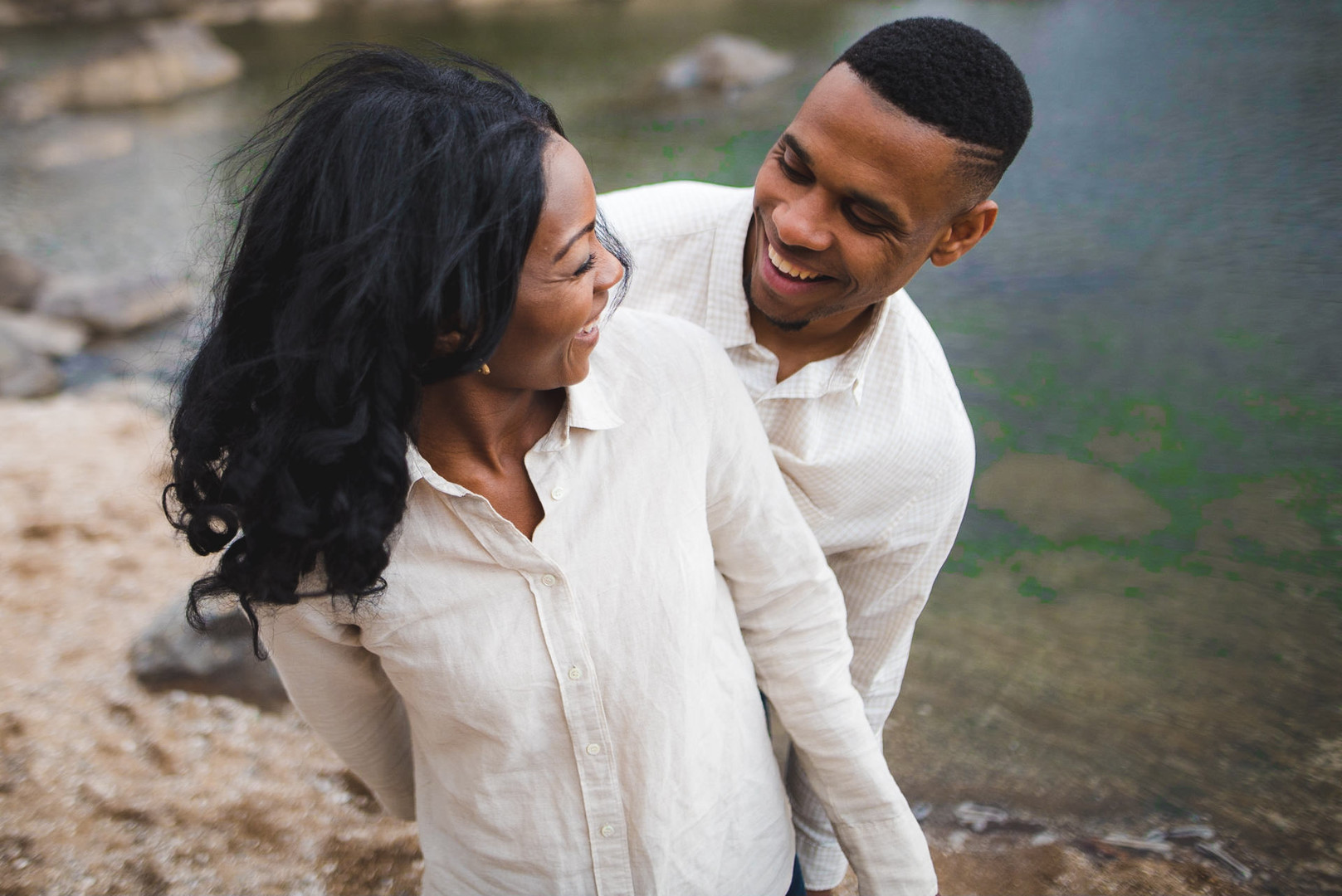 Jordan and Cheyna were best friends in college. Cheyna told him that she liked him after he had been crushing on her for two years. But then Jordan responded that the chances for them actually being together according to him at that moment were 2/10. Cheyna has been laughing about it ever since. A few years later the couple ended up both playing professional sports on teams very close to each other (D.C. and Philadelphia) so they reconnected and it’s been fireworks since then! The happy couple is now set to walk down the aisle!

Check out the awesome pictures from their engagement shoot below!