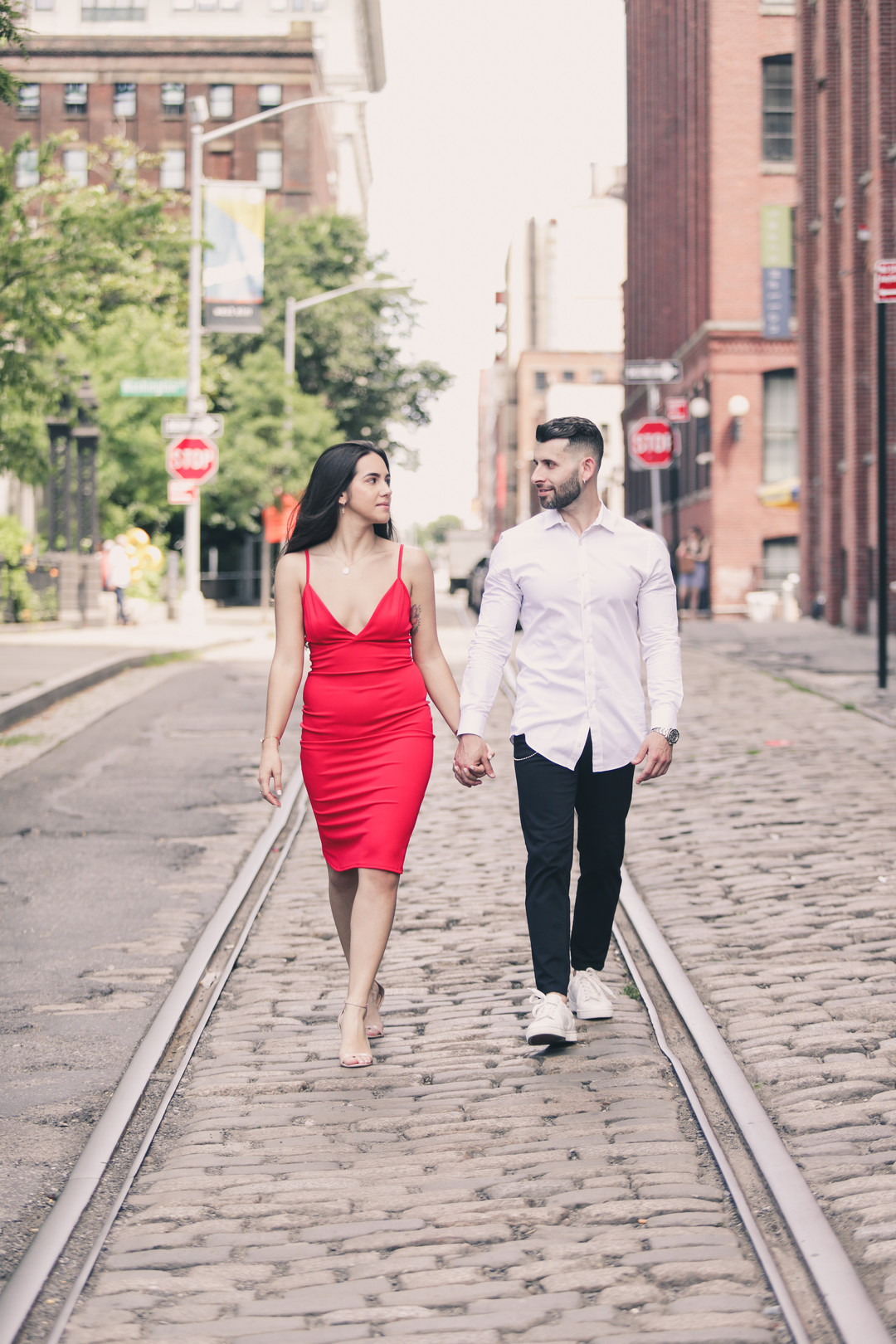 Derek and Anna met while she was working as a barmaid.  He was a bit shy so he used an “add” on Facebook to open the lines of communication between the two.  However, this shy guy managed to plan a bold proposal!

Derek proposed to Anna during their annual NY Knicks’ game.  Anna recounts the night: “We sat very close to the court which was super exciting. During halftime, one of the Madison Square Garden workers started calling out seat numbers and I didn’t really pay much mind until he approached us and I noticed he was calling ours. He asked Derek and I to stand up and come with him towards the court. He began explaining how we were chosen to play a game on the big screen and that we would have to say the answer. I was shaking not really understanding what was going on he walked us onto the basketball court. As they counted down the seconds to the question, I just kept hoping I wouldn’t say the wrong answer. However, the question that popped up on the big screen wasn’t the question I was expecting – It said “Anna Paula, will you marry me? I love you, Derek” and there he was on one knee on MSG’s basketball court. It was one of the most amazing moments ever, and the answer was: yes, yes, yes!”

How amazing is that proposal!  Just as amazing as these photographs captured by Photography by Orlando in New York’s Dumbo area.  Anna and Derek have an amazing chemistry. 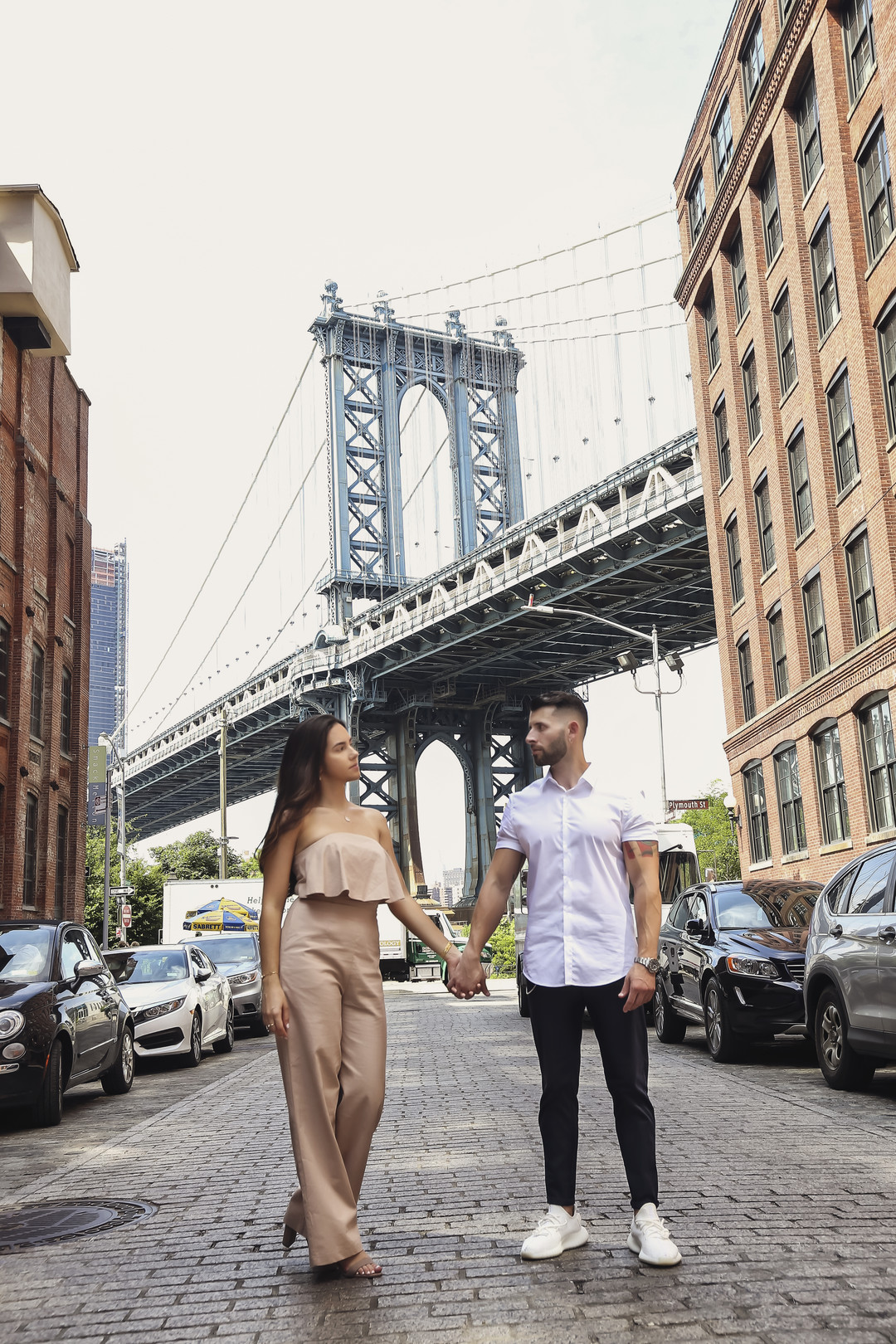 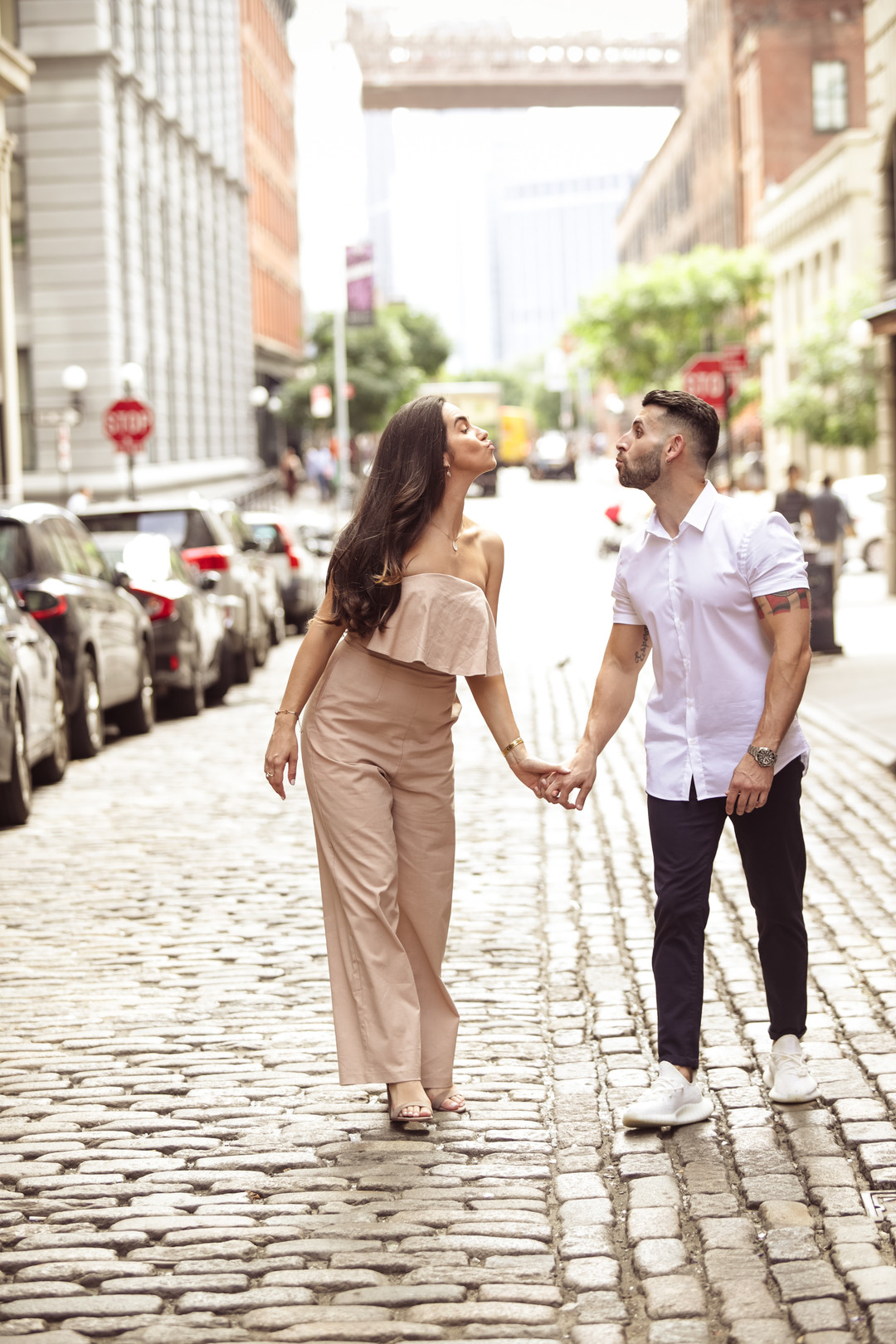 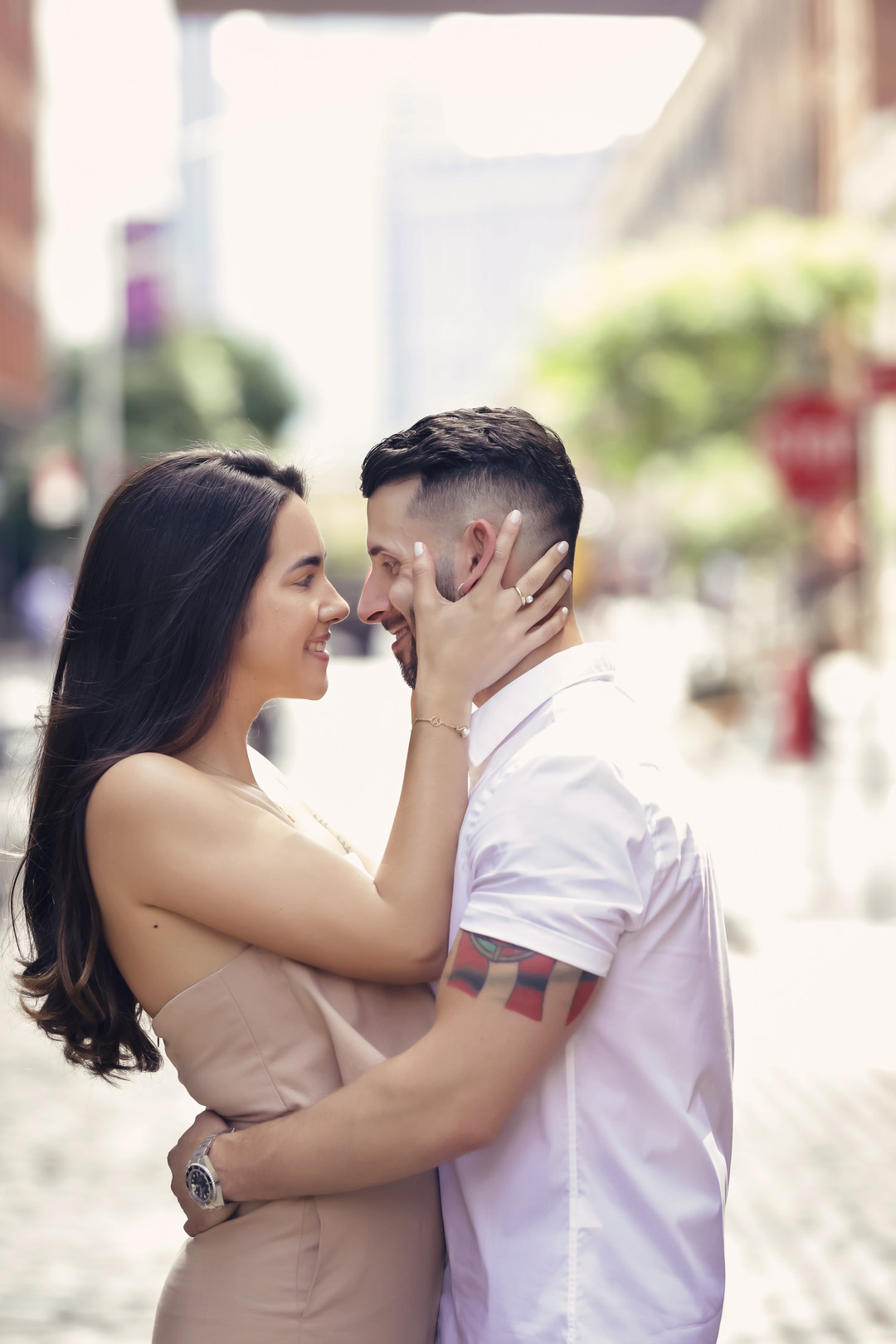 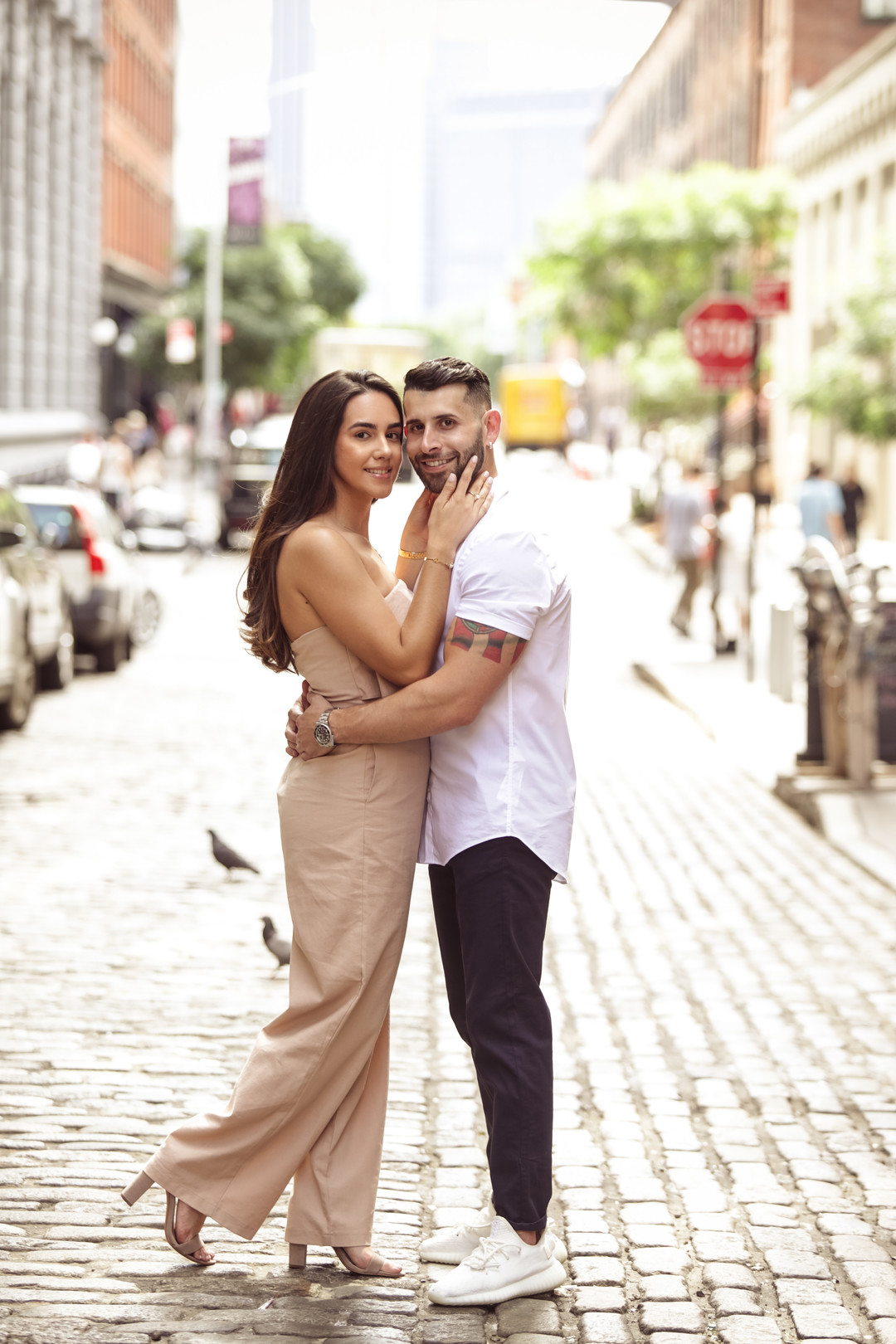 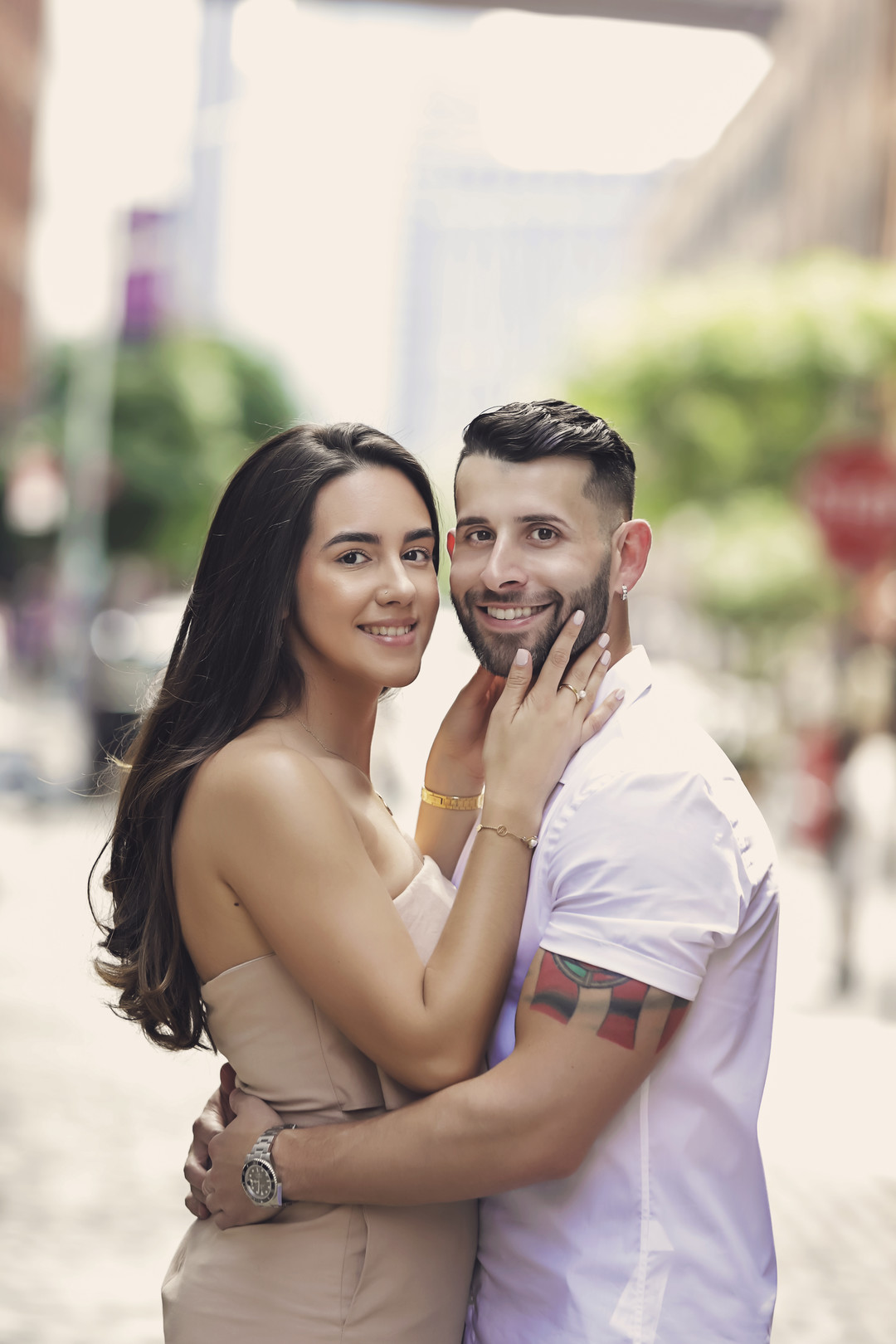 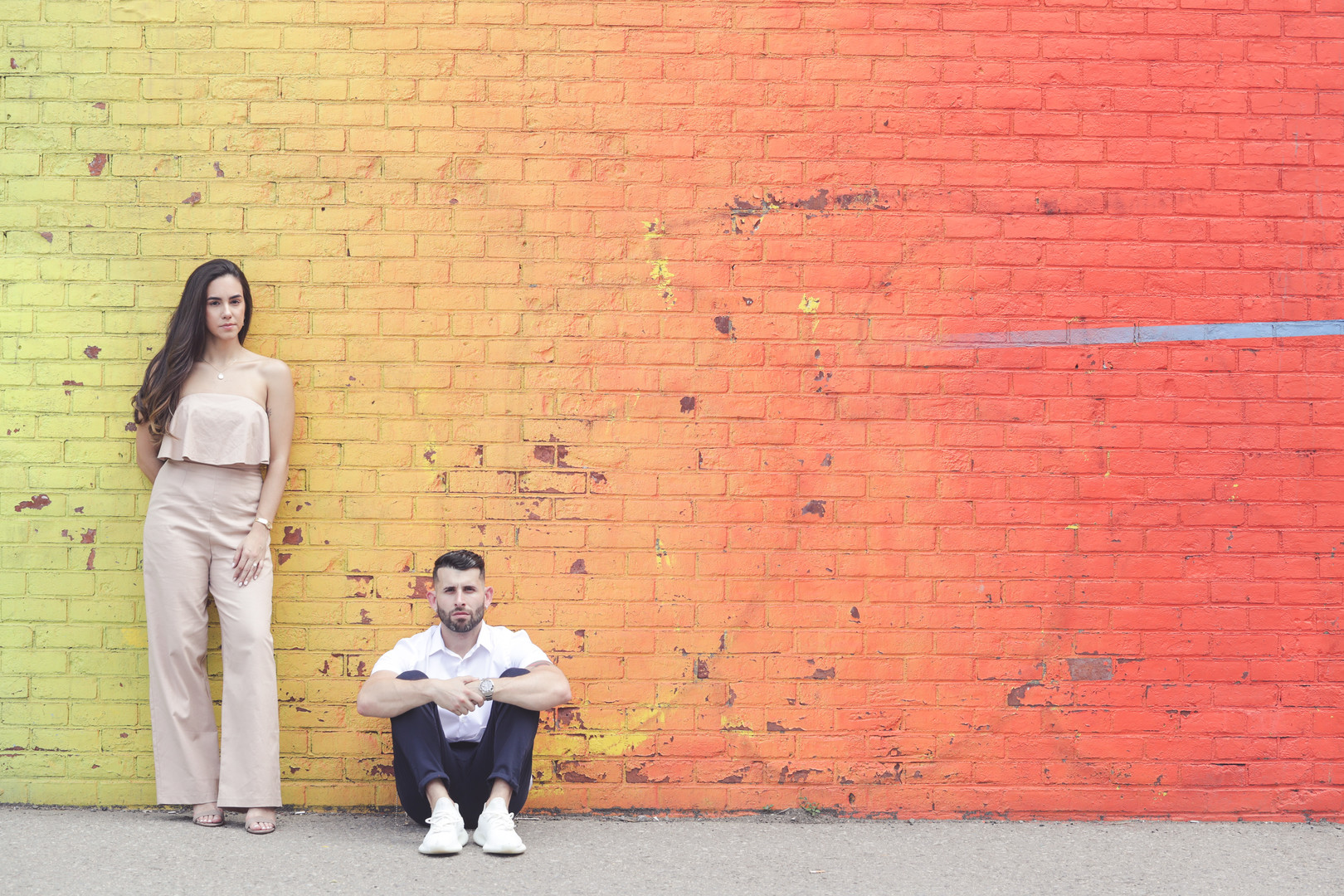 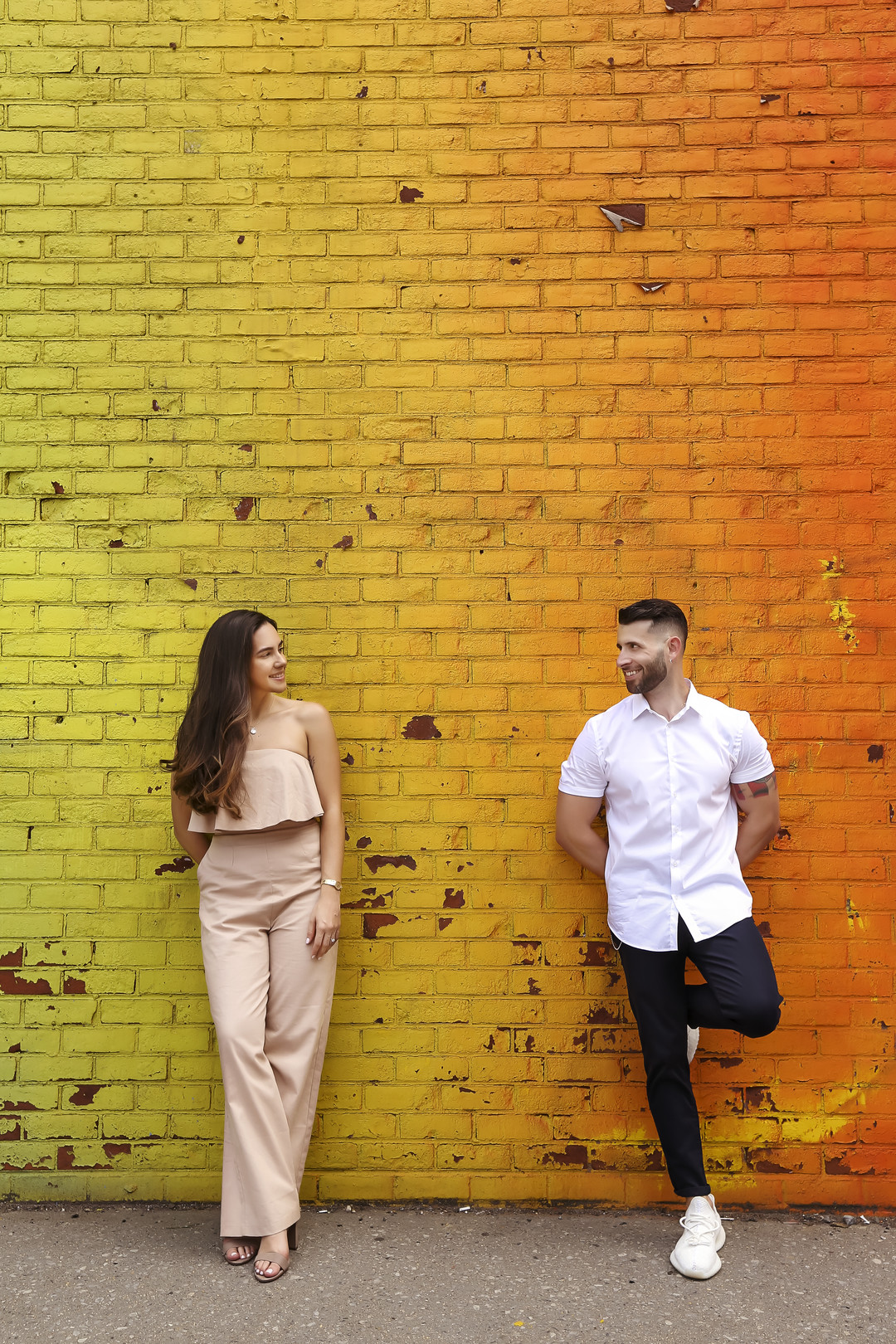 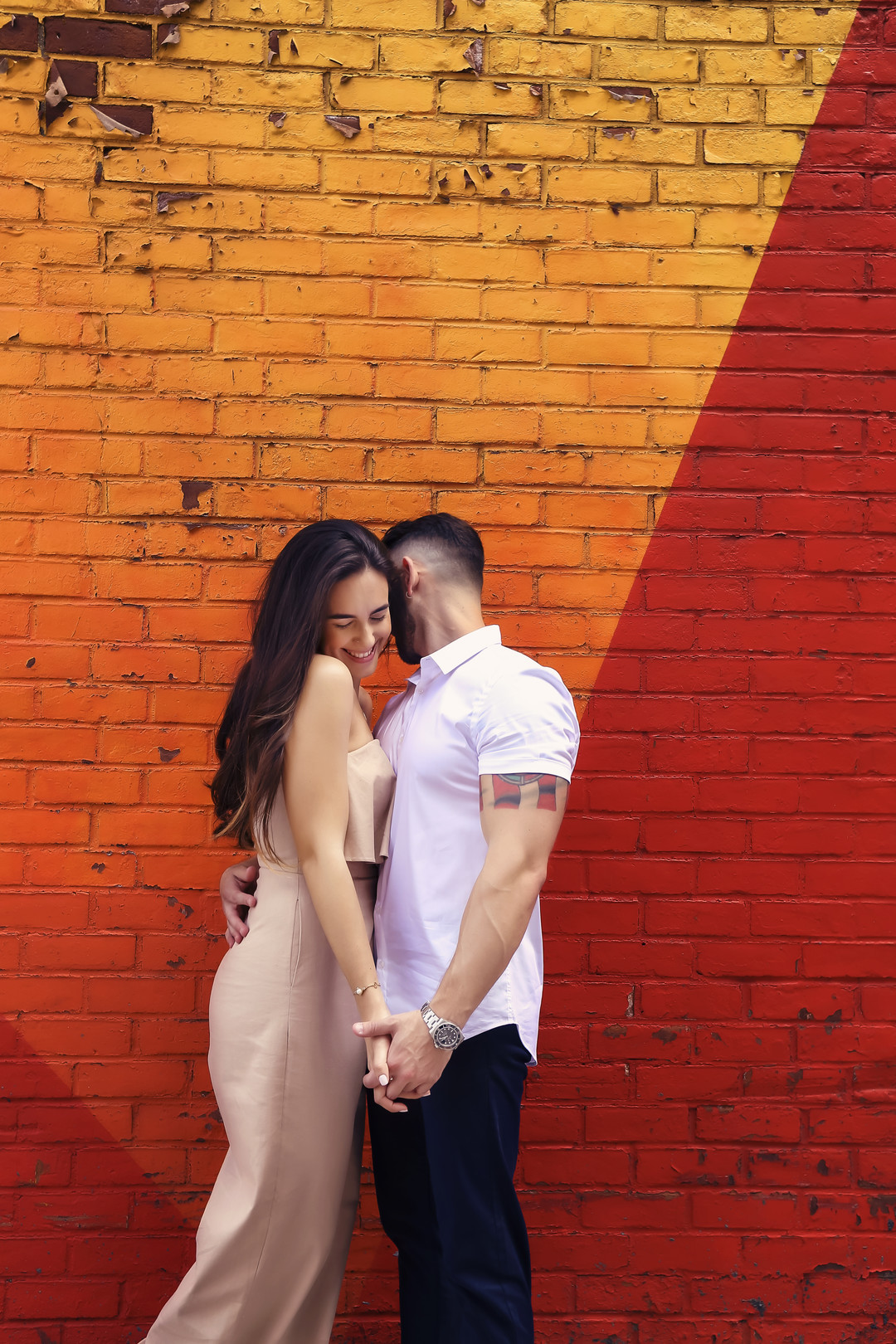 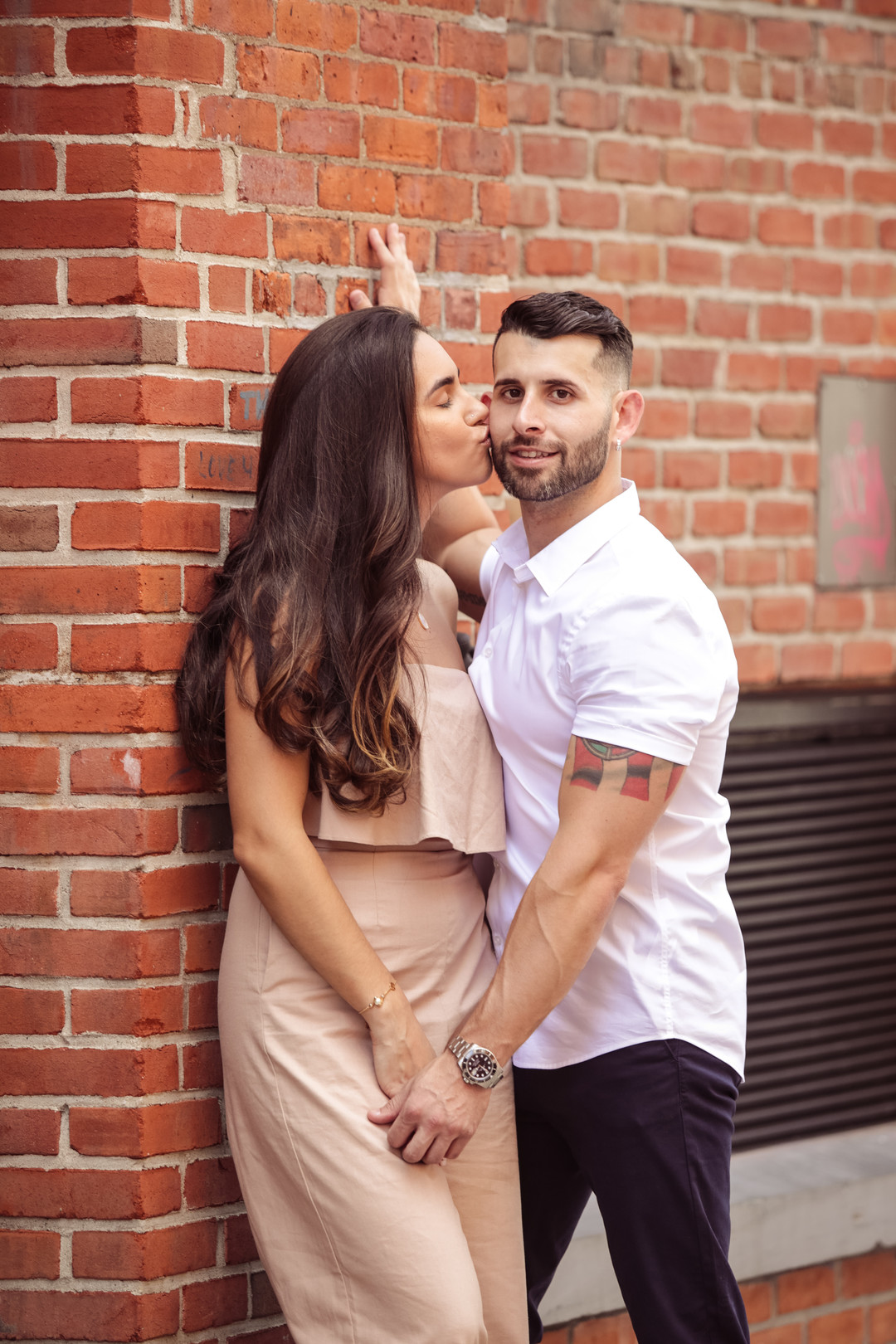 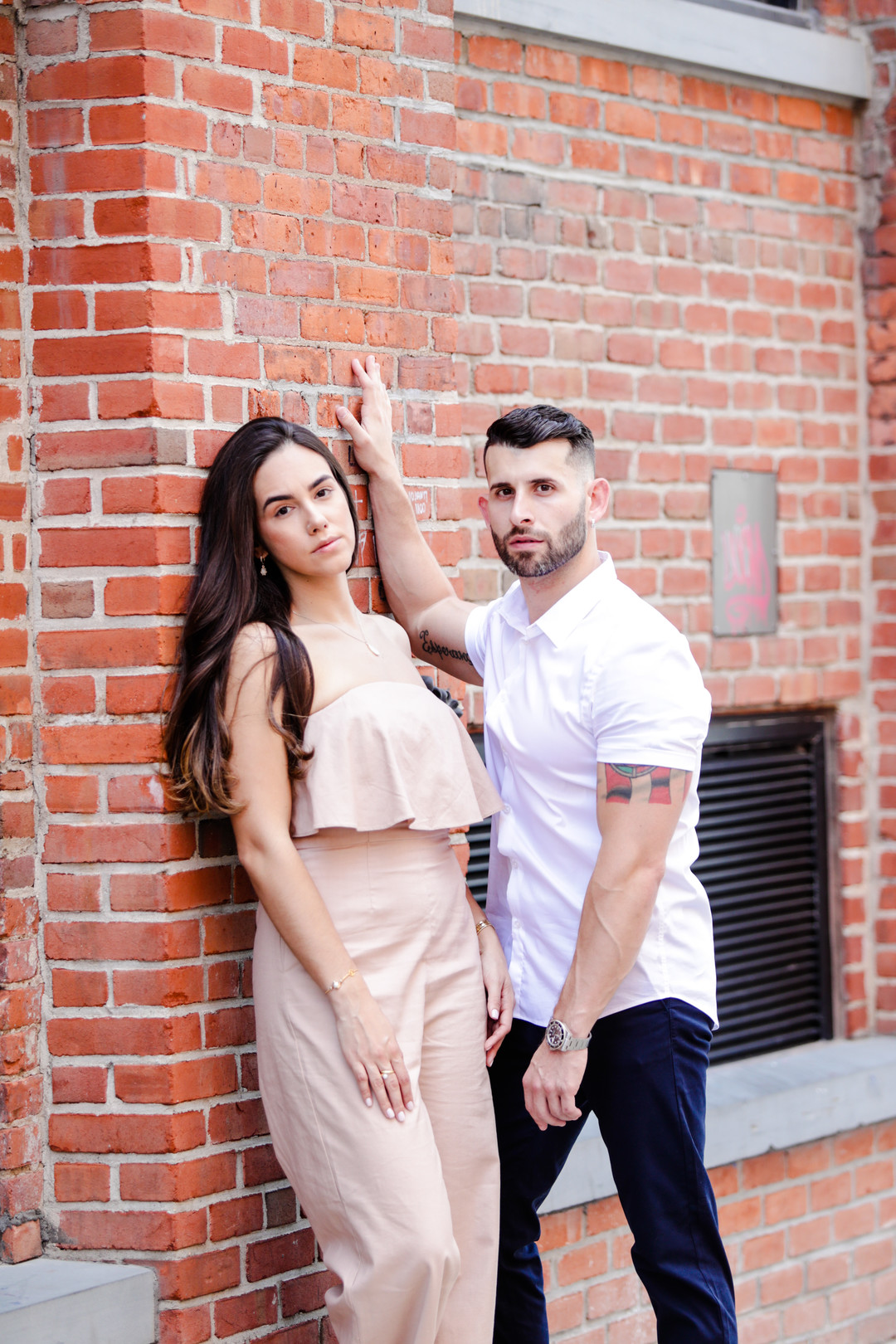 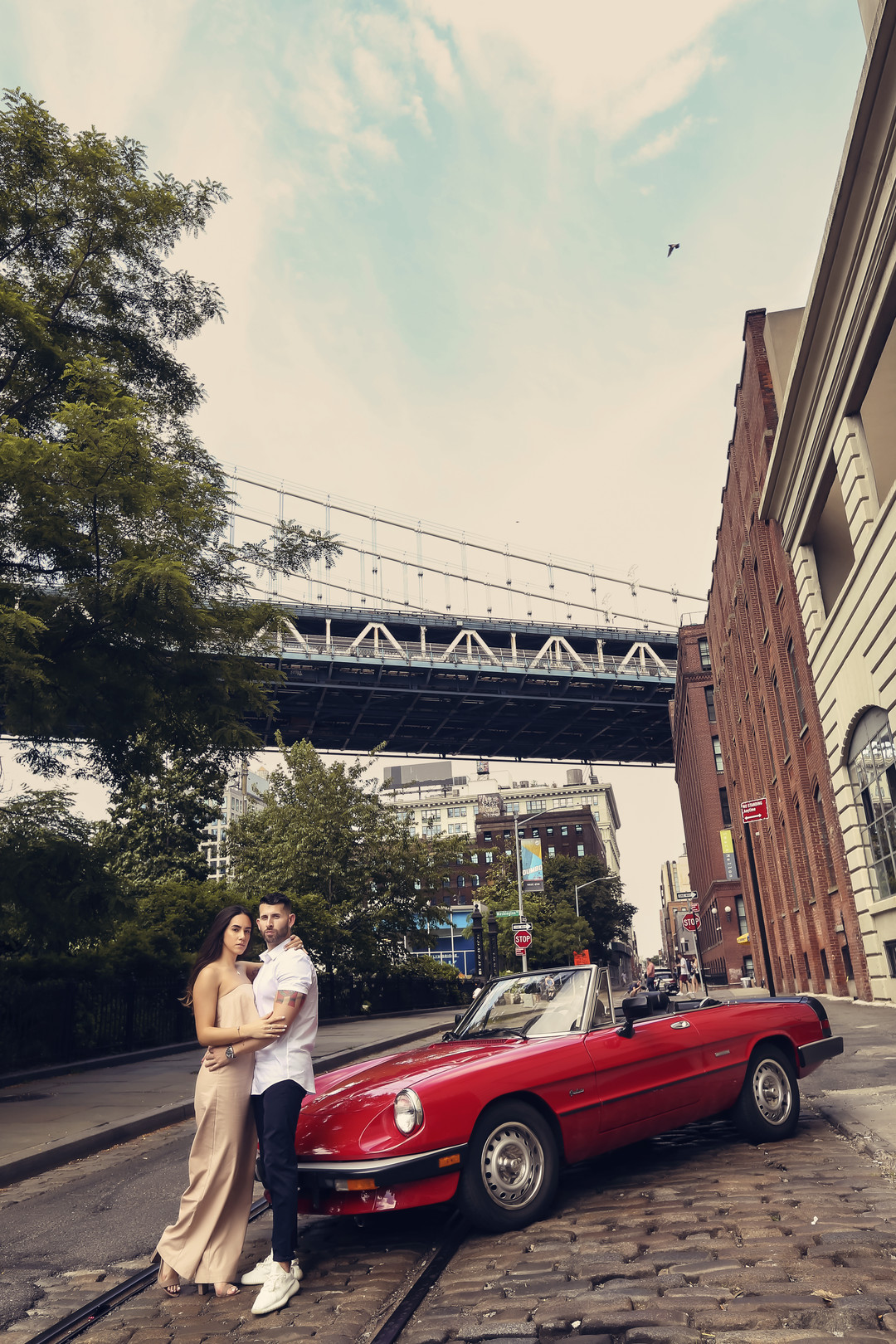 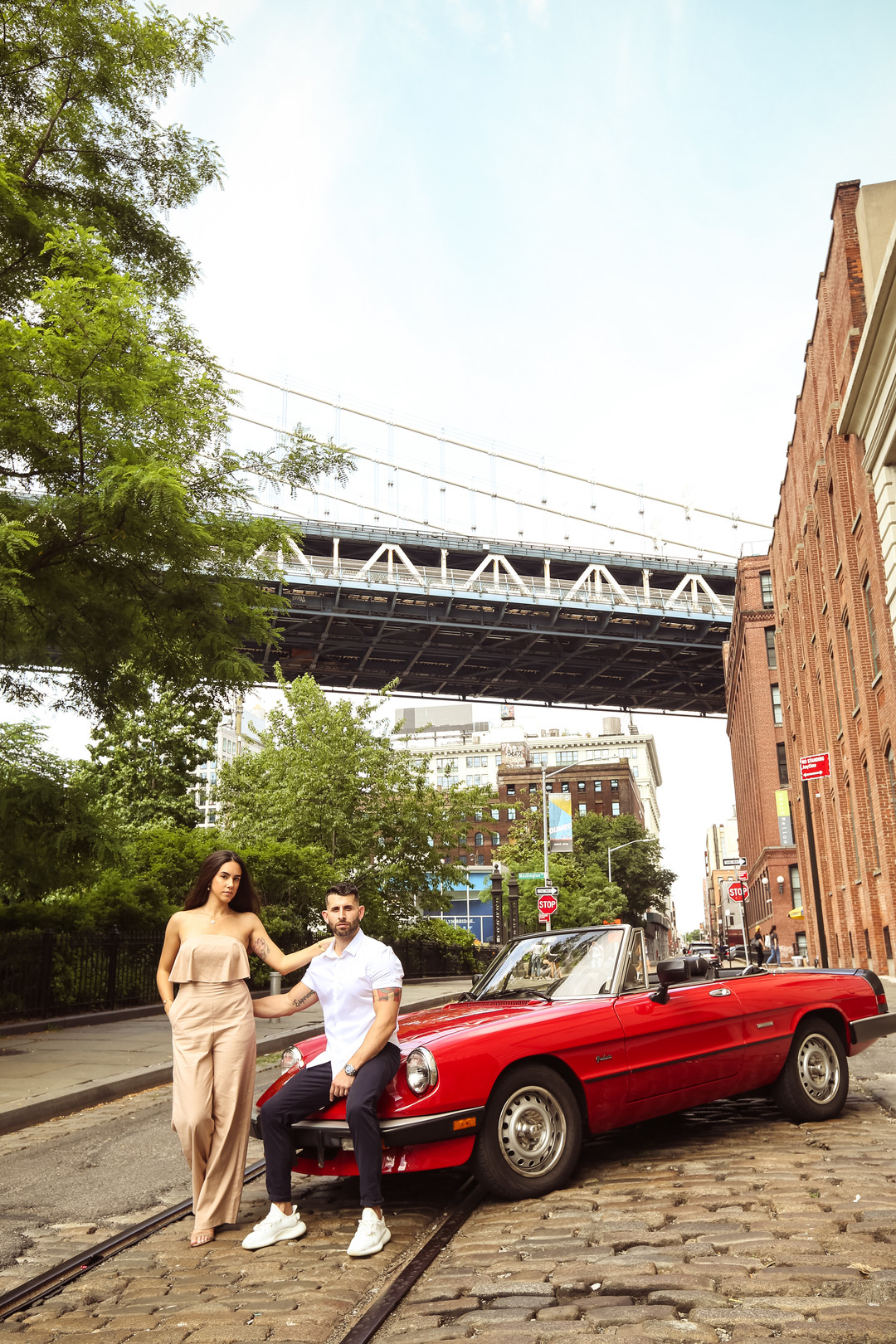 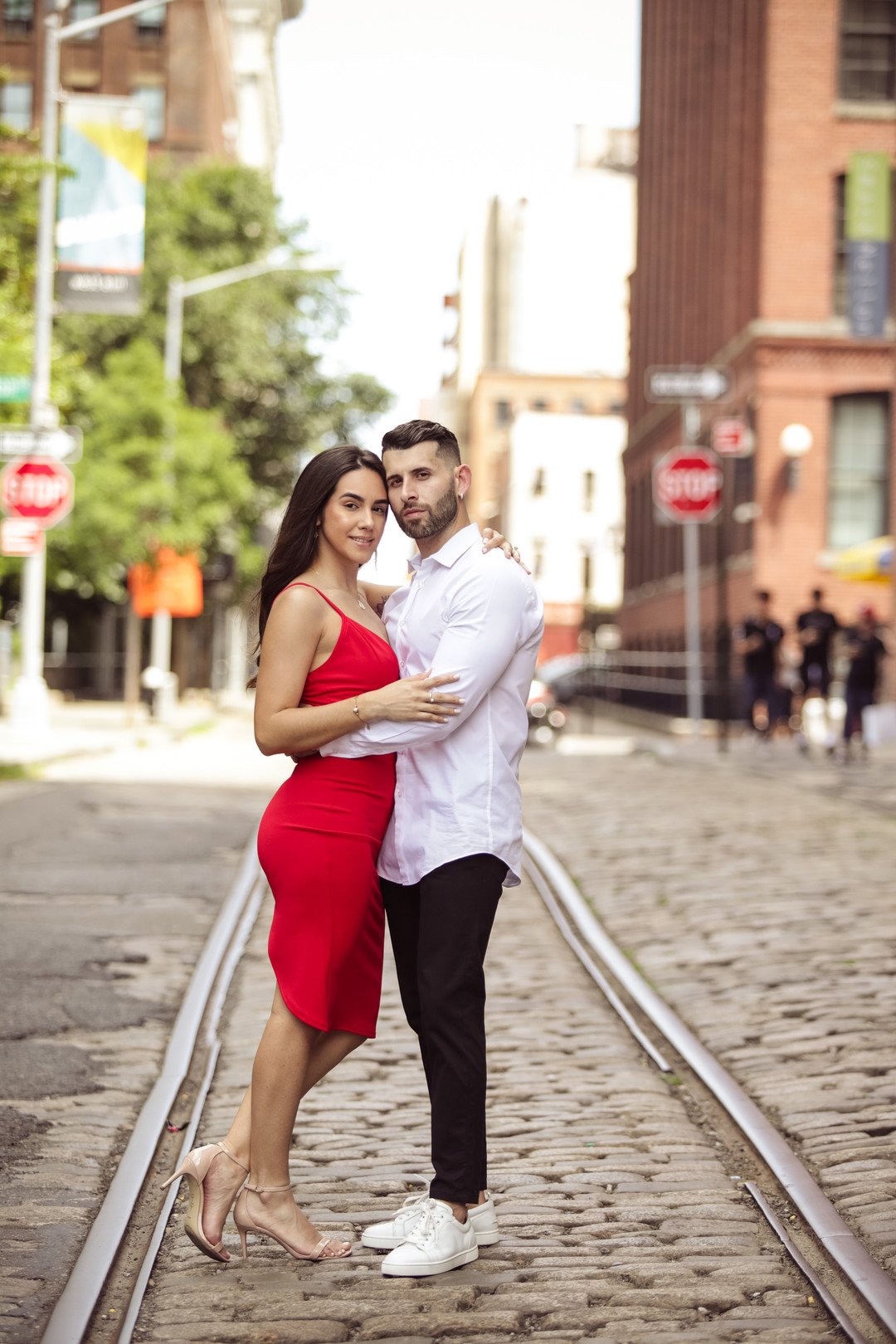 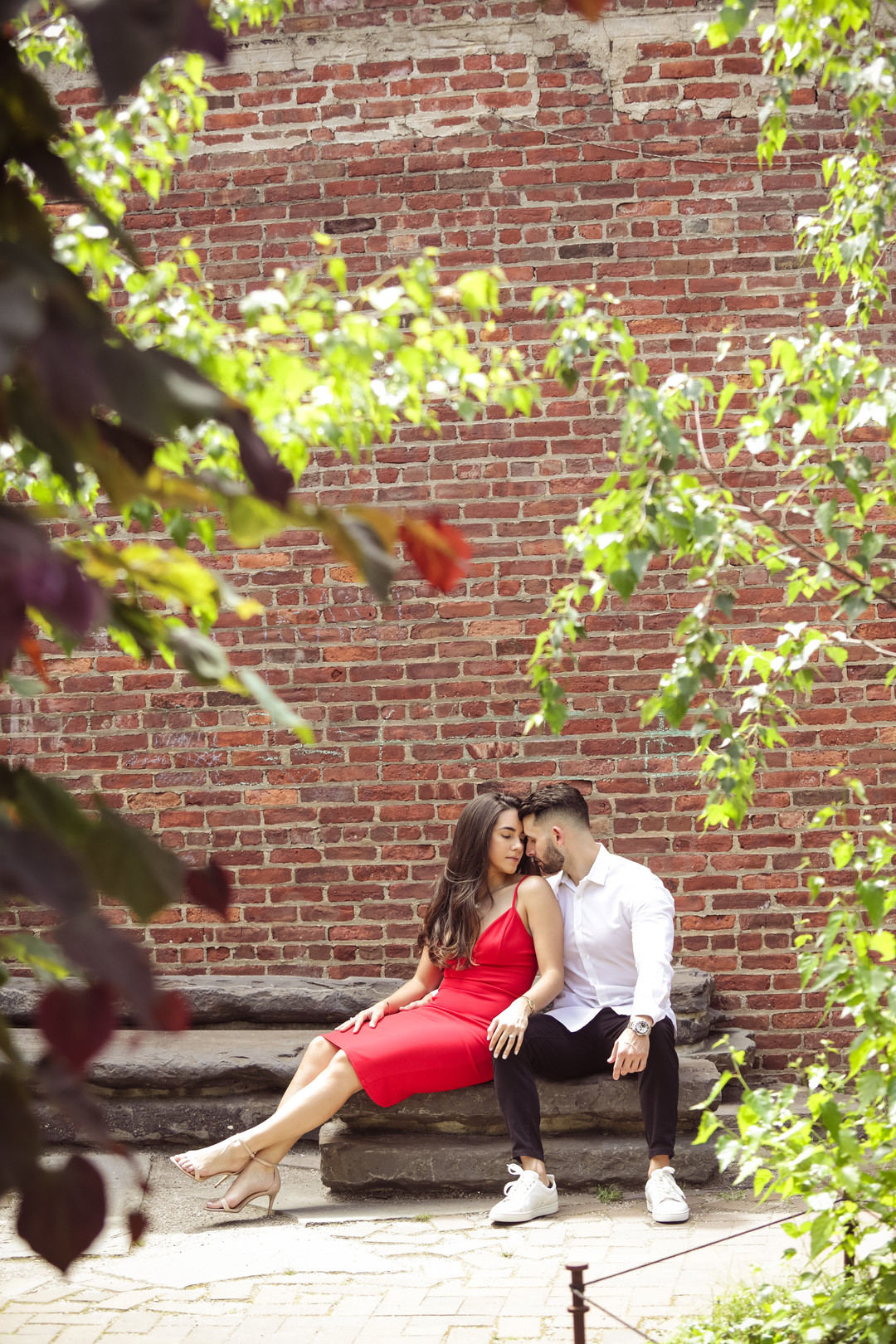 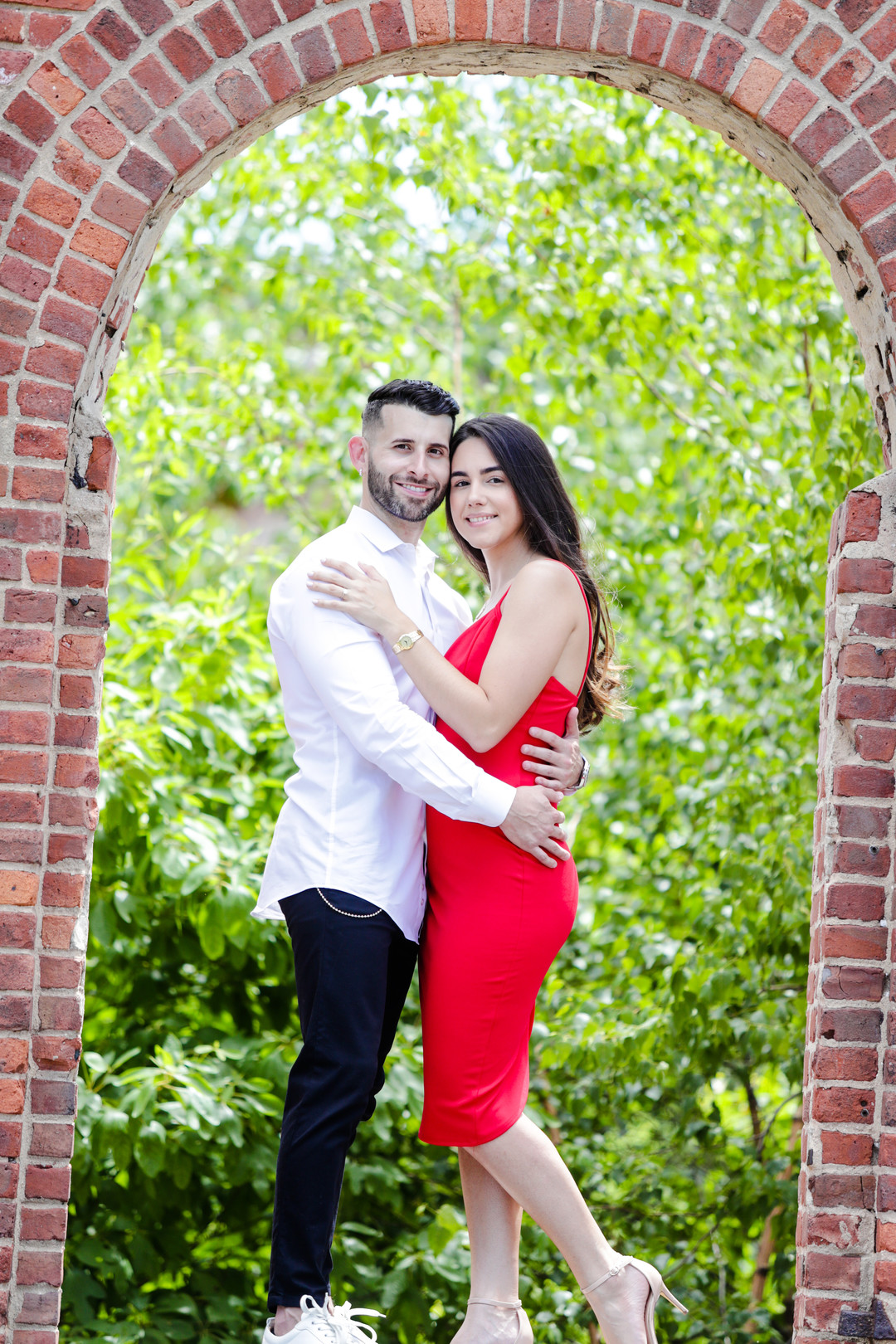 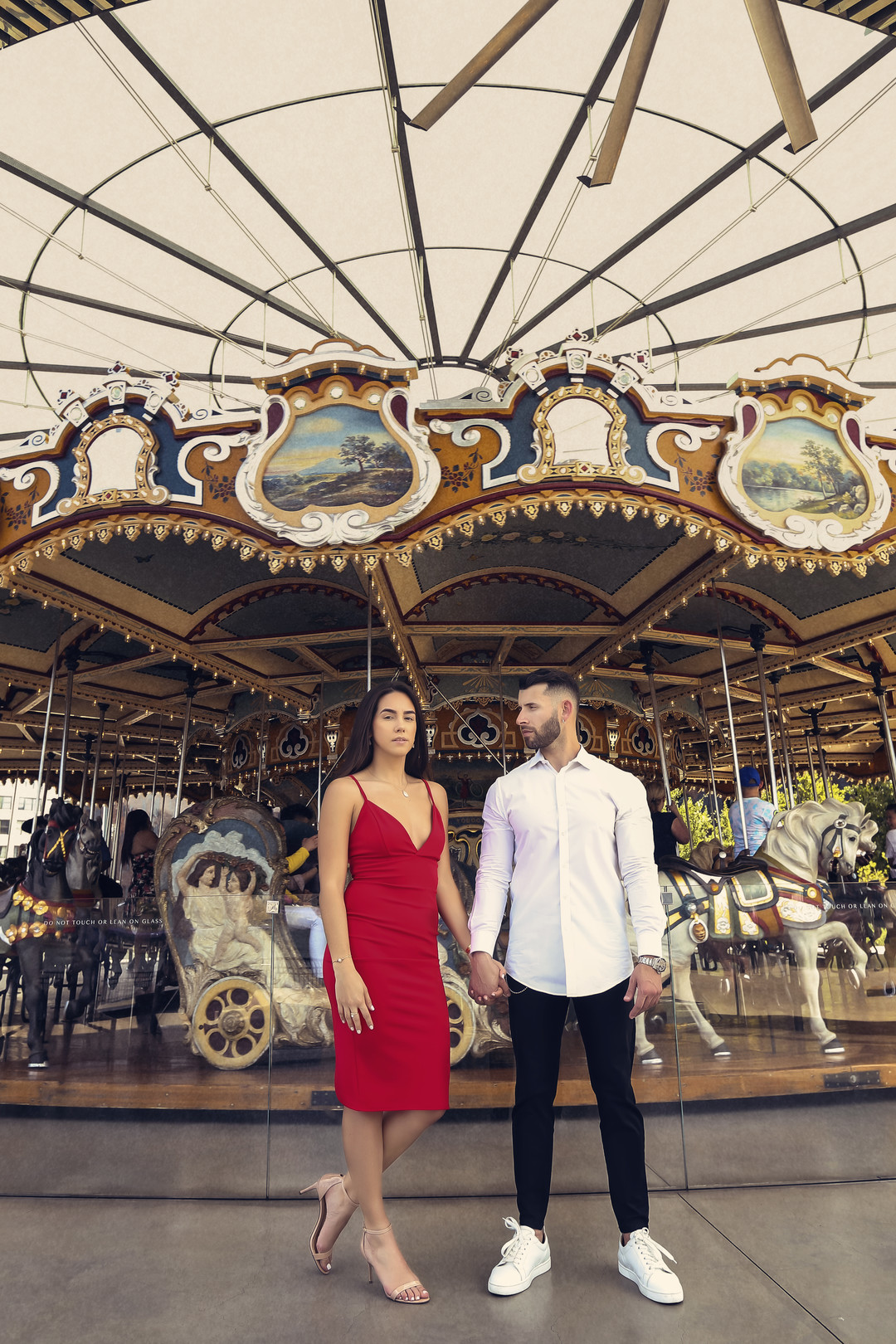 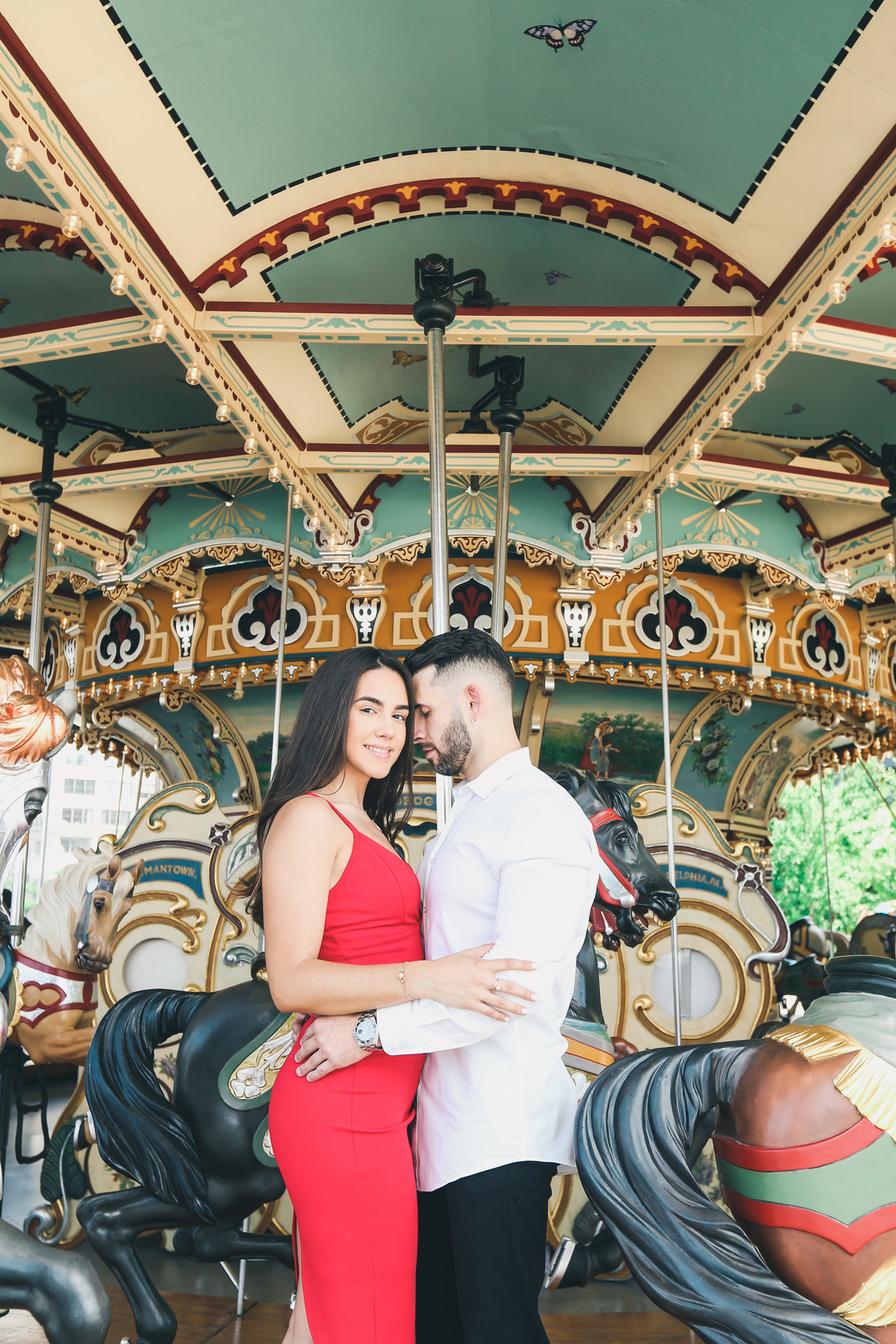 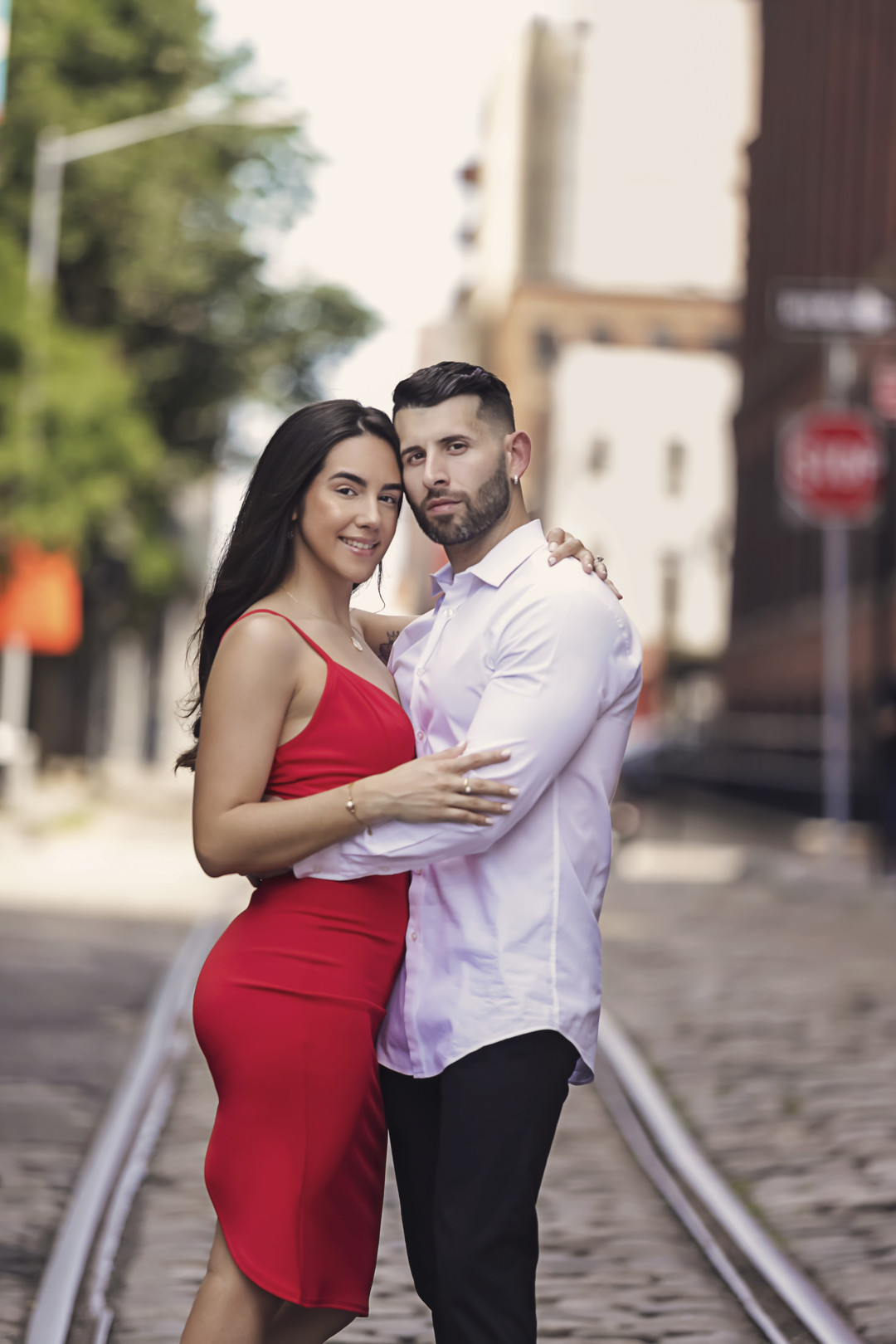 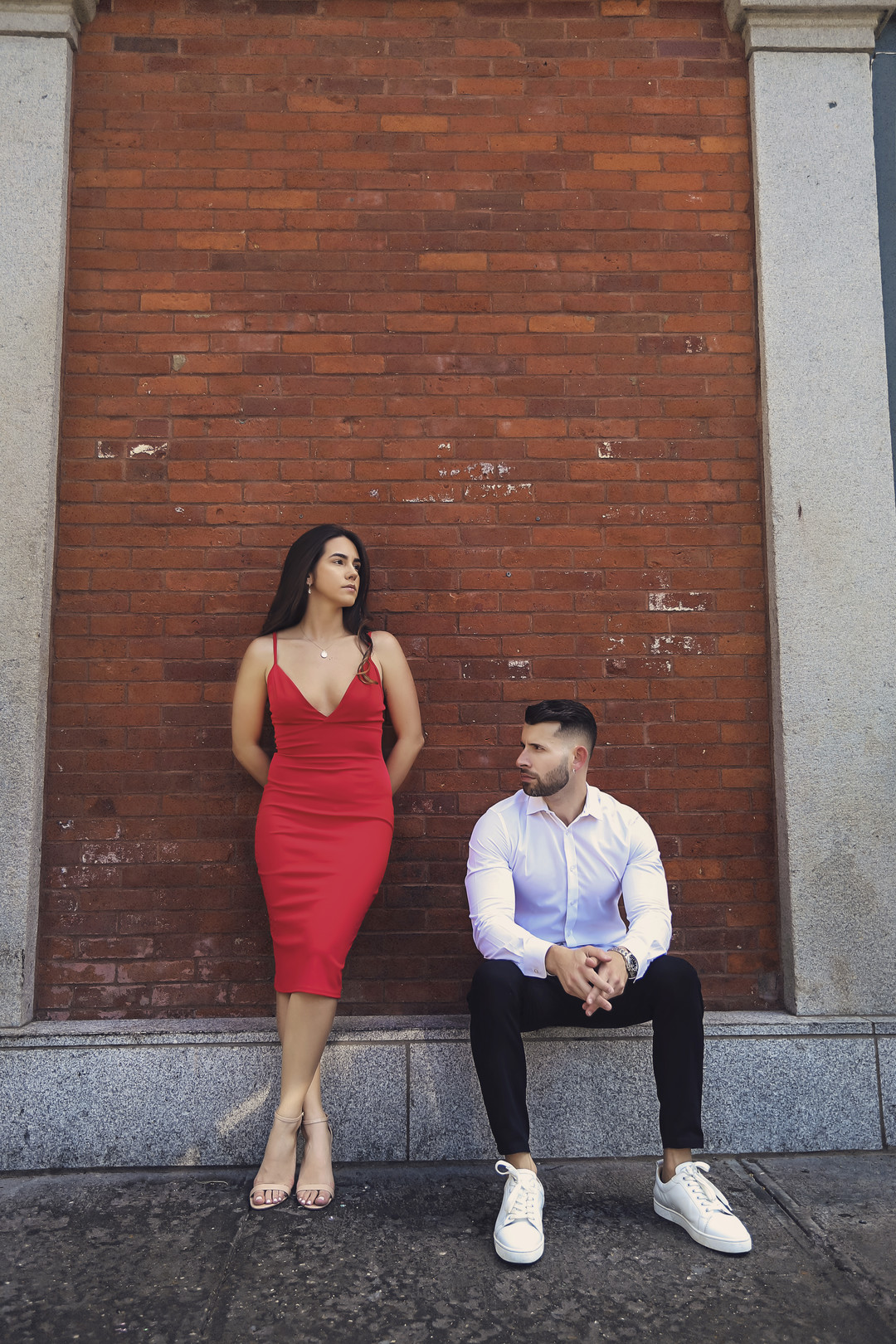 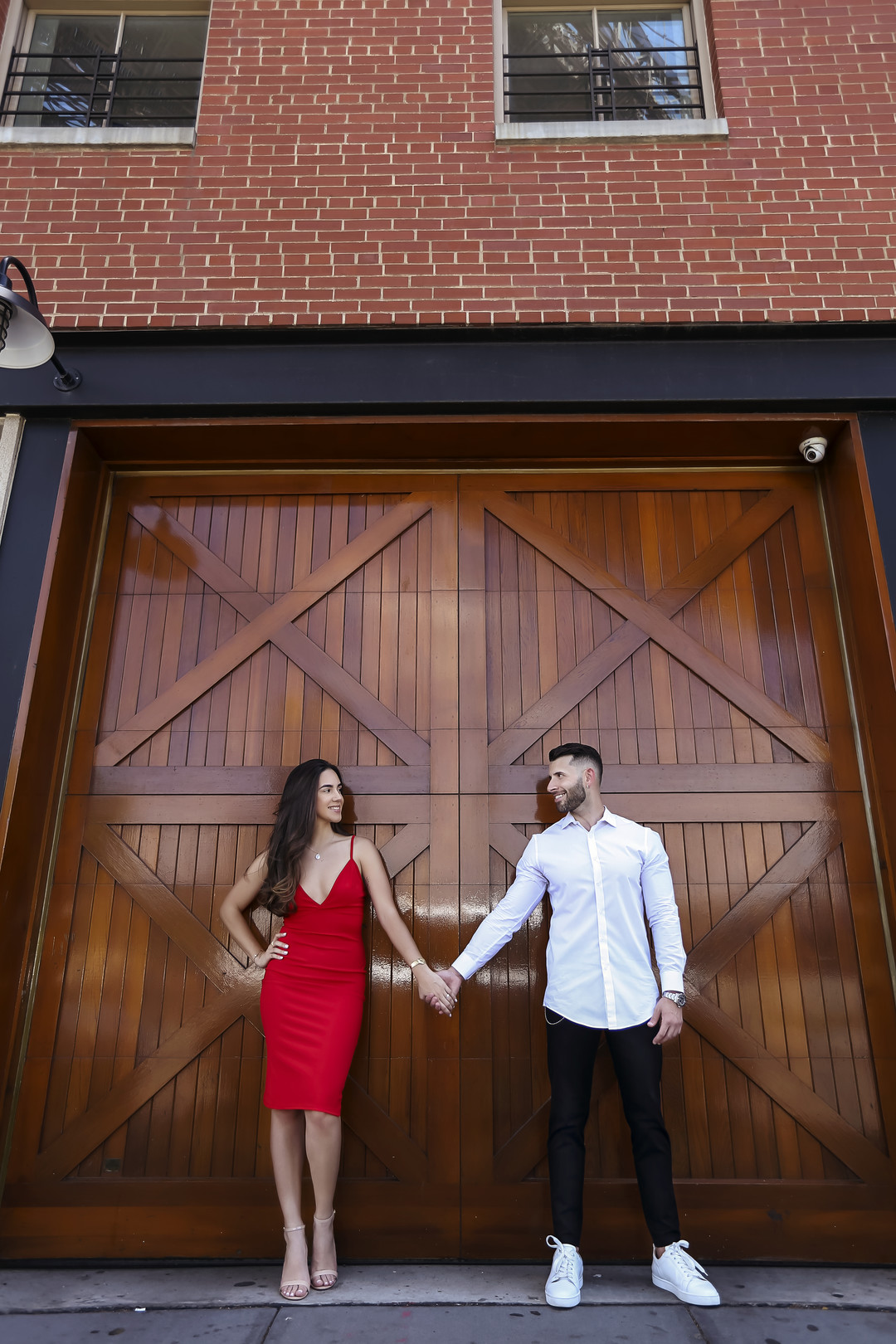 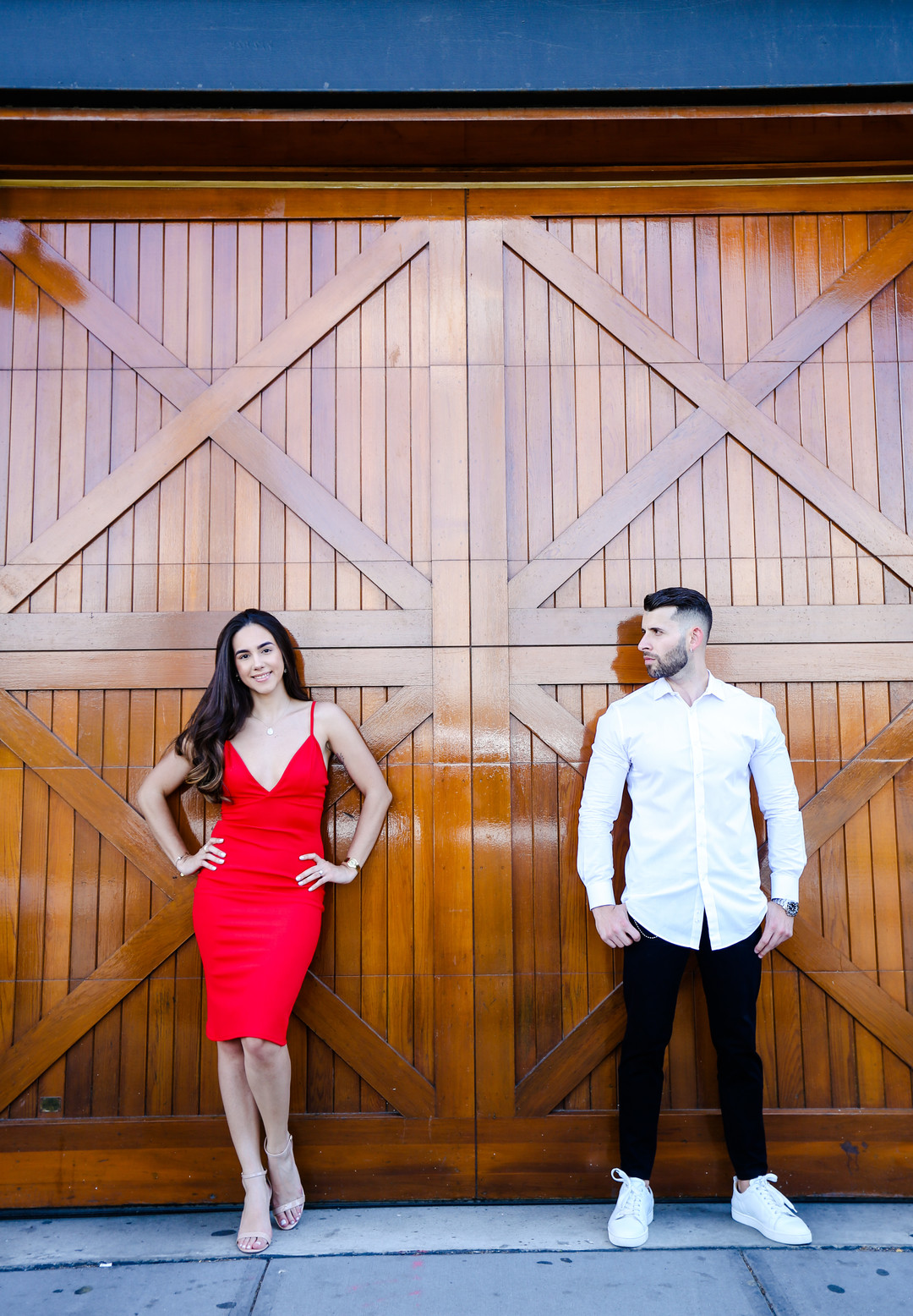 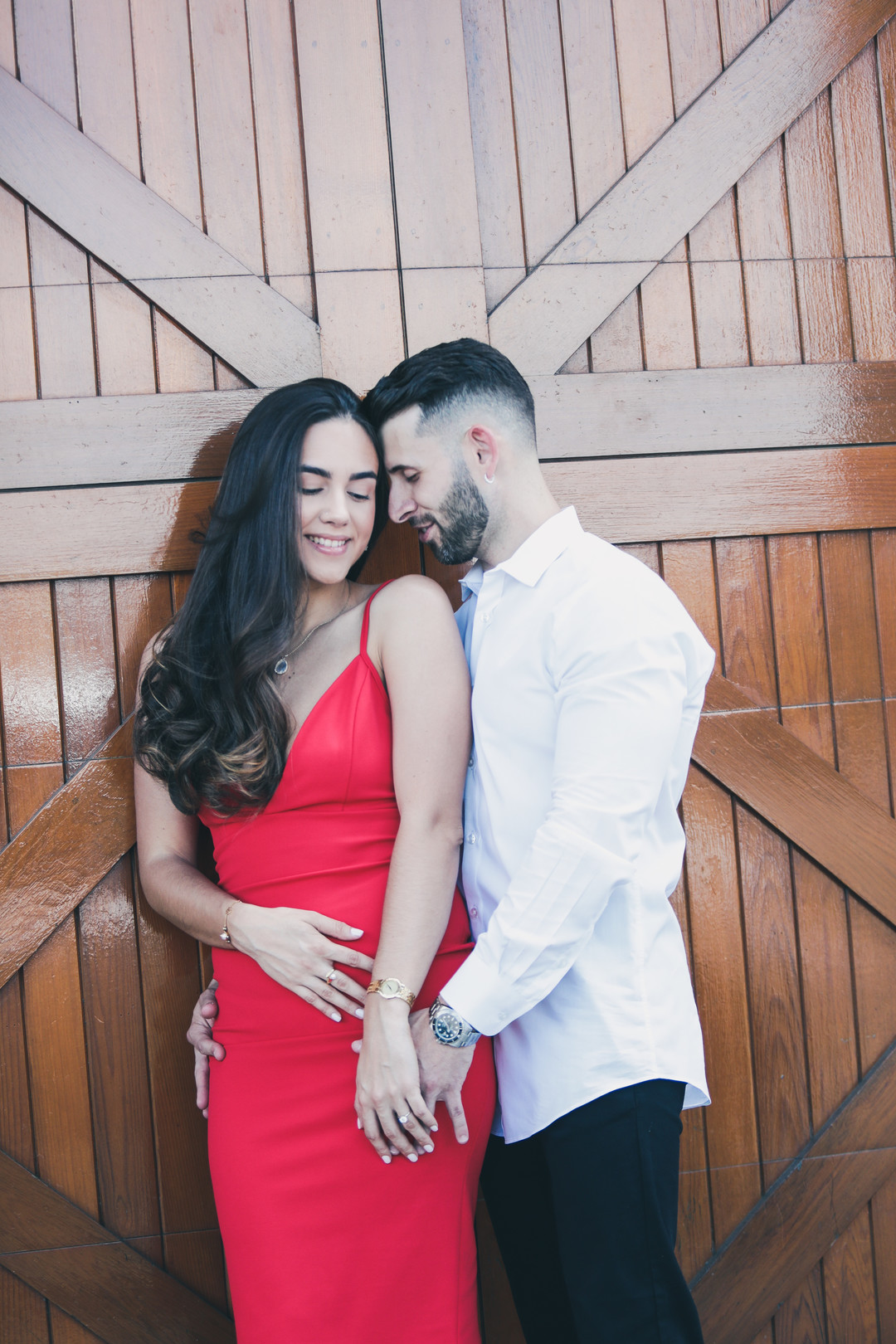 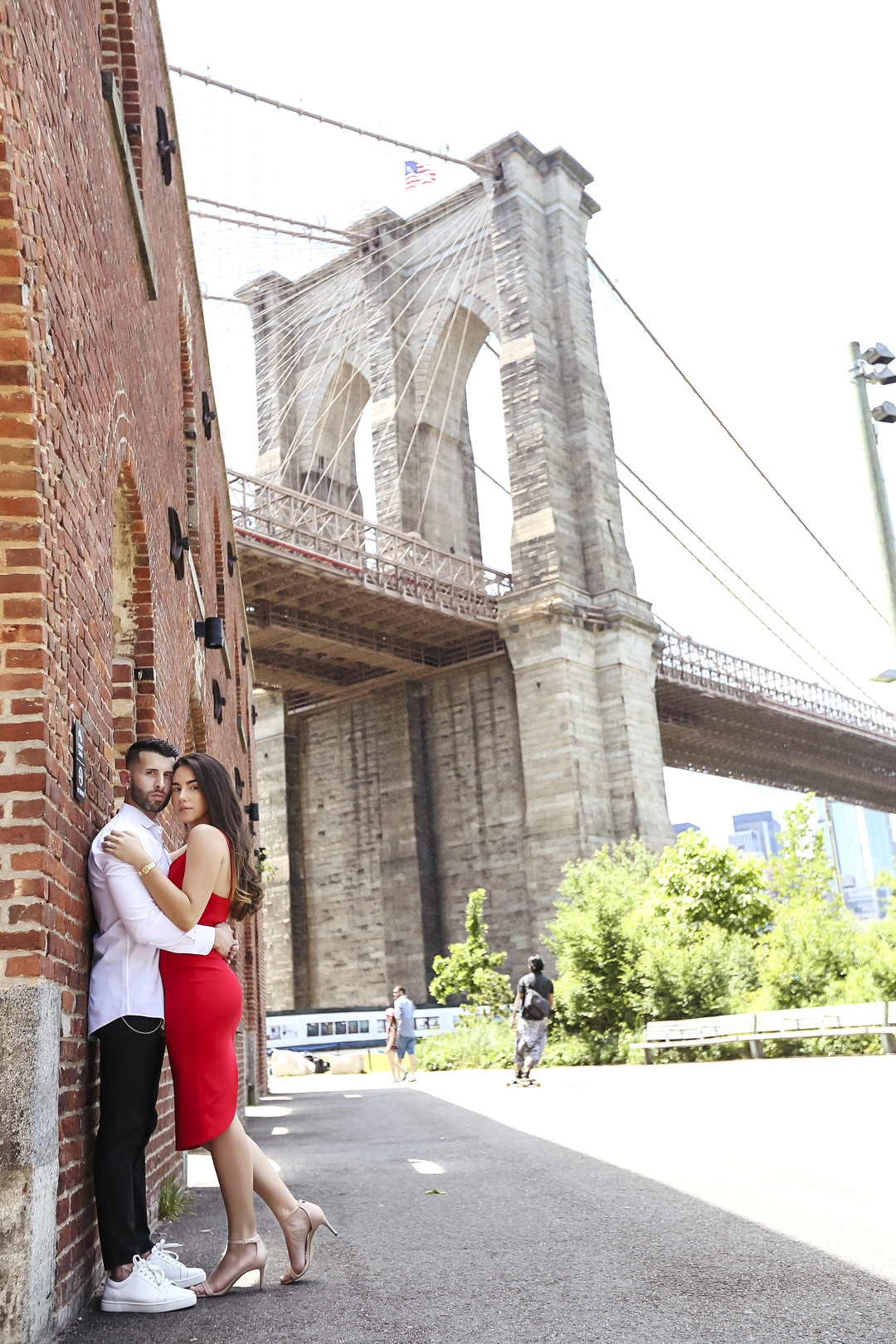 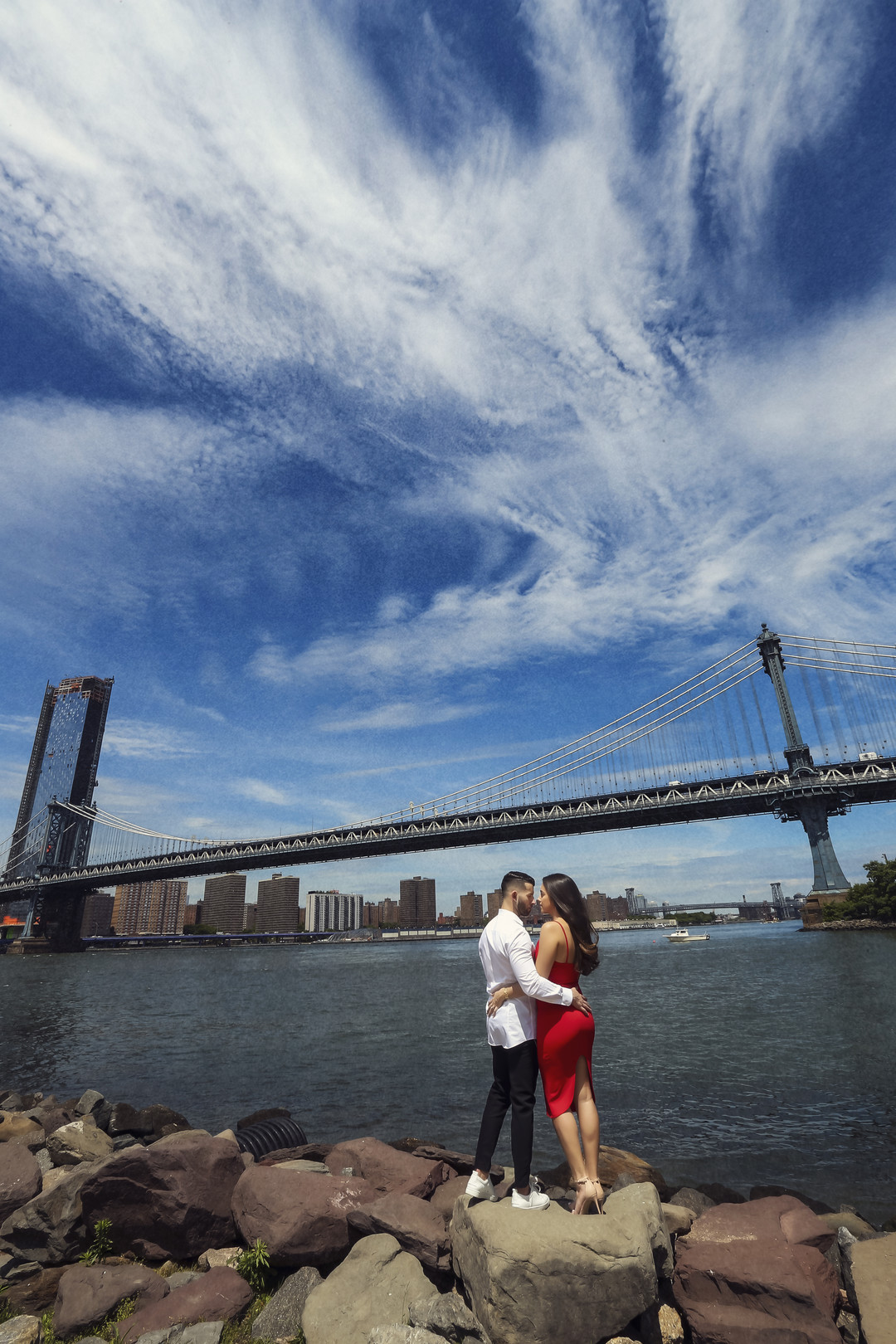 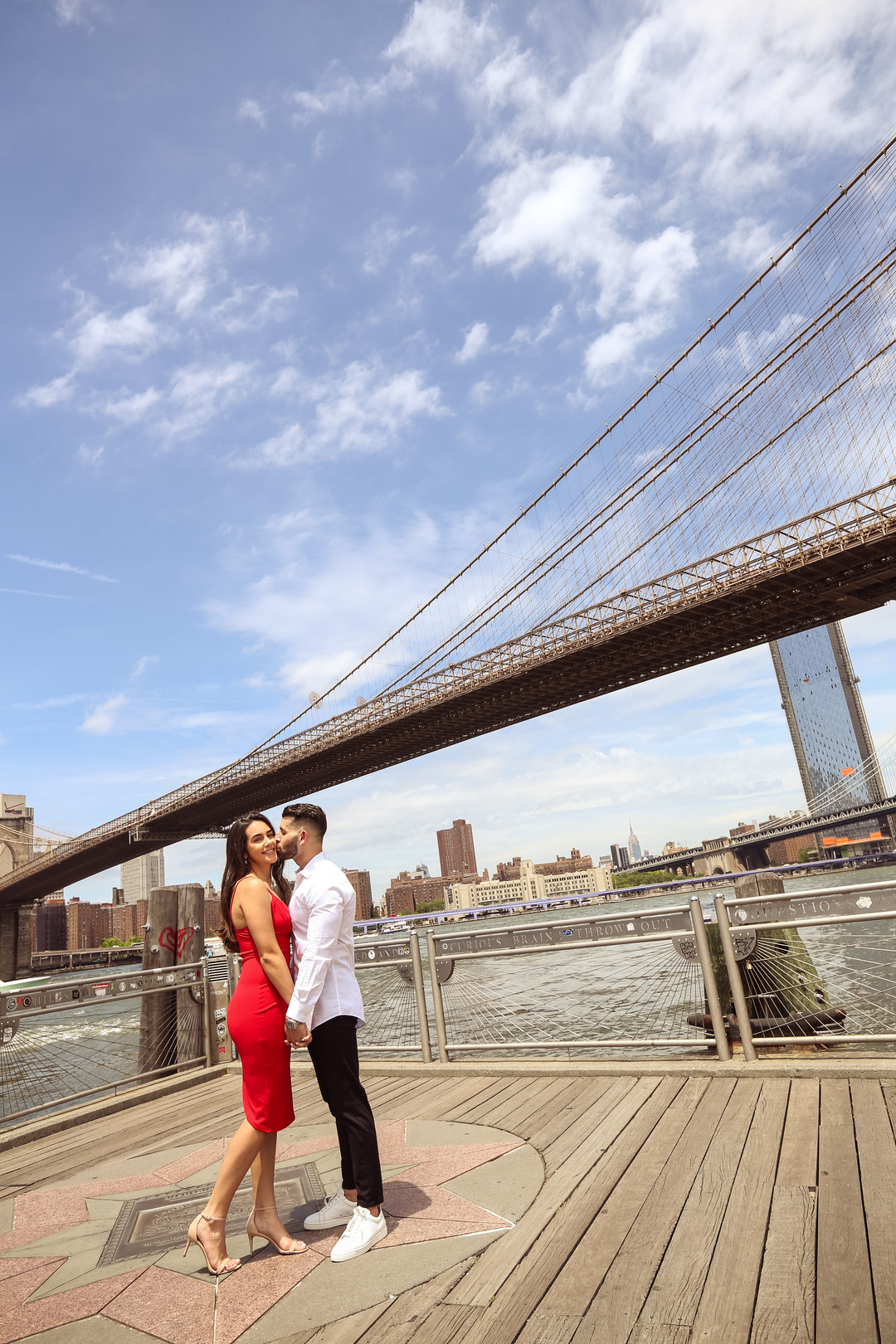