Corey and I met through a mutual friend about 6 years ago.  If you are familiar with the movie called the “The Five Heartbeats”, two of the characters had a game they would play to pick up girls and it was called  “Shy Brother”.  In the game of “Shy Brother”, one guy would send over their friend to the girl of interest and put in a good word on the other’s behalf.   Well, what can I say it worked and now we are soon to be husband and wife.

About the Engagement Shoot

Interesting fact about the emerald gown that I wore in our engagement shoot.  I actually wore that dress to my friend’s  wedding in Vegas and I caught the bouquet, so how appropriate was this opportunity to wear it again.    And the other fit was inspired from Jay Z and Beyonce’s “On the Run” video.

When Corey and I first started dating I would refer to myself as “Just CHill”, basically saying I belong to him and only him.  So it was only natural that our wedding hashtag would be #Justchill2016.  Our wedding date is set for April 16,2016 in St. Thomas U.S.V.I and I must say that day can not come soon enough! 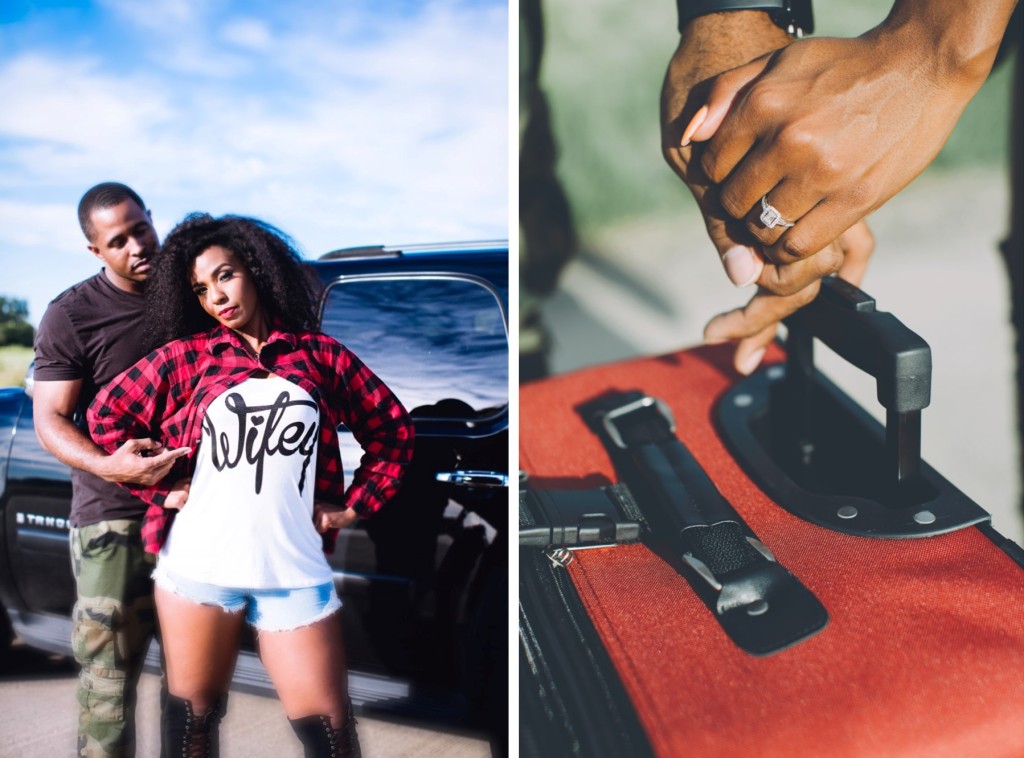 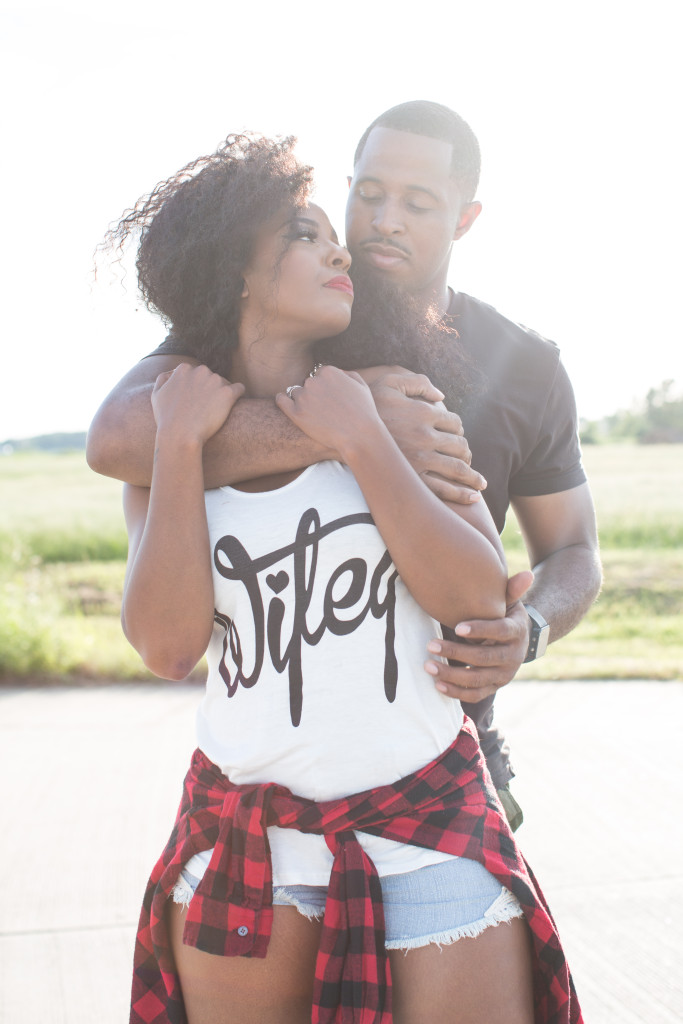 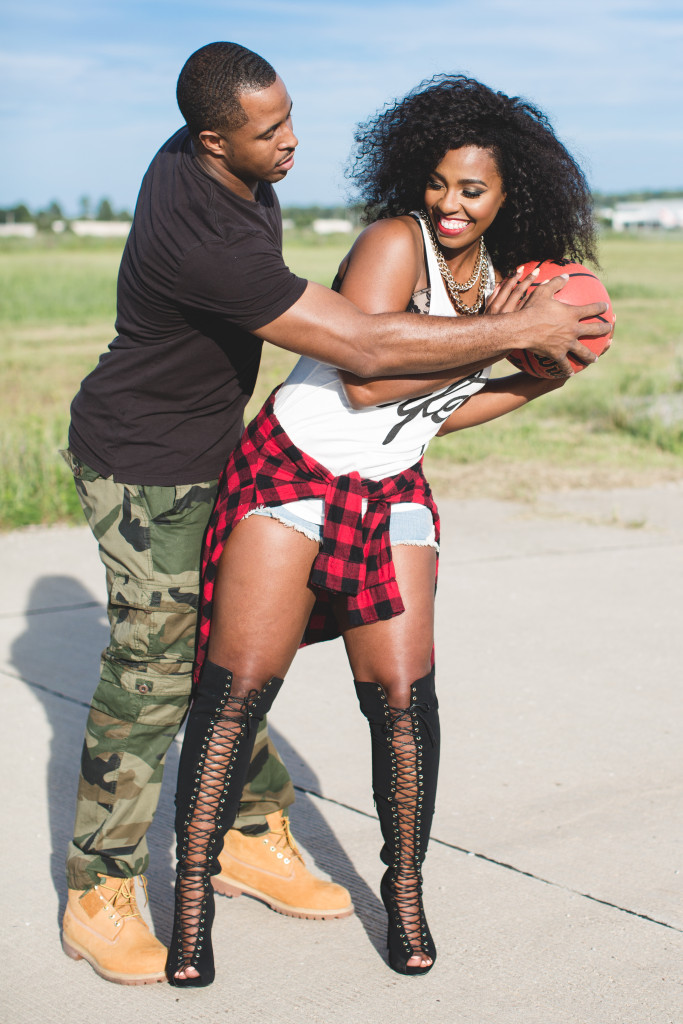 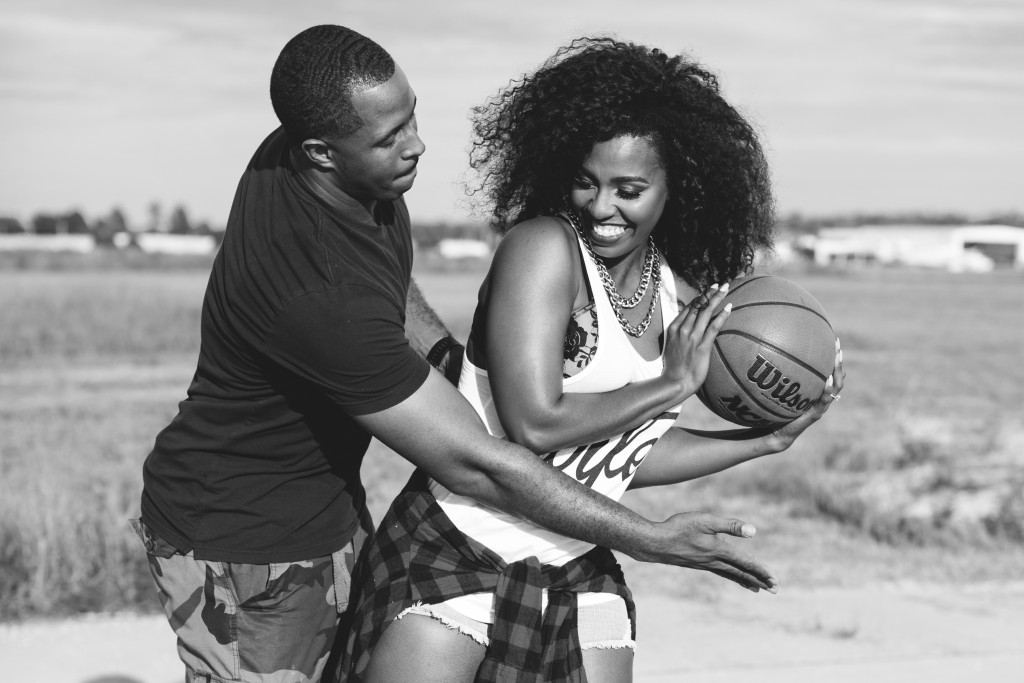 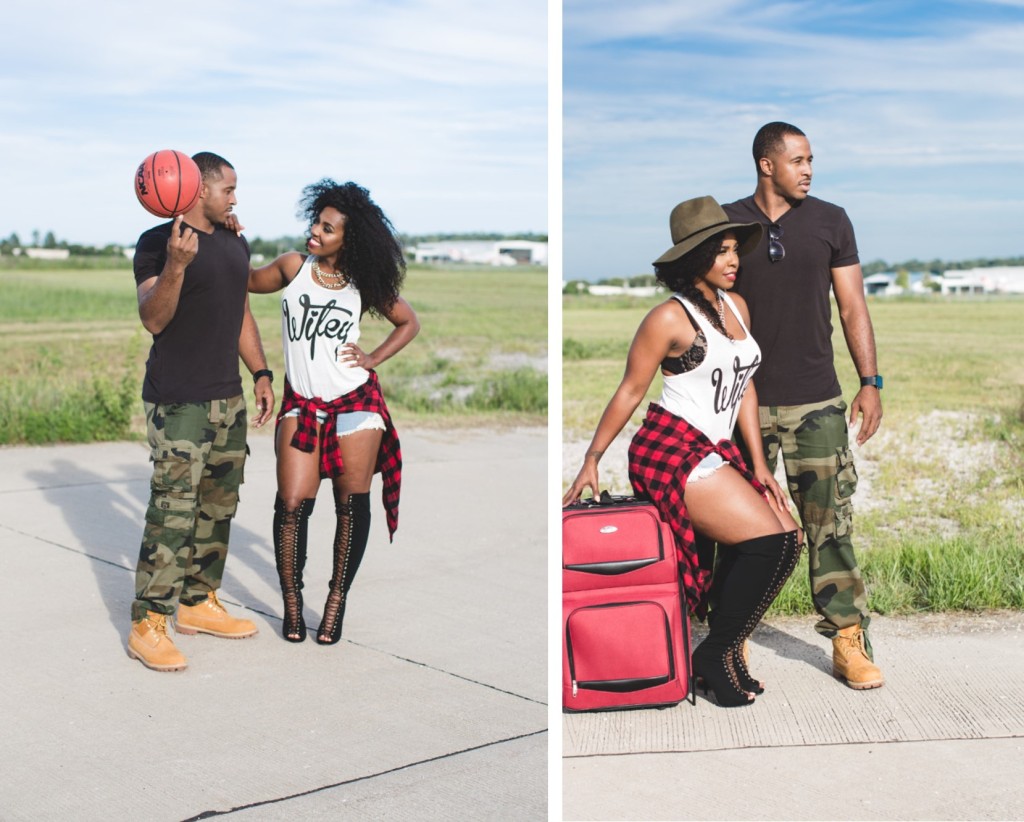 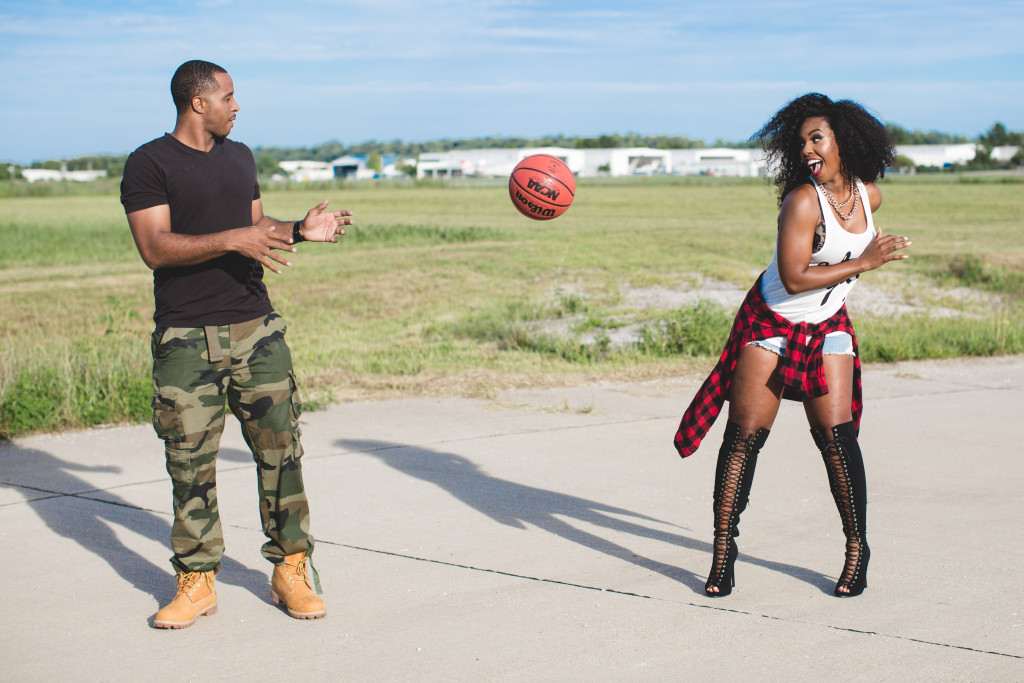 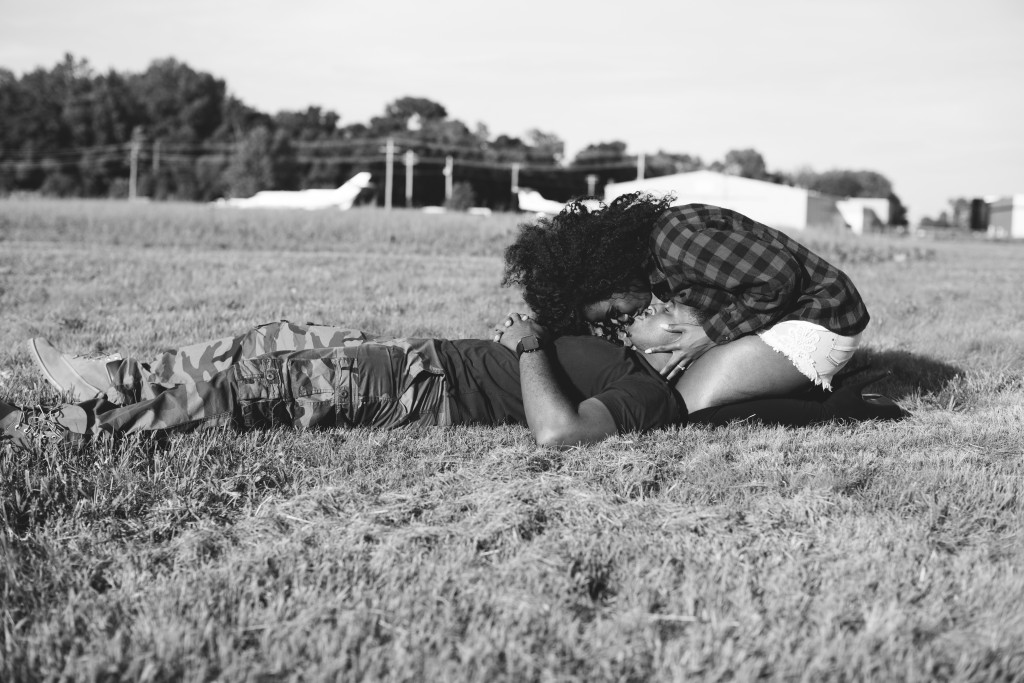 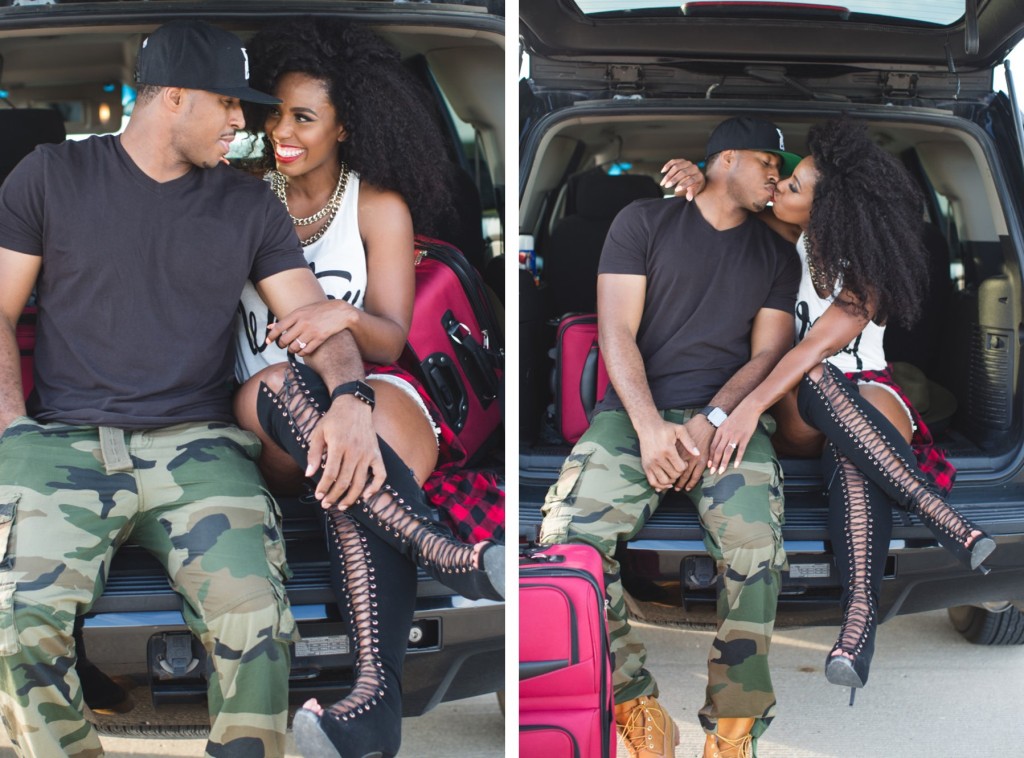 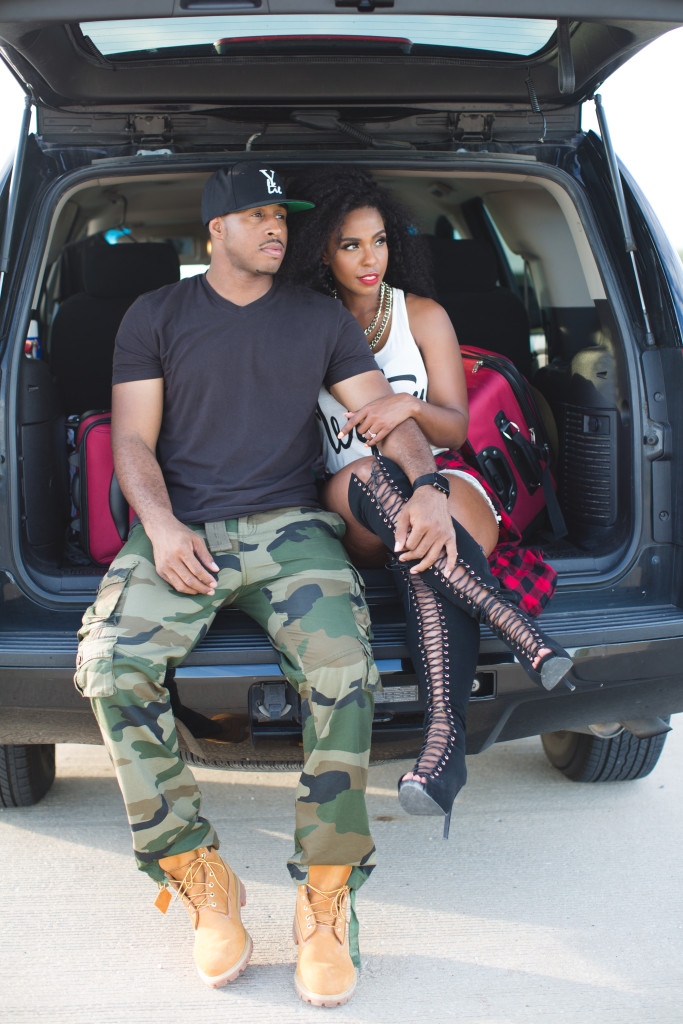 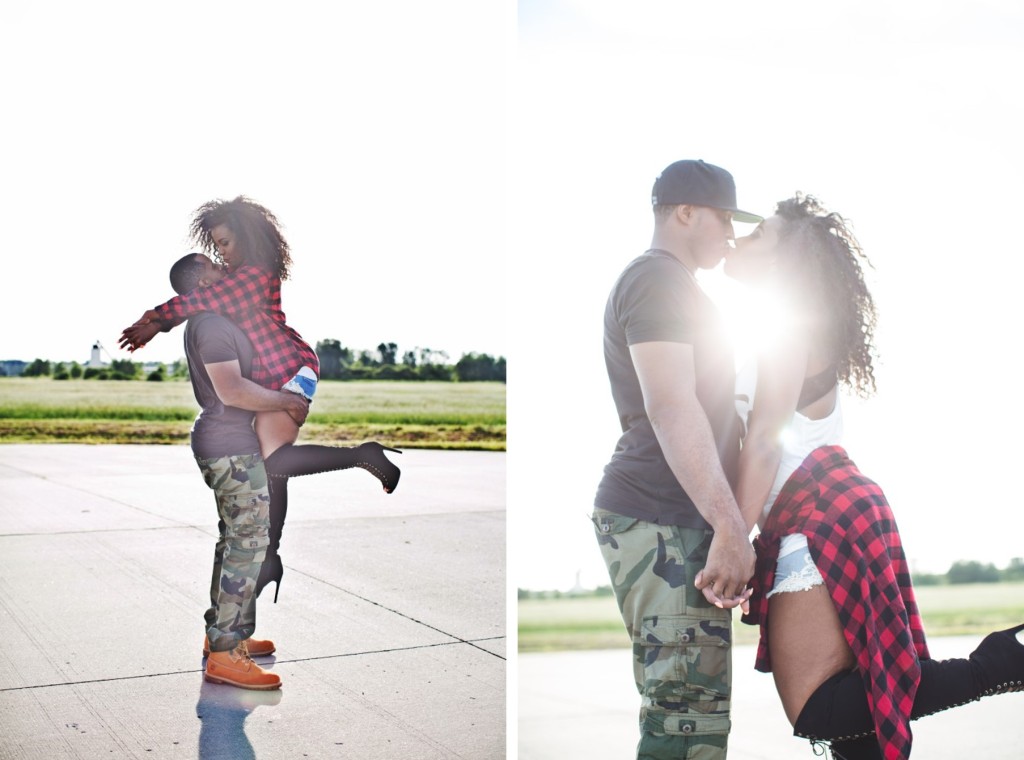 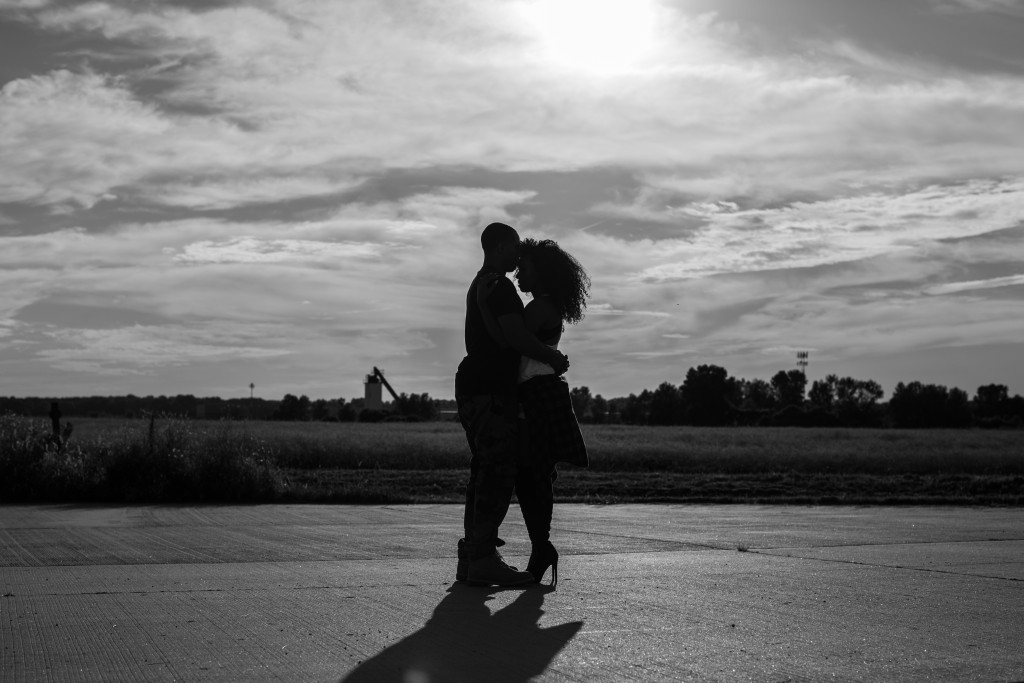 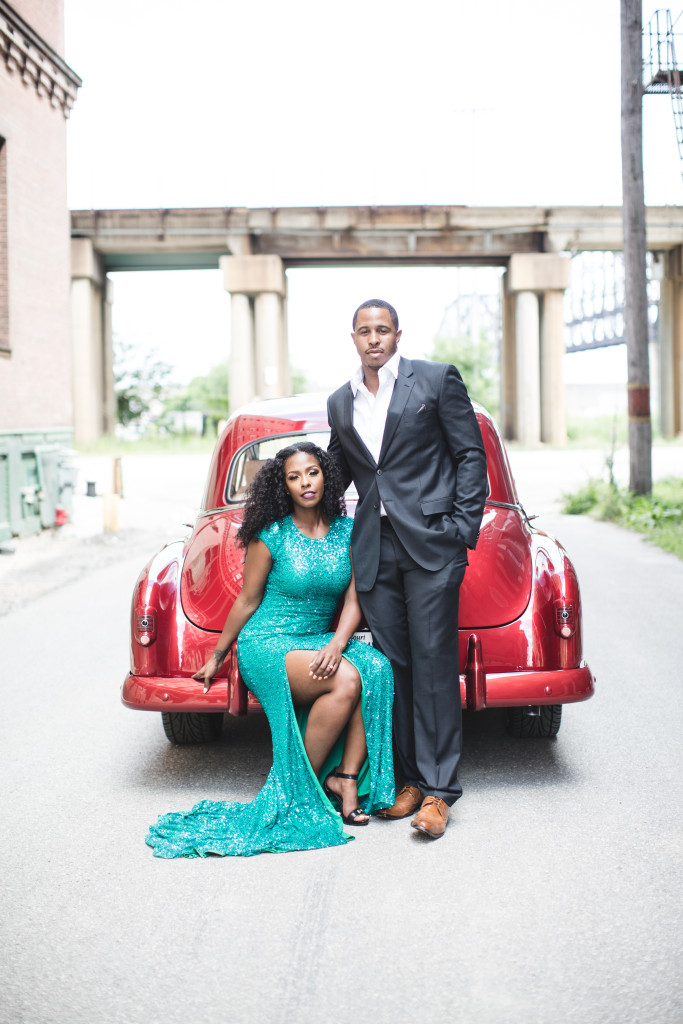 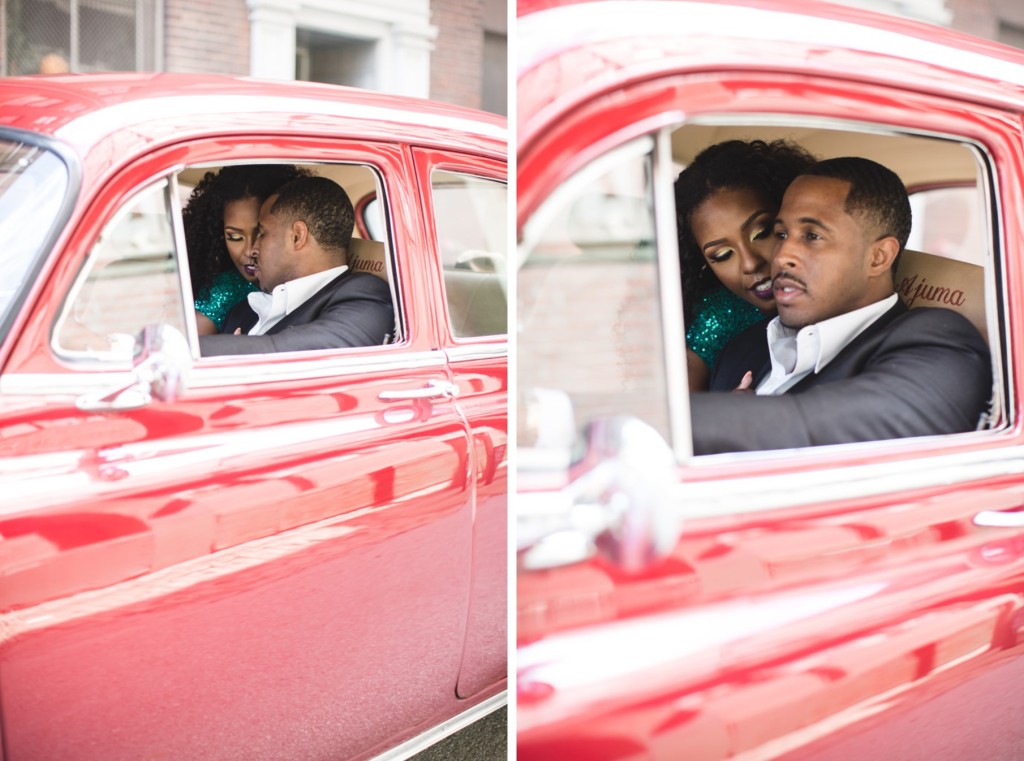 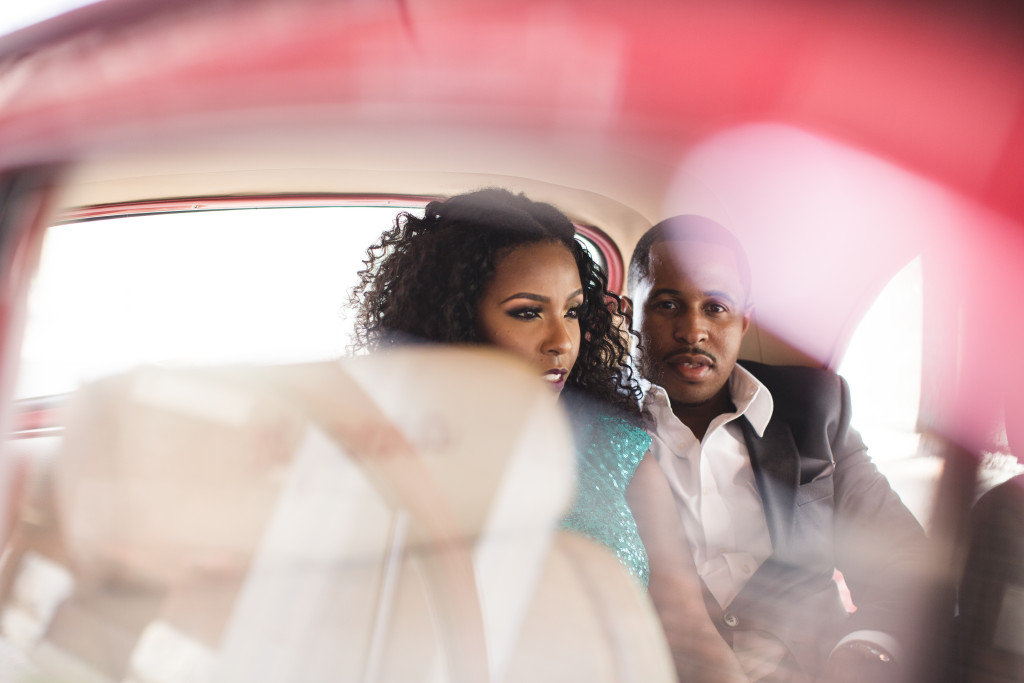 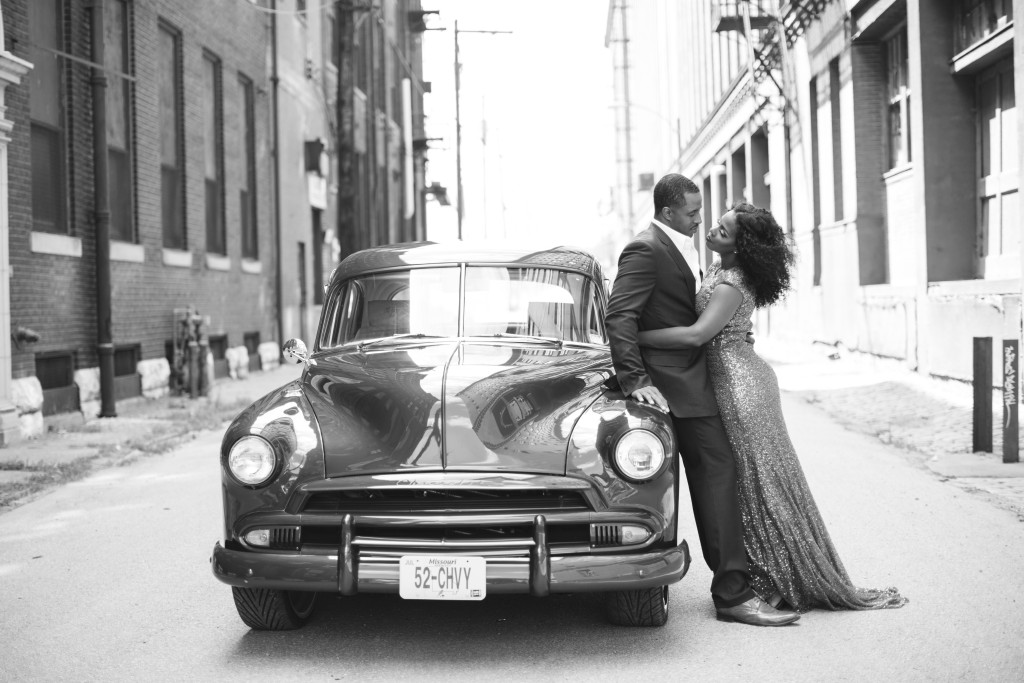 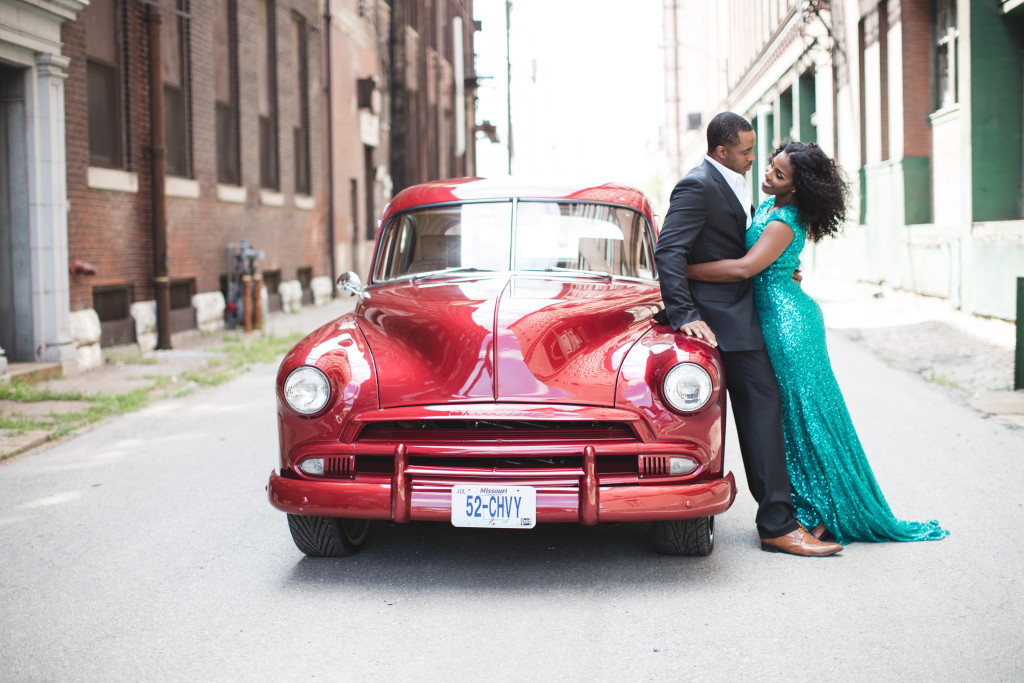 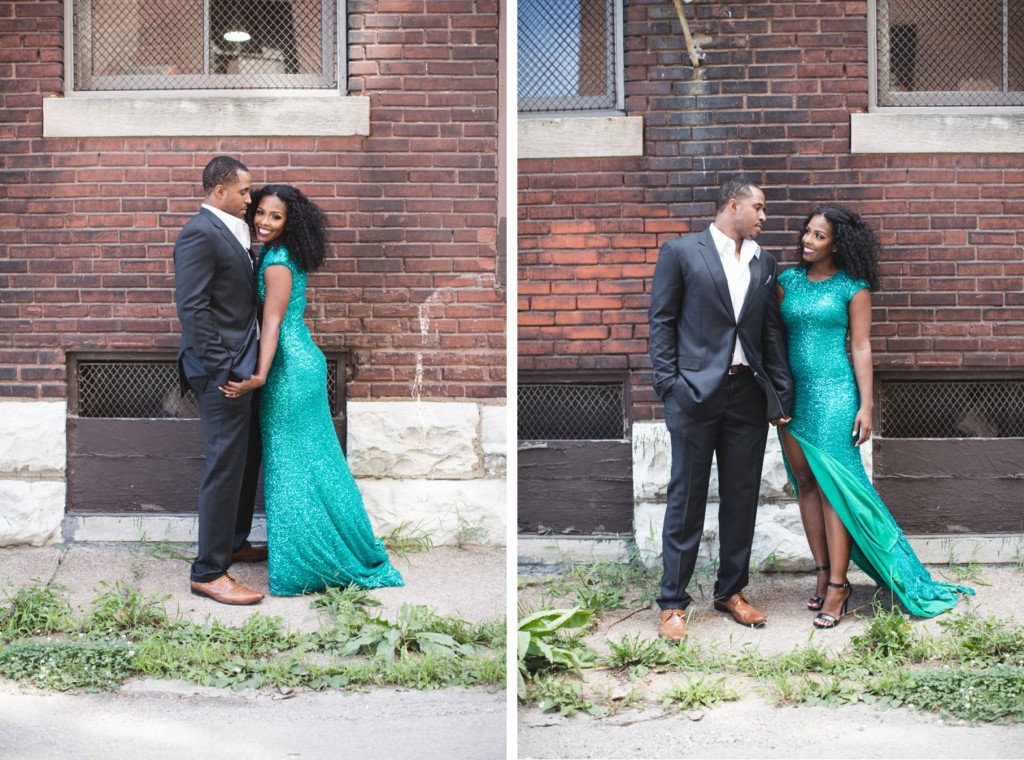 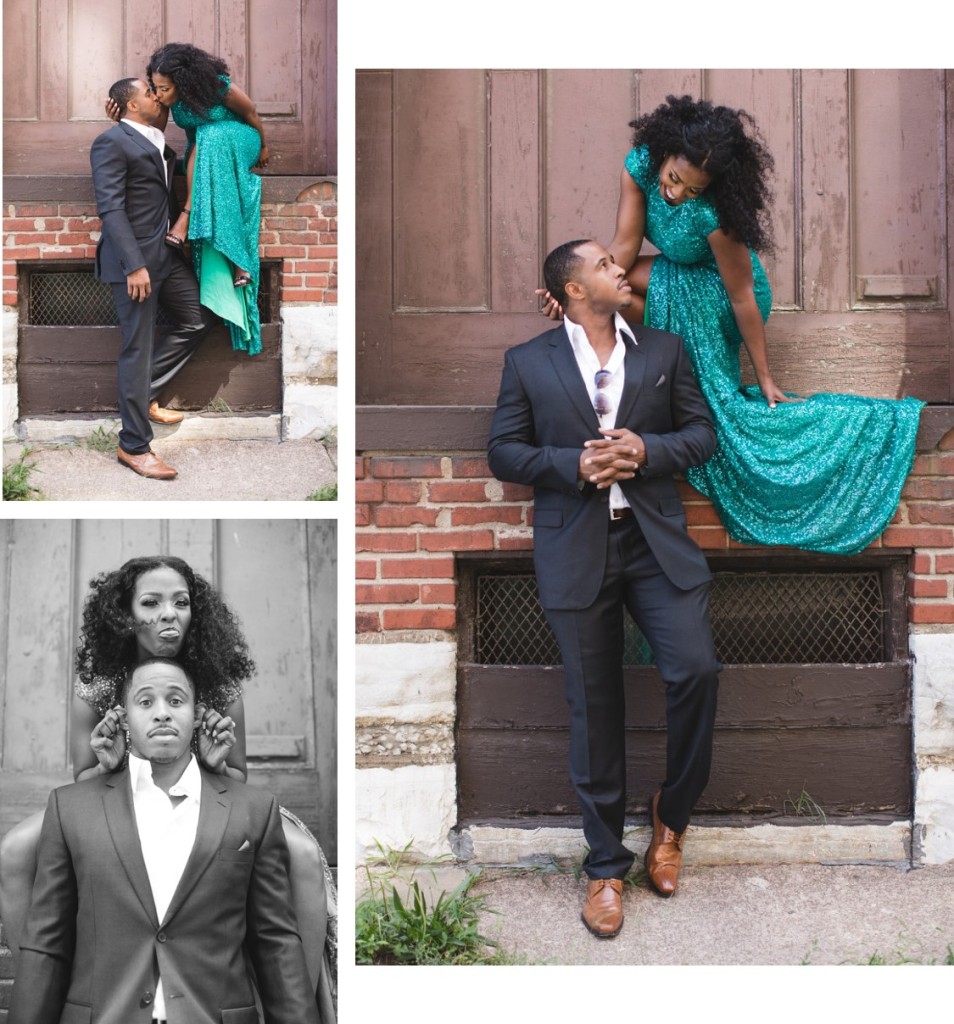 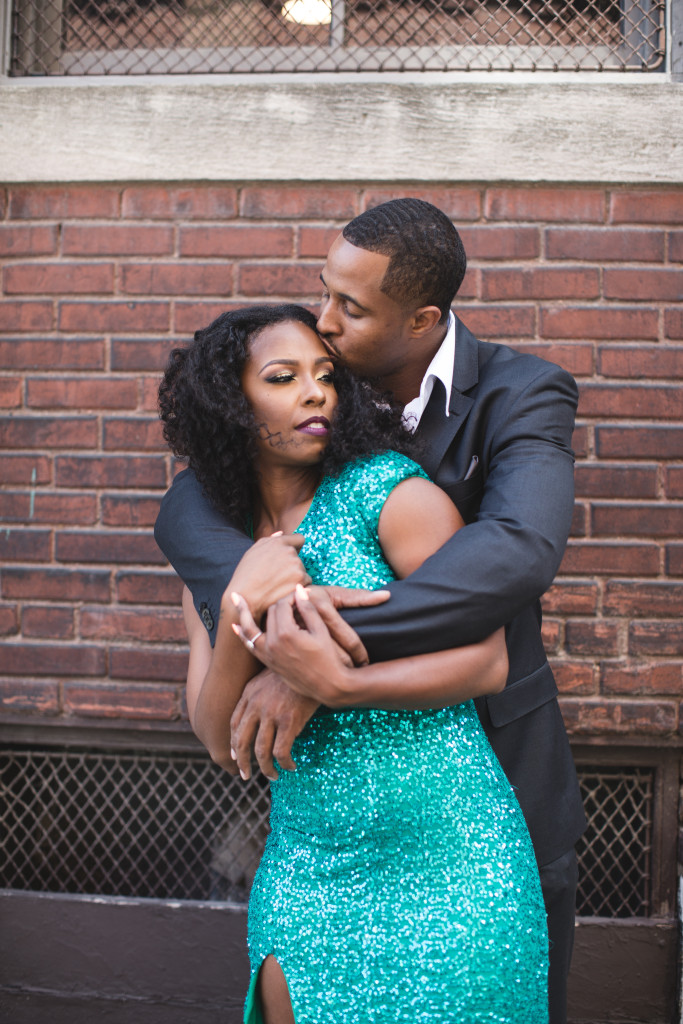 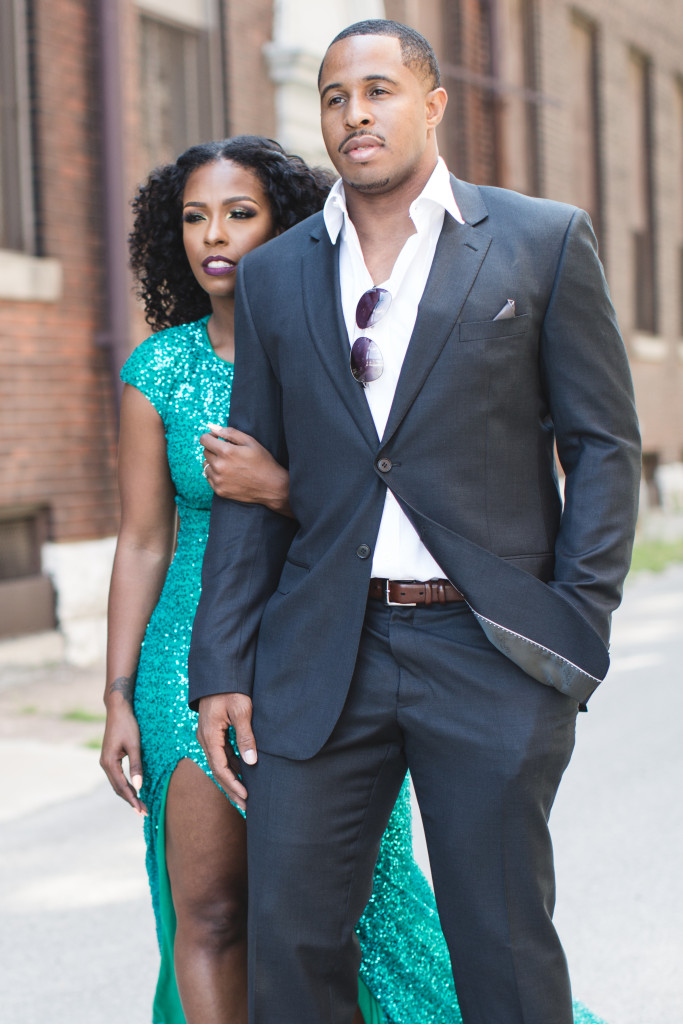 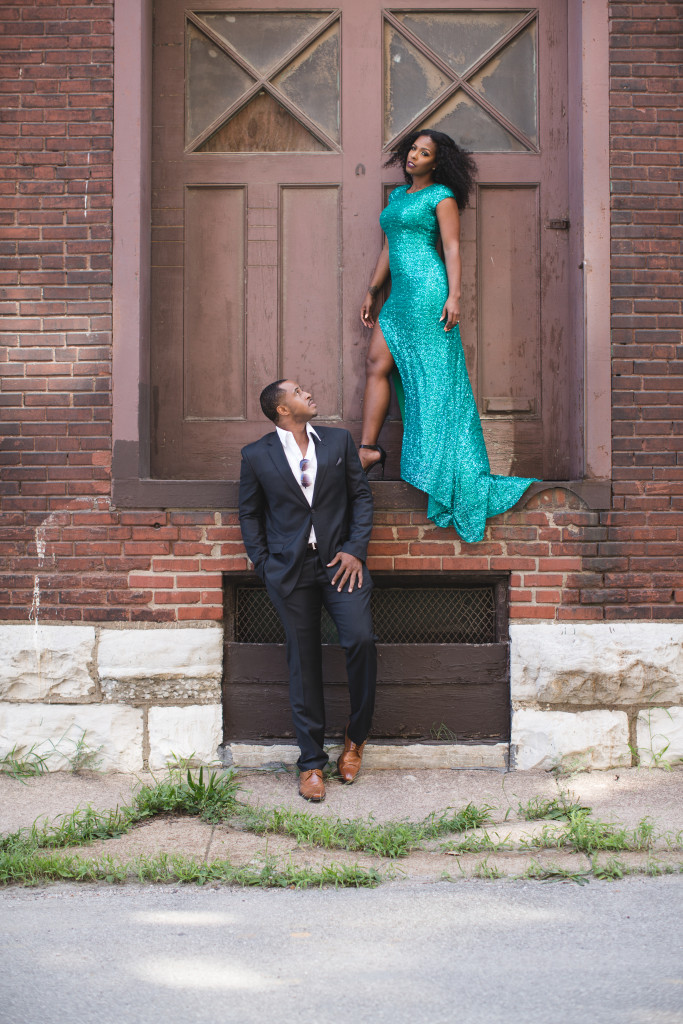 We’ve already told  L.A. that we will expect an invite to the wedding!  Congrats again and Happy Planning!