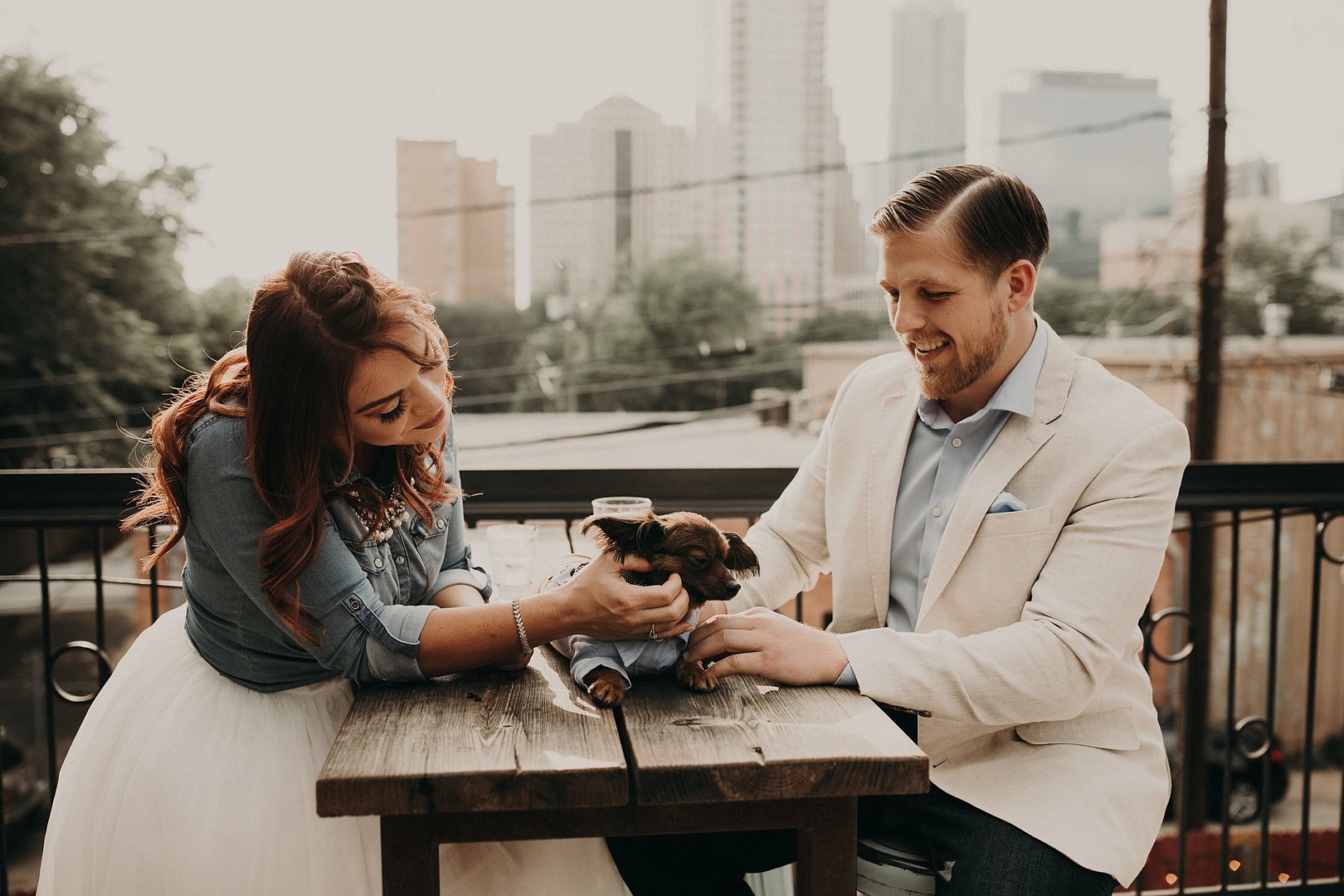 Heather worked as an apartment leasing agent in Lexington, Ky and Alex visited her property in search of a new apartment. Alex was very shy and was touring with his extremely charismatic ladies man of a roommate. After touring the apartment, unknown to Heather, Alex leaned over to his soon to be roommate and said ” That’s the kind of girl you marry”. Within a couple of months Alex leased an apartment at her complex and moved in. They were both in relationships at the time, of which both ended as most do. It took Alex just over a year to ask Heather out on their first date; but it was the best first date of their lives ( and thankfully their last). Alex picked her up in his old pick up truck, opened the door for her, and the two headed to dinner. Dinner was followed by a symphony and drinks at a local bar. Before the night ended, the couple went for a ride on Alex’s motorcycle, after which he walked her to her door (like a perfect gentleman).

WHAT IS YOUR PROPOSAL STORY?

Heather: “Alex had help with the proposal. My mom and my cousin were in town visiting for a “girls weekend”. Mom had been dying to go to Hamilton Pool which is this beautiful little oasis nestled just outside of Austin, Tx. Hamilton Pool is also one of our favorite places to visit. In the summer months you can swim in the crystal clear waters under a waterfall, as well as several hiking trails. When we got to the base of the pool, Alex took off his shoes and put his feet in the water. Within a few minutes he called me over to “hold his hand” while he placed his shoes back on while trying to keep one foot dry. This was all a ploy and signal to my cousin to get the camera rolling. Alex took a knee and pulled out the ring. (From here I cried like a baby and I think I may have said Yes before kissing him 🙂 ).”

Check out theses love birds during their engagement session with Nikk Nguyen Photo and their fur baby Tucker!