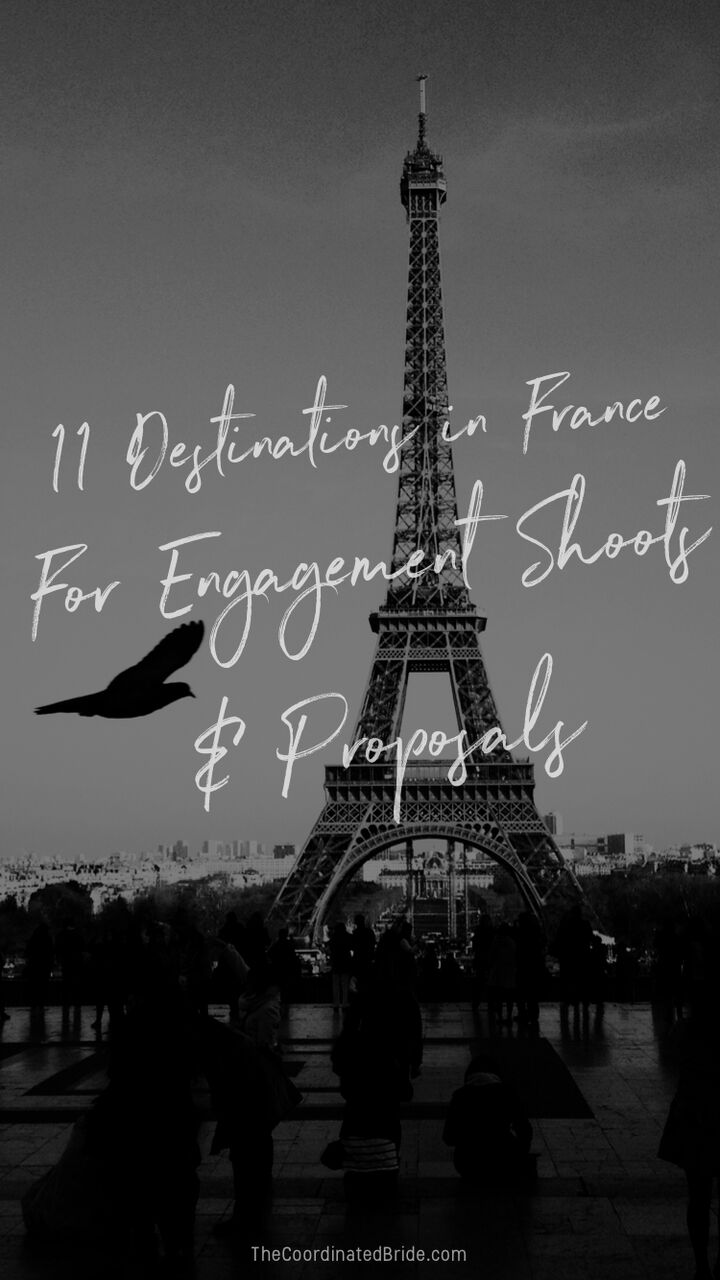 When my sister asked my niece what she wanted to do for her 13th birthday, my niece replied “Let’s Go to Paris!”  France is always a great idea. Some of the best France proposals, engagements and birthday images on social media can be found with the Eiffel Tower as the picturesque backdrop.  But…there’s more to France than just the Eiffel Tower!!    Granted, I probably drew you into this post with the tower as the cover photo but this post is about places in France that are usually overlooked for the tower.  France to the left and to the right is filled with history, beautiful landscapes, vineyards, monuments, museums and some of the best food you’ll ever taste.

Janet Rogers recently put together a detailed guide on the 100 best things to do in France that is packed with tips and advice.  She reached out to me with a link to the article and I decided to put my own spin on it.  Here are 11 locations in France that would be ideal for your proposal and engagement shoot.  These destinations are also ideal for birthday and anniversary shoots.  Don’t worry, the tower made the list….kind of. Read on and travel well!!

1.  Le Petit Trianon at The Palace of Versailles 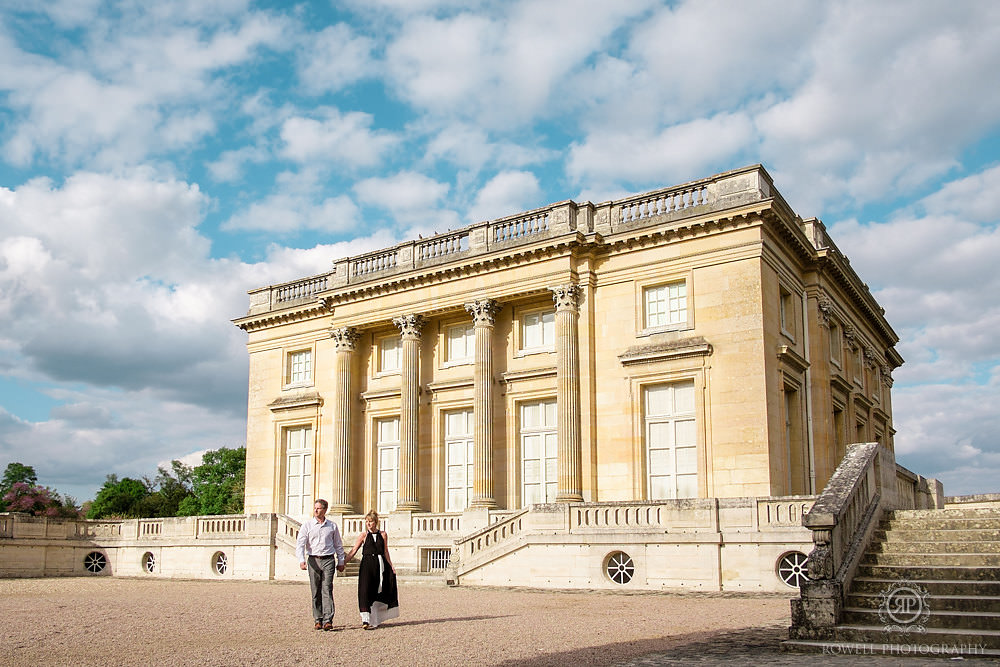 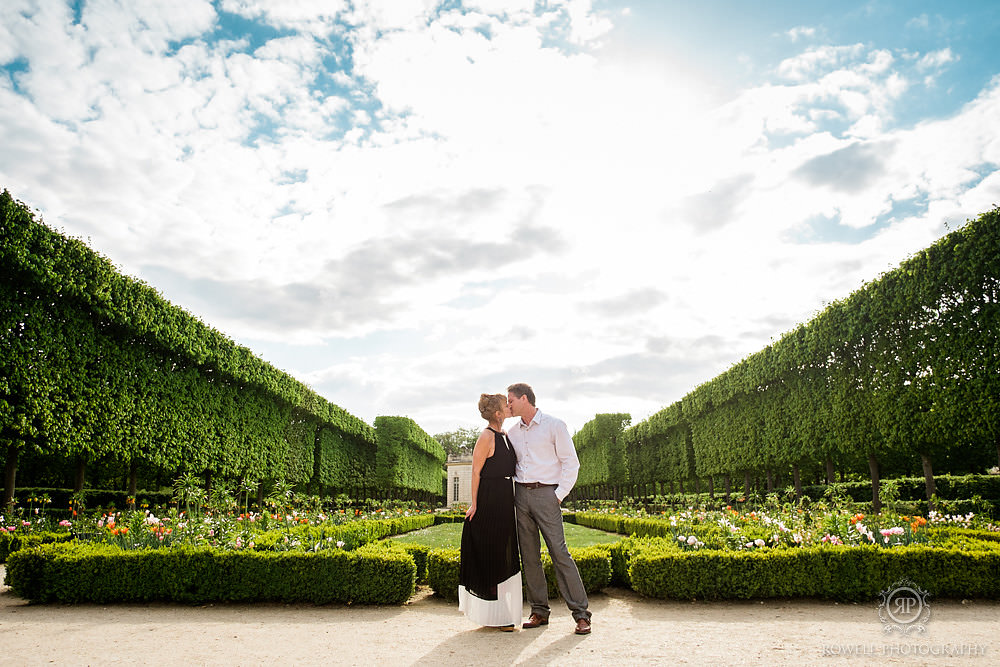 The Palace of Versailles is about 12 miles from Paris and is now a museum open to the public.  The Petit Trianon was built on the site of a botanical garden developed by Louis XV, within the grounds of the Grand Trianon, for his mistress Madame de Pompadour and took 4 years to construct; 1762 and 1768.  As tragedy would have it, Madame de Pompadour died four years before Le Petit Trianon was completed.  Years later in 1774 Louis XVI gave it to his Queen, Marie Antoinette.  There are so many great shoot locations it might be hard to pick one. 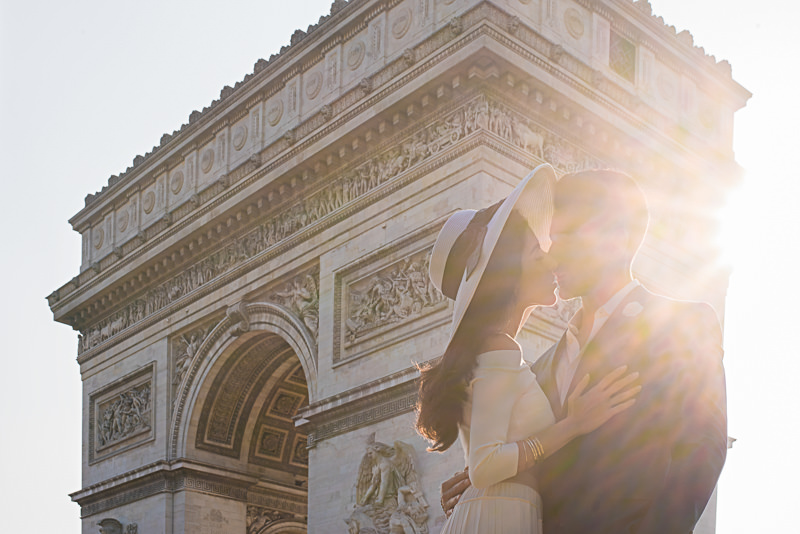 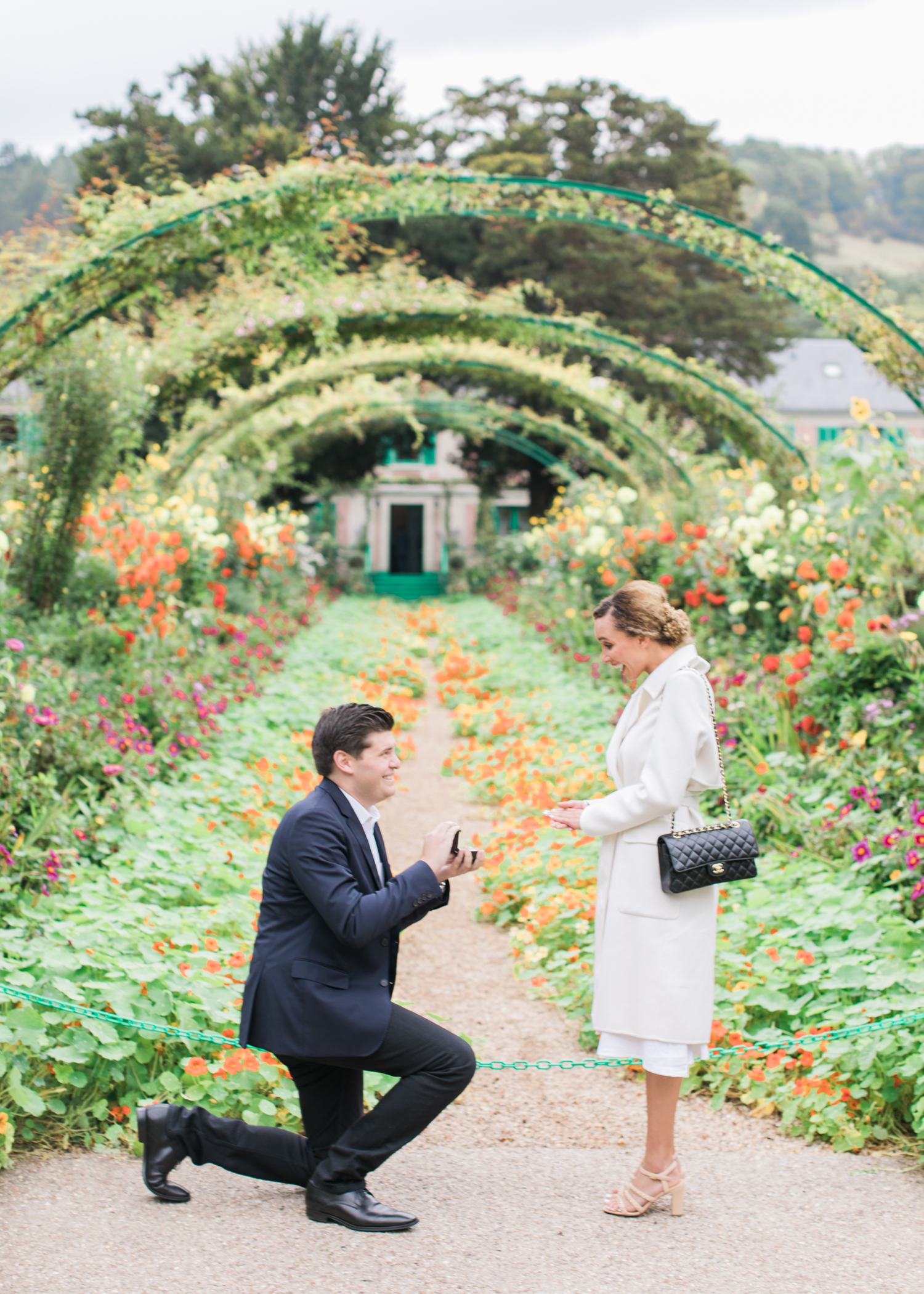 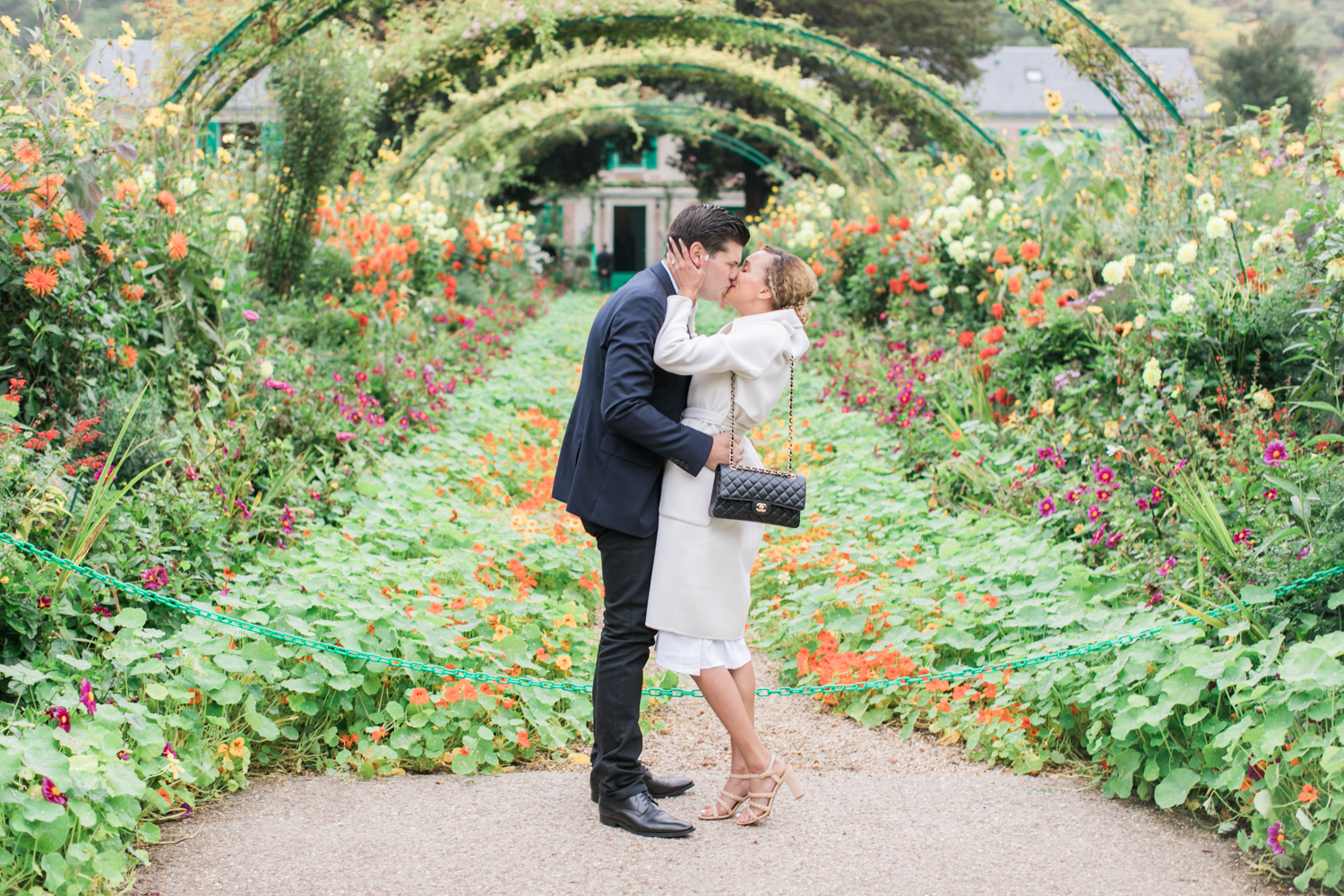 Claude Monet, yes the Money noticed the village of Giverny, which is about 50 miles west and slightly north of Paris, while looking out of a train window.  Money purchased a house in Giverny in 1980 and cultivated the gardens and made it his home until his death in 1926.  He and many members of his family are interred in the village cemetery. Skip the lines and book your tickets online so you can enter without delay. 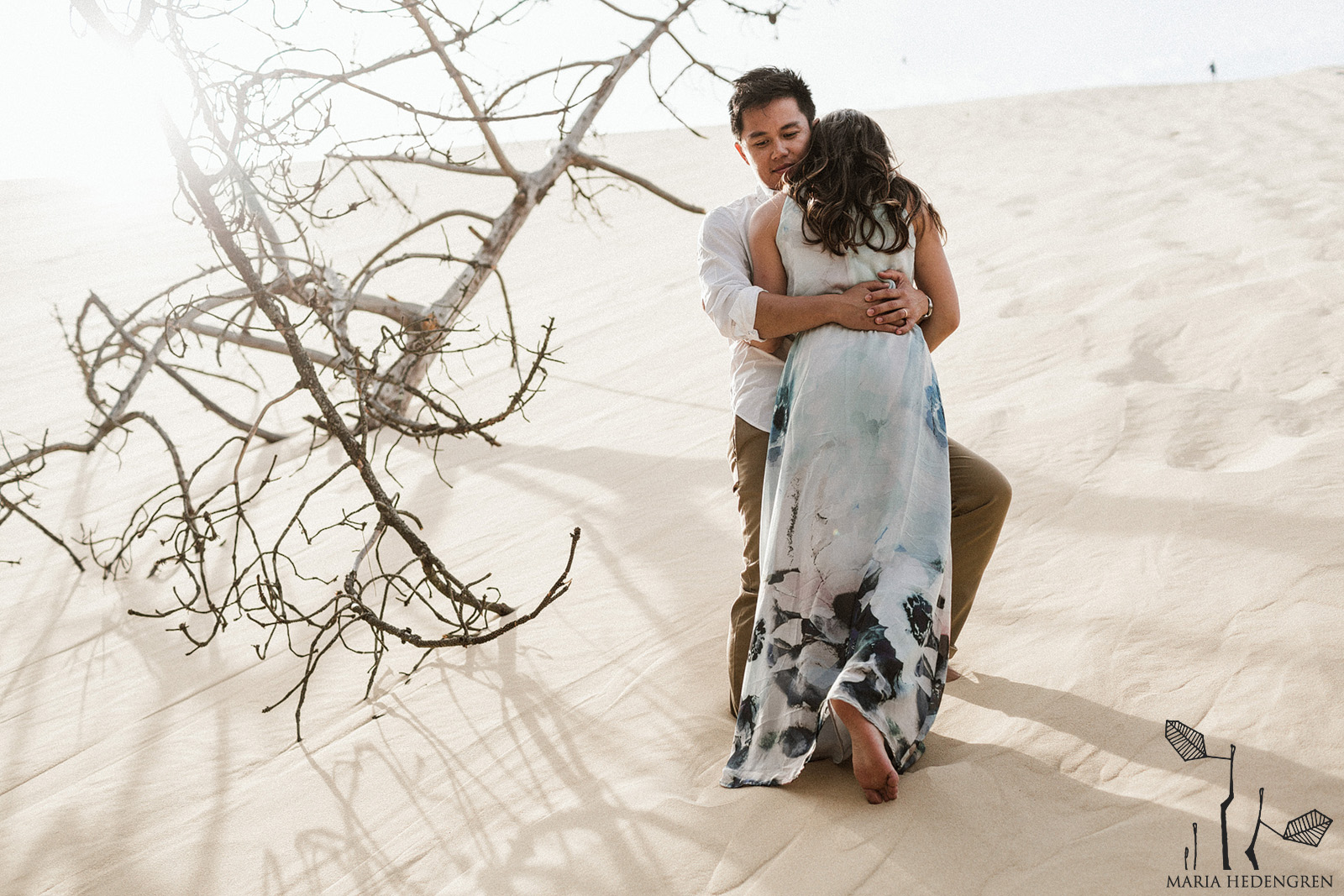 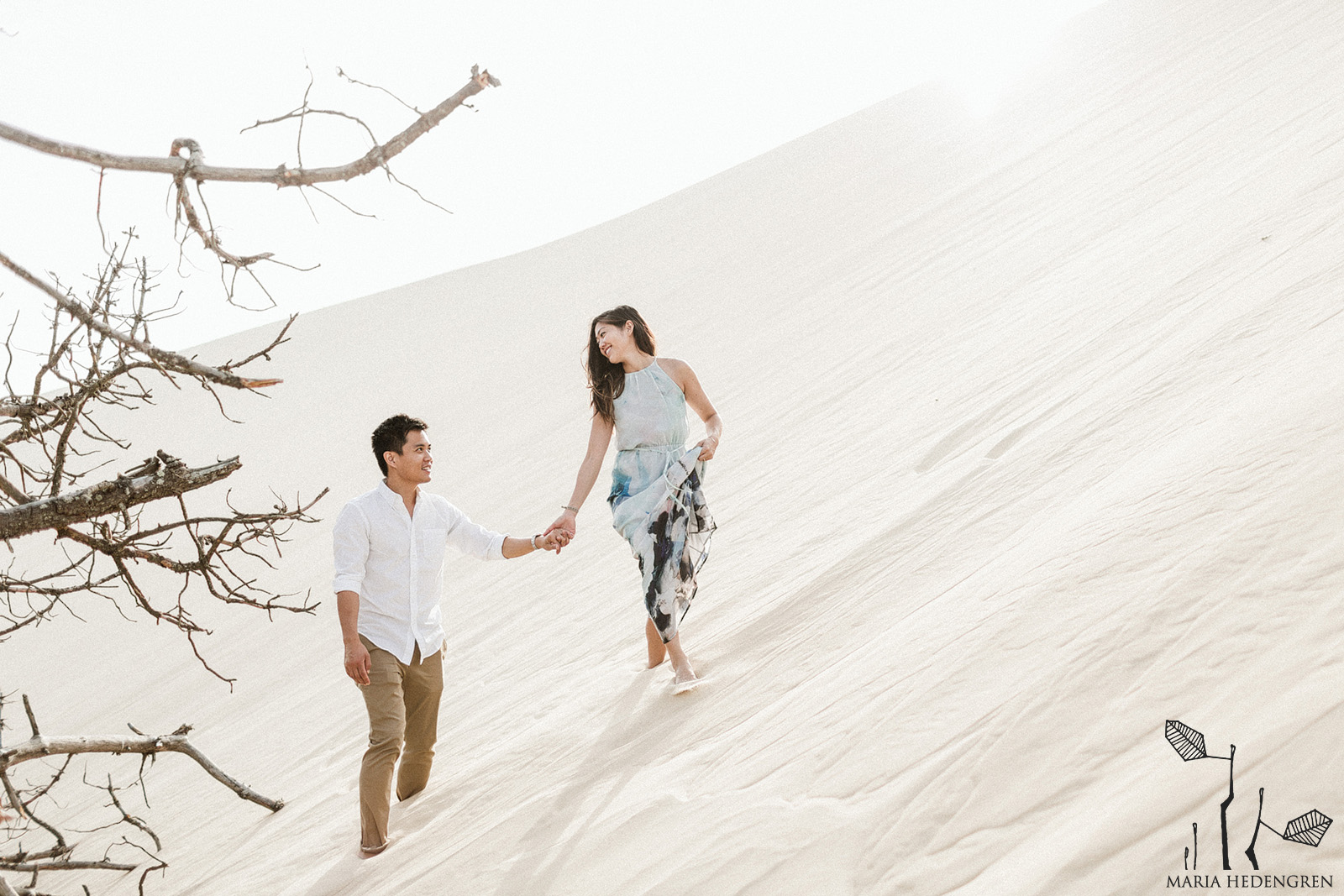 Did you know that France has dunes??  Dune Du Pilat is actually the highest dune in all of Europe with a height of 110 meters above sea level. 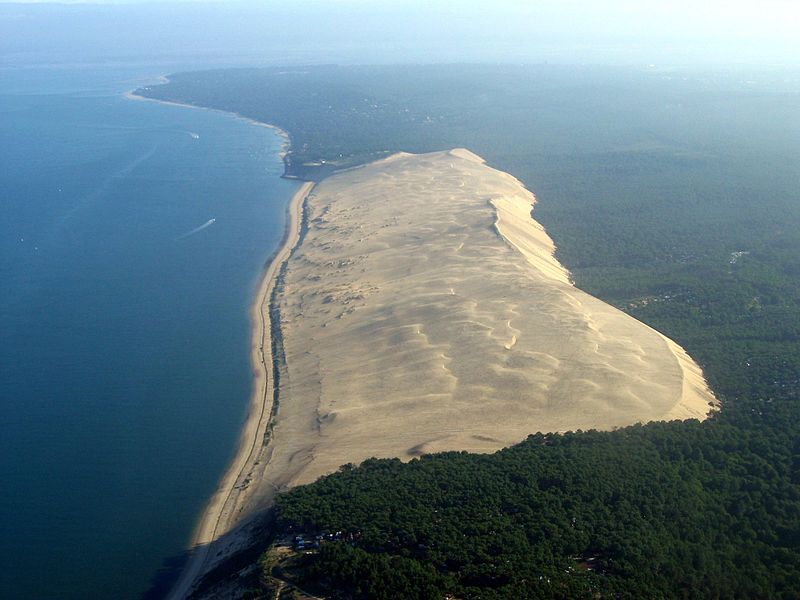 Dune of Pilat runs parallel to the shoreline of the Atlantic Ocean and makes for a beautiful photo backdrop. 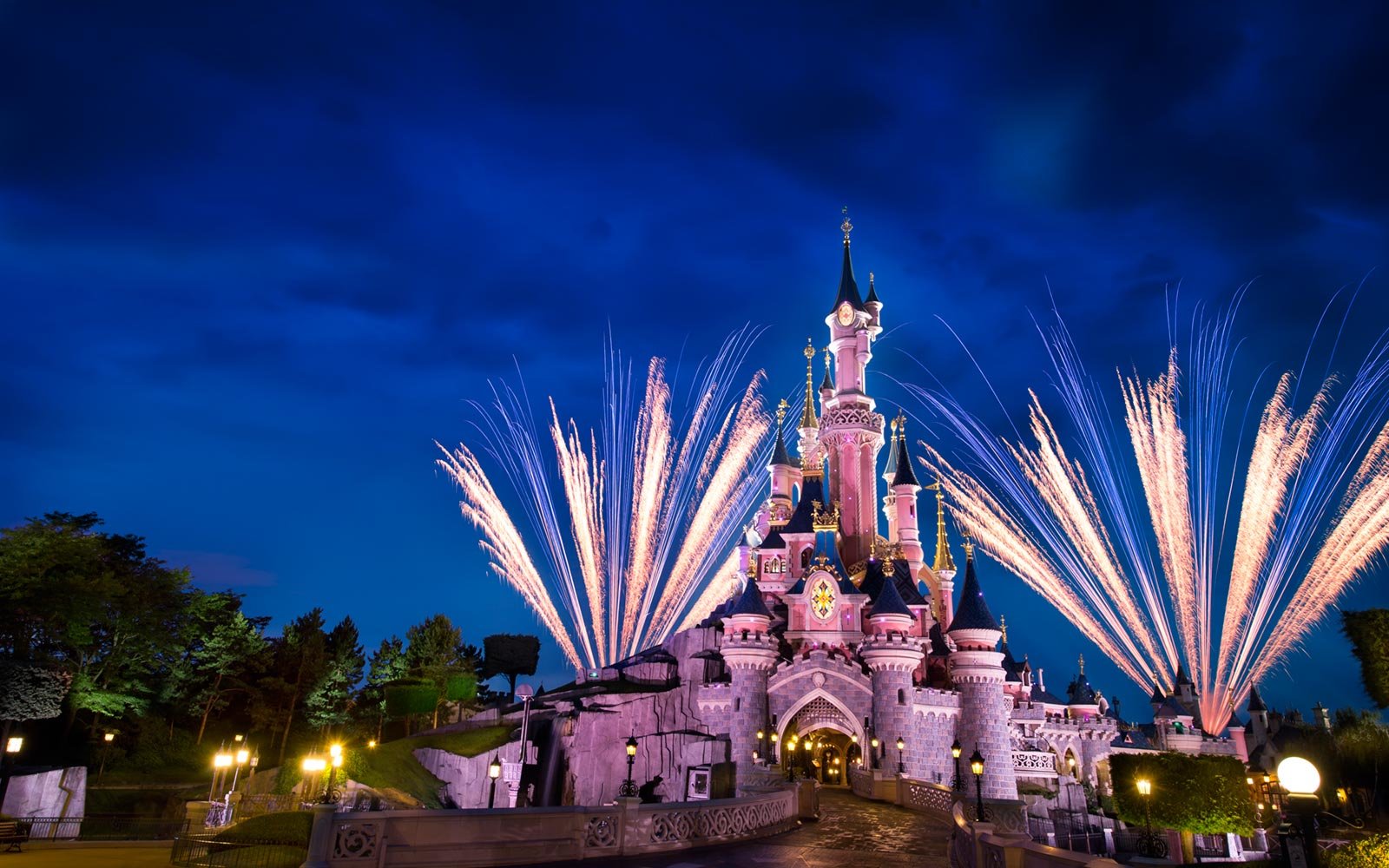 Where the magic happens!!  Disneyland Paris was originally called Euro Disney Resort and is located about 20 miles east of the center or Paris.  The resort has 2 theme parks, a number of hotels and a multitude of shopping and dining options.   The resort is the second Disney park to open outside the United States, second to the Tokyo Disney Resort. 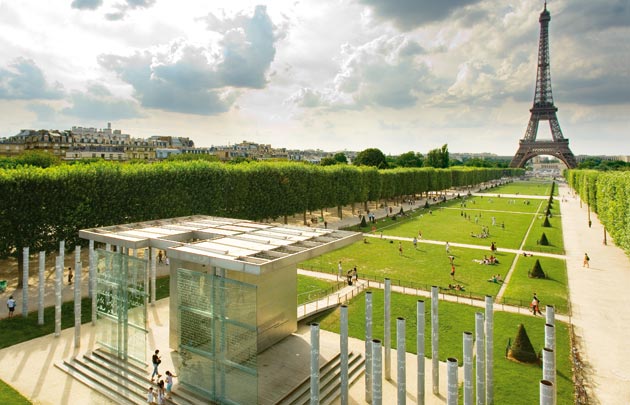 And there she is…. the Eiffel Tower.  The focus is actually on Champ de Mars, which means Field of Mars.  This large public park in France is named after after the Campus Martius (“Mars Field”) in Rome, which was a tribute to the Latin name of the Roman God of war.   Champ de Mars reminds me of Central Park in New York City. 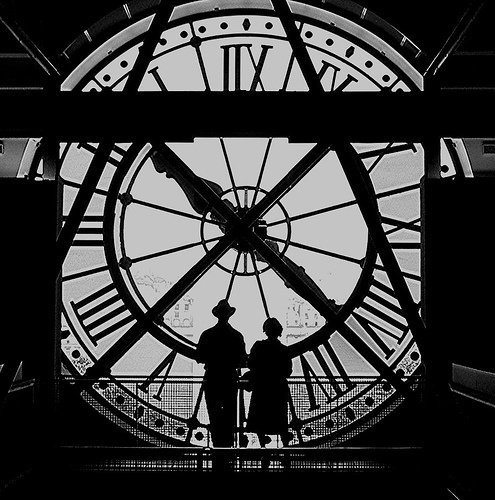 Musée d’Orsay is a museum in Paris, France housed in a railway station.  While taking your pictures here you will find surrounded by sculptures and paintings by Monet, Van Gogh and Seurat to name a few.  This is one of the largest art museums in Europe.

8.  Stay at the Rufuge du Goûter 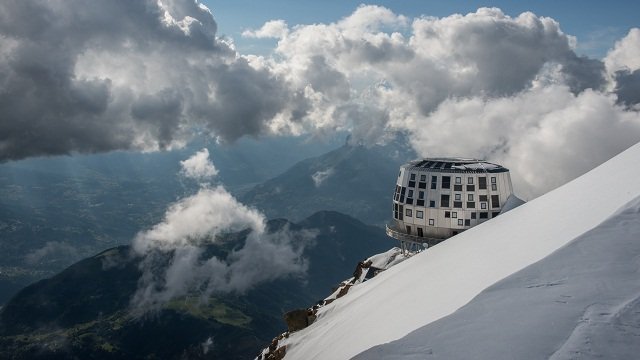 Some of us are more adventurous and while thinking that greenery is beautiful would prefer that the snow be their picturesque backdrop.  One of the stops before the final climb to the summit of Mont Blanc is Refuge du Goûter.  This all-wooden structure, clad in stainless steel took five years to design and three more to build.   At 3,800 meters, the lodge is amazing – if you can reach the top.    Every year about 17,000 climbers attempt to reach the summit of Europe’s highest peak, are you next?  You can book online {Here}. 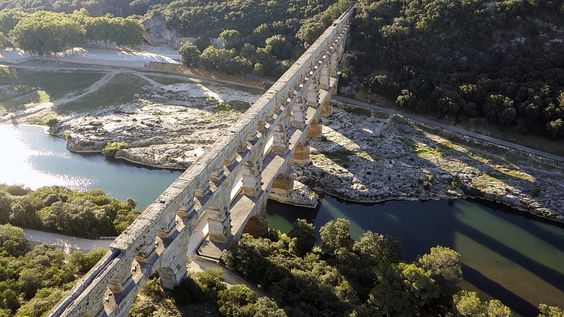 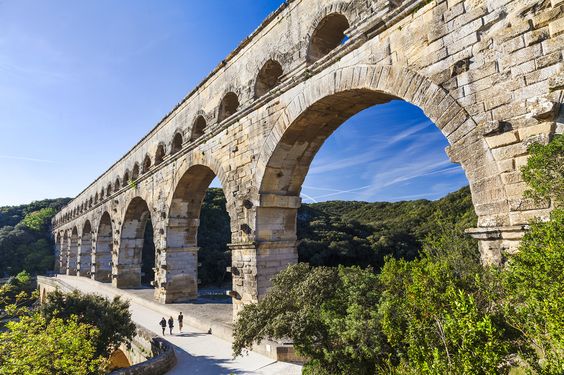 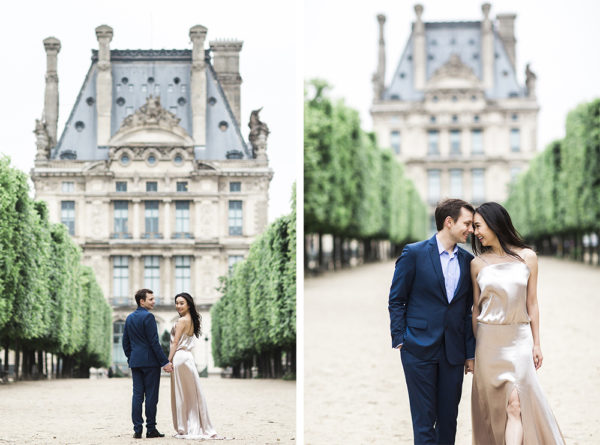 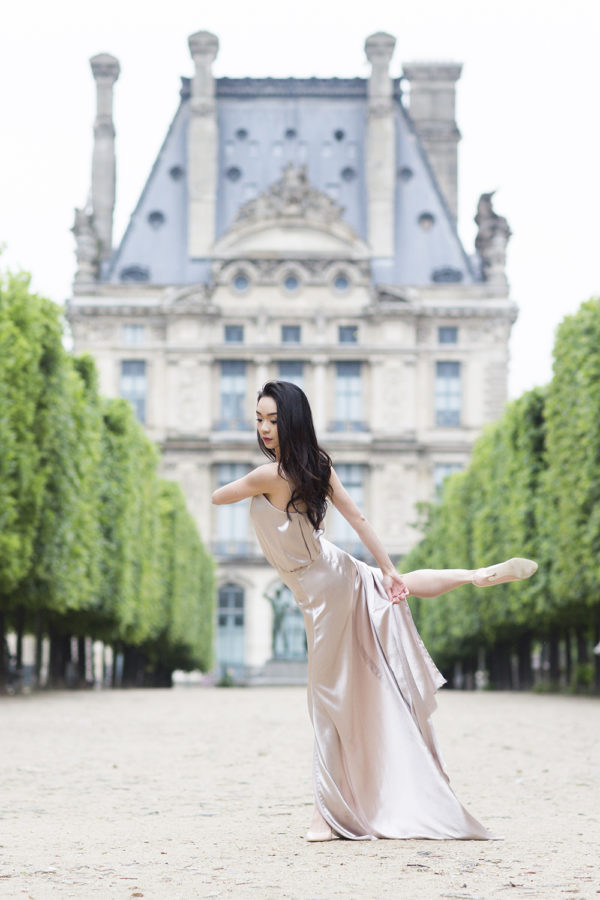 A beautiful public garden located in Paris, created in 1564 and opened to the public in 1667 after the French Revolution.  It is a very popular garden to local Parisians so go early to avoid bystanders in your photos. 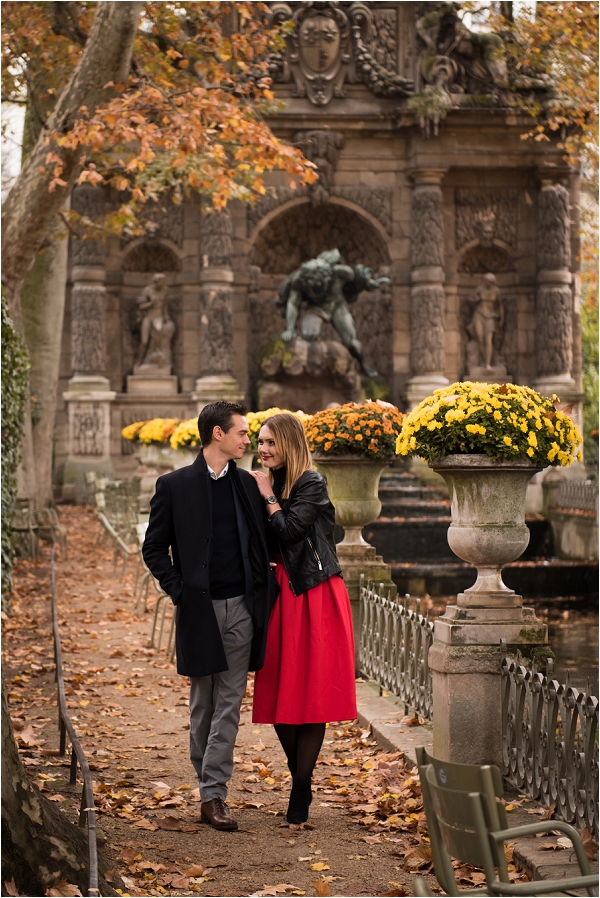 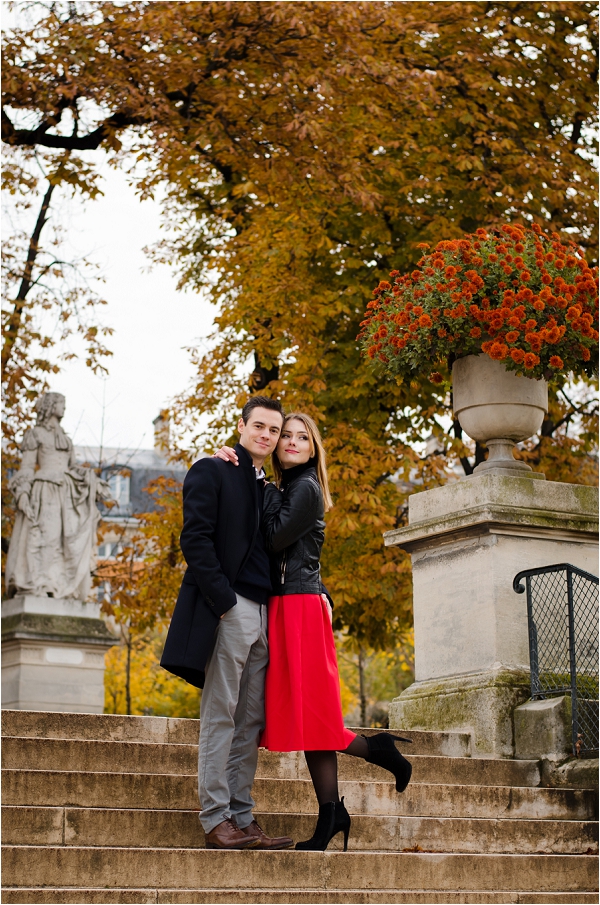 Loosely translated as Luxembourg Garden, Jardin du Luxembourg was created in 1612 by the widow of Kind Henry IV of France, Marie de’ Medici to coordinate with her new residence, the Luxembourg Palace.  The garden is the second largest park in Paris and is known for its lawns, tree-lined promenades, flowerbeds, model sailboats on its circular basin, and picturesque Medici Fountain, built in 1620.

Whatever you decide, France is a wonderful experience for everyone who visits.  From the architecture to the history to the culture, you will not be disappointed.