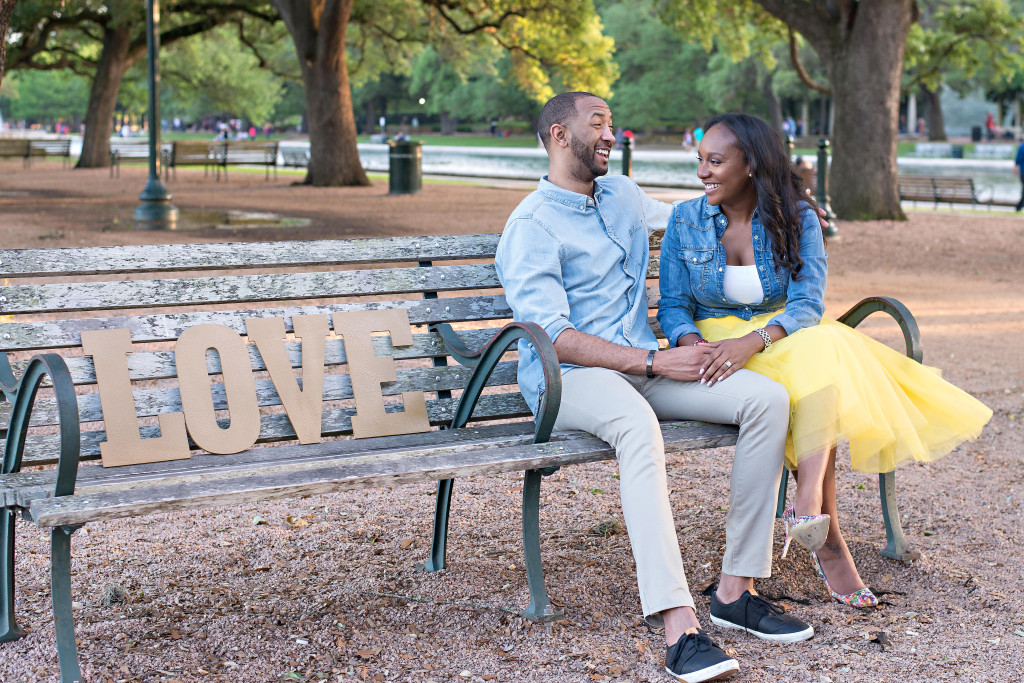 Jared and Demonica have officially set their wedding date as New Year’e Eve, 12/31/2016. The couple will get married in Chicago.

From Jared and Demonica:

Jared and I met 6 years ago in December of 2009 through family and mutual friends. Jared played college basketball for North Carolina A&T and had a game against Northwestern in Chicago. After the game he went out with his family to Chicago’s local pizzeria Giordano’s and I came along (his cousin is my best friend and maid of honor). He thought I was his cousin initially. He has a huge family and he hasn’t met half of them so he treated me as such. Afterwards we went our separate ways and reconnected on Twitter.   He then found out we were not cousins and we started this long distance love affair.

My story: Jared proposed on September 21, 2014. He proposed after church with the help of Pastors, church members and friends. I wanted all our family to be there but I knew that if we were all together that was a dead giveaway that he was going to propose and no one in our family can keep a secret and they would have told me his plan.   So instead he had a friend live stream it via ustream and gave our closest family and friends the link to share it with us. It was a great way to include both our families when we all live so far away from one another.

The most memorable moment about the proposal for me was knowing he had the ring prior to him proposing AND him being clever and proposing to me a day after our anniversary. A little back-story…. My mom passed away in December of 2013 and afterwards I retreated a little and pushed everyone away. I knew he wanted marriage but that was not a priority of mine. Grieving seemed to take up my headspace. Although I did not want to get married or even think about it Jared continued to take me ring shopping. I went into a store with a coworker and fell in love with a ring. I took down the specifics and gave the info to Jared.  Little did I know he went into the store the same week and purchased the ring. This was February 2014. Like I said earlier, my family/friends cannot keep a secret and people spilled the tea several times. I was ok knowing he had the ring. Just didn’t know when he’d use it. He held on to the ring for 9 months to make sure I was good and in a better place. I told him whatever you do; do not propose on my birthday, holiday, or anniversary. It’s too cliché. Make sure there’s a photographer and our families are included. So he proposed the day AFTER our anniversary, had 4 photographers and included our families. He asked if I would spend a couple of forevers with him and I said yes. 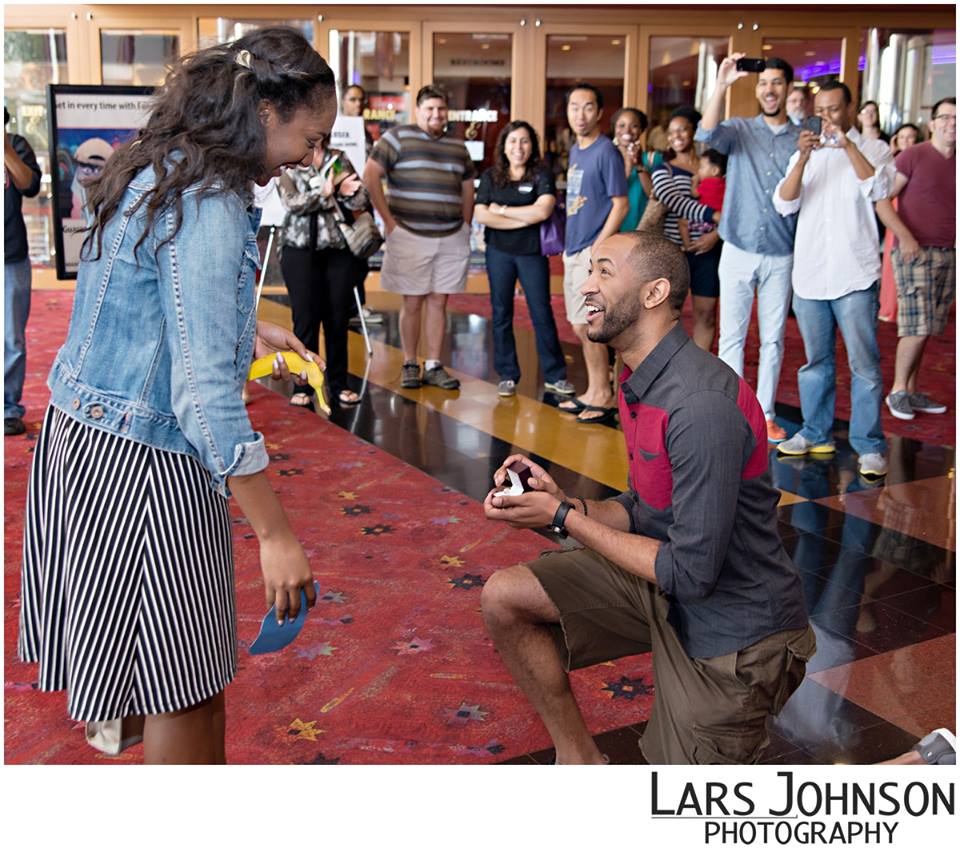 His story: Where do I begin? For starters, it was only right to make the occasion as special and intimate as possible for someone as special as my fiancé.  Our anniversary was coming up on September 20th so I knew I wanted to pop the big question around this date. I spoke to friends, etc. about unique, memorable ways I could approach proposing. My very first idea was to create a video of me talking about how beautiful, wonderful, etc. of a person she is then edit and present/play the video in front of our church of about 200 people after one Sunday service. Sounds cool right?? But I know my fiancé–she probably wouldn’t have care so much for the huge presentation & I knew she wanted something that would allow our friends/family to share the moment as well. Taking all that into account, this is how I came up with the idea I ultimately decided to pursue. Throughout the weekend of our anniversary, I gave her tickets for each event that we engaged in, such as rock climbing, anniversary dinner, mystery date/activity etc., but I held on to one ticket. This last ticket was a ticket with pictures of us together since the we started dating, with words from Chrisette Michele’s song that stated “Will You Spend a Couple of Forever’s With me?’.

So after church service, I had my Pastor pull her to the side and chat with her. Meanwhile, I had friends who drove in from Baton Rouge who were already set up with their phones to live video stream the moment to her family as well as mine via ustream. I also had friends in on what was about to go down as well, including our friend/photographer. So our pastor pulls her to the side and they are chatting away. I wait about a minute & then walk behind her and tap her on the shoulder. I gave a verbal spill that I can’t recall any words to her about how much she meant to me, etc. and then handed her the final ticket. As she read it aloud, I got down on 1 knee, and popped the biggest question of my life! 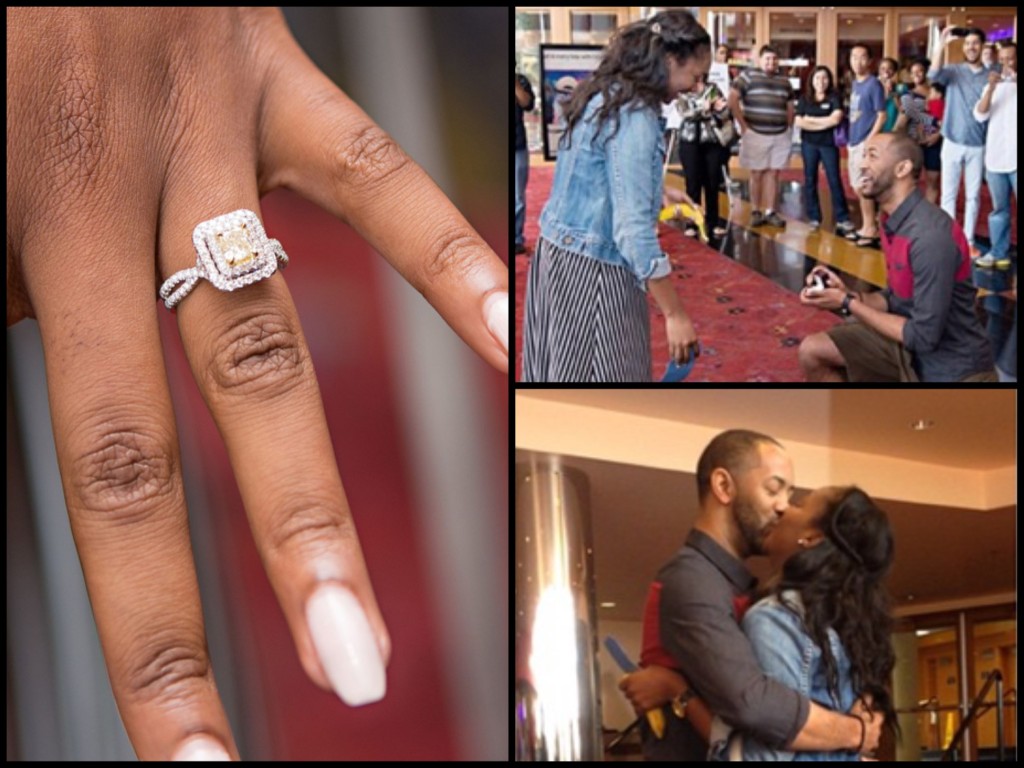 Our wedding will be a black and white affair with gold everywhere. We want simple and classic yet chic and bold at the same time. The ceremony will be soft and romantic. All white with amber lighting and hints of gold. The cocktail hour will be black and sexy while the reception space will be gold and glamorous!

I love pictures. They are so memorable. I love taking pictures too. No matter where I am or what I’m doing. Jared also does photography as a hobby so pictures of us will be throughout the entire space (ceremony and reception). People won’t be able to get enough of us. Literally.

Outside of partying the night away with our family and friends, I look forward to starting a new chapter with him, continuing our journey, and bringing in the new year with our love that has intensified over these past 6 years.

We’re not rich and we had no idea of the cost of a wedding so going in we were blind, financially. Thank heavens for wedding planners. She’s been a godsend. Although we’re super early in the planning phase she’s been a great help and stress reliever. One pitfall we’ve experienced so far is actually changing wedding planners. I knew upfront I needed one and the first one didn’t quite mesh well with Jared and I and our ideas. It was a hesitant switch but looking back we are so glad we did. It saved us money, headaches, and confusion later on down the line. Another pitfall, not really, is organizing the wedding party thus far. There are 32 people in our party including the little ones so we have to make sure while even though this time is about us, we are considerate and grateful that they accepted to share this day in this way with us. Chaos waiting to happen, possibly but we’re super excited! 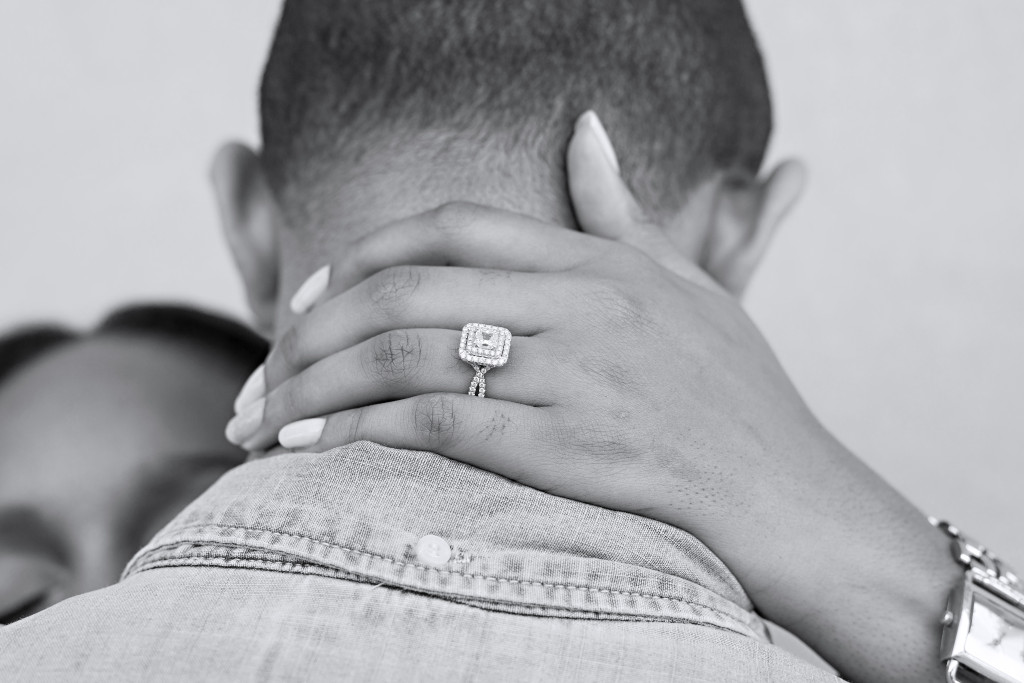 One joy I’ve found in planning is watching the time go by. We set a date 2 years out and many people question it but it’s amazing to see 700 days turn into 500 and it’ll continue to go down until I’m walking down the aisle. My WP is always sending me ideas and pictures and knowing she is on top of everything is a relief and makes me happy.

Also because we are long distance and I have done much of the footwork without Jared, a joy we shared together was seeing the venue for the first time together with my family and the WP. He dapped me up and gave me kudos for picking such an amazing venue and whispered, “I can’t wait.” Pretty good feeling 🙂

My advise to fellow Coordinated Brides is to now who you are and what you want. It doesn’t have to be in detail but if you know you are a DIY bride then look into that. Make Pinterest your best friend. If you’re like me and need someone to focus all your ramped ideas, get a planner and make sure they are the best fit for you both and your ideas. Don’t let anyone sway you or make you feel bad for any decision you make. It is your day and you do whatever it is you want to do. Lastly, have fun. Enjoy it. I helped plan my friend’s wedding and it was over in 3 hours.  Make your planning count! 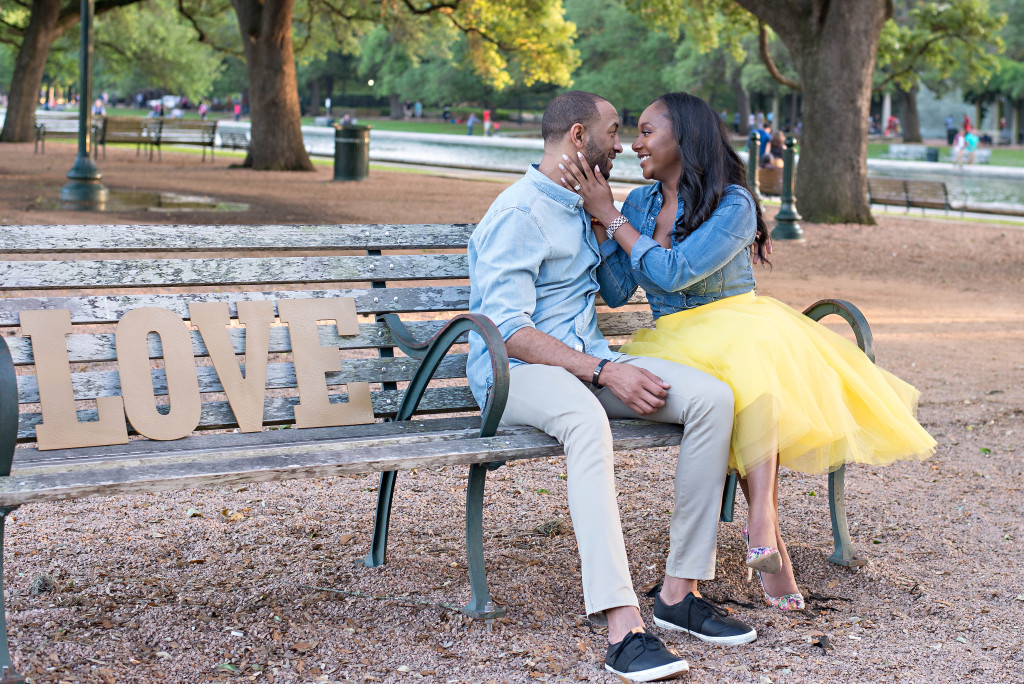 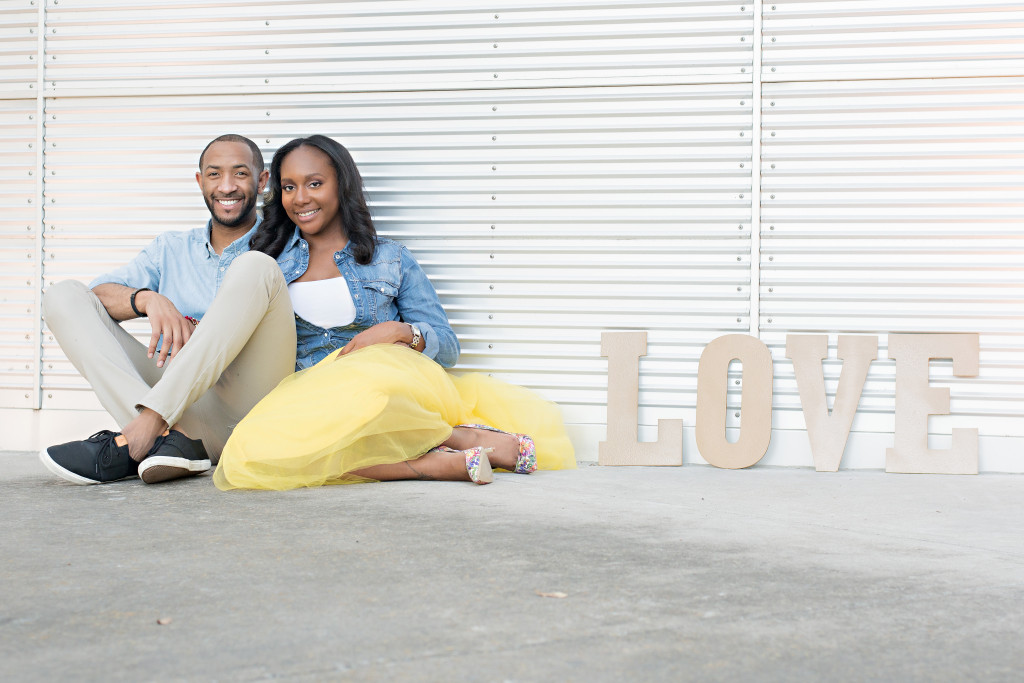 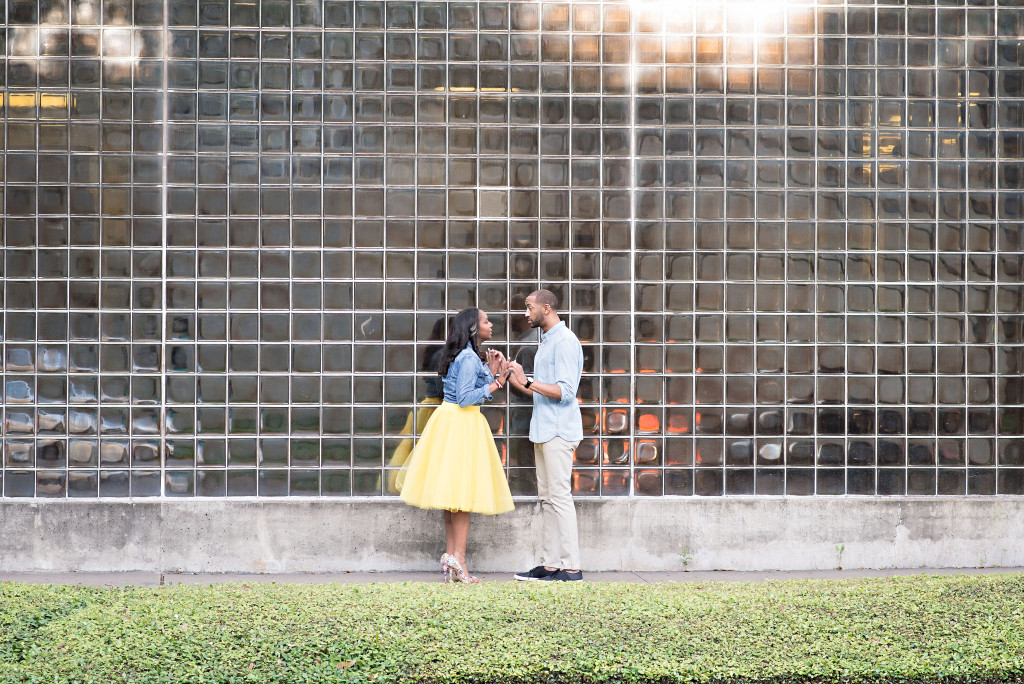 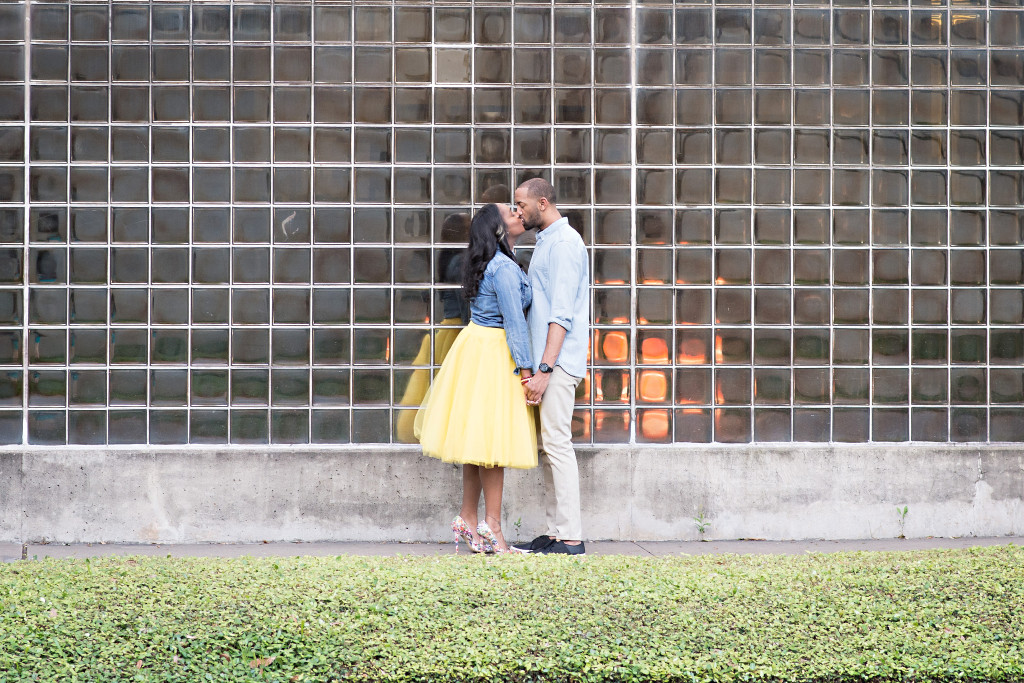 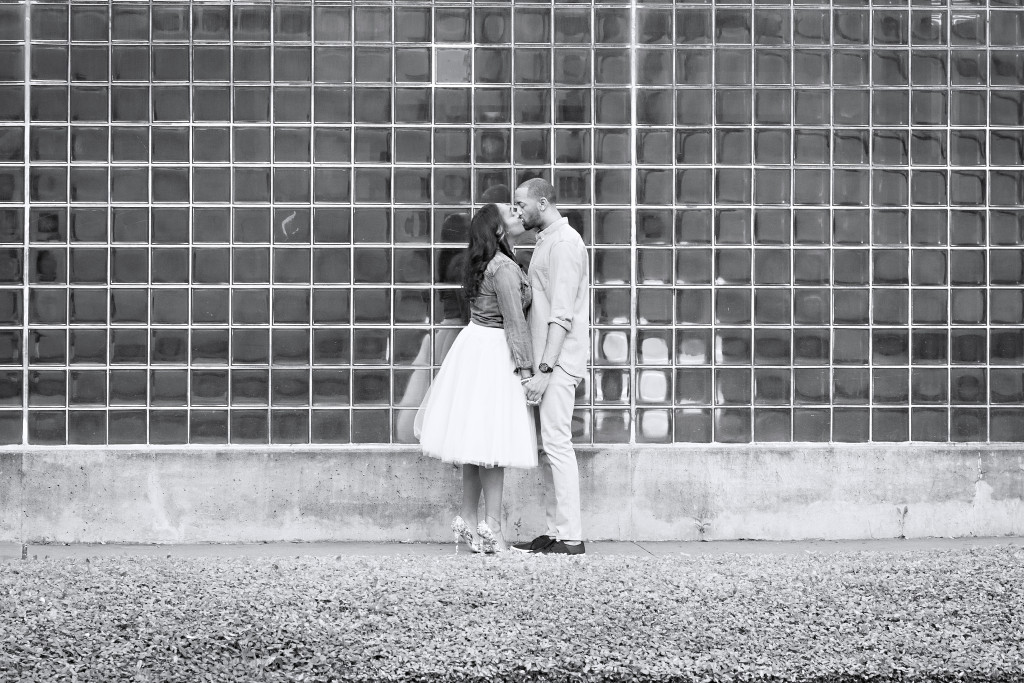 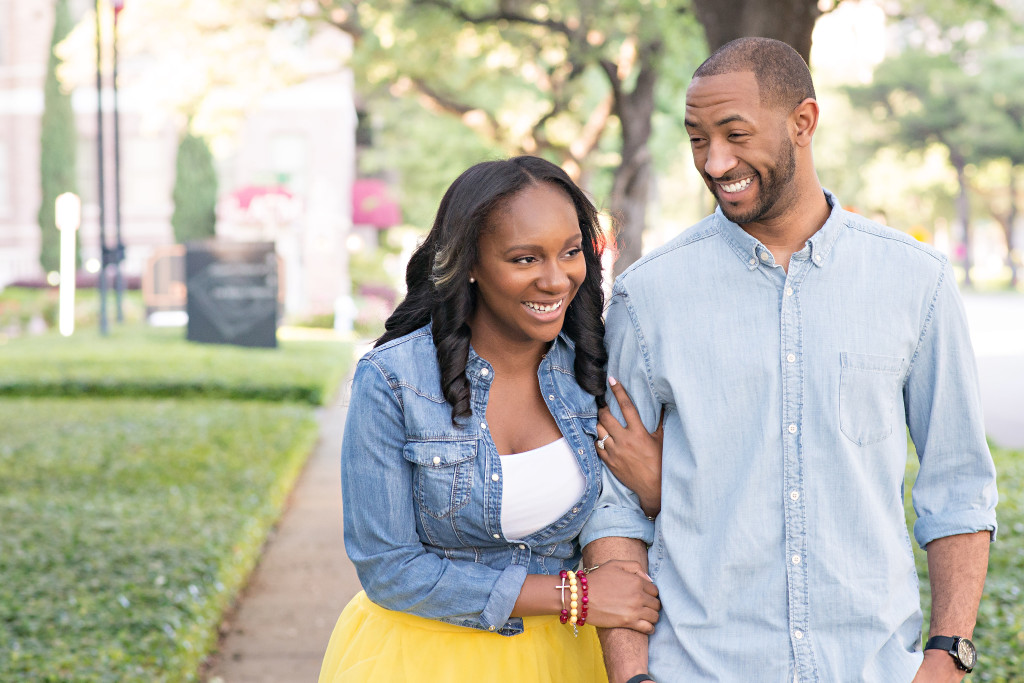 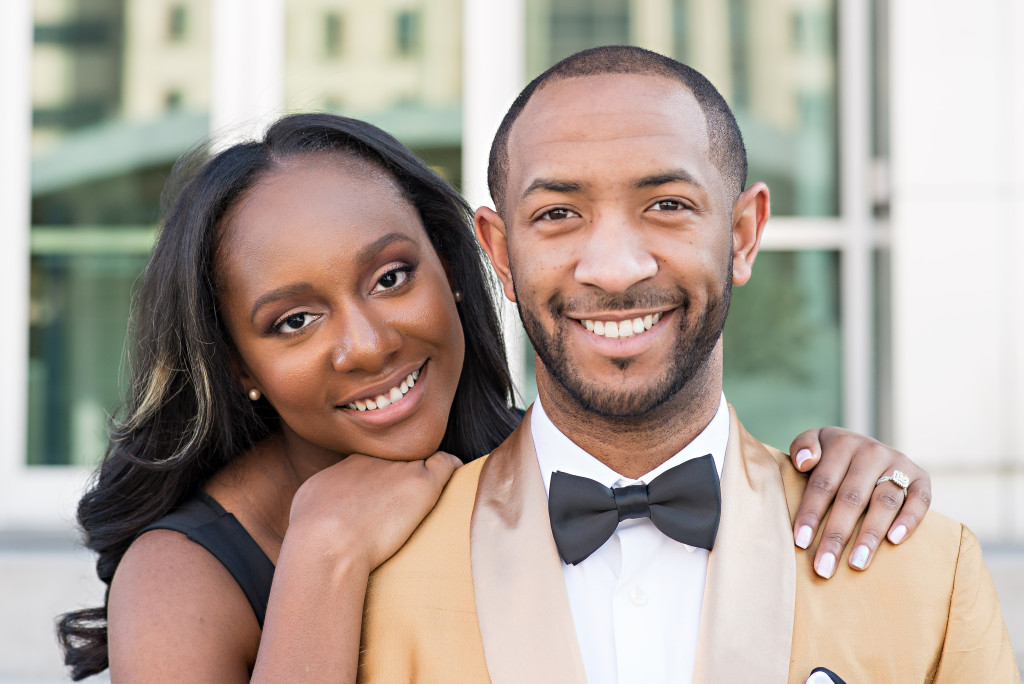 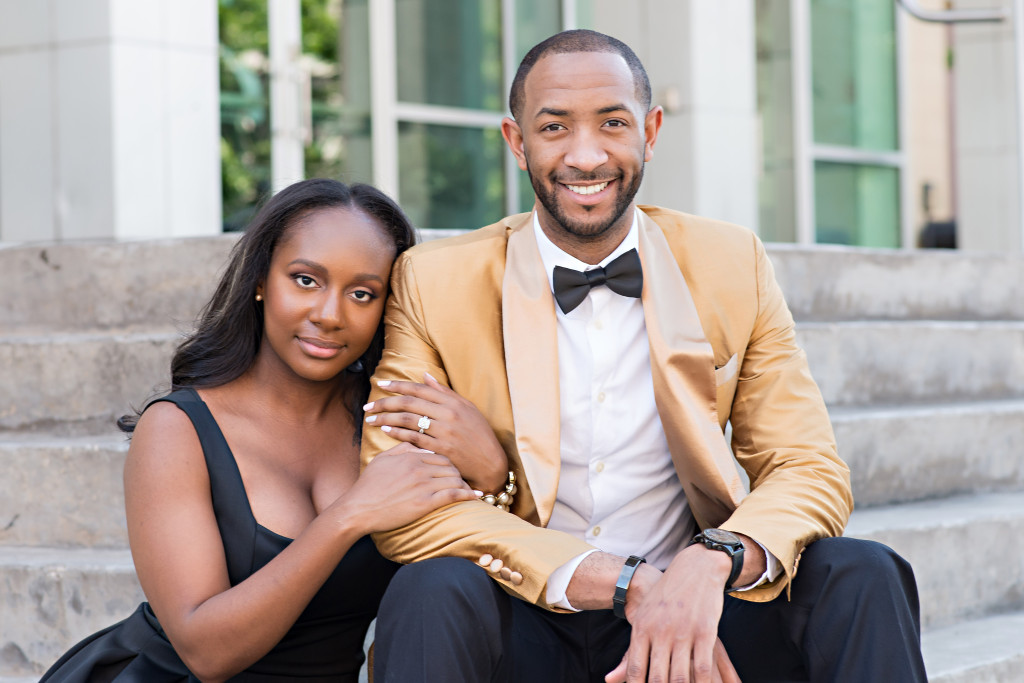 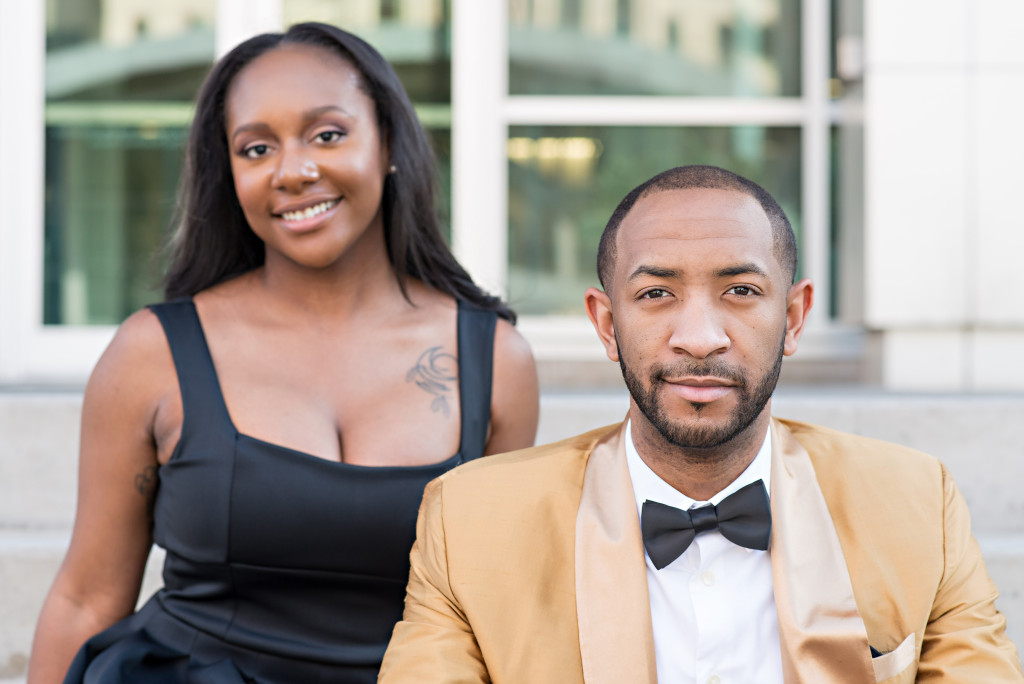 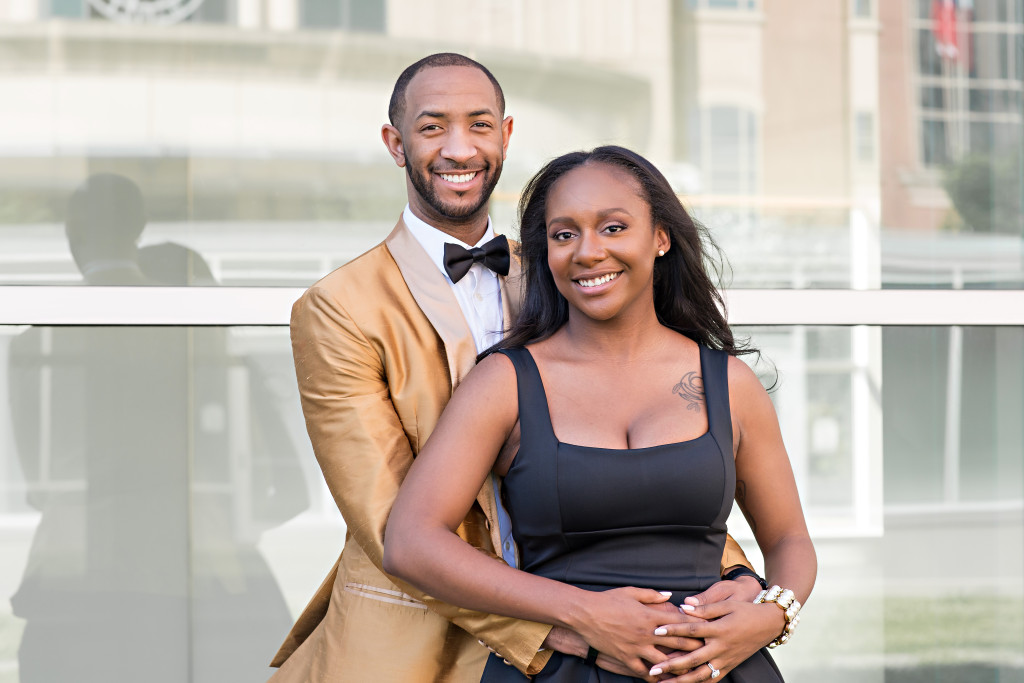 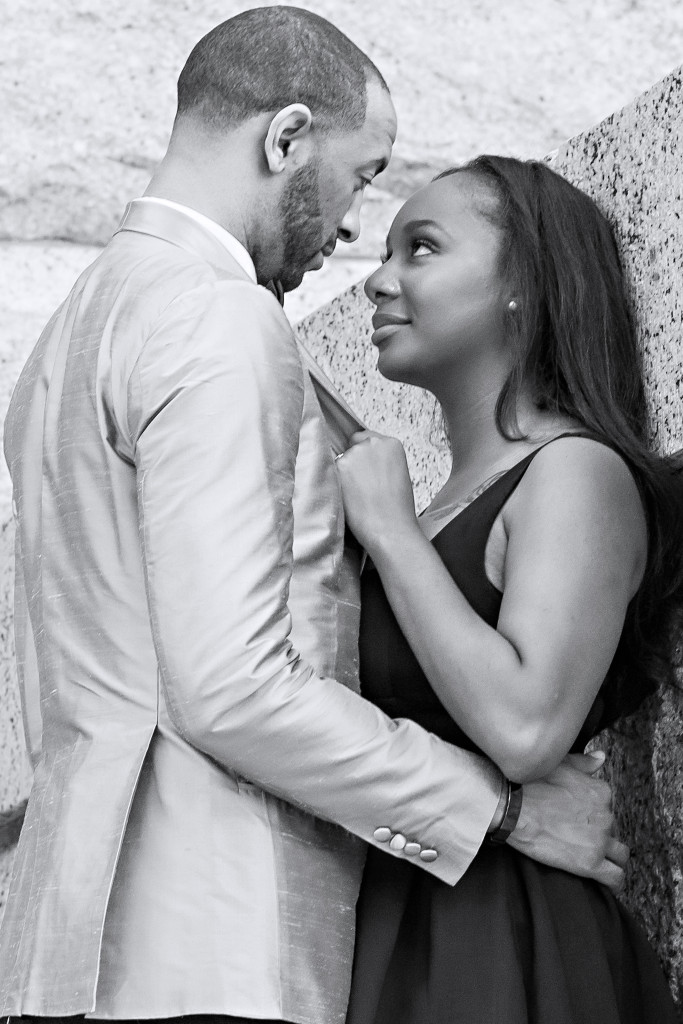