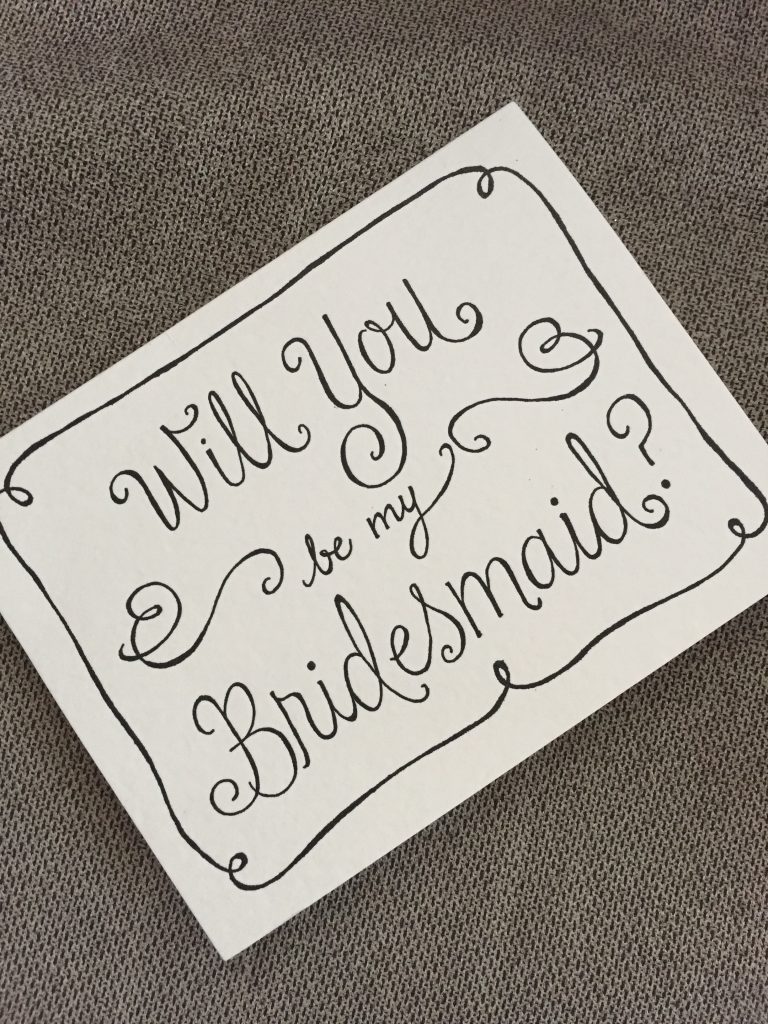 GUEST BRIDE BLOGGER Oniki {JE #2} Will You Be My Bridesmaid?

Marriage is the joining of two people, coming together as one.  On the day that you wed, you stand before your God, your officiant and your witnesses as the person that has grown and evolved into the person fit to wed and spend the rest of their lives with the person whose hands you are holding, now and from this day forward.  With all eyes on you as the betrothed, a select “handful” of friends and family members that played a role in your life to get you to where you are on this unforgettable day are either behind you, or right by your side.  If you are as blessed as I am, each and every one of those people means something deeper than words to you and your life’s story – some for a reason, some for a season, some for a lifetime.  Selecting your bridal party is often a difficult task and certainly an analyzation of who has always supported you and who is going to continue to support you and your relationship for a lifetime. Riders, come hell or high-water.  In sickness and in health.  For richer or poorer.  In times of joy or times of sorrow.  My fiancé and I both chose eight of our riders to stand by our side!  Plus two Junior Groomsmen, one Junior Bridesmaid, Two Flower Girls and 2 VIP’s who were our matchmakers!  Since we decided not to have a Best Man or Maid of Honor, they will serve as our Witnesses.

Details of The Proposal

Before I tell you about “Baddies 8” and how that name came to be, let me tell you about the details of my Bridesmaids Proposal!!  As you know by now, I am an Event Planner and a Type-A one at that!  I don’t do ANYTHING in a small way but it is all the “small” details that matter to make a lasting impression!  Gatherings at my house are not uncommon so I wanted to make this one extra special and invited the ladies over for brunch, not telling anyone who else was invited!  I just told them the time, the date and invited them over to my apartment as I wanted to keep it intimate and unassuming.  Of my 8 bridesmaids, only 5 of them live near me in the NY/NJ area so that’s who I invited to brunch. 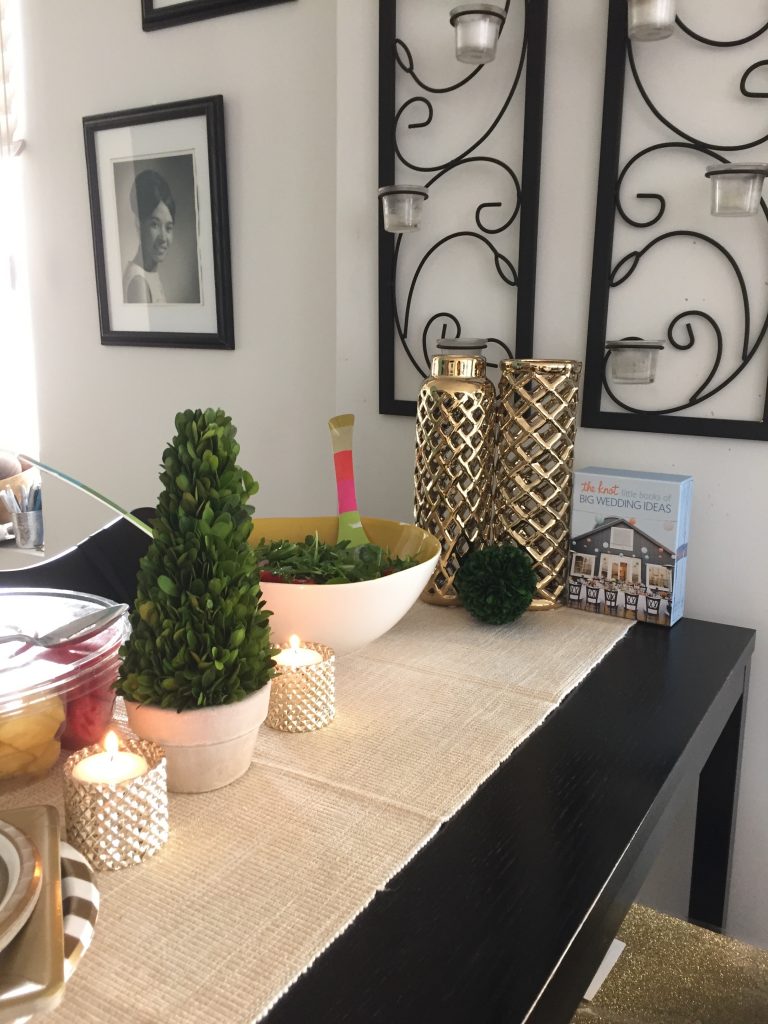 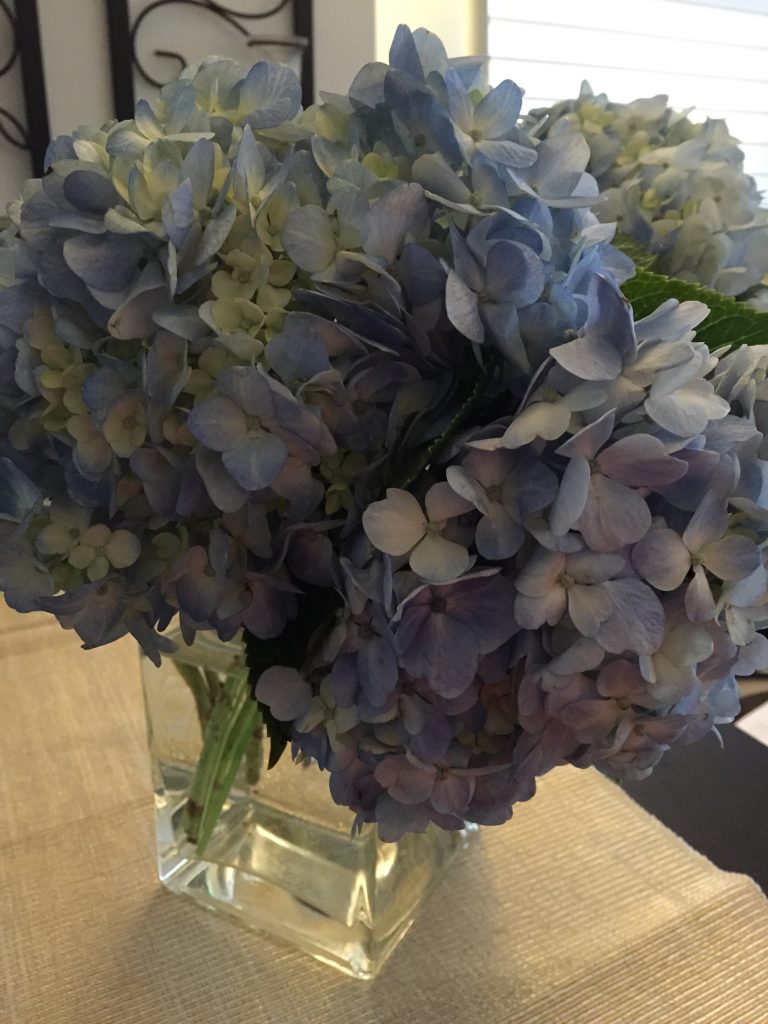 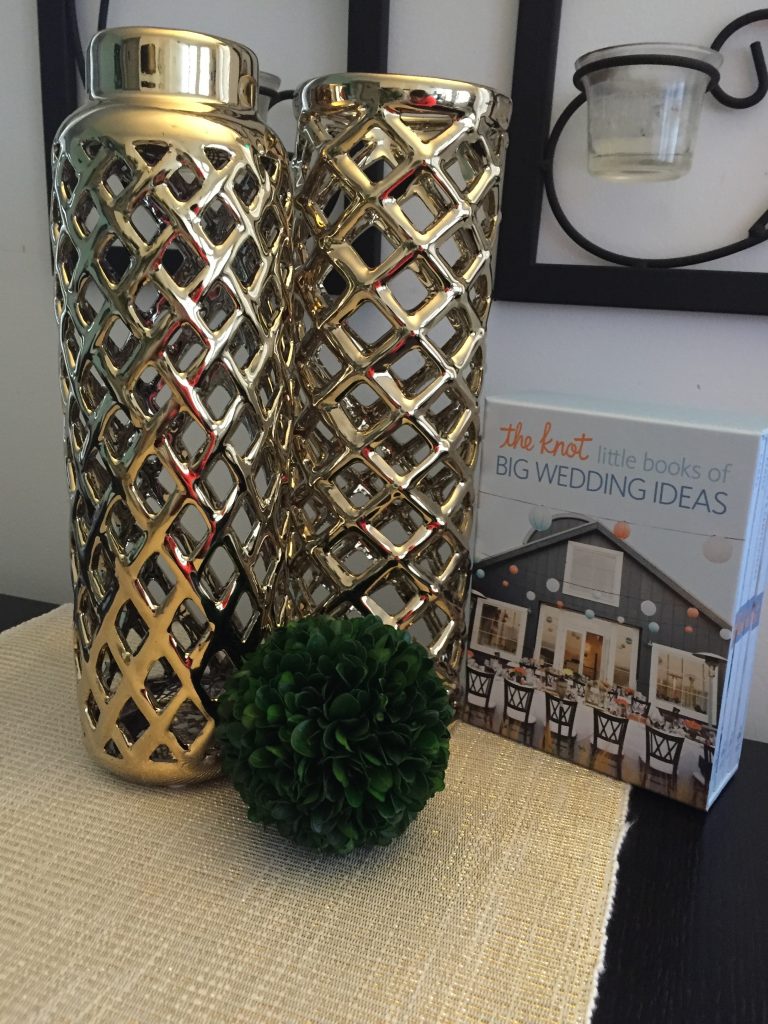 One of the services I offer my clients are curated gift boxes for any occasion, so I wanted to gift the ladies with a “Something Blue” Bridesmaid Box which included a few of my very favorite things, all in blue:

-LaMarca Prosecco:  8 times out of 10 when I am drinking you will find me with a glass of bubbly!

-Sugarfina Champagne Bears: ‘cause gummy bears are my favorite snack and again, see above.

-Voluspa Candle in French Cade Lavendar: I love all their candle scents but this one in particular is such a clean, heavenly scent which I often burn in my home.

-“Will You Be My Bridesmaid Card” with a French Blue envelope to match everything else in the box.  I wrote each of the girls a personalized note telling them what their friendship means to me and how honored I would be if they chose to be a bridesmaid.

To match the “Something Blue” theme of the brunch, I chose table linens and blue hydrangea flowers, green boxwood topiaries for pop and shiny gold décor table accents to tie into the boxes which were all placed at their seats.  This was also my way to communicate some of the design elements that will be used for our wedding.  All gold everything!  Well except for my girls…they will be wearing Navy and are literally my “Something Blue” and so I also wrote in their cards 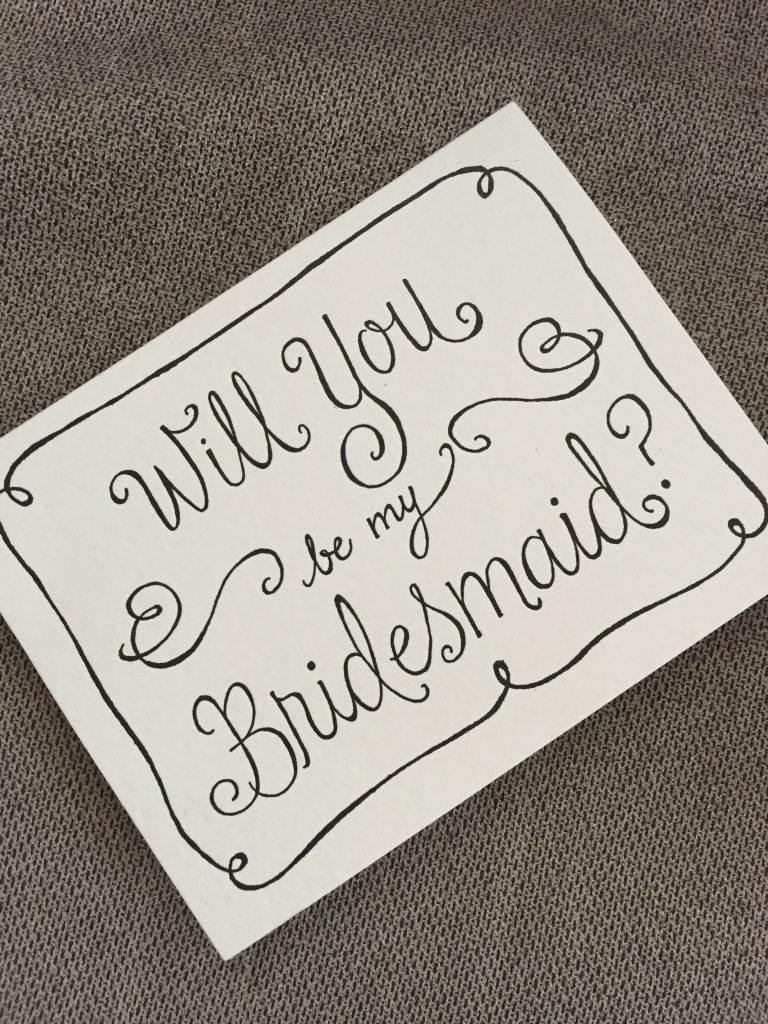 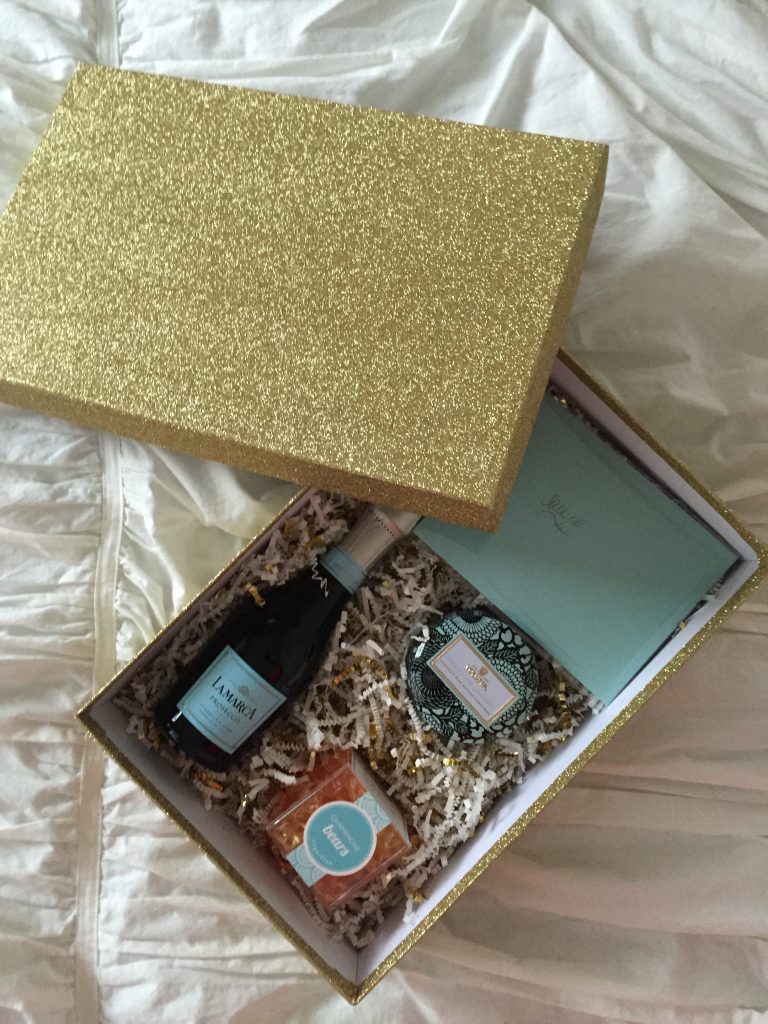 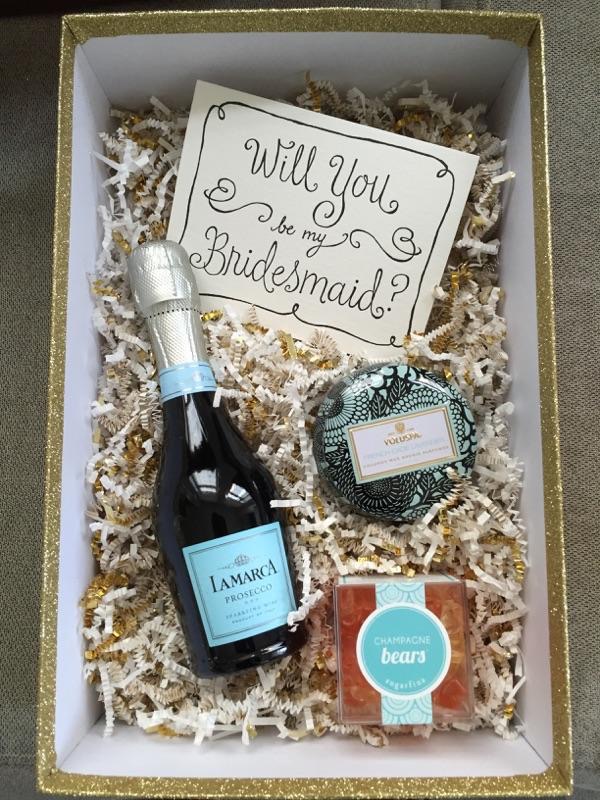 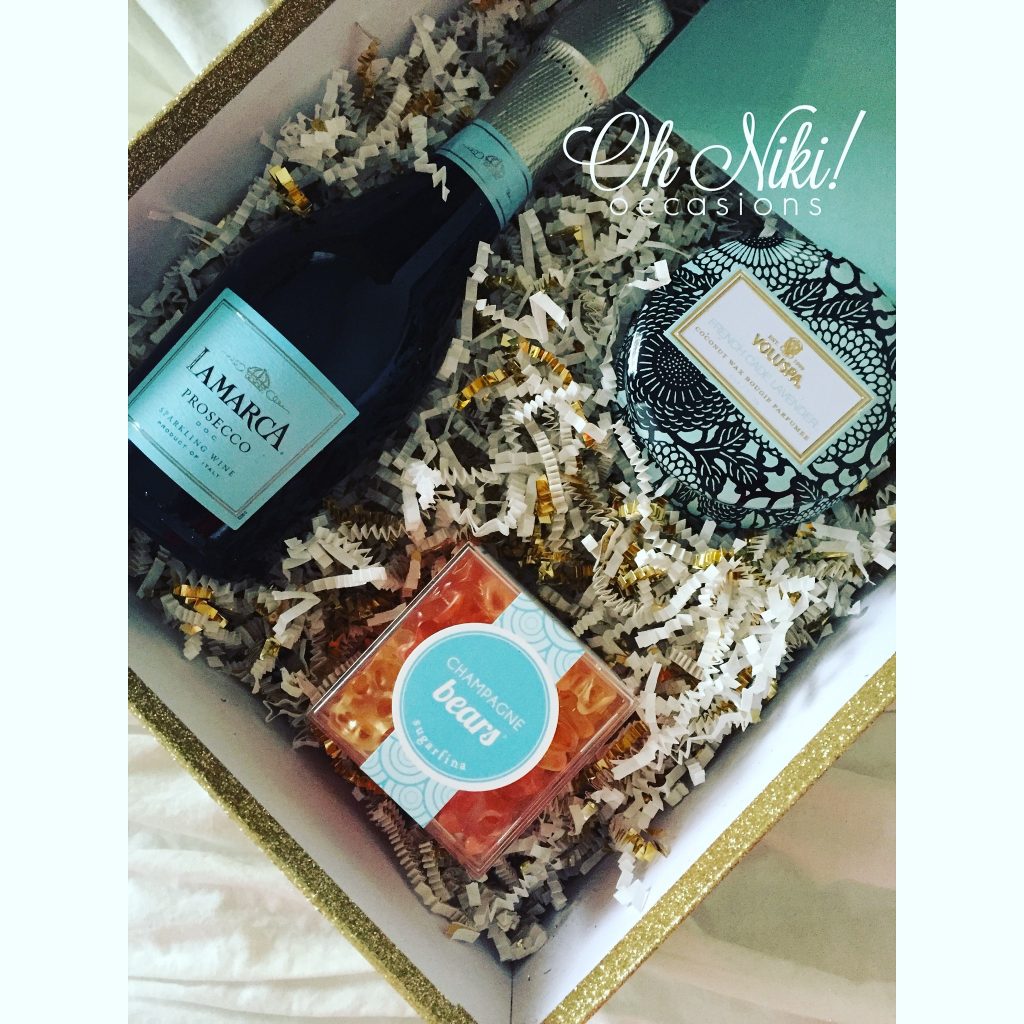 I love to cook and entertain so I put together a scrumptious menu for the occasion:  Shrimp & Spinach Quiche, Chicken Paillard served over a bed of Arugula, Creamy Crab Crostini, Baked Brie en Croute with Fig Jam and a Cheese Plate.  Then for dessert, a fruit platter, Madelines and Italian Rainbow Cookies.  I put a lot of love into preparing all of the dishes myself except for the desserts because sometimes you just need to ‘say no’ to doing it ALL and YES to store-bought timesavers! 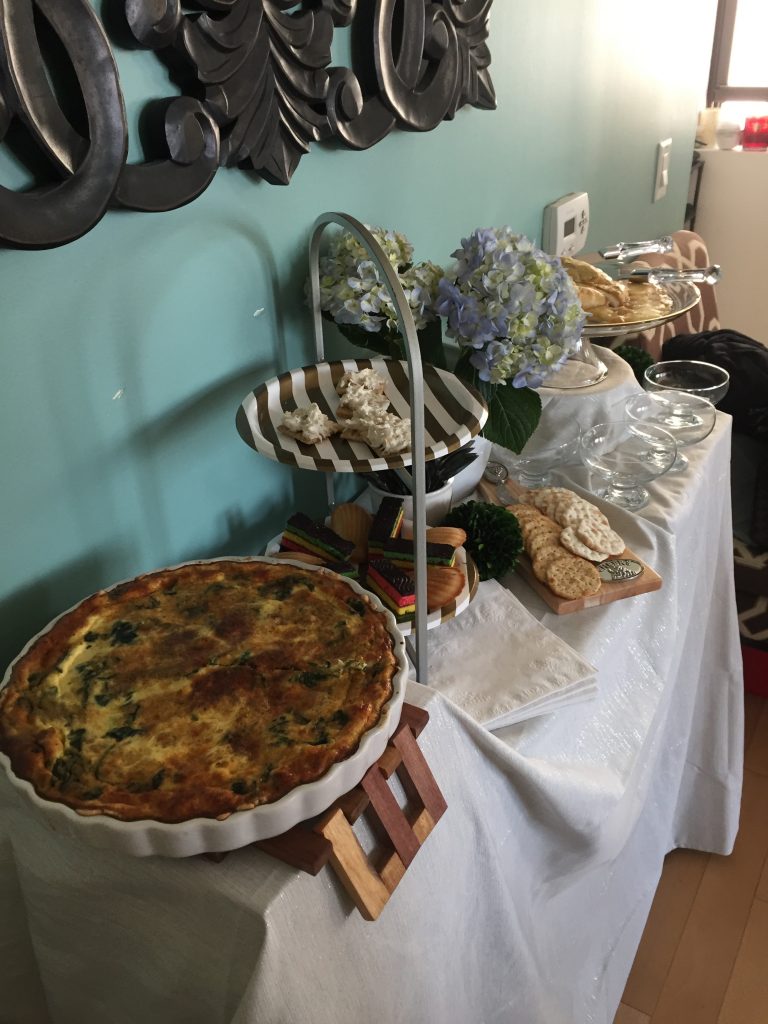 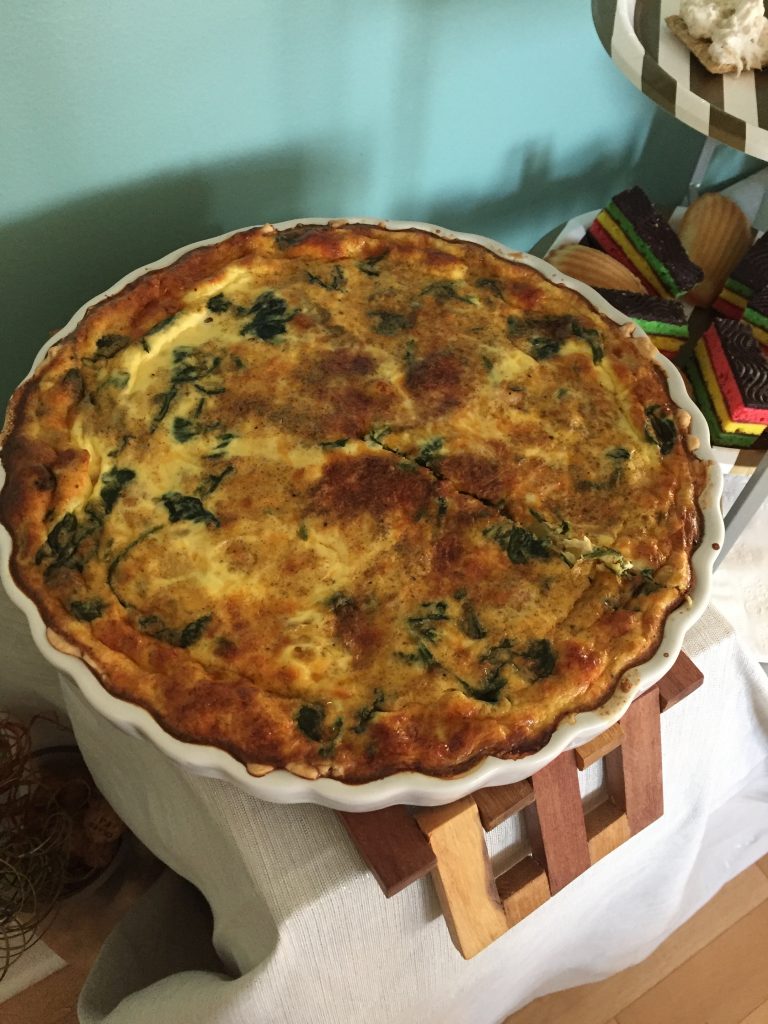 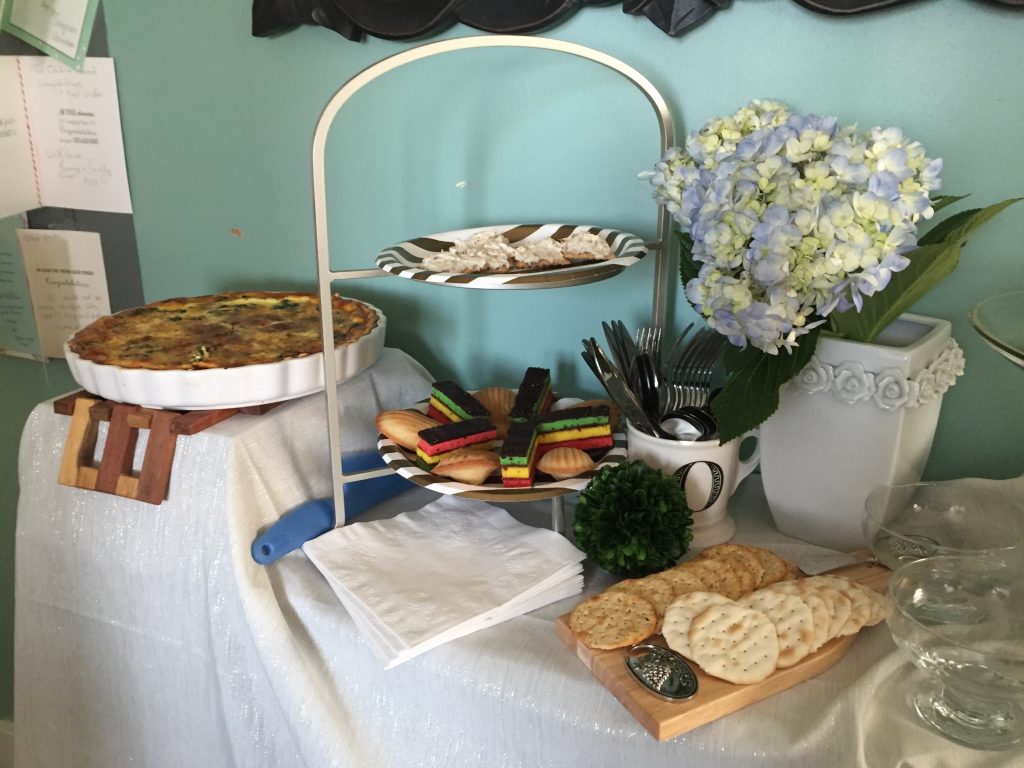 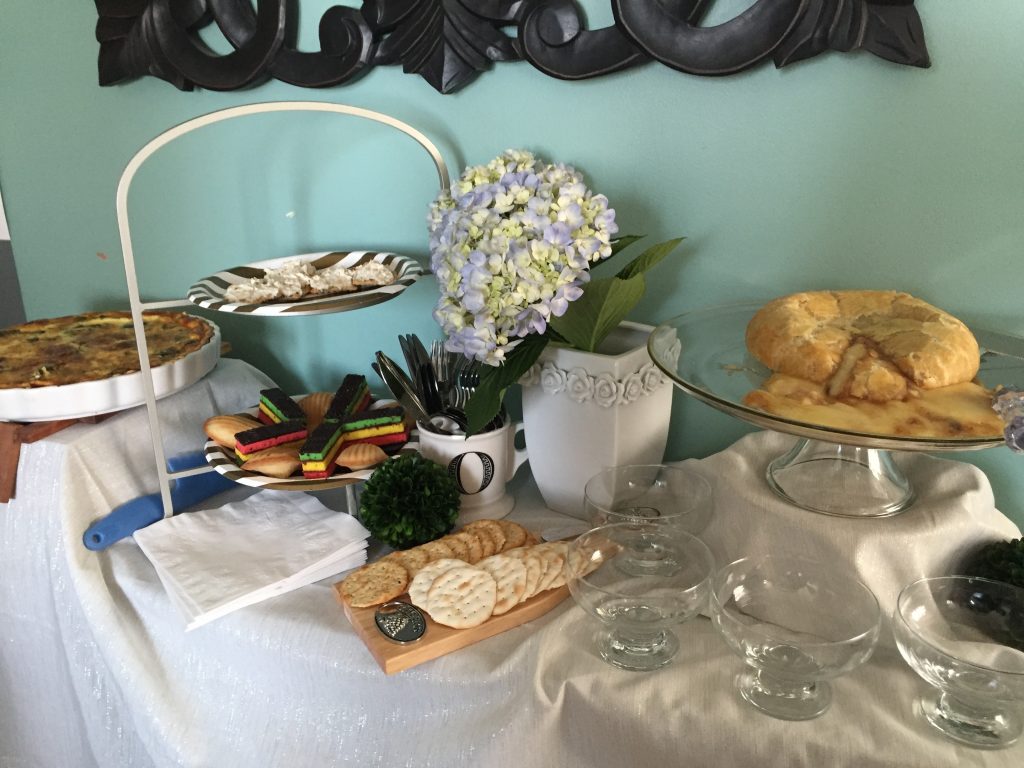 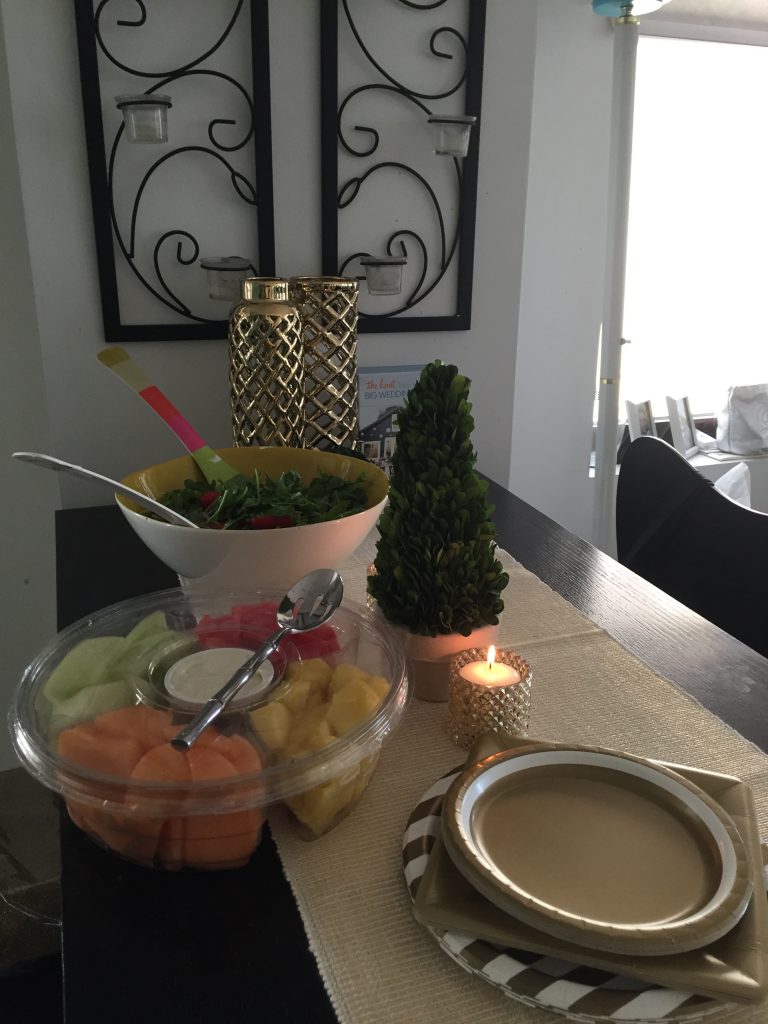 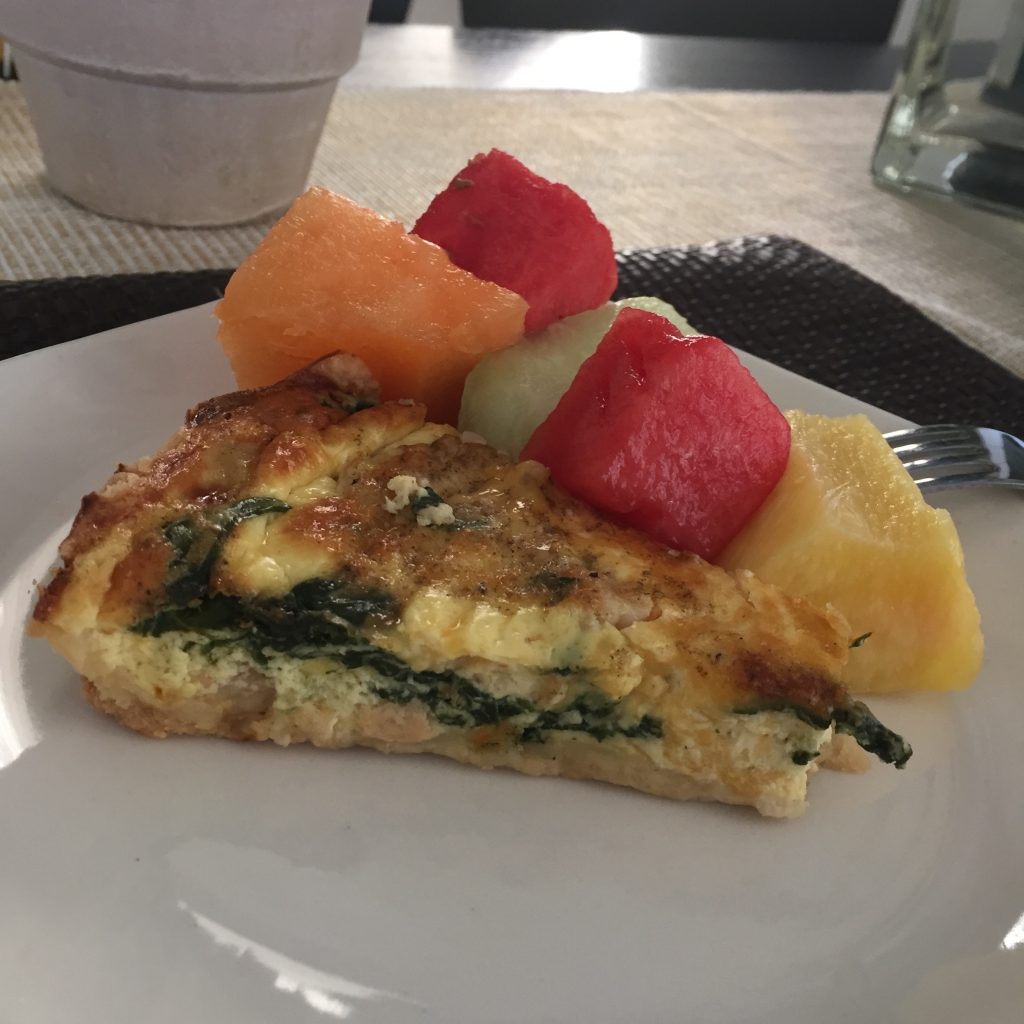 They loved it all!  Four of the girls came over that day as one had to stay home sick.  I later chatted with her and proposed via FaceTime as I did with the other ladies who live in Florida, Canada and Bermuda.  The out of towners received “travel versions” of the same gift, using a gold bag rather than the box.   Through lots of happy tears, all of the ladies said YES!   It is so nice to know how important our special day is not only to us, but to these ladies as well.  My riders, who I know have always wanted ONLY the best for me and who value my happiness, always. 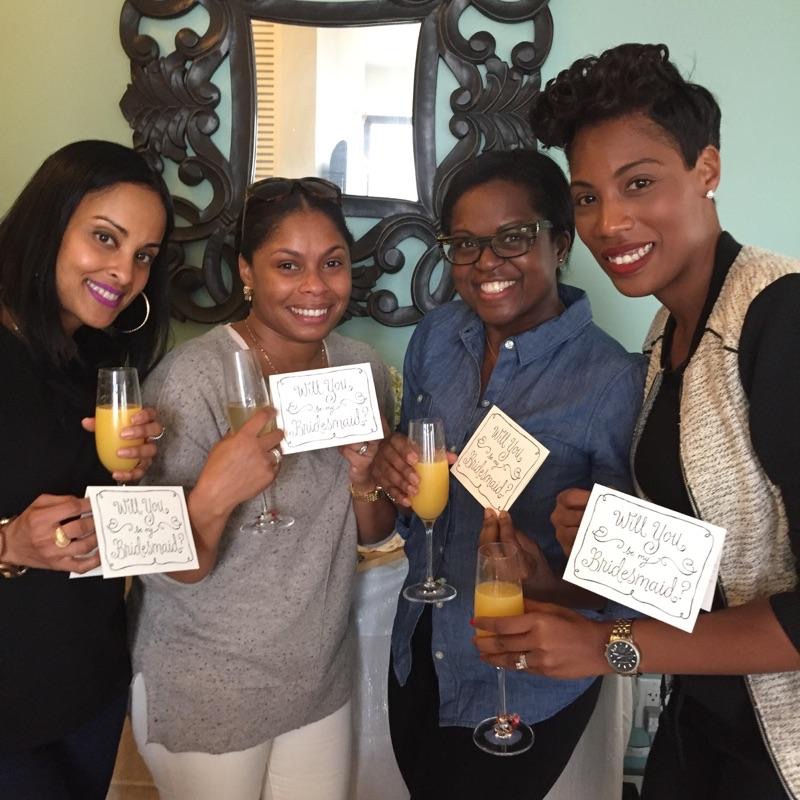 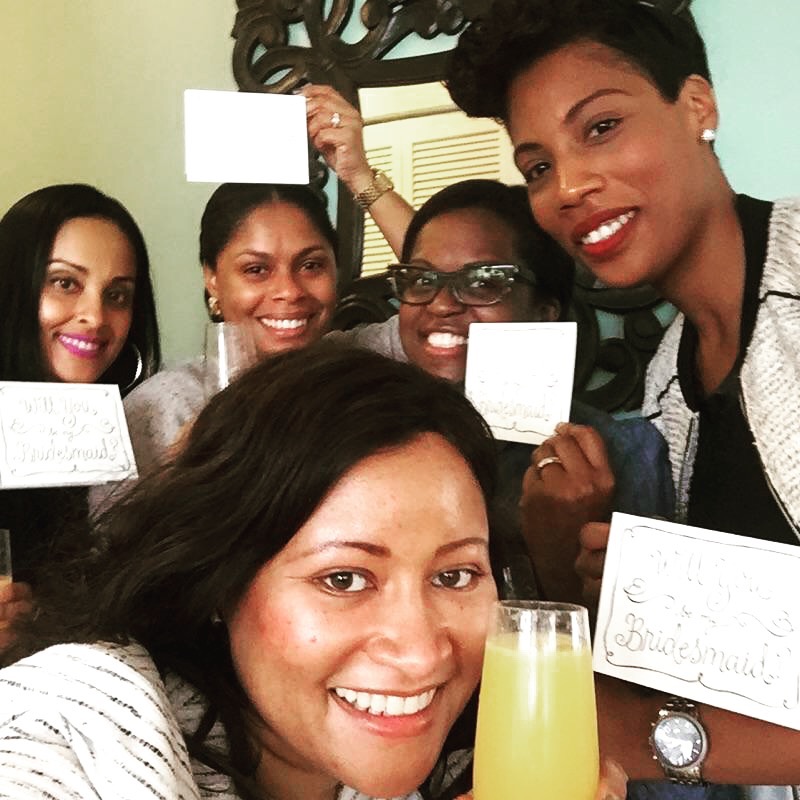 My fiancé Jamel led a movement in his home country and now has a tattoo dedicated to that which reads “B.A.D.”  – an acronym for “Bermudians Against the Draft.”  My friend Ericka jokes that I should get one which reads “BAD2” since I am the Bonnie to his Clyde and so now that we have chosen the Bridal Party that is gonna “Ride” with us for life, these are the girls that are our “Baddies”…and “Bad” they are!!  #baddies8 #meetthebaddies

Tayla and I met many years ago through a mutual friend who was Tayla’s roommate at the time.  We grew really close over the years, especially after Tayla started working in NYC just one block away from my office which made frequent after work Happy Hours inevitable and now we are the best of friends.  I was honored to be one of her three bridesmaids when she got married a couple years ago and now she is returning the favor!

“KK” and I met through her sister Sharma (also a bridesmaid) during a time when we were all living in the NYC area.  We became very close over the years during our travels throughout the world to see one another – Italy, Los Angeles, Chicago, Canada and everywhere in between that Karina has lived to play professional soccer.  KK is like my Life Coach and a constant motivator while I am KK’s Personal Shopper and sometimes virtual assistant!  In fact, she was the one person to be relentless in her encouragement for me to start my own business and for that I am so thankful!  Thanks to FaceTime we don’t need to live in the same country to see each other and stay tight!

KK & Sharma’s Aunt Terri was my Godmother, so that makes us “cousins” or at least that is the easiest way to explain our relationship to people!  Sharma & I first met at a Broadway play with Aunt Terri.  We would unfortunately not see each other again until Aunt Terri’s funeral just a couple years later.  At that time, we connected and decided to walk in a 3-Day Breast Cancer Walk in her honor the following year.  Walking 60 miles together and sleeping in tents in the wilderness of NYC bonded us for life!  Now Sharma lives in Florida with her hubby, son and daughter who is one of the adorable flower girls!

Jasmine and I were classmates in college at The Fashion Institute of Technology.  We met one semester on the first night of class during an “interesting encounter” when we learned that we shared a mutual friend.  “Niki Biniki” and “Jazzy Binazzy” have been the best of friends ever since!

Similar to a modern day version of Cinderella, Sallie sold me my prom shoes and we have been the dearest of friends ever since!  We became close while working together for many years at Kenneth Cole where I began my career in the footwear industry.  It’s been many years since, but if you us two “Mamasitas” together in a store again today – or anywhere for that matter –you will see that we have a chemistry and a bond that is so in sync that together we are unstoppable!

Ericka and I met 9 years ago when we both moved into the same condo building in Jersey City.  For many years we planned social events together for the residents of the building where we still reside, as well as for our own circle of mutual friends. That equates to years of fun, laughter and memories.

Evelyn is my Sister in Law of nearly 17 years!  We grew close over countless dinners out in the early years of she and my brother Les’ relationship and Evelyn, aka ShiShiPu, has given me the best gifts EVER, my beautiful nephews Cameron & Christian.

LeRoya is one of Jamel’s younger sisters and has grown close with me since we first met. It’s almost as if we are the siblings since Jamel doesn’t like to talk about “all that girly stuff.”. LeRoya is also mother to Little Miss Nylah, one of the two adorable flower girls!

We also proposed to the guys with a Custom Printable and mini bottles of liquor to get the party going!  With just a couple months left til our Wedding Weekend in Florida, we can’t wait to keep on partying with our riders, not just on our wedding day, but always.  For a lifetime. 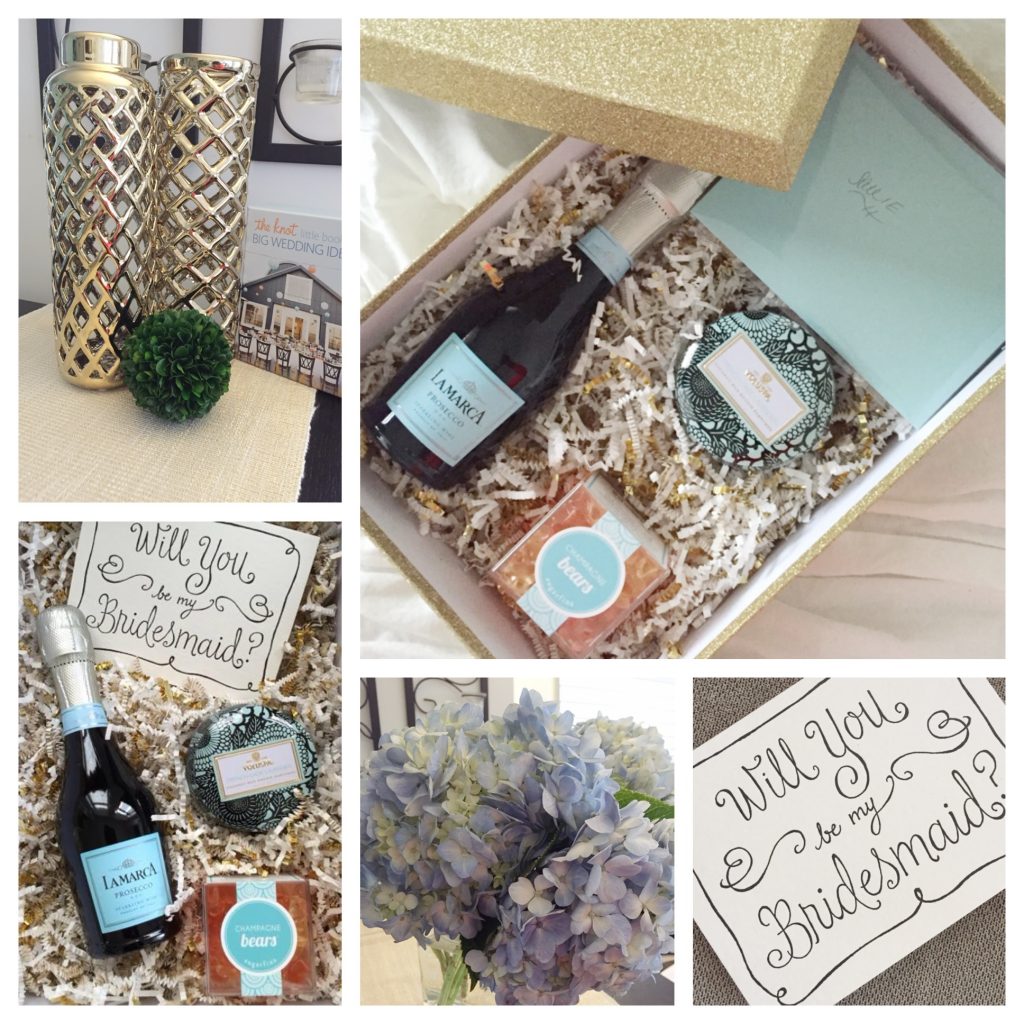 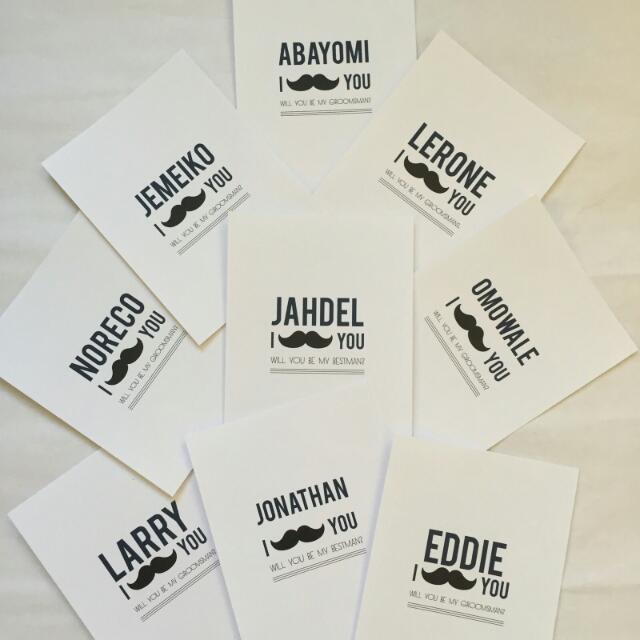 Until next time, continue to make every day an occasion!