I refuse to believe I’m the only bride who started searching “bridesmaid proposal” on Pinterest just days after I got engaged. Who am I kidding? I started pinning away that next morning! The only thing I was sure of was which amazing women in my life I was going to ask to stand by my side while I married my forever love. But, I’m so absolutely type-A that I wanted each proposal to be personalized and perfect! After sitting on Pinterest and Etsy for way too many hours, the only thing I had was a headache, but a few ideas nonetheless. I decided on making a bridesmaid proposal box for each individual. I kept searching and noticed a ton of websites already had pre-made boxes. I was definitely more into the idea of putting together my own personalized one for each person. This is where Etsy and Zazzle came in handy!

If you ask anyone that knows my fiancé and I, they will tell you we both love to gamble. I mean, our wedding hashtag has the words lucky in love in it! I found cards on Etsy that needed to be scratched off to reveal the message on the front, which was my first step in building the perfect proposal box. I hit the mall and purchased some very pretty keepsake boxes for each bridesmaid dependent on their style and personality. After aimlessly walking in and out of each store, I started to collect some ideas of what else to include in their proposal. I spent weeks making sure each box was perfect before I popped the (seven) questions.

First thing I had to do was put two boxes in the mail with special notes to FaceTime me the minute they received them! The first to answer my question was my maid of honor, who lives in Syracuse, so I had to not so patiently wait for her to receive her package in the mail. I’ll never forget her face when she started to scratch the card, saw maid of honor, and the flood gates were officially open; cue the ugly crying! I, of course, have it all recorded as well, which is a nice form of blackmail for the future 😉 My second proposal box had made its way all the way to Canada and of course the answer was yes! I then started to make individual plans with the rest of the soon-to-be bridal party to hand deliver each box. After a few weeks, I had finally proposed to each member of my bridal party and I promised each of them I wouldn’t be too much of a bridezilla! Each and every one of them knew I was lying, just a little bit. I think the first question out of some of their mouths was when are we going to start planning the bachelorette in Vegas?! But, that’s a story for another time with a giant glass of wine in hand 😉 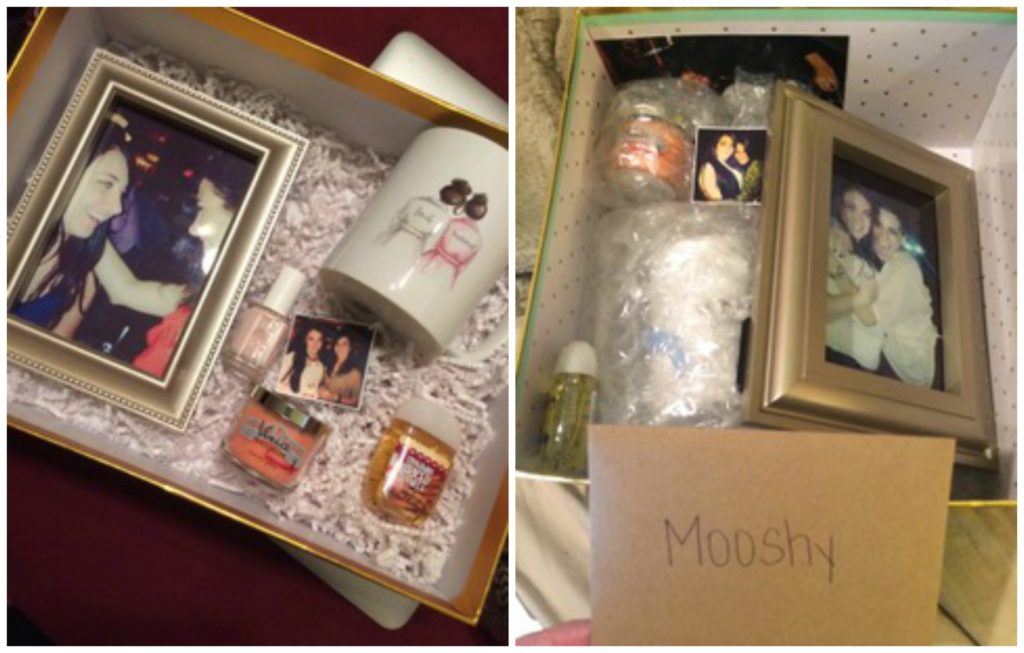