It’s typical boy meets girl in high school, but instead we met in a bowling alley so it’s a bit different. I don’t think either of us really thought we were entering into a relationship that is now going ten years strong. If you ask Michael, he will definitely say he knew from the moment he first saw me, but that’s all for the brownie points. So, we met in a bowling alley one night and I honestly thought he was a bit of a jerk because of how passionate he is on the lanes. I should premise this by saying we are both avid bowlers and grew up loving the sport (yes, bowling is a sport my friends!). Anyway, I am just as intense on the lanes as he is, so we definitely already had something in common.  We talked for a little over a year before making it official on November 11th, 2006. We definitely have the cliche anniversary on eleven-eleven and honestly, its great because I know he will never forget it and neither will I.

You reach a certain age where it seems one by one every friend starts getting plucked off and married. We definitely had a year where we went to a plethora of weddings and I even caught the bouquet at some of them. I even stopped standing up when that time of the night came because it became a running joke that wherever I was standing, that bouquet was tossed in my lap! We had spoken about getting engaged multiple times and I’ll admit I was definitely getting a little antsy at times. Any of my friends reading this are probably laughing because I was a psycho already pinning my wedding board and they would definitely use a different word than antsy. I knew at this point we were going to take that next step and get engaged, and I think he was secretly having a little fun torturing me for a few months about it. Instead of telling you how we got engaged, I’ll let you read how the morning went for me and him separately. Here are two excerpts from our wedding website (because, yes I’m one of those neurotic brides with a website):

How The Morning Went For Him

“I wanted my proposal to be special, but also to surprise and shock her. Anyone who knows her, knows she has great investigative skills. That eliminated a few of my ideas. My brother told me if I really want to surprise her, I had to make it as random as possible. So I thought of a plan. I had to drop my passport to her that Tuesday before I went to work, which is by her house. I concocted the plan that I would just ask her to marry me on her front porch on a random Tuesday morning. I wasn’t nervous about asking her to marry me. For us, it was only a matter of time. The only part I was nervous about was when I called her parents to tell/warn them of my plans. Theresa answered at work and I told her, then I called her dad. No answer. Called again 15 minutes later. Nothing. So I texted Theresa to let her know. Kevin was home sick from work that day, lucky for me. When he woke up, he started asking Jackie why I was calling him. After a flurry of calls by Theresa and I, we finally spoke and I had to make up some excuse to Jackie of why I called him. After all the worrying that she may have somehow figured something out, I knocked on the door and while she opened the door, I was on one knee. I’ll never forget after she said yes, she kept saying “is this for real?!?!?”. She also thought I was going to go to work that day, which was very funny. While at lunch celebrating, I half jokingly said we should go to Atlantic City the next day. When we got back home, a room was booked. If you know me, you know how much I loved that, further proving that I made the perfect choice.”

How The Morning Went For Her

“It was a cold Tuesday morning in January, and I was in the kitchen making chicken noodle soup. Earlier that morning, Mike called me and mentioned he was going to stop by my house on his way to work to drop off his chewed up passport. (That, of course, is an entirely different story!) I went about my morning with my hair in a top knot and my big, baggy sweat pants on cleaning and cooking. I knew he went into work at noon on Tuesdays and I was concerned he was going to be late if he stopped at my house. He then said his mom would just drop it off later that day and I thought nothing of it. Prior to this conversation, he asked me what my plans were for the evening and I said Pretty Little Liars was on, so I was busy. Oops. Anyway, I heard a knock at the door around 12:00PM and watched my dog run to the window and start barking. I opened the door to find Mike down on one knee and I immediately burst into tears! He said to me, “I Love you Jackie, Will you marry me?” I of course kept crying like a baby and dropped to the floor while saying, “Yes, Yes, of course!” Even though I was waiting for this day, it still didn’t feel real for me. I even kept saying, “Are you serious? Is this real?” If you know me well, it’s hard to surprise me because I’m like a cop and investigate everything! This was the most perfect way to surprise me and catch me completely off guard! Silly me thought he was still heading to work that day! Lucky for me, he took the day off and we started celebrating with some champagne and lunch!”

We may not have the most extravagant proposal, but it was absolutely perfect. He knew after all these years, I am one of the hardest people to surprise because I seriously think I’m a detective sometimes. It was everything I could’ve wanted and I honestly cannot wait to marry my best friend. With that being said, I COULD NOT WAIT TO PLAN! If you haven’t already guessed, I am completely type A and was dying to get my hands on The Knot wedding planner. Lucky for me, my maid of honor surprised me with it the week we got engaged. I dug into that planner like I was Jennifer Lopez in the The Wedding Planner (a movie I obviously am obsessed with). We knew we financially had to wait at least a year and a half to get married, so we decided to throw an engagement party to celebrate. It was one of the best parties I have ever been to and I’m not just saying that because it was mine and I planned every minute of it. I promise other people will definitely agree with me! We had been to so many sit down engagement parties where no one mingles and things just get awkward and honestly, it’s not much of a party! With that being said, we did it all for our engagement party! Mike and I threw a cocktail party with open bar, a photo booth, a DJ and I even surprised him and our guests with a Craps Table complete with prizes to win at the end of the night. We are both avid gamblers and love the slots so there were hints of a lucky in love theme going on throughout the night as well. It was magical and going to be so hard to top when it comes to the wedding.

Once that party was done and over with, we started doing our research to pick a venue and a wedding date. THIS WAS SO HARD! We didn’t have any special dates in mind and didn’t know where to even start. Guys, there are 365 days to choose from and this is your wedding; it all starts with a good date. We decided on the month of September and it only made sense to do Labor Day weekend because it’s a long weekend. Wait, everyone doesn’t pick their wedding dates based on long weekends and days off from work? Oops. Well, it was decided and we started venue shopping, but it didn’t take long to decide on The Grandview. The view is magical and breathtaking alone enough to book it solely on that. Things have started to fall into place after attending several bridal expos. Let’s be honest, every bride only goes for all the free swag and if you say you don’t, you’re so lying! So far, we have booked our venue, photographer, videographer and DJ. OH, and I almost forgot the most important part; I found the wedding dress of my dreams. You can definitely say we are a bit ahead of schedule, but no one would expect anything less from the most type A bride like me and I wouldn’t change a thing! 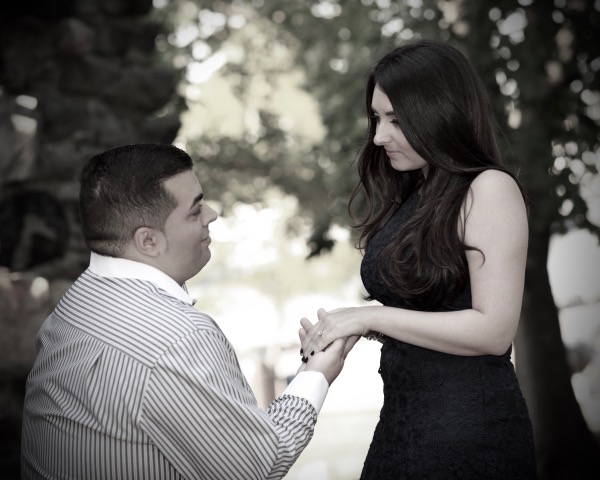 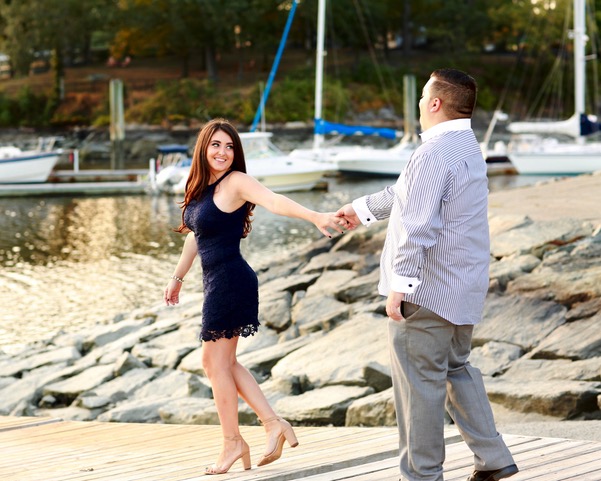 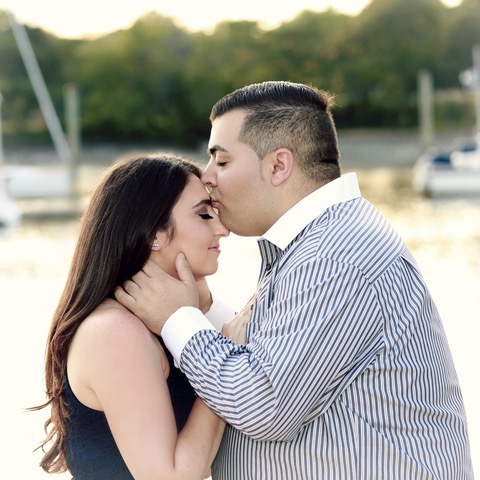 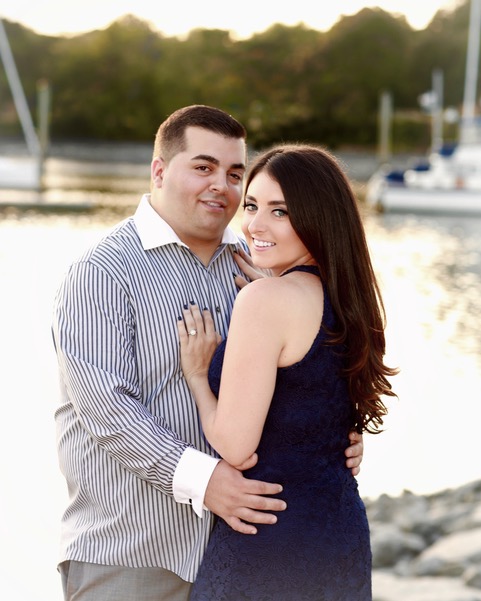