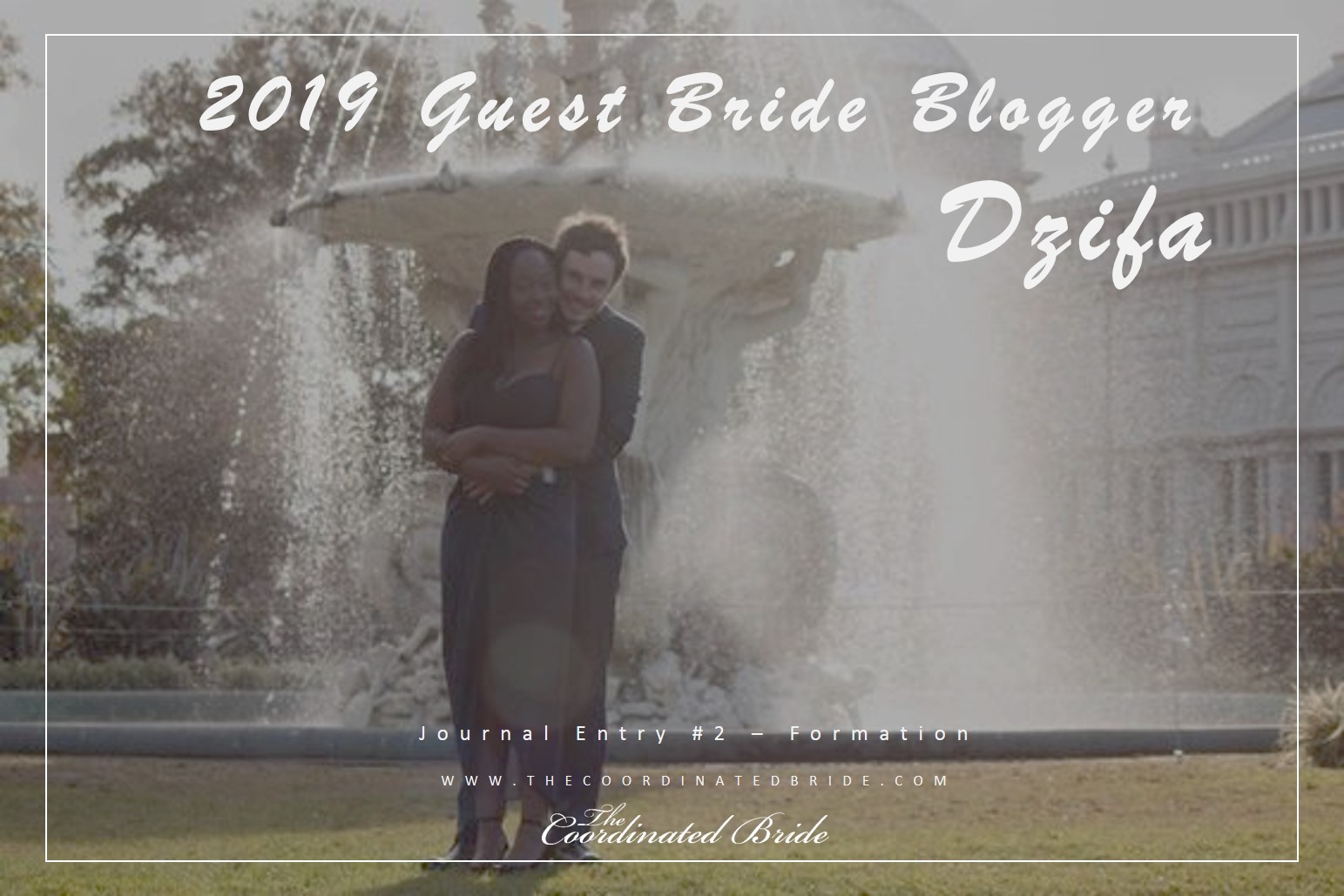 How I chose my bridesmaids:

Before I became engaged, I hadn’t put much thought into who I would ask to support me on my big day. In fact, the only time I can remember thinking about it was about ten years ago. During a less than riveting high school class, I asked my good friend Ben if he’d be my man of honour (and volunteered to be his best woman) when I eventually got married.  Fast forward to 2017, I was a little bit stuck on where to start with choosing from my closest family and friends.

For me there were two sets of expectations to manage. The first was that I did not want to make any of my friends feel left out or call into question how much I valued their friendship. The second was expectations from family, friends, colleagues and even strangers about the appropriate size of a bridal party. I was surprised to find a lot of differing opinions among my friends and family.  So I did what I do best, research! After reading dozens of bridal magazines and bridal blogs I finally came to a conclusion – there is no right number of bridal attendants and no universal way for choosing them, just do what’s best for you and your partner. Talking it through with Jesse really helped me work out who I wanted to have standing by our sides on our big day. We narrowed it down by discussing:

Taking this into account the obvious choice for maid of honour was my sister. Despite being almost 6 years younger than me, we are very close and have on occasion been mistaken for twins. After that four other ladies, from distinct stages of my life, came to mind. My god-sister, who despite having moved around the world during our childhood, was always like another sister to me. My childhood next-door neighbour, who I would hang out with every weekend. My high school best friend who first suggested that Jesse was flirting with me. And finally my girl from University who on our first night on campus came up and told me “I can tell we’re gonna be good friends”.

I love a ‘crafternoon’, but when it comes down to it Jesse is the creative one in our relationship. So when it came to creating my bridesmaid proposals, I put together a set of my favourite pins and sent them to Jesse to see what he could design. At first, I really wanted to gather all the ladies together for a meal and ask them to be my bridesmaids but it simply wasn’t feasible. It became pretty obvious to me that the only time when these wonderful women would all be in the same city at the same time was the day of my upcoming engagement party. So I settled on something simple and meaningful.  I found a jewelry maker online and had them make a bracelet based on a motif from our wedding style. Jesse designed a card (and envelope) from scratch, which we could make by hand to go with the bracelet. It was really reaffirming to go through the process of designing and making the proposal cards together as a couple.

Saying our engagement party was packed would be an understatement. We had a much higher turnout than expected and our guests spilled out of my mum’s living room onto her beloved garden. Over the course of the afternoon, I took each of my bridesmaids upstairs and presented them with their proposal card. Even though I didn’t get the proposal party I wanted, taking them aside one by one meant I got the joy of seeing each one’s reaction in a private space. Some responded with tears and others with shrieks, but all said yes!

Oh and just in case you’re wondering what happened to my man of honour, Ben. Well he happens to a very close friend of the groom (best friends since preschool in fact). He will be making an appearance at our wedding as our best man.