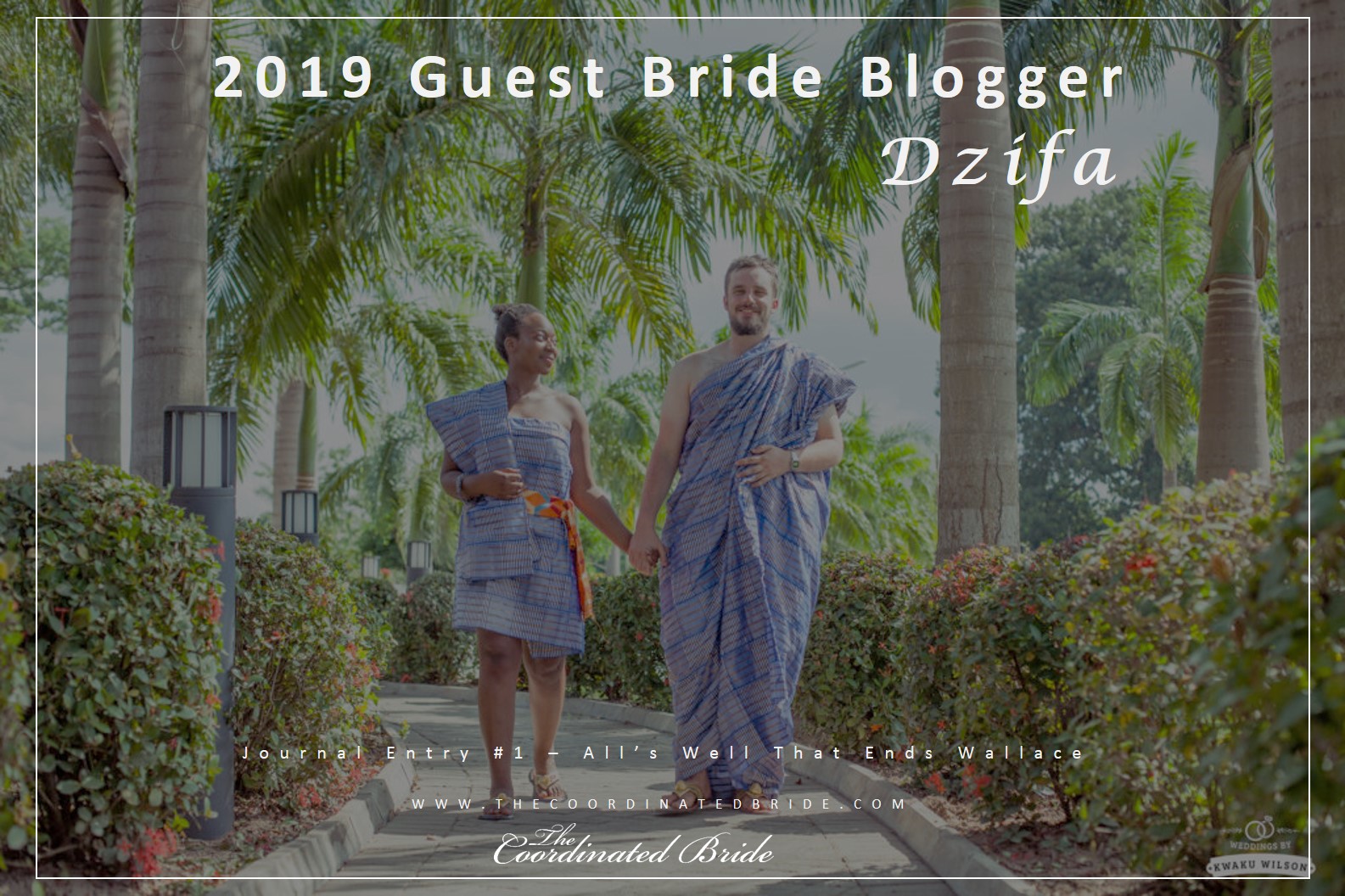 Hi everyone!  I’m Dzifa and I’m marrying the love of my life, Jesse in approximately 3 months!  Neither of us really remembers exactly when we met, but Jesse remembers the first time he noticed me. It was just over 12 years ago, during our first week of high school. Our science teacher had just mispronounced my name as she began the roll call, “It’s pronounced ‘jii –fah”, I said emphatically. I thought nothing of it, since people often mispronounce my name, but apparently it caught Jesse’s attention. “She’s cute,” he thought to himself. But this is not a high school sweetheart story. Throughout high school we were good friends but our love story didn’t begin until just after we graduated. In the weeks following graduation we began spending more time together and a summer romance blossomed. So it was bitter sweet when we found out we had both received offers from our first preferences for university. I was going to be moving over 600 kilometers away to Melbourne while he would stay in Canberra.

I really can’t romanticize it; those three years apart were agony, but I wouldn’t want to put anybody off because long distance isn’t all bad. There is definitely something to be said for the rush you feel when you see your love standing outside your bedroom window after weeks or months apart. But it certainly was hard work. For us, everything really fell apart when I spent six months in Canada on a student exchange. By the time I returned, our relationship was in tatters and we both realized we had to make a decision to go all in, or let ourselves move on. I suppose deep down, we both knew it was meant to be, because we both decided that we wanted all in. Six months later, I moved back home and we finally settled into our love story.

In my mind, Jesse and I became engaged on three separate occasions. Let me explain!

The first time: Jesse knew that in my parents’ culture a marriage is not just between two people, it is between two families. So in 2016 when Jesse and I made a trip to Ghana to visit my dad and my extended family, Jesse decided to approach my dad. My dad excitedly gave Jesse his blessing, before ringing my mum and my sister to apologize for having given it without consulting them first. They of course found this very humorous since they both loved Jesse and already considered him part of the family. I eventually caught wind of this humorous chat (my sister and I can’t keep secrets from each other for long). So I spoke to Jesse and we both agreed that getting married and starting a family was the long-term goal for our relationship. So we were engaged… kinda.

The second time: After Ghana we headed to Europe to visit Jesse’s family. Despite having already agreed to getting married, Jesse still wanted to get down on one knee and officially pop the question. Feeling a little bit rushed (we were spending the week in Paris and there were people proposing everywhere) I asked him to give me a little more time. “Maybe about six months”, I said flippantly. So Jesse planned an elaborate proposal for exactly six months later. On the day he proposed I had breakfast by the lake with my god sister. On the way home she said we needed to make a quick stop on the way. Next thing I know I’m at the airport with Jesse and we’re catching a flight to Melbourne. The next three hours were a bit of a whirlwind as I am the type to want complete control. “Who packed my bag?” I asked as we arrived at a beautiful hotel in the Melbourne CBD. Jesse smiled and told me to get ready since we were running late for a meal at a nice restaurant. He pulled out a nice dress and told me to put it on.By this stage my adrenaline levels had peaked as I began to realize what might be happening. As we walked through Carlton Gardens (my favorite park), Jesse stopped by the fountain. To this day I can’t remember what he said since I was so excited and nervous. He got down on one knee and asked me to be his wife. “Of course I will!” I exclaimed and eagerly stuck out my hand. I turned around and my best friend (who also happens to be an up and coming photographer) popped out from behind a tree with her camera. Jesse had flown her to Melbourne to capture the moment. So we were engaged…more or less.

The third time: A year after Jesse officially proposed we traveled back to Ghana to have a traditional Ghanaian engagement. Jesse’s family traveled to Ghana from Australia,the United Kingdom and Germany to ask for my hand. On the day, I patiently waited inside the family home, while Jesse’s family presented a series of traditional gifts to my family and made their case on Jesse’s behalf. As the culture dictates, at the end of the ceremony, my dad asked me if our family should accept the gifts Jesse’s family had brought. I said ‘yes’, everybody cheered and Jesse placed a ring on my finger. So we were engaged…definitely engaged.

I must say, I have never felt more loved than I did on the day of our traditional Ghanaian engagement. Having a partner who embraces every part of me is the greatest blessing. Being surrounded by family and friends who had come from all over the world to support us was the perfect beginning. Now that we’re definitely engaged, we’re planning our wedding day and I am beyond excited! We’ve put together a huge Trello board on our bedroom wall (yes I am Type A) and we are planning a wedding that will truly reflect who we are, one task at a time.