On Easter Sunday, April 20, 2014, Jacobi Fenner popped the big question and of course I said “YES”! Ever since that glorious day we have dove head first into planning for our special day. One of the very first tasks we completed was setting the date, choosing the wedding colors, and picking the attendants for our wedding party. Our wedding colors are tiffany blue, coral, and white chosen by guess who… Jacobi! I was having a difficult time choosing a color scheme when he came up with the brilliant idea that our colors should be the same colors of the outfit we wore when he proposed. And just like that, our colors were selected. I always knew that if we were to ever get married, I wanted us to wed in the summer months because our first date was in the summer and quite frankly, I’ve had some of the best summers since being with him. I wanted to choose an insignificant day so that it will be significant for us to always remember even when we are old and gray. June was out of the question because it is his birthday month, July is known for Independence Day plus it is just a busy vacation month in general. So my only option of course is August and what better way to get the last summer month started than by having a wedding on the very first day of August. And just like that, the date was set! 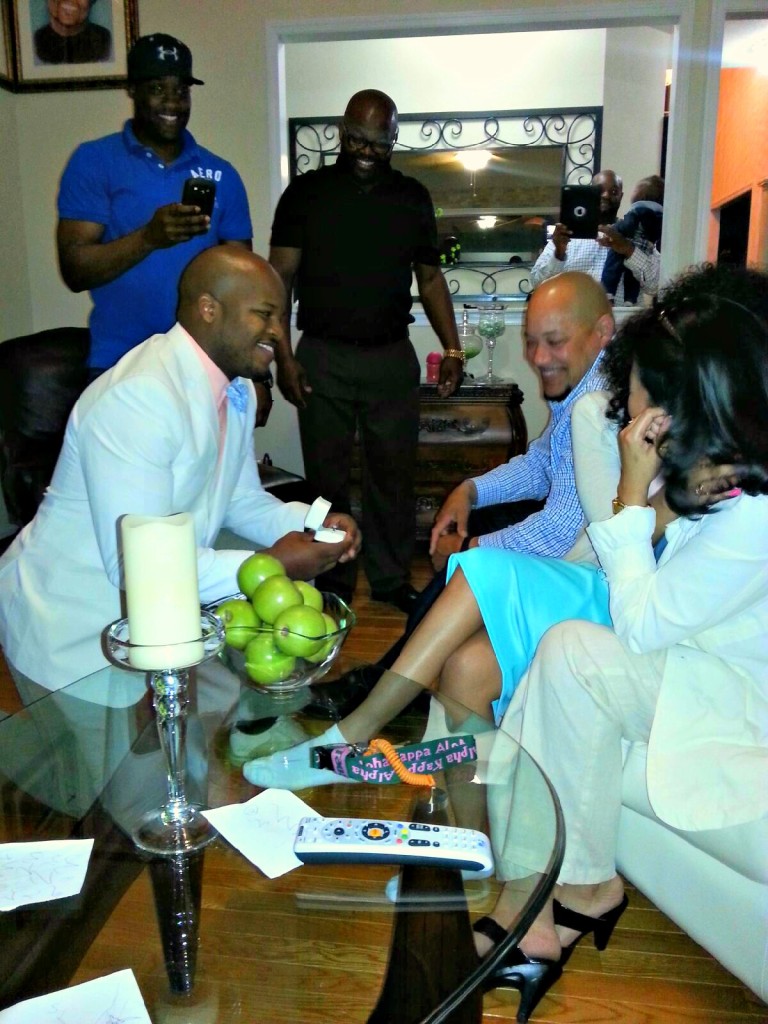 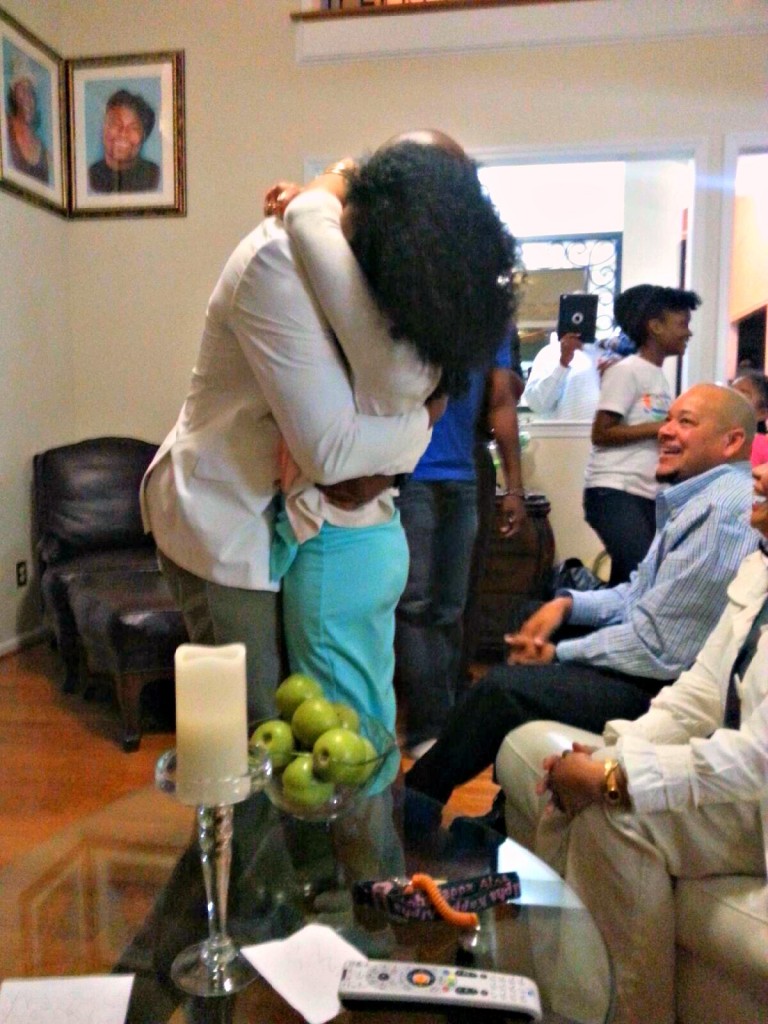 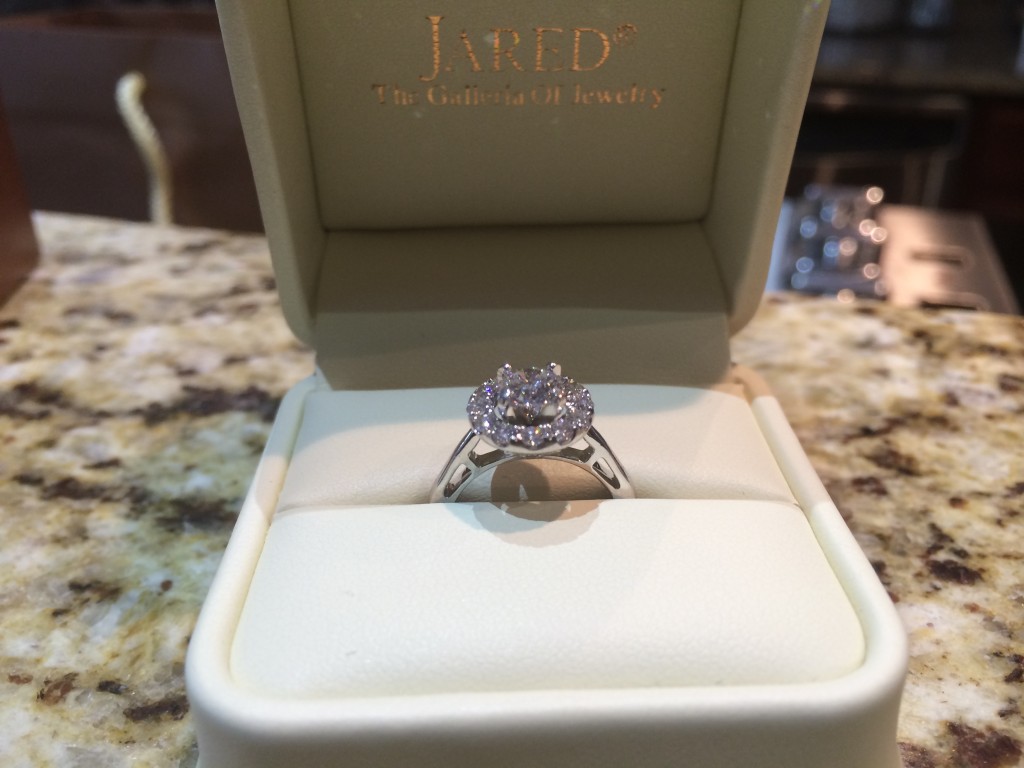 For some brides and grooms, choosing the wedding party can a very daunting task but for my fiancé and I, it was a piece of cake. My fiancé comes from a big family and I am an only child. He has six siblings, three sisters and three brothers, who of course had a definite spot in the wedding without a doubt. Jacobi has a total of nine groomsmen. He will have two best men both are his best friends, his three older brothers, his closest cousin, his long-time childhood friend, his line brother of Omega Psi Phi, Inc., and his nephew who will be our junior groomsman. He asked all of the guys to be a part of our day with a simple phone call or text message.

I on the other hand, I asked my gals in a much different way. I did not want to just ask because where is the fun in doing that, that’s boring. I decided the moment I said yes to marrying Jacobi that I was going to be a “Do It Yourself” bride because of my love for arts and crafts. So to kick off my one of my many projects, I decided I wanted to ask my gals to be my bridesmaid by making them a “Be My Bridesmaid” card. I do not have any sisters so the relationships I have with my friends are meaningful and I consider them my sisters. They are a big part of my support system and have been Jacobi’s number one fans since meeting him so I wanted them to know they are special and simply sending a text message would not be justifiable. I created a card that I mailed to each one. Each bridesmaid received the exact same cute “will you be my bridesmaid” poem except my maid of honors. My best friend’s card was presented the same way but with a poem that catered to asking her to be my maid of honor. It was not until recently, I decided to have my cousin as my maid of honor. Over the course of the yearlong engagement, she has gone exceedingly above and beyond. She would call/text me at all unconventional hours of the day and night constantly asking did I need anything or sending me Pinterest ideas. One of my wedding gifts from her was a surprise trip to South Beach, Miami all-expense paid! She literally sent me a random text that said “the trip is booked, when can you leave?” I then asked her about the cost of the plane ticket because there was no way I could afford this trip with the wedding being less than four months away and she told me once again, “the trip is BOOKED, when can you leave?.” Upon returning home from a fabulous trip, I realized just how much she has done and cleaned out her bank account without hesitation for little old me. I am grateful and appreciate her more than words could ever describe so I would feel honored to have her stand beside me as my Maid of honor. I wanted to ask her in a special way so I presented her with a gift box that contained a $25 gift card for a spa of her choice and the most important gift…a ring pop! With a ring pop candy, I asked her to be my maid of honor and she said yes! I have a total of eight bridesmaids; my best friend since sixth grade (Maid of honor), my favorite cousin (also Maid of honor), my best friend since she was in fifth grade, my best friend since college, Jacobi’s three sisters, and his niece who is our junior bridesmaid. 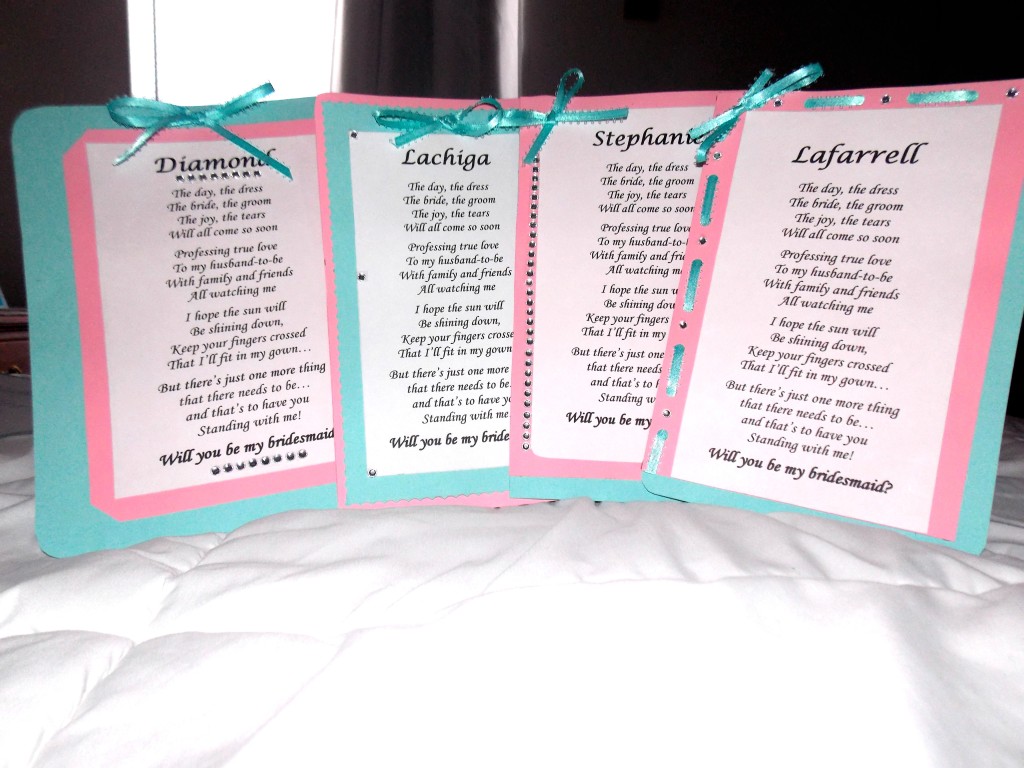 I know weddings are very expensive and in an effort to save money and plan accordingly, I wanted my gals to start planning for their bridesmaid dresses early. I scheduled an appointment at a bridal salon for my gals to find their dress back in September. I wanted everyone to get the opportunity to pick and try on dresses and give me feedback versus me picking a dress that I like that does not flatter anyone’s figure or that they all hate. So we all met up, they picked out dresses in the color that I requested, tried them on, and we all came to a mutual decision on the final dress. At this point in time, our wedding is over a year away giving them plenty of time to save money for their dress which ironically needed to be ordered at least fourteen weeks before the wedding. I was so excited that they said “yes to the BRIDESMAID dress” and that the process was painless. My bridesmaids will be wearing a long, tiffany blue, satin, strapless dress with ruching mermaid silhouette. My maids of honor will be wearing the same color and fabric but a different style. As far as my dress is concerned, I went to several different salons before actually saying yes to the dress. The first time I went wedding dress shopping, I went with my mother and maids of honor. We had a blast and there were a lot of beautiful gowns with potential to be mine but my budget said otherwise. I made a few more appointments at different salons by myself until I found “the one”. No one has seen my dress but my mother so it will be a complete surprise for everyone. 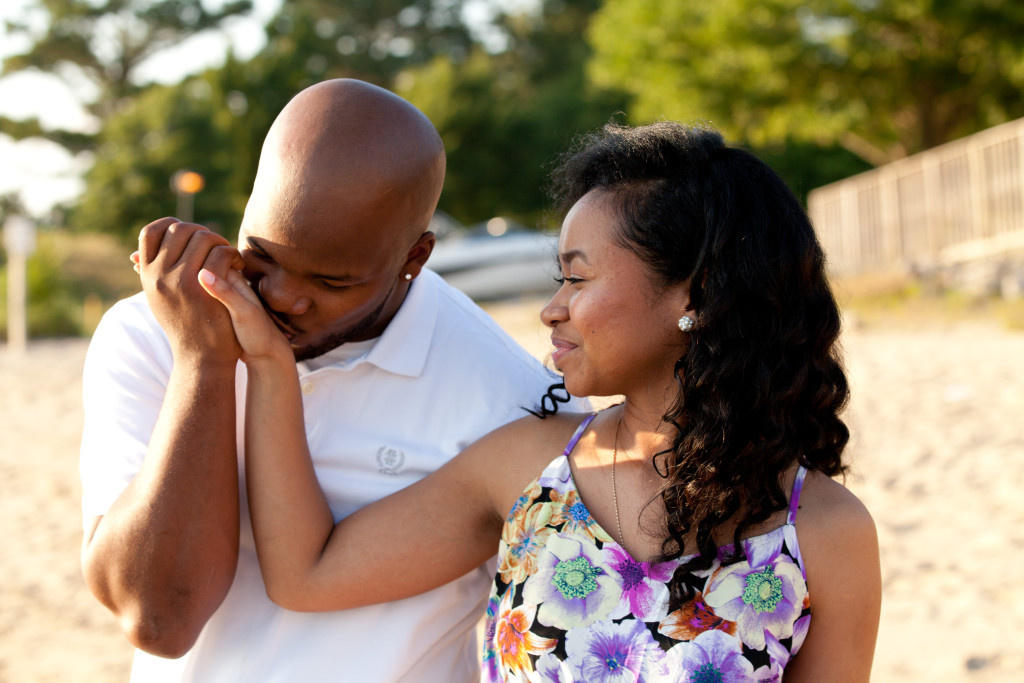 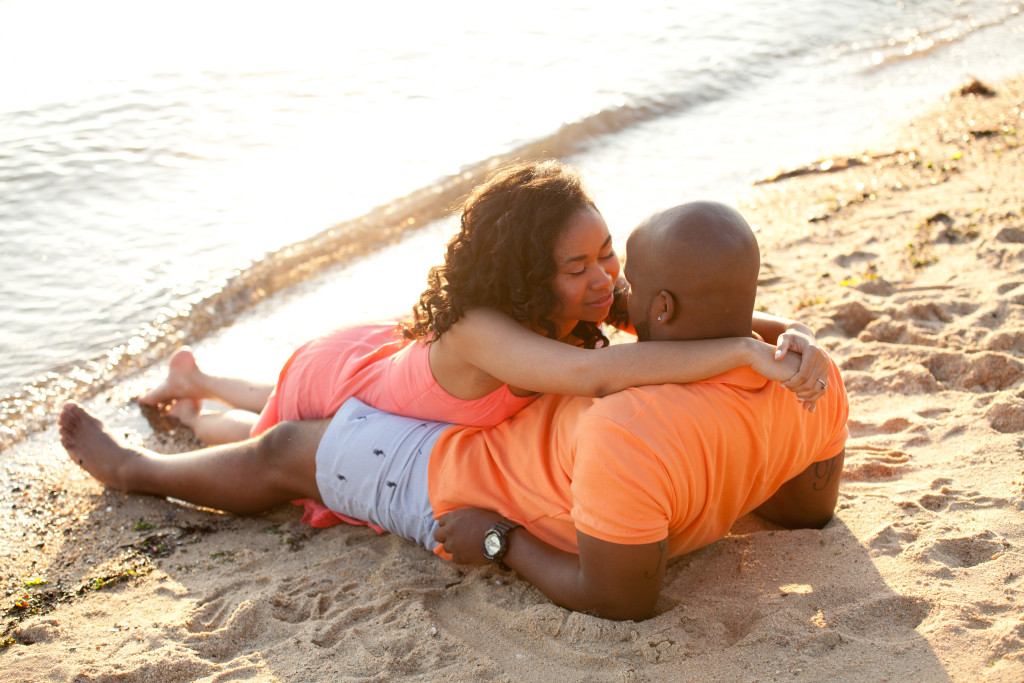