Happy Wedding Wednesday Coordinated Brides!  I want to introduce you to our newest Certified Coordinated Bride, Shamika Hill!! Shamika is tying the knot to her beau, Davion, on May 24, 2015 and has offered to share her last two months of her journey to the altar with our readers.

Shamika moved from Oklahoma to Texas back in 2011 not knowing that such such a huge step on her staircase of life would lead her to a husband.  I won’t give a way too much of her story though.  Sit  back and enjoy the read!

How many of you have been the girl that has always dreamed about her wedding? As cliché as it is, I am definitely HER! I have always known the kind of dress that I wanted to wear, particular songs that would play at specific times, the flowers I would choose, etc. However, although I knew what I wanted in my special day, I wasn’t quite looking for my Boaz. I like to think, that he found me.

My name is Shamika Hill. I am a small town country girl, hailing from Okmulgee, Ok. I attended college in Norman, Ok at the University of Oklahoma. After a long and trying journey, I completed my undergradate studies in May 2010. I walked away with a Bachelor of Arts degree and a testimony out of this world! LOL

In August 2011, I accepted an employment opportunity in Dallas, TX and decided to follow what I discerned as God’s plan for my next chapter in life. Little did I know what HE had in store for me.

I moved to Texas in August 2011, as I accepted and embarked on a new career opportunity. I was super excited about my new move, as I had never lived anywhere outside of Oklahoma. I was at a point in my life where I needed a change of scenery. I always wanted to relocate and when I was offered the opportunity something told me to take a leap of faith and “Just Do It.”

At work, I began to take a liking to a co-worker, Sharonea. Sharonea was such a fun personality! She one day told me she had a cousin named Davion and that she felt he would really like me. I asked her, “Why do you say that?” She went on to tell me I was his “type.” This instantly turned me off and made me not want to meet him. Besides, I was having a great time in a new city being young and carefree. This sounded like a relationship waiting to happen and at the time my motto was, “Ain’t Nobody Got Time for That!” I declined Sharonea’s gesture to introduce me to her cousin. As time went on, she would mention him, but I kept wondering, “If he is such a great guy, why is he single?” Never did it dawn on me that he was single because he was in preparation for lil ole me. One fateful day, Sharonea and I were at work and she randomly had Facebook open on her computer. It was in that moment that I lost my breath! I saw this handsome man with these GORGEOUS eyes! I immediately asked her, “OOOOOH Who is that?!” She replied by telling me it was her cousin that she has been trying to introduce me to! I instantly gave her the okay to give him my contact information. Being the gentleman that he is, he emailed me via Facebook and asked if it was okay for him to use my number to call me.

It’s history from there! We talked on the phone for hours at a time for about a month, and finally, I agreed to go out on a date with him. He took me to La Duni’s Latin Kitchen in Dallas. I remember having butterflies at the end of the first date. I thought he was the ONE but I wasn’t quite sure. After maybe our 2nd date, I knew he was going to be my husband. From that moment of realization, I vowed to God that I would allow myself to be in preparation for whatever it was that HE was doing. Thank you God, and Sharonea! LOL 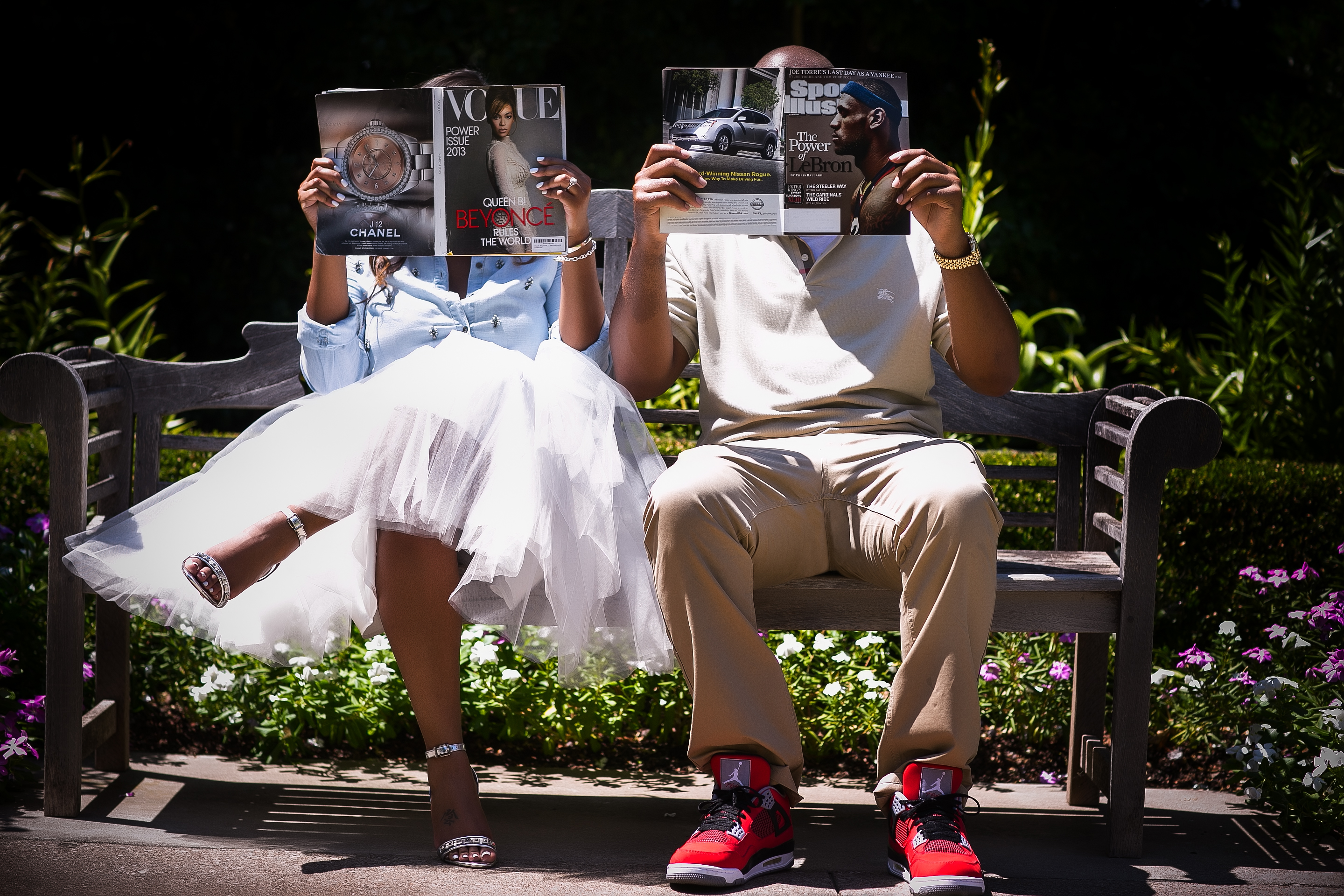 Friday, December 13, 2013. I will NEVER forget this day. It was the day that I was graduating with my MBA. Beyonce had also just dropped her surprise album, yes I remember this too. LOL I was so excited, as all my closest family and friends were coming into town for not only the graduation but a dinner that Davion had planned with the help of my very good girlfriend/Bridesmaid, Shannon and my cousin/Matron of Honor Princiss. I was very reluctant about having a dinner. A part of me just wanted to celebrate my accomplishment with Davion, but he was so gung ho on having a dinner.

Looking back, I do recall people being weird and acting strange. When I told my aunt I was going to paint my own nails, she was NOT having that! LOL She made sure I went out and got my make-up, hair, and nails done that morning. After the graduation, we all headed to one of Davion and I’s favorite restaurants, Grand Lux Cafe.

Once all 50, something of our guests were seated, and our food was brought out, Davion whispered in my ear, “I love you.” I said, “I love you too.” He then went on to say he had a gift for me and pulled out a gift bag. I told him I didn’t want to open gifts in front of everyone and aked if I could open it later that night. He told me he really wanted me to open it right there. My thought was, I didn’t want to make anyone uncomfortable that didn’t bring a gift but after he asked me again, I agreed to open the gift. I soon noticed all eyes were on me! Everyone was so eager to see what I got. There were cameras, phones, iPads, all pulled out and filming.

As I went through the bag that was full of tissue paper, I found a Zales necklace box. I instantly started smiling and said, “Zales??????” He answered, “Yes, but it’s not a diamond.” LOL There was a necklace I had been eyeing so I assumed that’s what it was. When I opened the box, it was PAPERS! I was so confused and laughing hysterically as my heart was pounding with anxiousness. There were a stack of papers. The first one said, “Congratulations.” The second one said, “Merry Christmas.” The third paper said, “Happy New Year.” The next paper said, “Happy Valentine’s Day.” Keeping up with the holidays in chronological order, the fifth piece of paper read, “Happy Birthday.” My birthday is in March, a little over a month after Valentine’s Day so I eventually began to think I was being punked as I recognized the pattern! The last paper in the box said, “Happy Everything. Now don’t ask me for anything until next year.” This cracked me up because it was so reminiscent of my very cheap and frugile then boyfriend. As I turned to him to ask what kind of stunt he was pulling, my groom was on bended knee! My joy and laughter was then replaced with tears, shock, and bliss. I proudly said yes as the entire restaurant burst into an uproar with applause! 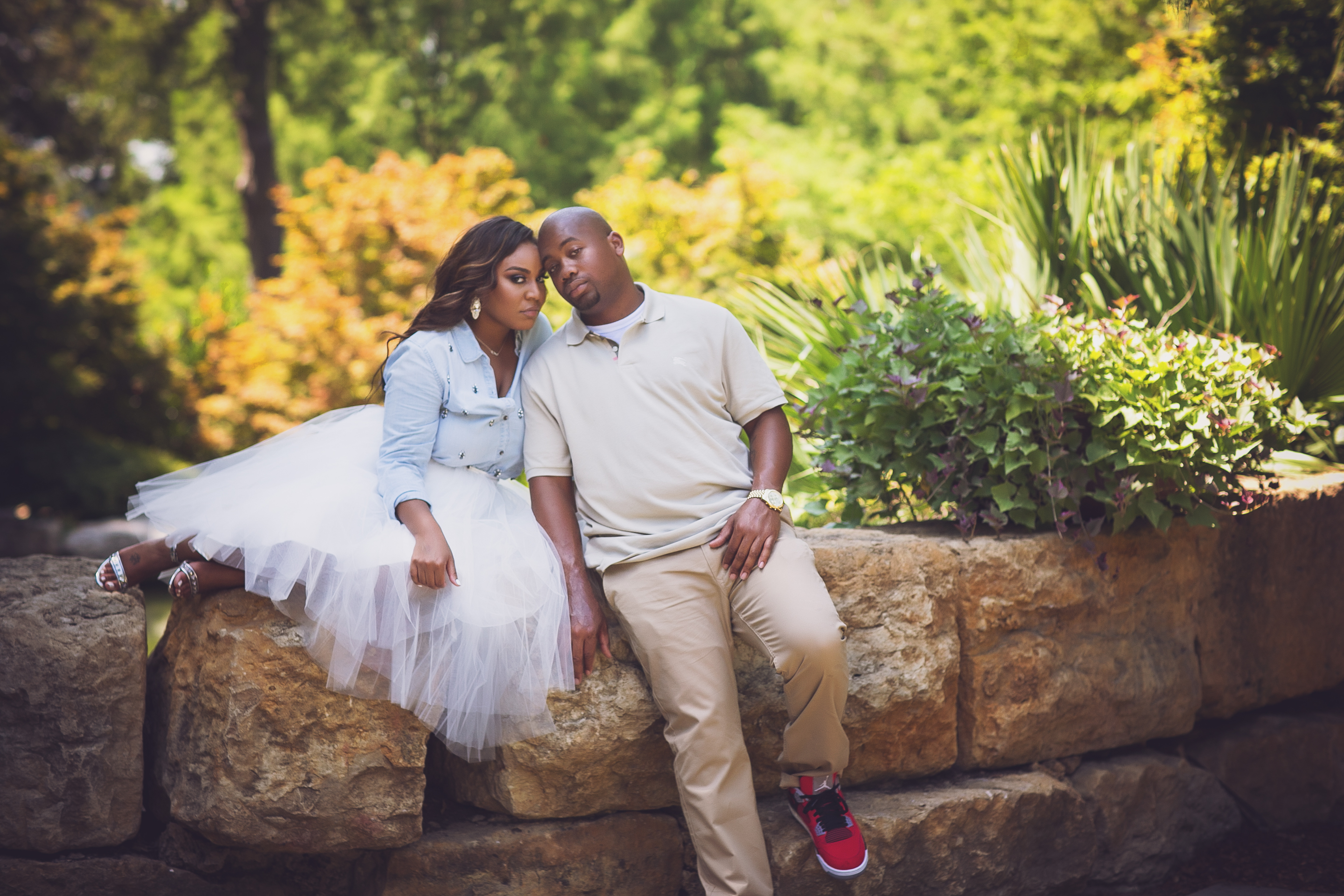 Davion and I will be married on Sunday, May 24, 2015. As my planning journey is coming to an end, I find myself feeling bittersweet about it all. As crazy as the past year has been, I am in the most happy and exciting part of my life, to date. There’s something to be said about the power of love and finally finding your better half and soulmate. As excited as I am about our special day, I am more excited about the days after the cake is gone, the guests have traveled home, and it’s just him and I building our new life and legacy.

The theme of our wedding is Dallas Romantic Glam. Think lots of sparkly bling and glitter with a color palette of fuchsia, black, white and silver metallics. We have incorporated images of the Dallas skyline in some of the wedding concepts because Dallas will always be a special city to us both now.

I am so excited to share with you all more details about my fiancé and I’s big day! I’ve experience a lot of highs and lows while planning my wedding celebration and I plan to give a peek into my world in the weeks leading up to #TheHillMcGillMerger. Stay tuned… 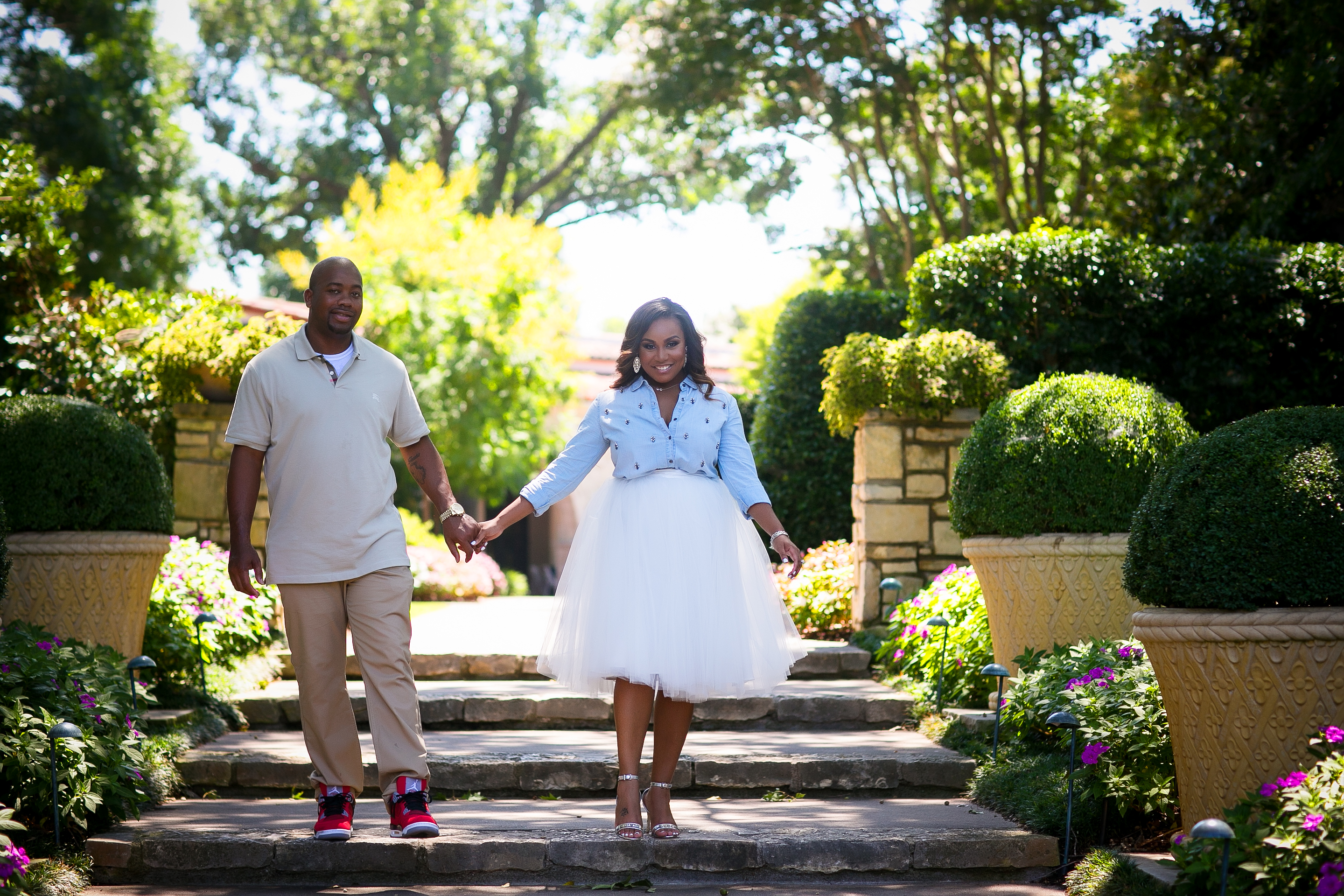 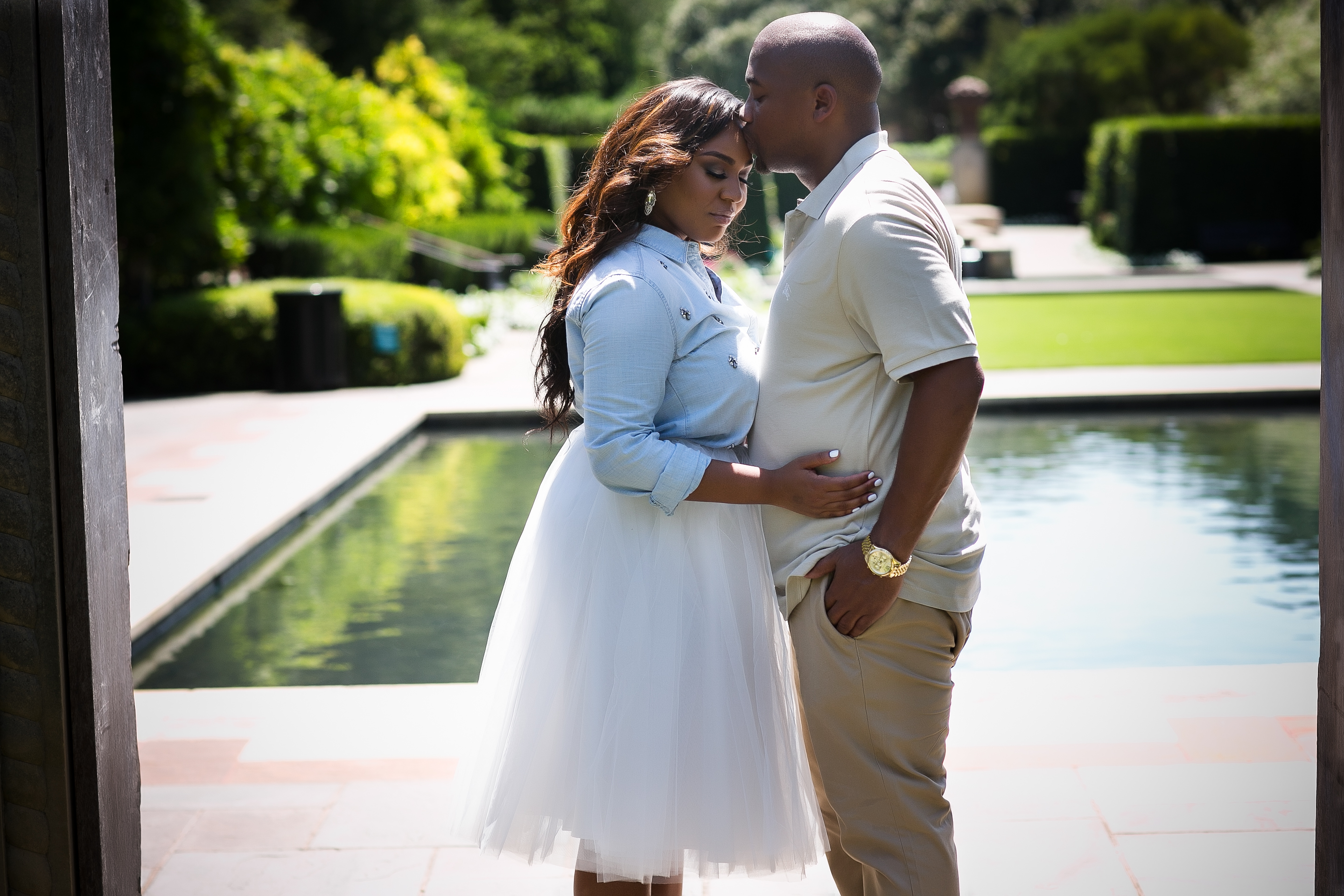 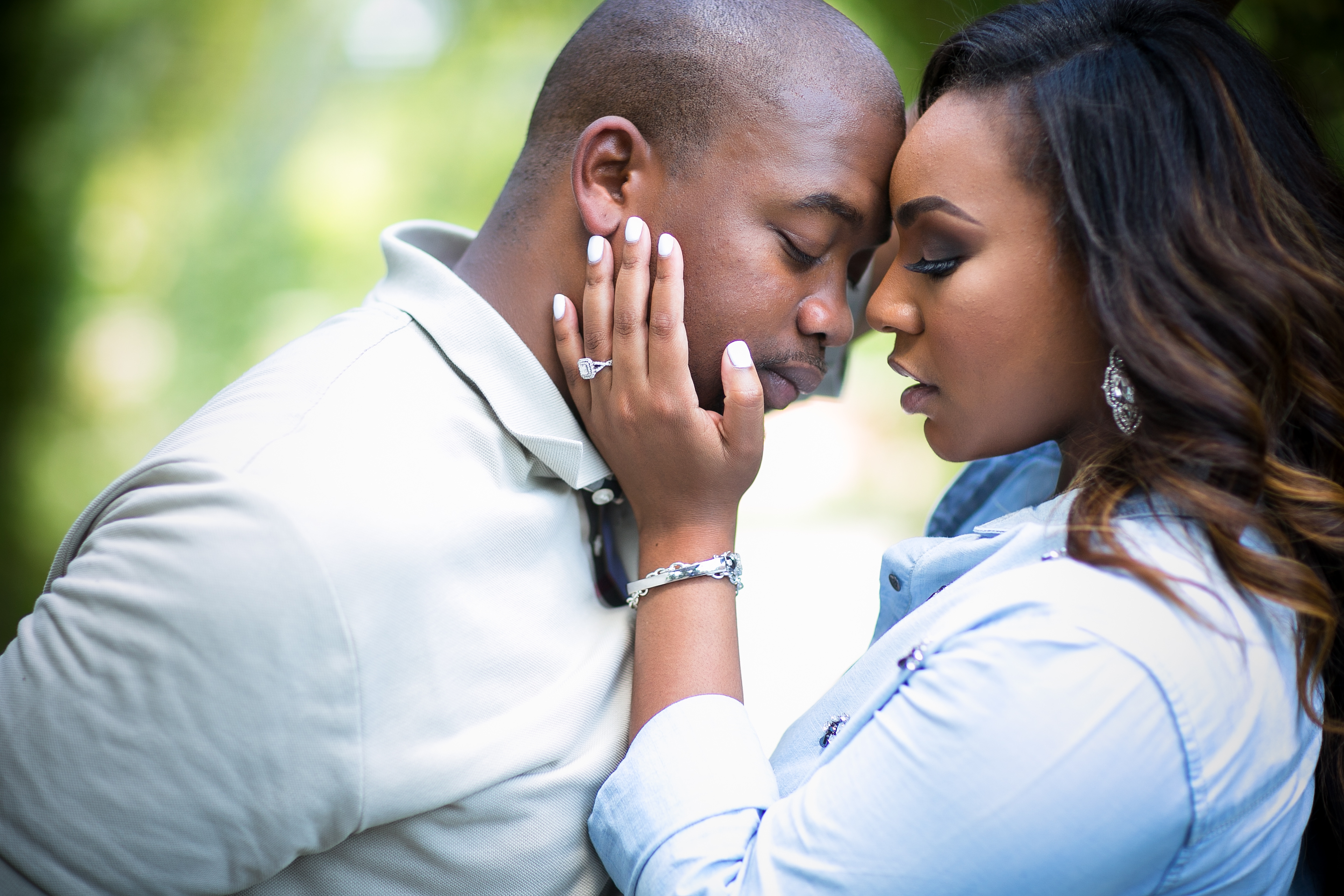 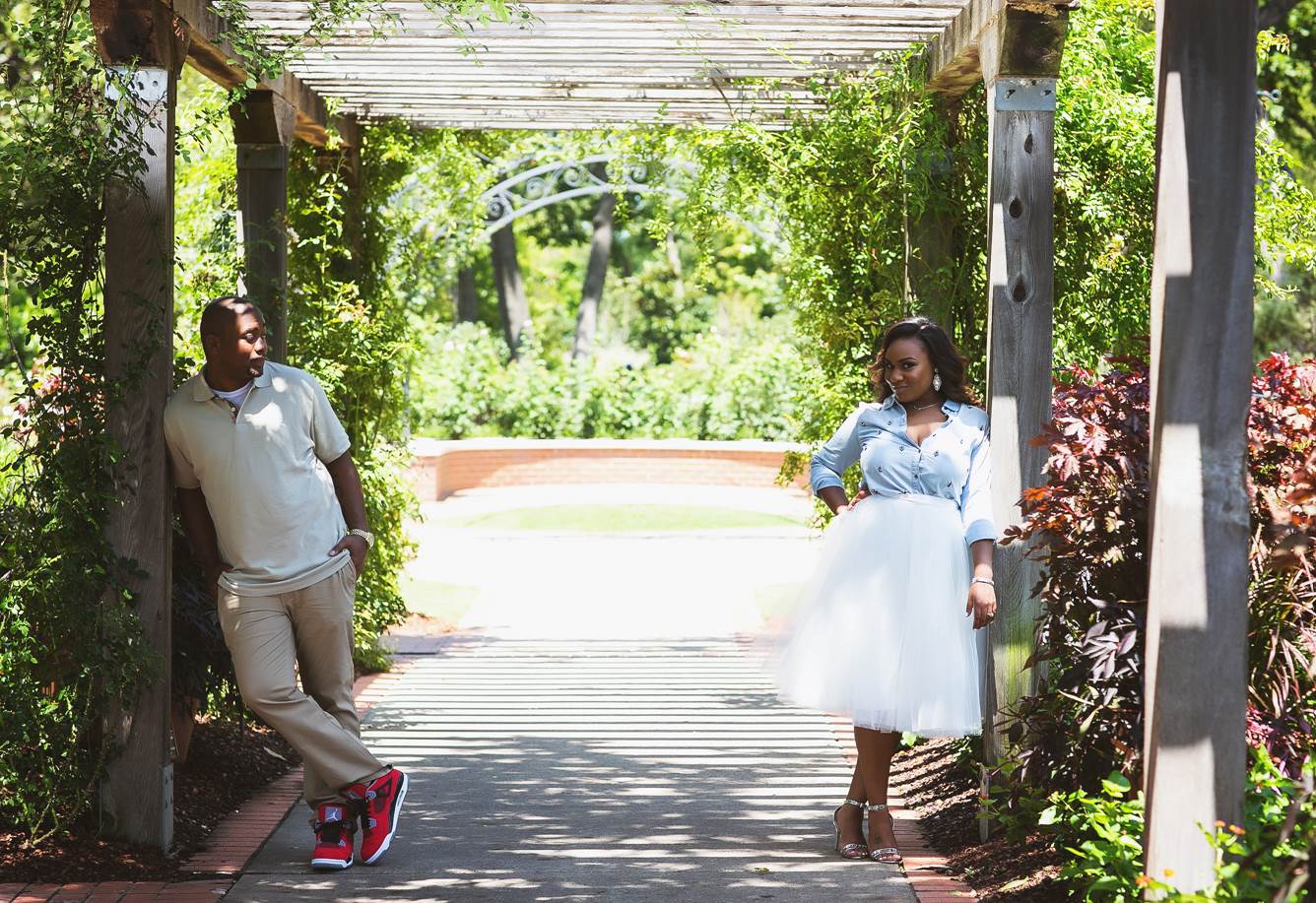 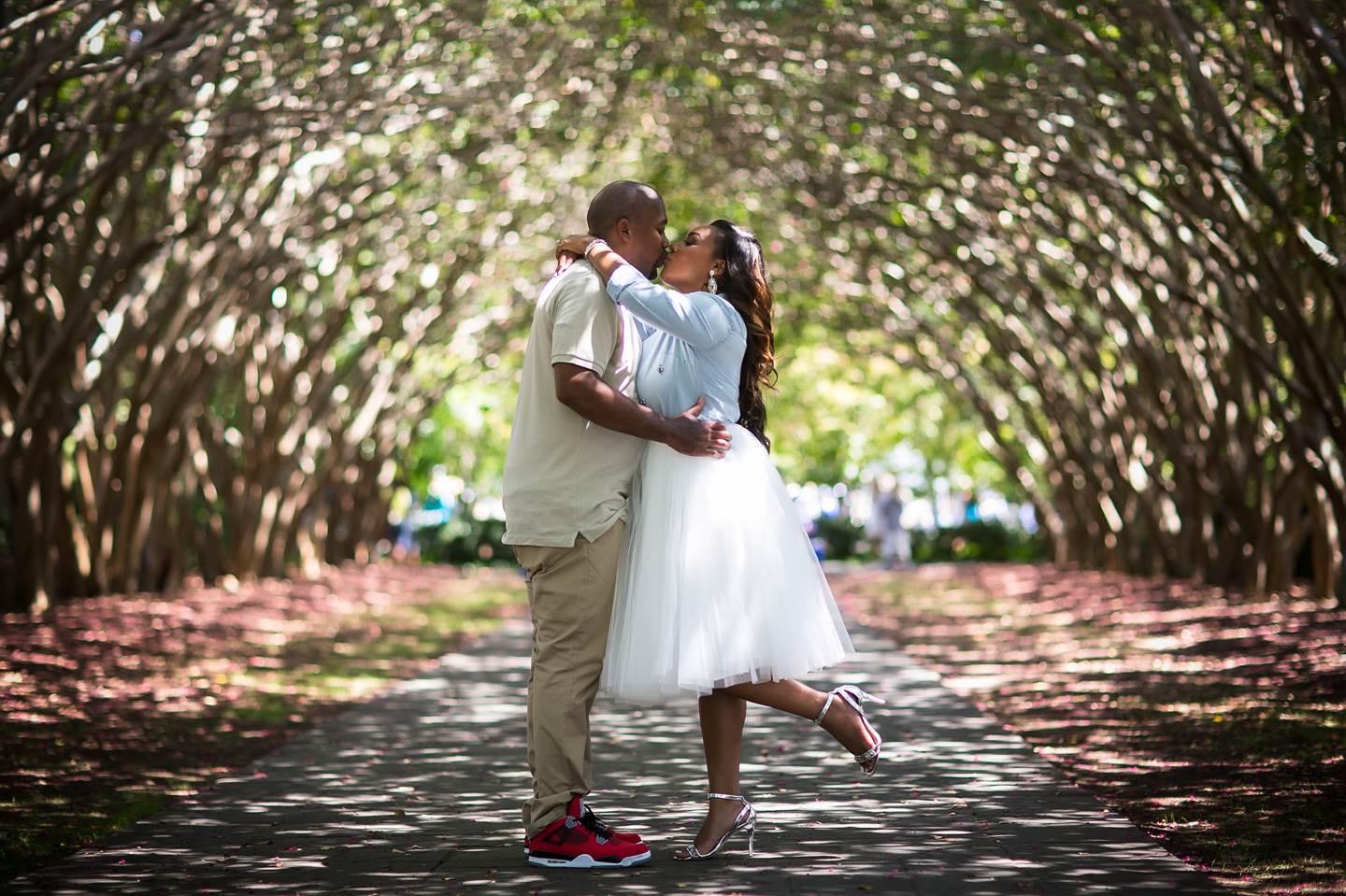 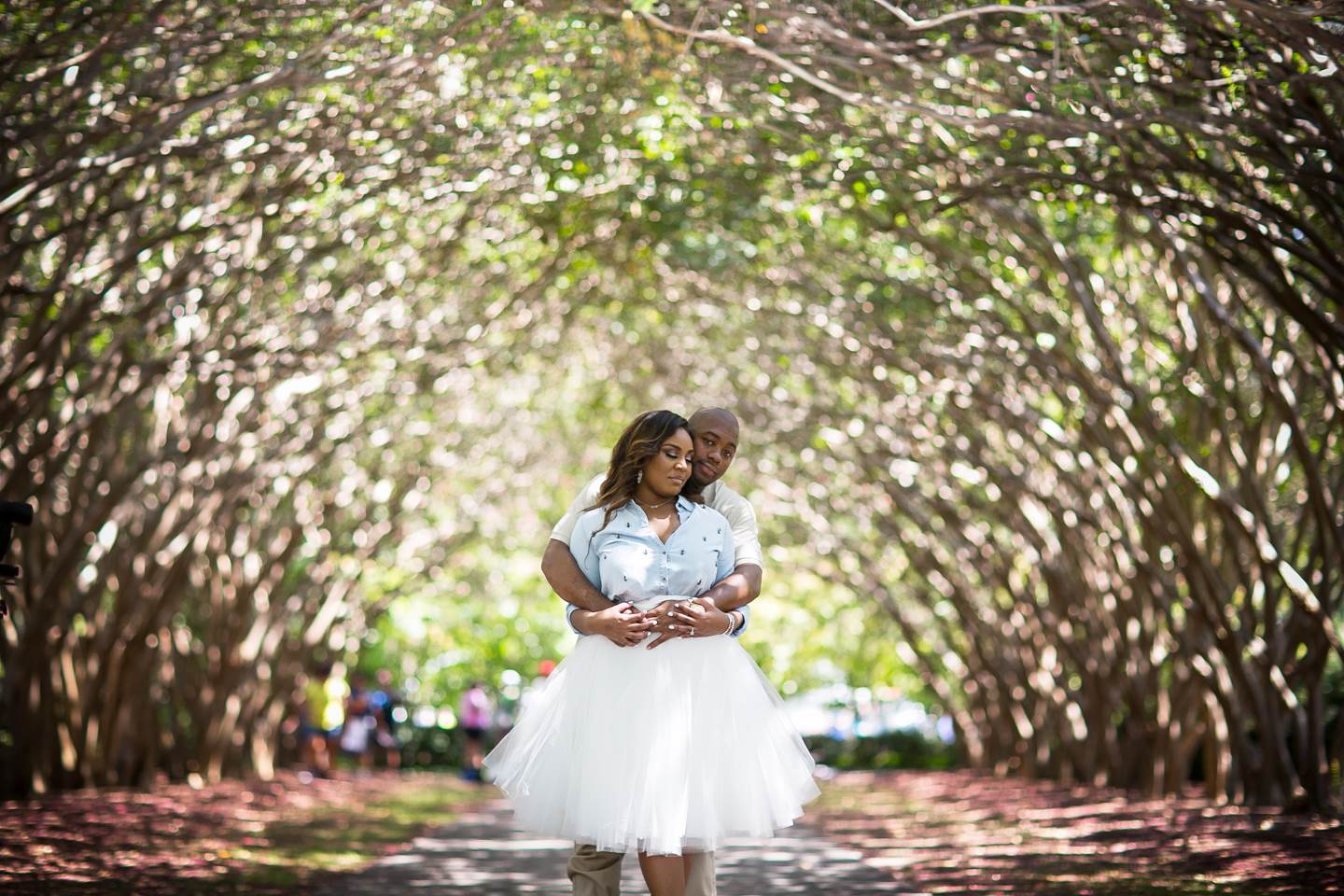 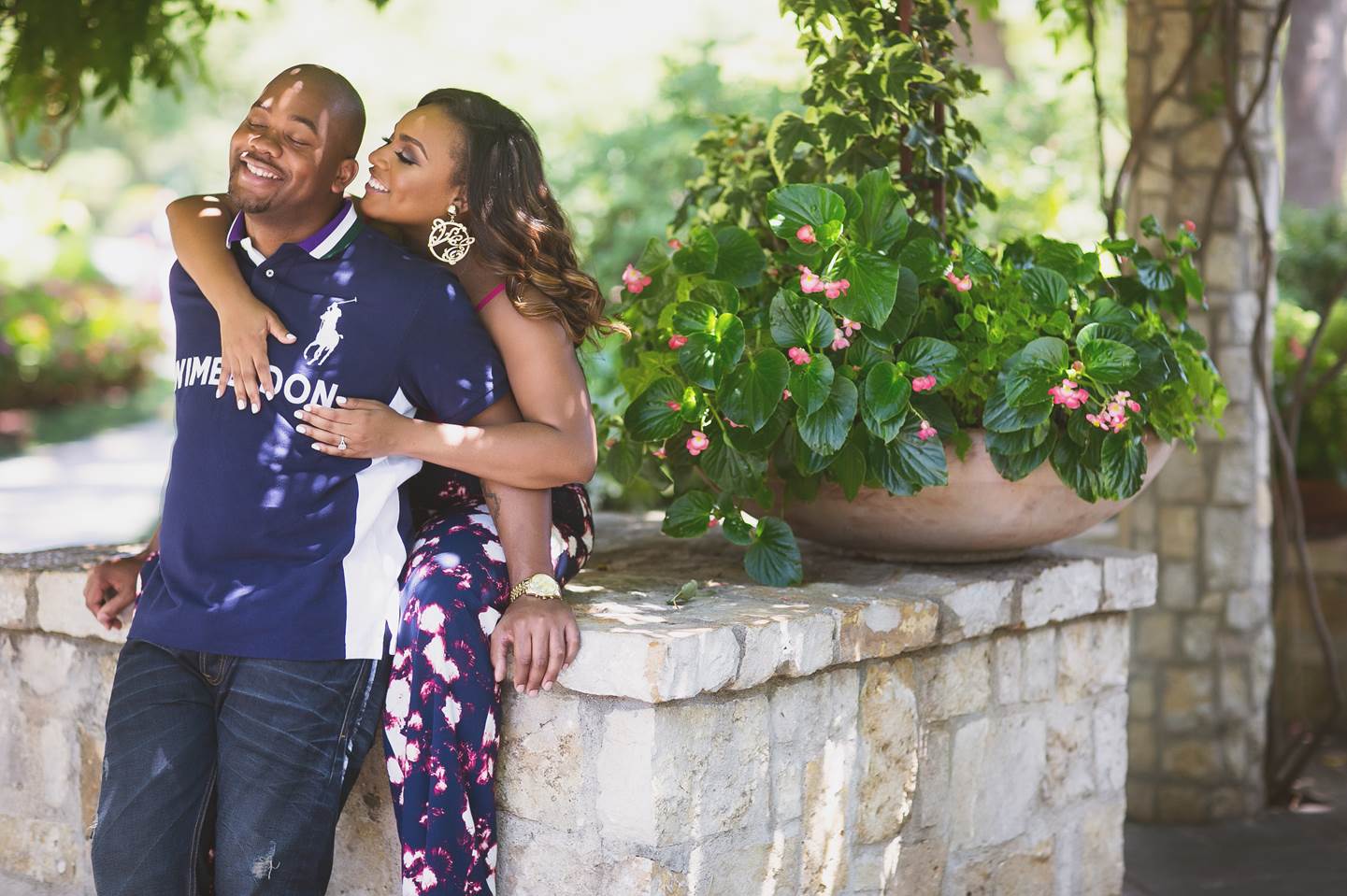 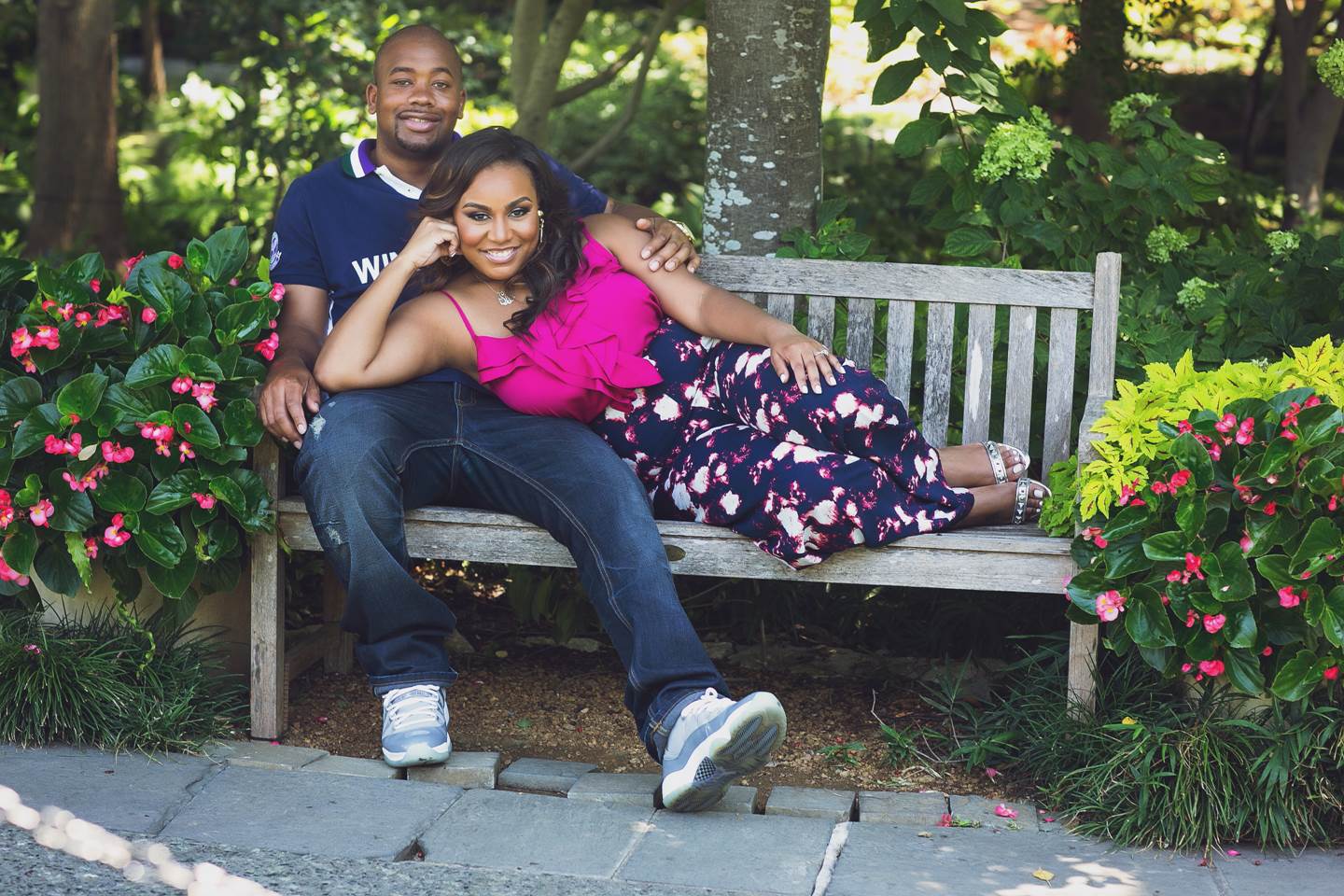 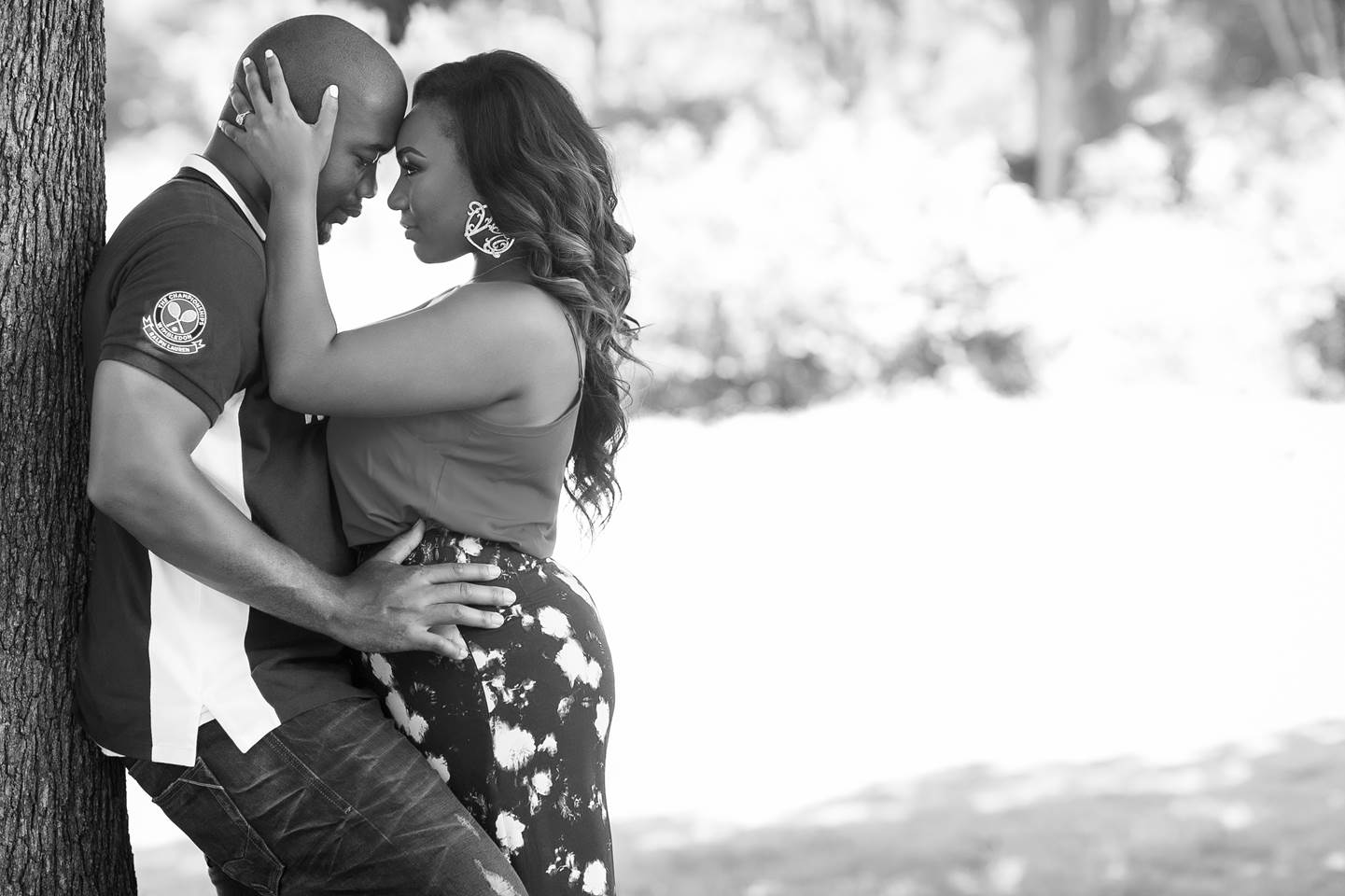 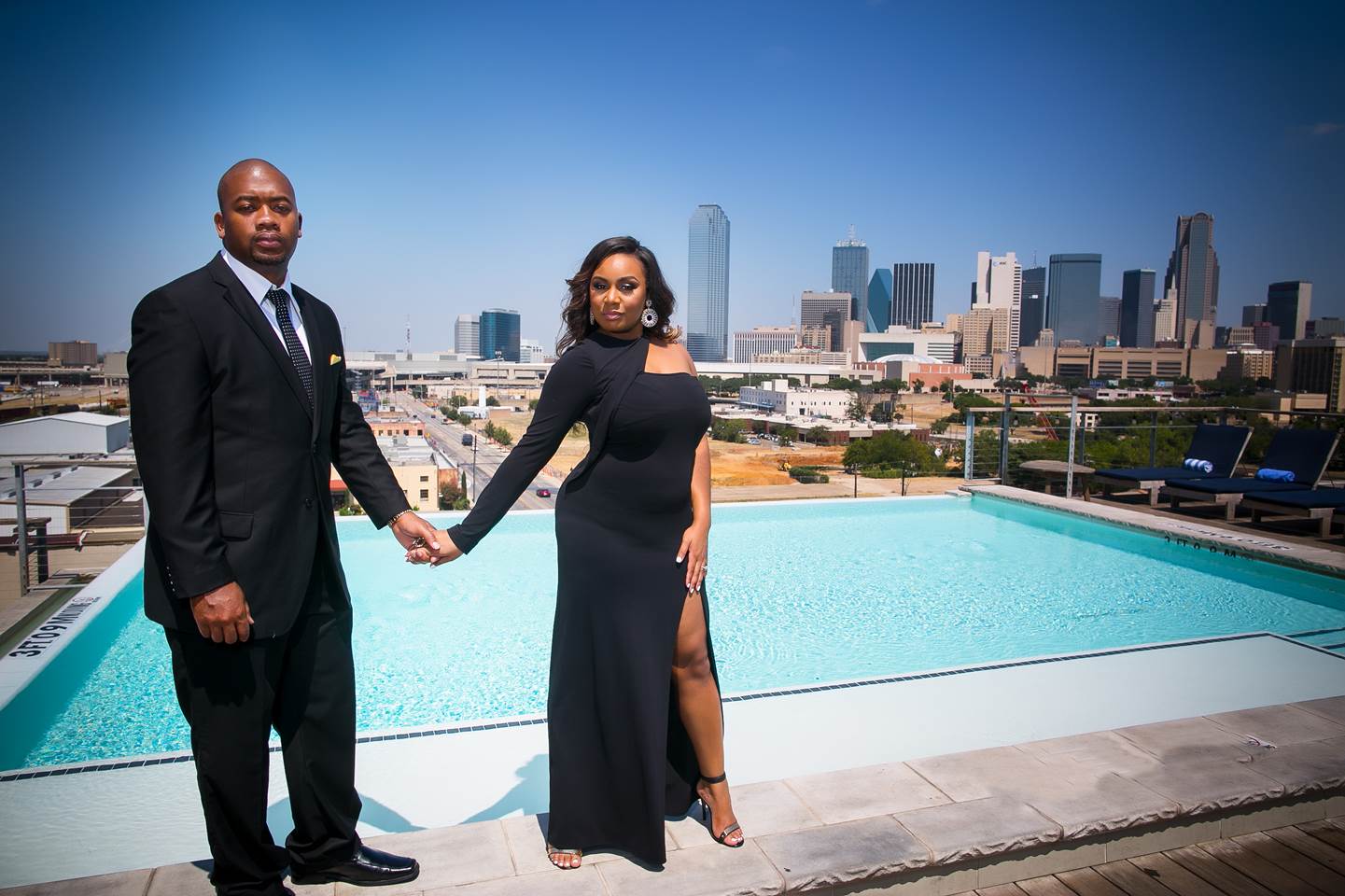 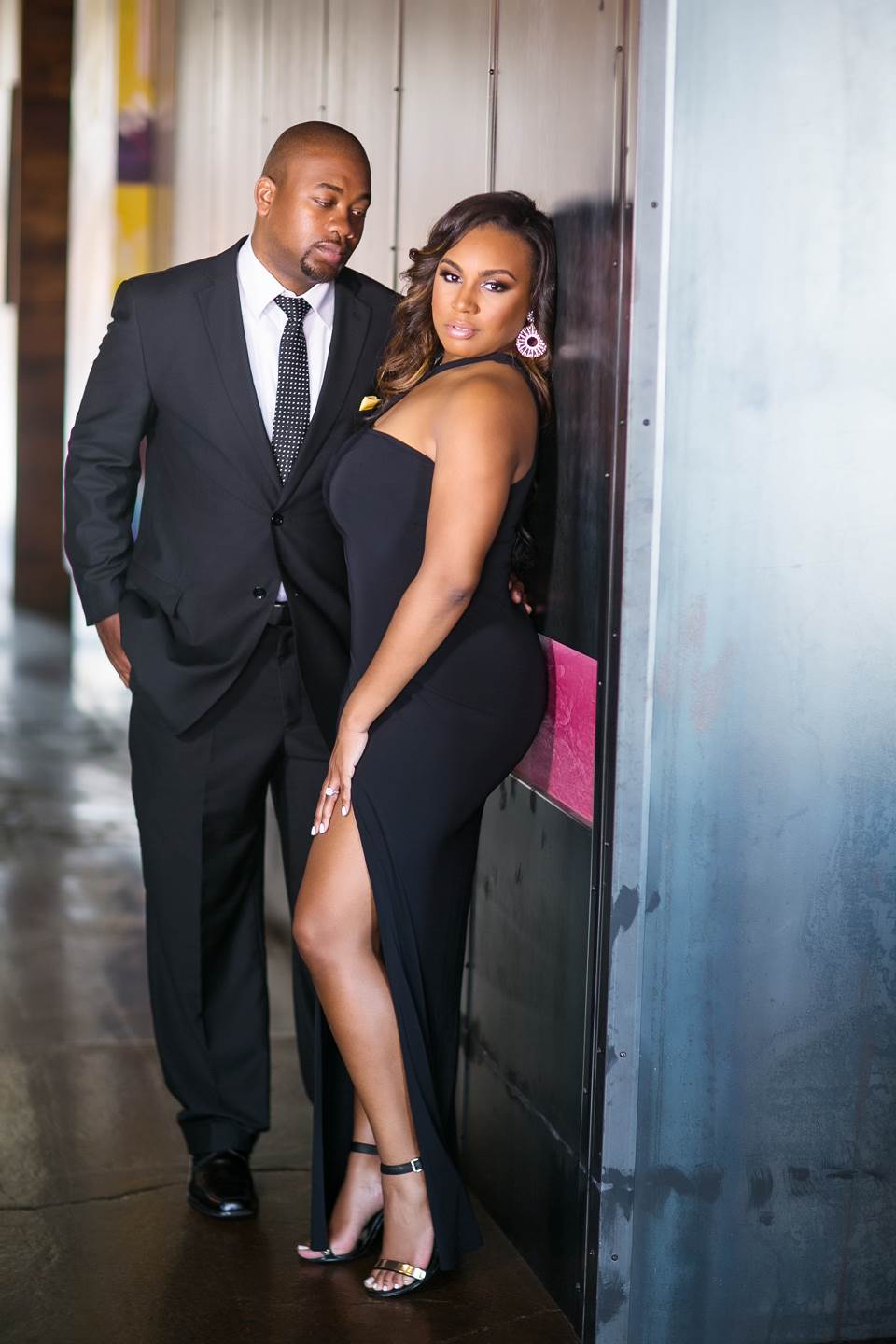 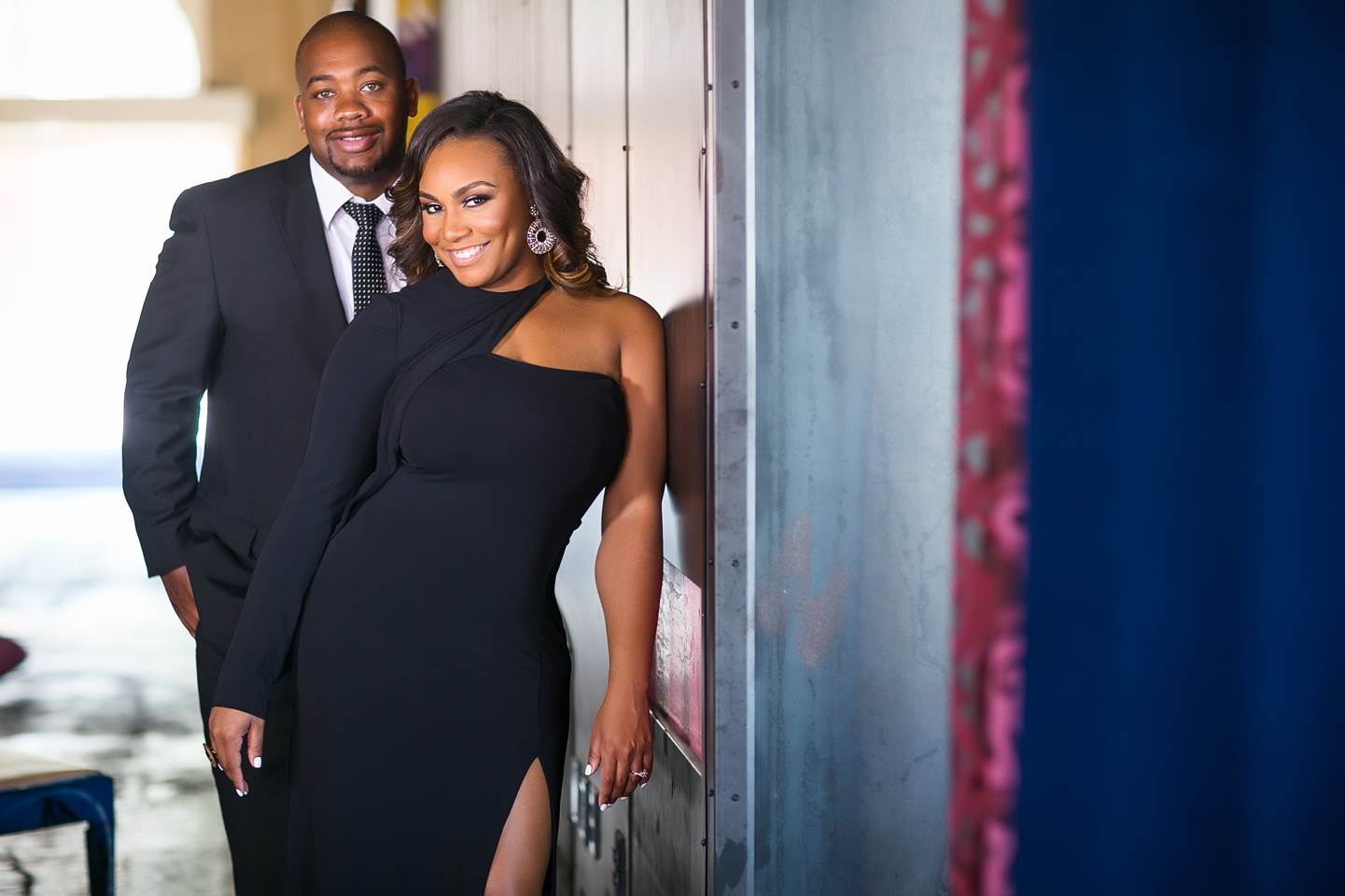 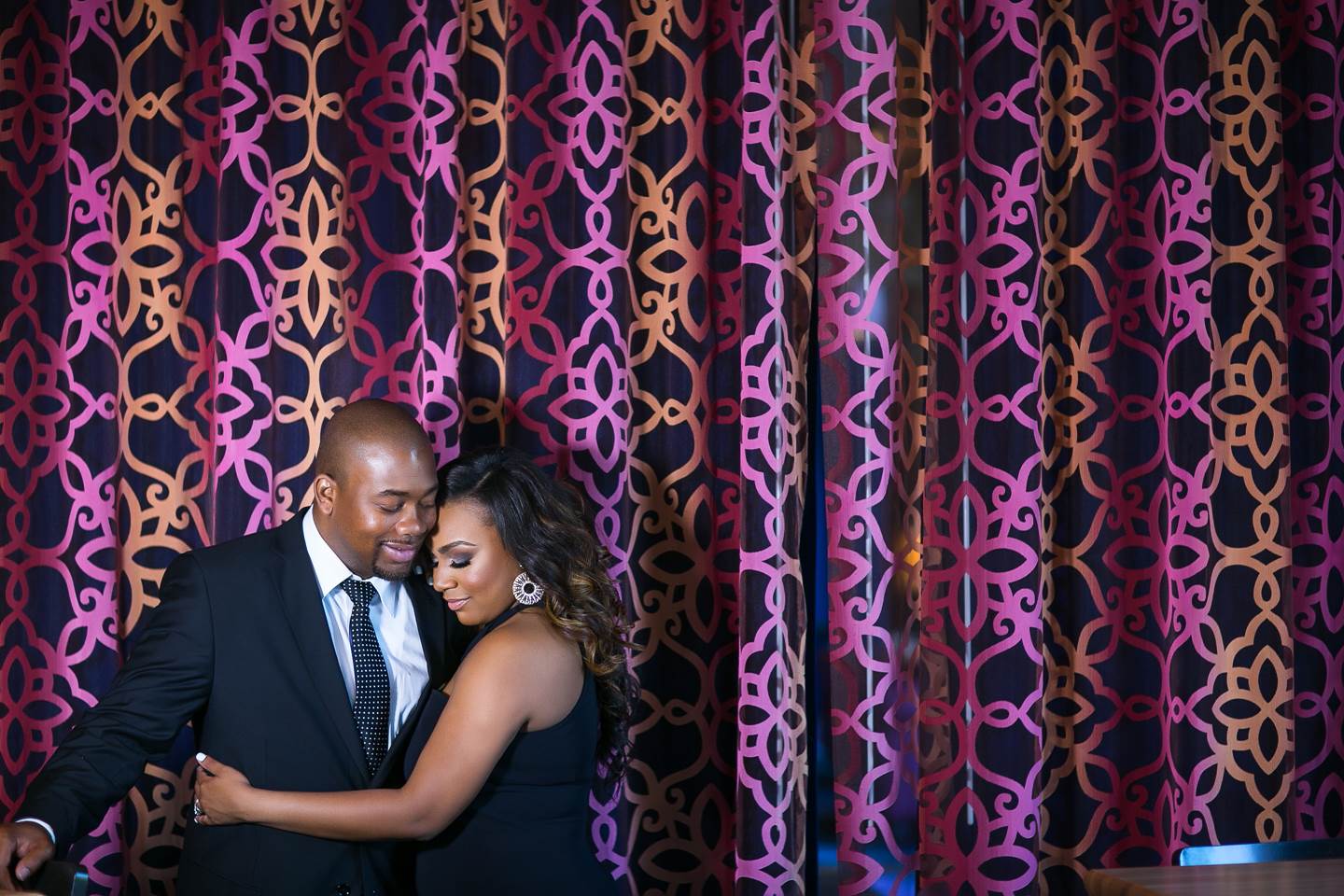 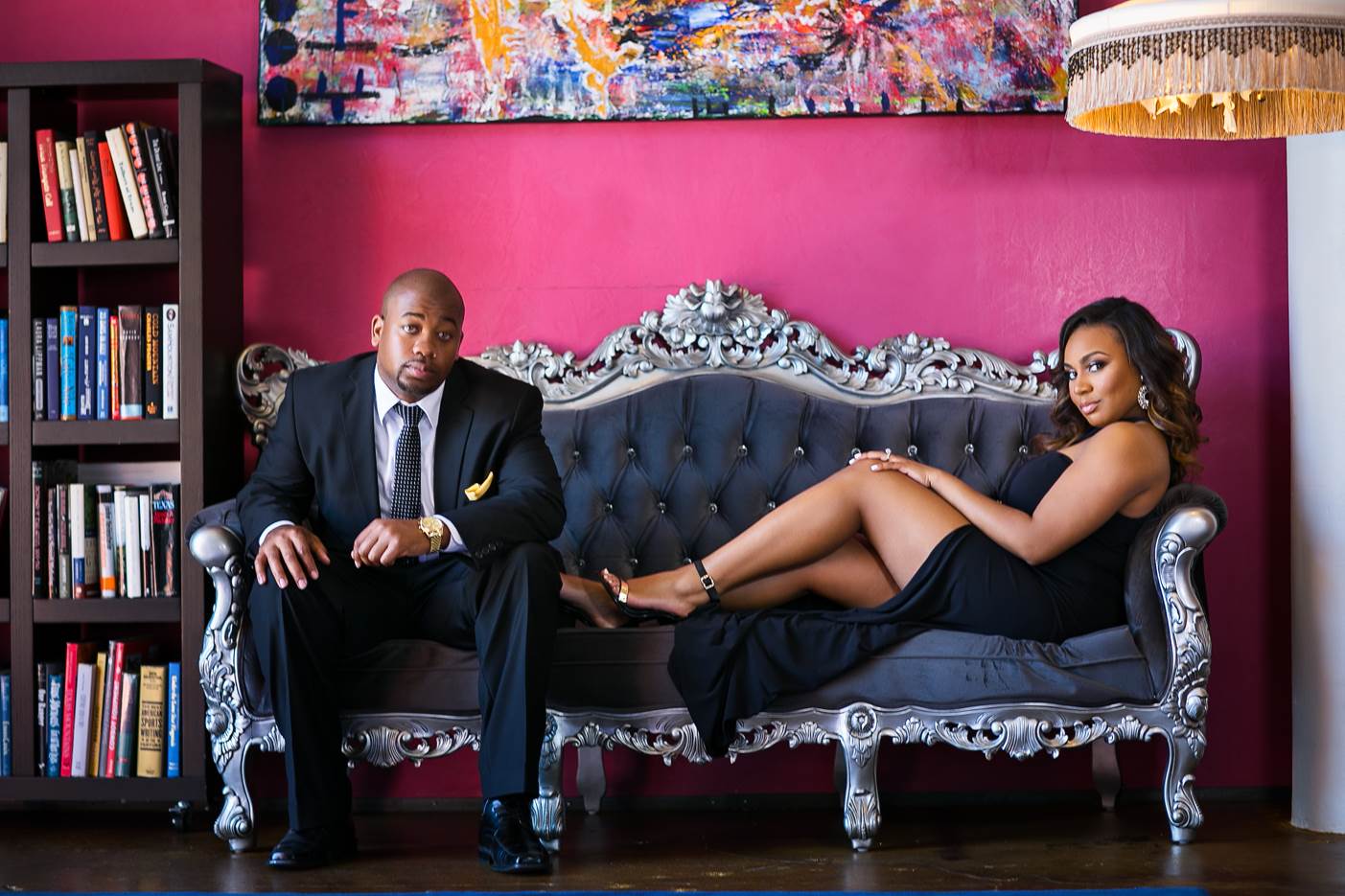 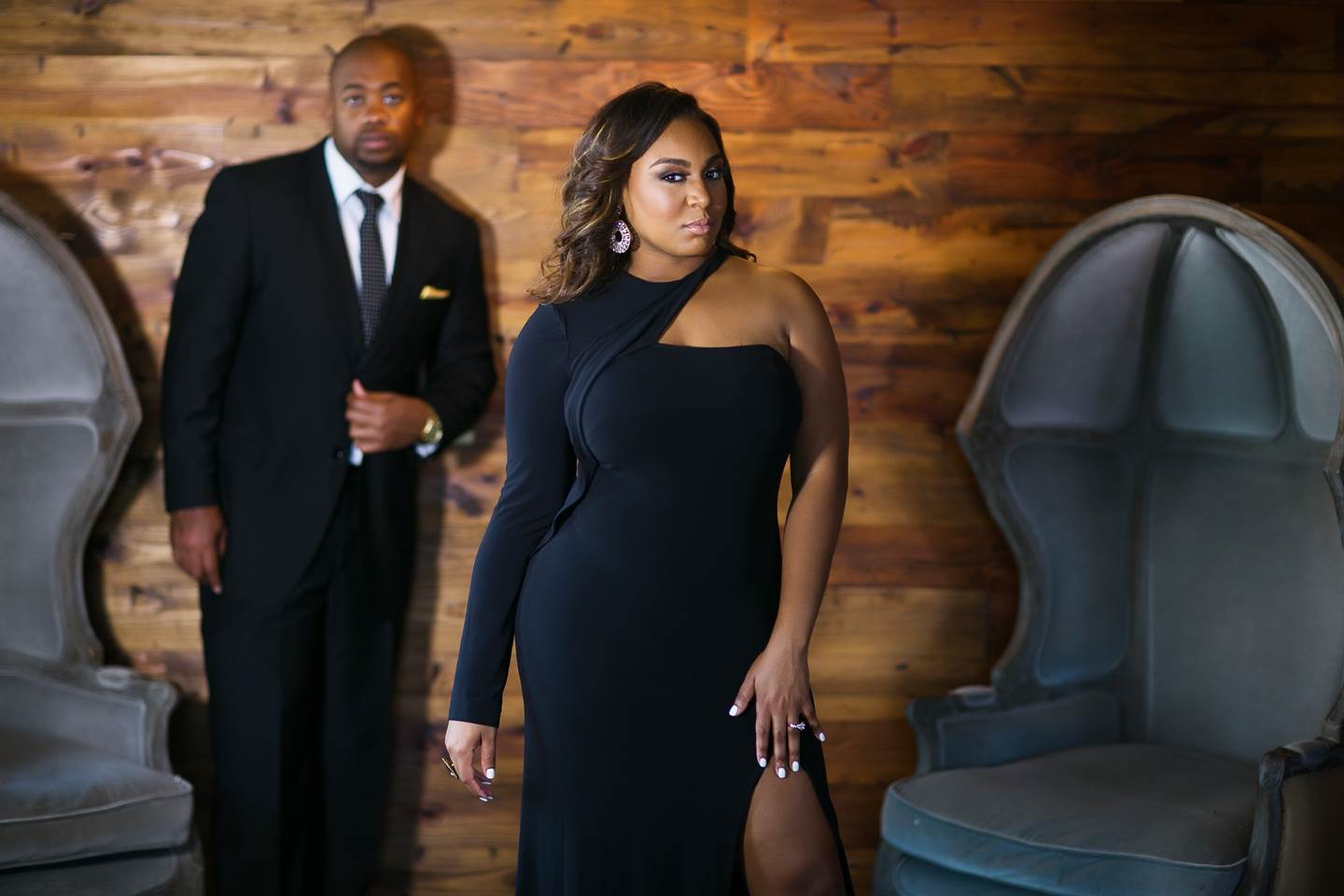 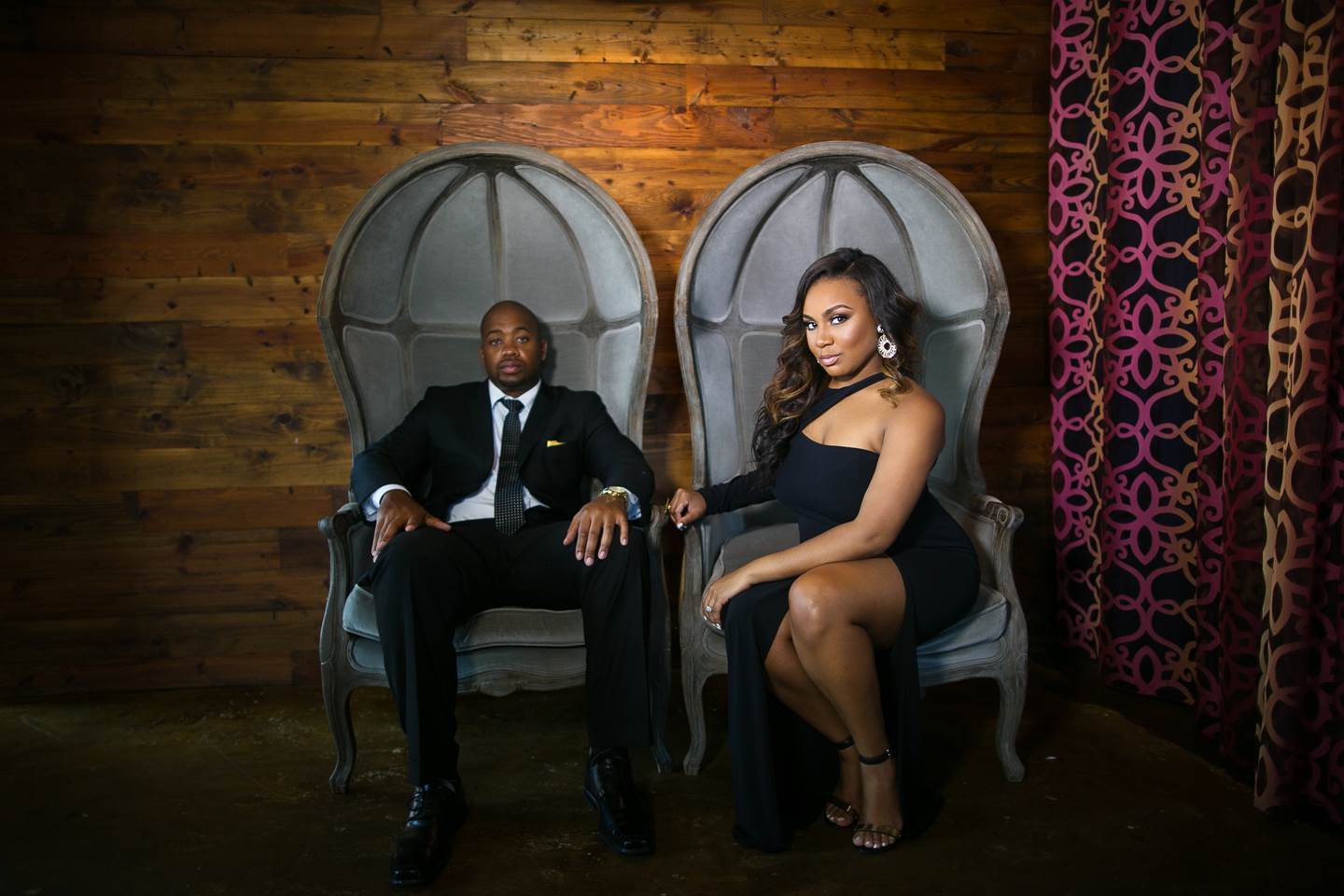