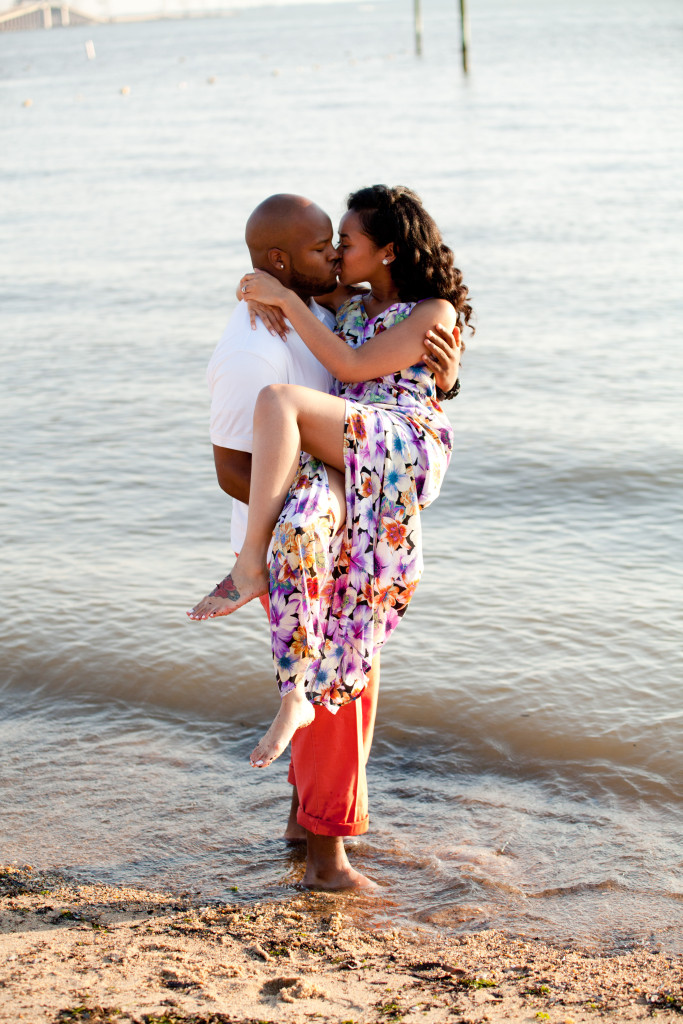 If you would ask me five years ago if I thought that I would be marrying the love of my life this year, I would probably say “no”. Our story all began five summers ago thanks to a mutual friend and to the famous Facebook. We were just a couple of college kids, him a football player and me, a small town girl with big city dreams. One day, while leisurely scrolling through my newsfeed, I commented on our mutual friend’s picture which Jacobi happened to see.  He then proceeded to view my profile picture and immediately reached out to our mutual friend asking for my phone number.  Our friend contacted me that night and said that Jacobi was very interested in pursuing me and that I should probably get to know him. I figured there’s no harm engaging in friendly conversation so I reached out to him. I quickly learned that he was a star football player and was slightly arrogant! Major turn off! Our conversations started becoming few and far between and after a few more unsuccessful attempts to court me, he finally gave up.

Our lives carried on with the usual college activities, classes, football games, until we have finally reached the end of semester; summer break. So while sitting at home on a Friday night, bored, I log onto Facebook to occupy my time. Only a select few people were available to chat and Jacobi happened to be one of them so I sent him a message. As you can imagine, he was thoroughly surprised and could have easily dismissed me but being the gentleman that he is, we conversed which lasted all night. From that moment on with each and every phone conversation we began to learn more about each other which then led to our first date. I could not believe how quickly I was falling for this guy who I was not interested in dating with all of his arrogance just a few months earlier. I learned that what I thought was arrogance was actually confidence because he is an inspiring, humble, God-fearing man with ambition and a vision for his future. After our first date, I was completely over the moon and we have been two peas in a pod ever since. 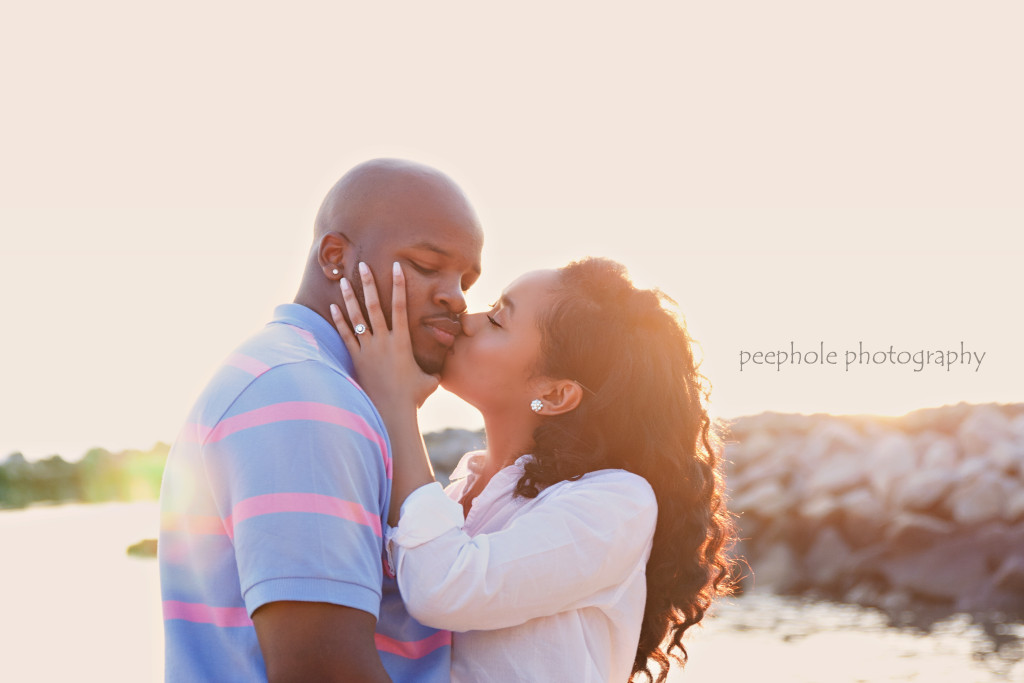 He popped the question on April 20, 2014 on Easter Sunday and I was completely surprised. He gathered our family at his parent’s house and everyone knew what was about to happen except for me. He told me that we would be having Easter dinner because he knew that I would not think anything of it. After we all ate dinner, we gathered around to play two games which were set up to lead into the proposal. The first game we played was a guessing game similar to Charades. One of his sisters intentionally won as a way to throw me off so that I did not suspect anything unusual. The second game we played was similar to the Newlywed game in which all couples had to answer questions about each other and whoever had the most matching answers won. This game was staged so that no matter what answer I gave, I won no matter what. So upon thinking that I won, I was given a prize box that contained candy and a small empty box. While I was opening my prize, Bruno Mars – Just the Way You Are started playing in the background. At this point I am still completely unaware of anything going on and I just thought the music was part of another game we were going to play. I am now still fiddling with my prize and out of my peripheral vision, I see Jacobi getting down on one knee. I am STILL oblivious to everything and I look up at Jacobi and just as I was about to ask him what he was doing, he pulls a tiny box from his pocket that contained lots of sparkle. Once I realized it was actually the ring, I jumped from my chair and ran off in complete and total surprise. After being chased down by his family and seated, Jacobi got on one knee again and asked “will you marry me.” With tears filling my eyes, I said yes! 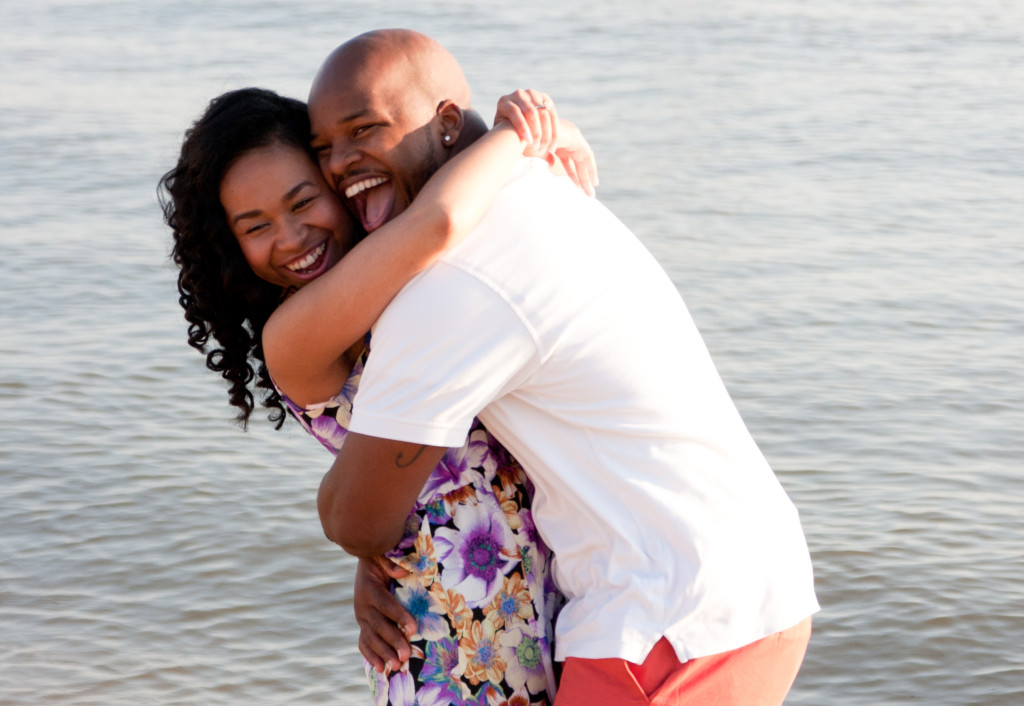 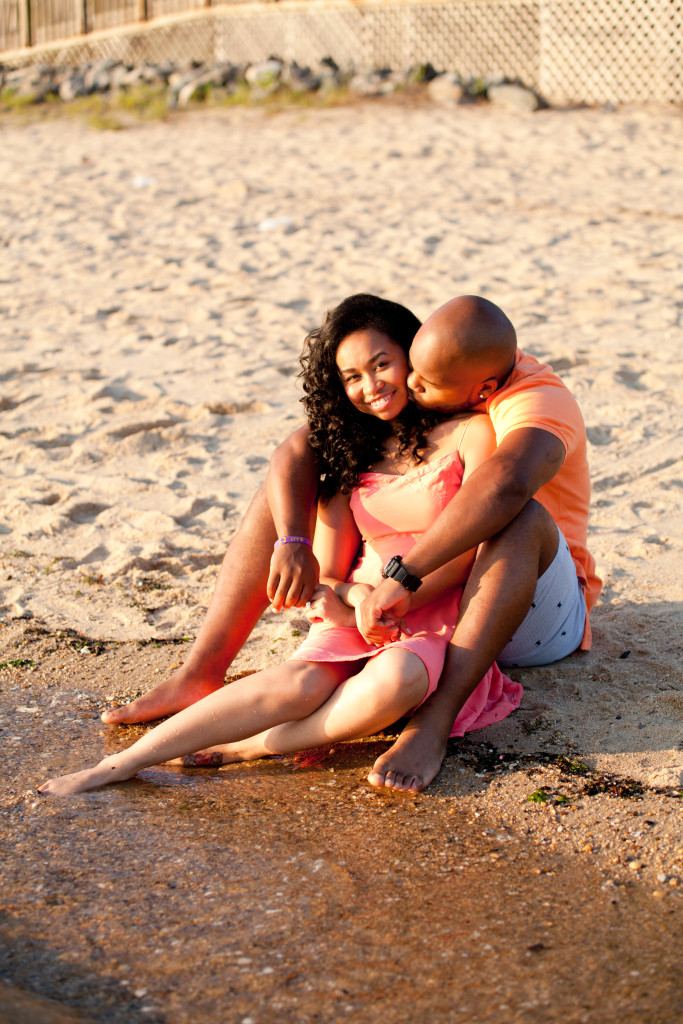 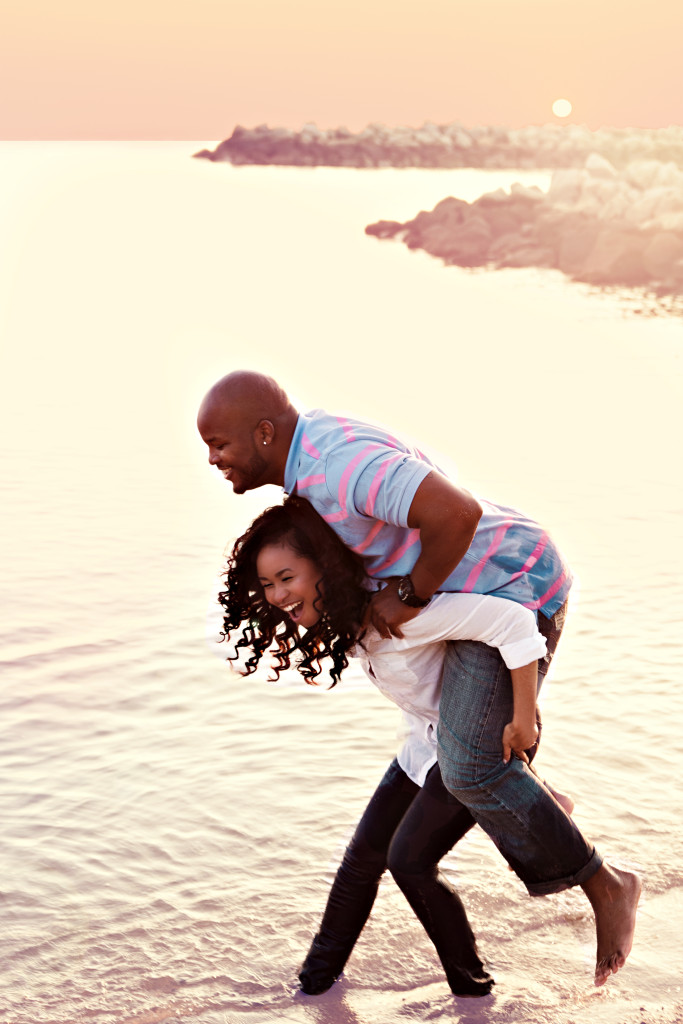 Ever since the proposal we have been planning for the big day. Over the course of the year, I have completed a few DIY projects for the wedding that I cannot wait to display. We set the date for August 01, 2015 giving us ample to time plan and save for our day. With 71 days to go, we are counting down the days with pure excitement! We will be wedded in Virginia Beach, VA at the Sheraton Virginia Beach Oceanfront hotel. 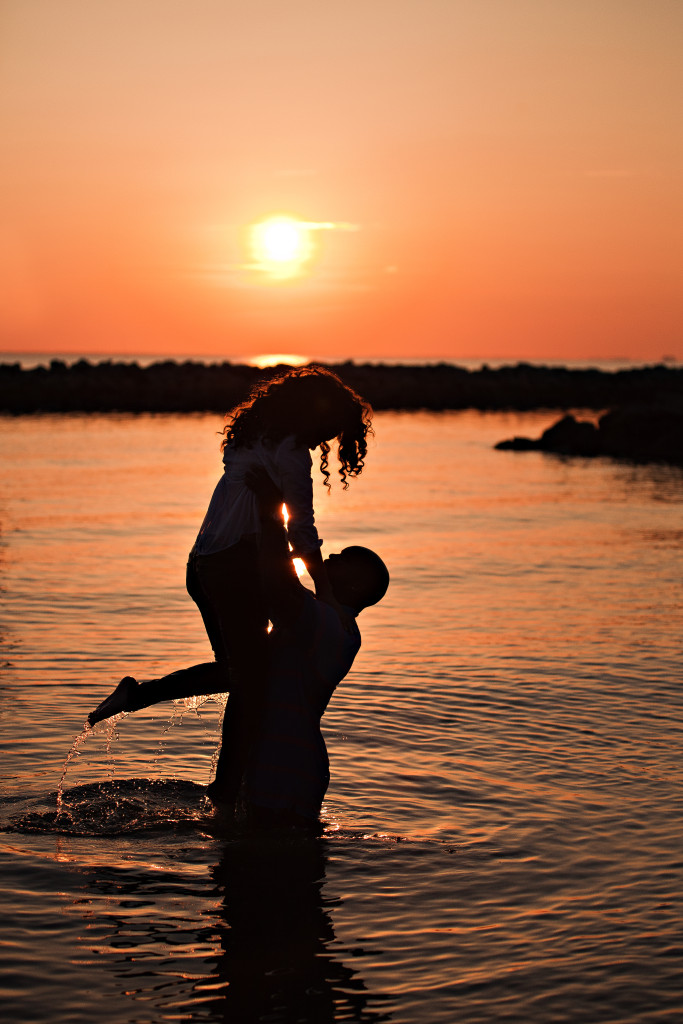 All images by Peephole Photography.